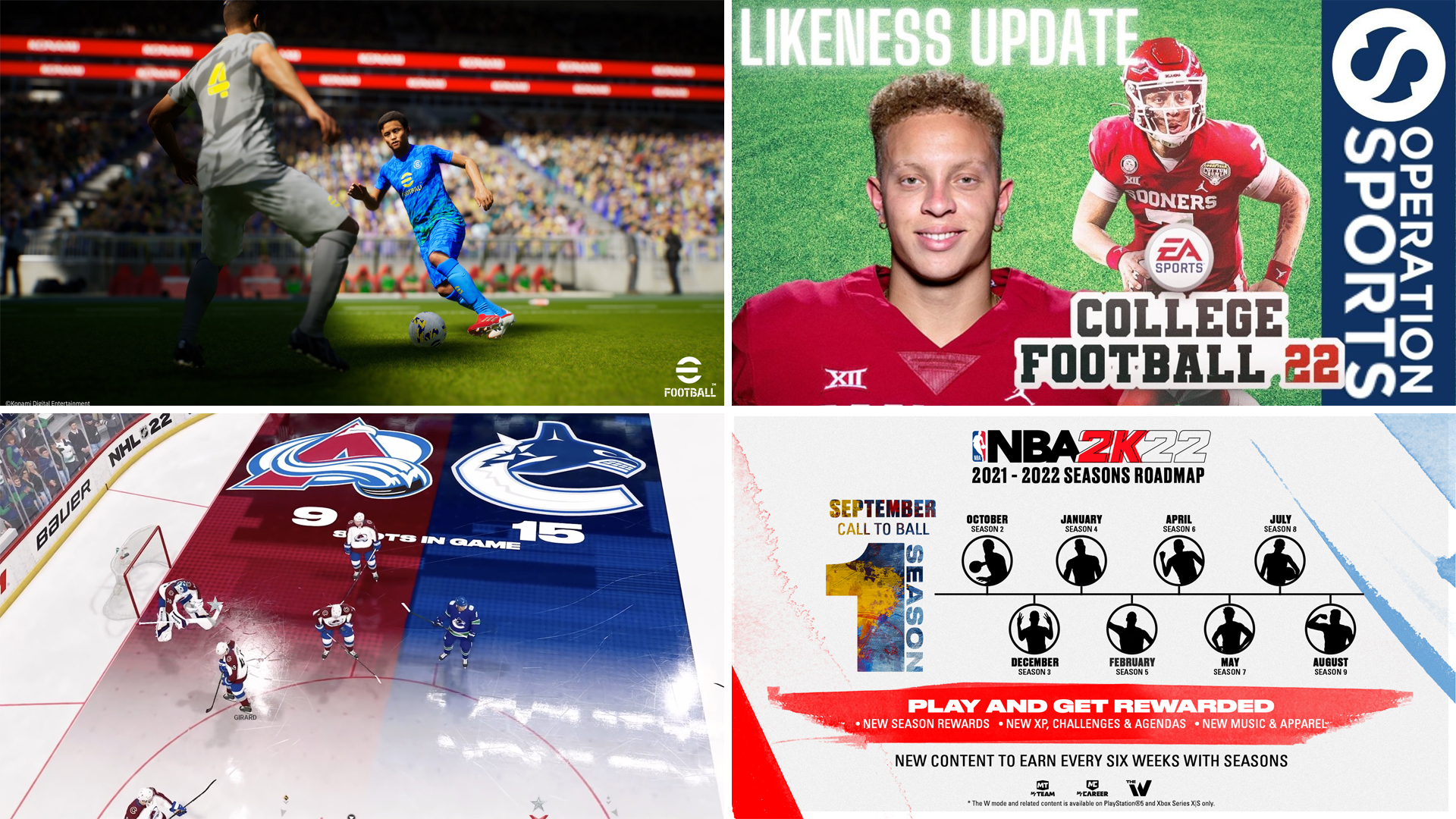 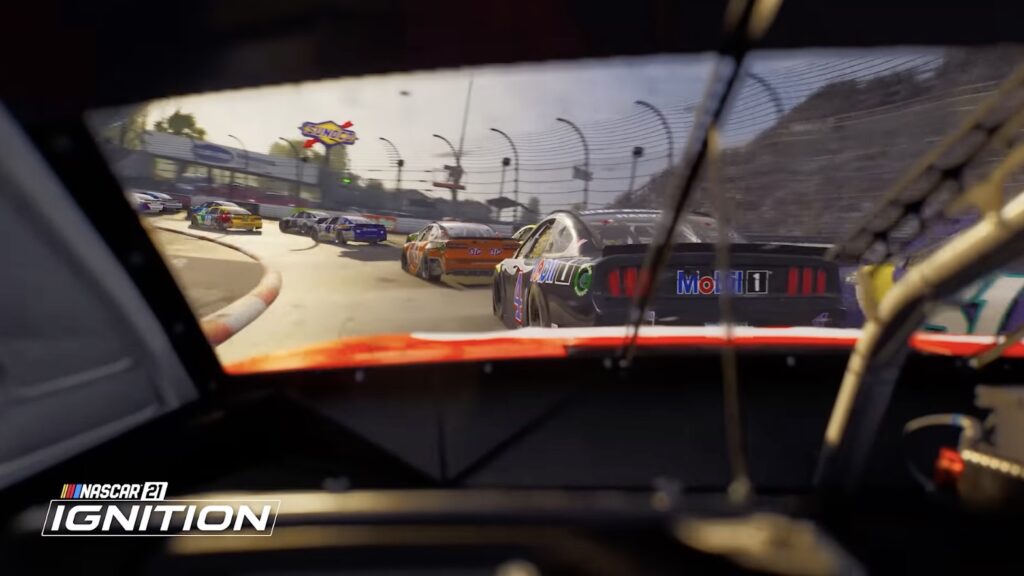 In this video, Prince discusses new tech EA may use to “seamlessly” update player likenesses for EA Sports College Football. It’s starting to feel real again, and this news bit EA dropped earlier this month we felt was just worth another chat as we gear up for another year of college football where there’s no video game tied to it.

In this month’s update for ESBC, the dev team touched on presentation and career mode (among other things). This is all based on the most recent gameplay walkthrough and dev update. The major comments that stood out revolved around camera angles, shake/flashes, and combat/punches. In addition, we received confirmation that there will be multiple camera angles at launch. The camera angle that was displayed during the gameplay update seems to be a broadcast camera that rotated and zoomed in on the action when fighters were in a position to land punches. Another area of focus was around the shake and flash effects that generally happen when a well-timed hard punch lands.

Matt also checked in with a look at the first NHL 22 trailer EA dropped last week. Details are still scarce, and it seems like big changes are coming overall what with the change to a new engine, so this is going to be a pivotal year for the NHL franchise as it hops to next-gen consoles.

In this video, Matt discusses the takeaways from the WWE 2K22 trailer as well as the new release date info. We have fresh info coming off SummerSlam, and in a way it’s a relief. We had seen and heard so little that a delay makes sense, and it also at least puts some fears to rest that this series will be rushed once again. It does not mean the delay will lead to a “winner” either, but at least the development team will be given a little more leeway to try and find a path forward. 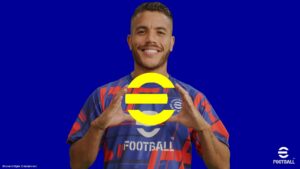 It’s the time of year where yearly partnerships via licenses are announced. As eFootball builds up to its showing at Gamescom 2021, Konami has announced a partnership with the MLS Players Association (MLSPA). Before MLS fans, including myself, rejoice, it’s important to note that this doesn’t guarantee the MLS’ inclusion in eFootball as a complete league. What the MLSPA’s inclusion does mean is that all players who are in the MLSPA will be included in eFootball for the first time since Konami’s ESPN MLS Night, which was released way back in 2000. 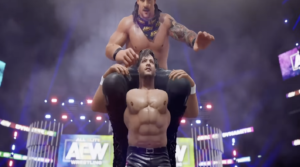 Last week was All Elite Wrestling’s second episode of Rampage, and the entire world was watching as CM Punk made his highly-anticipated debut. Naturally, the first thing I wanted to do was run downstairs, fire up the PlayStation 5, and play an AEW video game. But with no “true” AEW game currently on the market to hold me over, and the last several years to think about the perfect wrestling video game, I thought it would be fitting to put together my AEW video game wishlist. 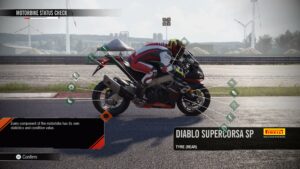 When I did the preview for RaceWard Studios’ new motorcycle sim, RiMS Racing, back in July, it was a game where the more I raced the more I wanted to race. There was a steep learning curve I did not fully appreciate until some real time was spent with the title. The preview I did gave me a glance at a title that was trying something different than most, and that had me very excited. Now it’s time to find out if different means better in our RiMS Racing review.

When it was announced that a soccer game would be featured at Gamescom on August 25, many of us thought that the Konami PR folks were up to their usual shenanigans. Konami teased that eFootball would be shown on August 26, but with EA missing from the event, many believed that Konami had its information incorrect. Instead, a new footy game was teased, this time by Strikerz Inc. So here’s all we knowabout the UFL soccer game and Strikerz Inc. 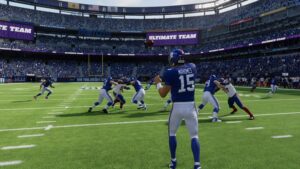 The release of Madden 22 has been accompanied by some of the usual favored activities by some of my brethren: online games where people insist on calling the same play over and over again, endless gripes about player ratings, likenesses and gameplay glitches, and of course that old card-collecting staple of a mode in Madden Ultimate Team. That’s right, fans of building their own unique squad can prepare for another season of grinding mindless solo challenges, figuring out the best way to upgrade player cards to their absolute peaks, and negotiating all sorts of new currencies within the mode to the point where you can hardly figure out what to do with any of them.

Before we get into the details from the trailer, let’s talk about the trailer in general as a marketing tool used to create hype for the game. In this respect, it’s an extremely poor trailer. First and foremost, the blue and yellow color scheme is atrocious and distracting. Furthermore, the font selection makes the text very hard to read. Speaking of the text, whose decision was it to put walls of text throughout a gameplay trailer? We’re trying to see actual gameplay and graphics, save the text for your website.