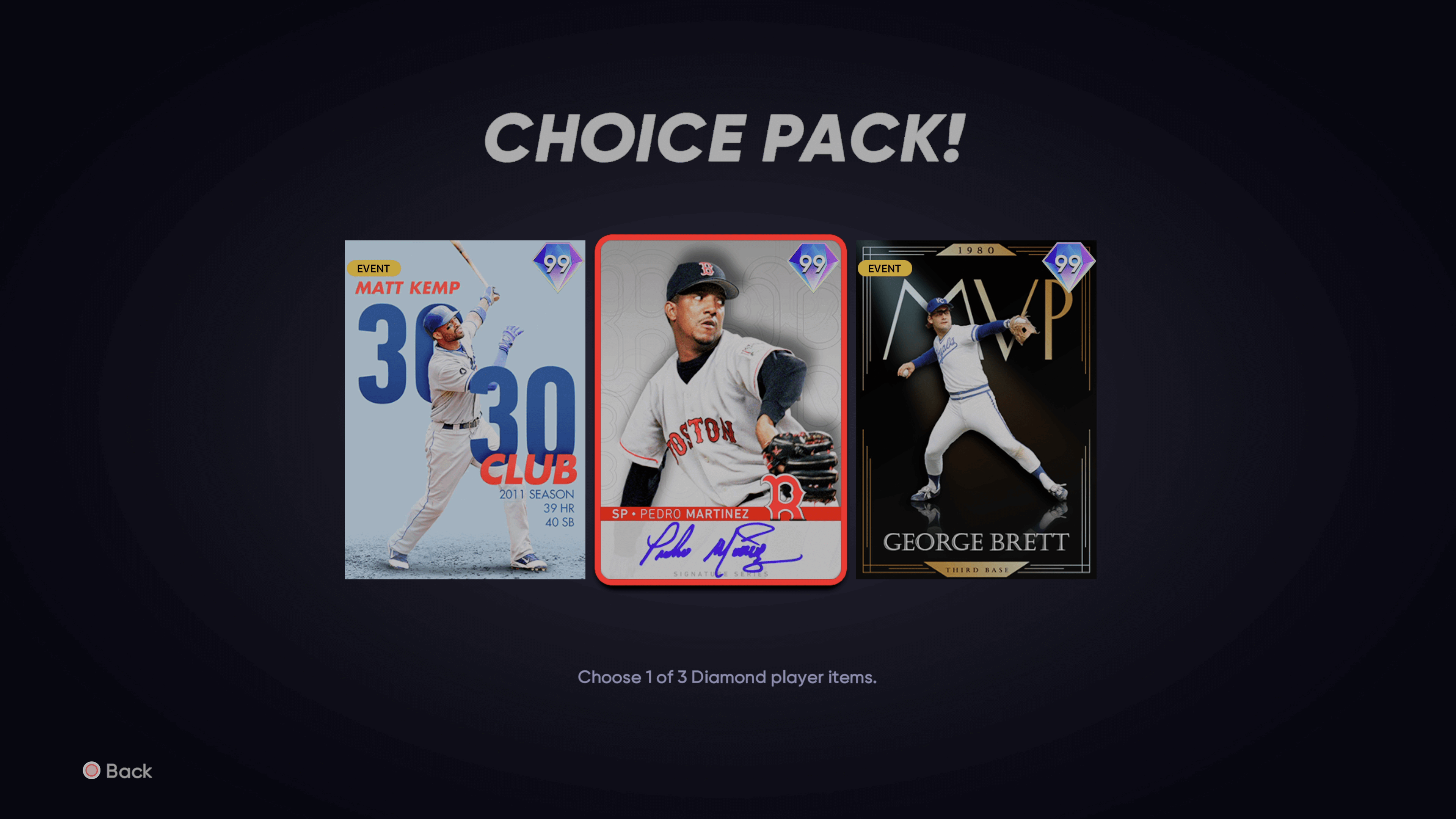 The 6th Inning is here in MLB The Show 21 Diamond Dynasty. Going into things, we did find out who all three bosses were before launch, and I think it’s fair to say waiting until today to release 99 overall Pedro Martinez was a good call. This is a card I have been looking forward to, even with us getting two previous Pedro diamonds, and I’m stoked he’s finally in the player pool. Joining Signature Series Pedro Martinez is Awards George Brett and Milestone Matt Kemp. The final reward here at 650K XP remains the 90+ overall Live series diamond (just like last month). We do get a 2021 All-Star Game pack and Home Run Derby pack towards the end of the program as well. This new program will end 28 days from now, and the three new bosses will be available at 350,000 XP.

Looking at the bosses, I do think it’s fair to consider them “slight” disappointments in the grand scheme of things. Signature Series Pedro Martinez does not become the de-facto best SP in the game. I would argue he’s probably in the running, but Nolan Ryan and Justin Verlander both have cases that probably beat his out, and deGrom probably only goes below him due to lacking certain pitch types. I would put Pedro in with Felix Hernandez and Lefty Grove in that tier right below Verlander/Ryan. He has 102 H/9, a 20 mph difference between his fastball and circle change, plus he has a sinker. He also has 99 control of his 4-seam and change, and his lowest control is the 84 attached to his curveball.

With George Brett, I think it’s more of the same here. I don’t put him above Chipper Jones or Mike Schmidt at 3B, but he’s probably in the running from there on out as the best player right outside the top-top tier. Brett has 124 contact vs. RHP, 121 vision, 84 fielding, and then 69 speed. His power is not insane, but he’s a really good all-around player who can also play 1B if needed.

Matt Kemp is a little trickier to talk about. He is arguably the best at his position if we only factor in primary position. It’s easy to make a case he’s the best “pure” CF in the game now, but it’s also easy to argue he’s not a top three outfielder if we take secondary positions into account. The best outfield you can throw out there probably has Vlad Sr. and Mookie Betts, but you can move Mookie to 2B, and then it becomes a toss up between a whole bunch of players for who makes up the other two spots — and the list would include Kemp. Kemp has 109 contact vs. RHP and 125 power vs. LHP, 69 vision, 87 speed, and 92 stealing. He’s not the greatest defensive center fielder, but his hitting stats are far and away the best at that primary position. If we’re talking pure “value” here, then Kemp is probably the boss pick.

Now, let’s get to the rest of the program. 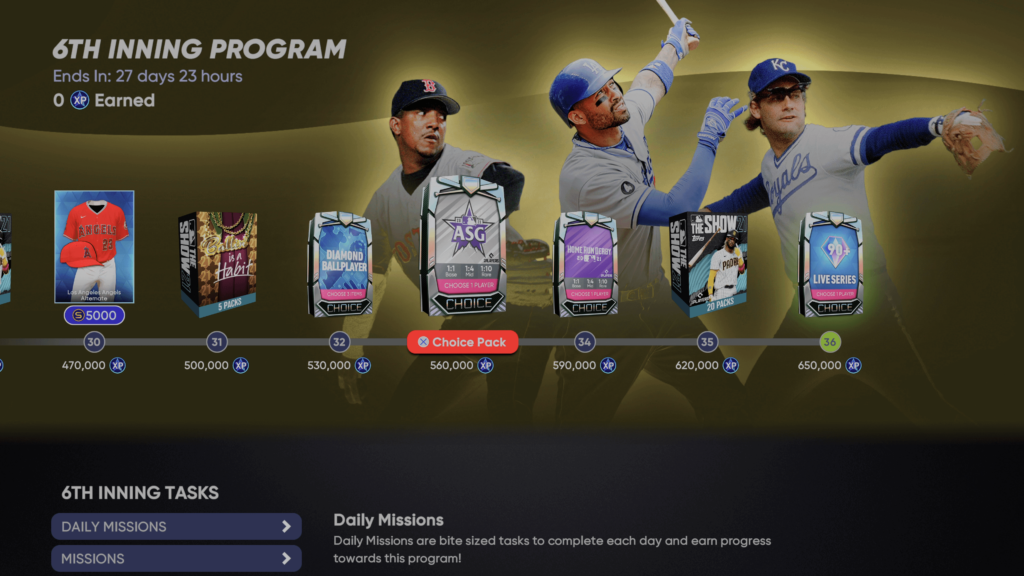 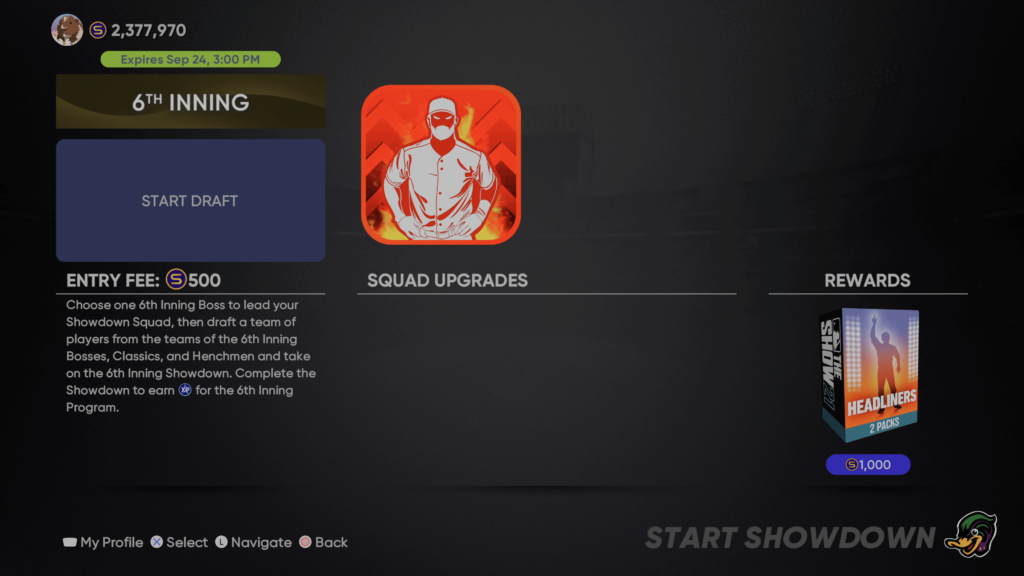 The Showdown is up, and of course the Final Showdown is against Awards Pedro Martinez. You will get 1,000 stubs and two Headliners packs for completing the Showdown. You will also get 35,000 XP. 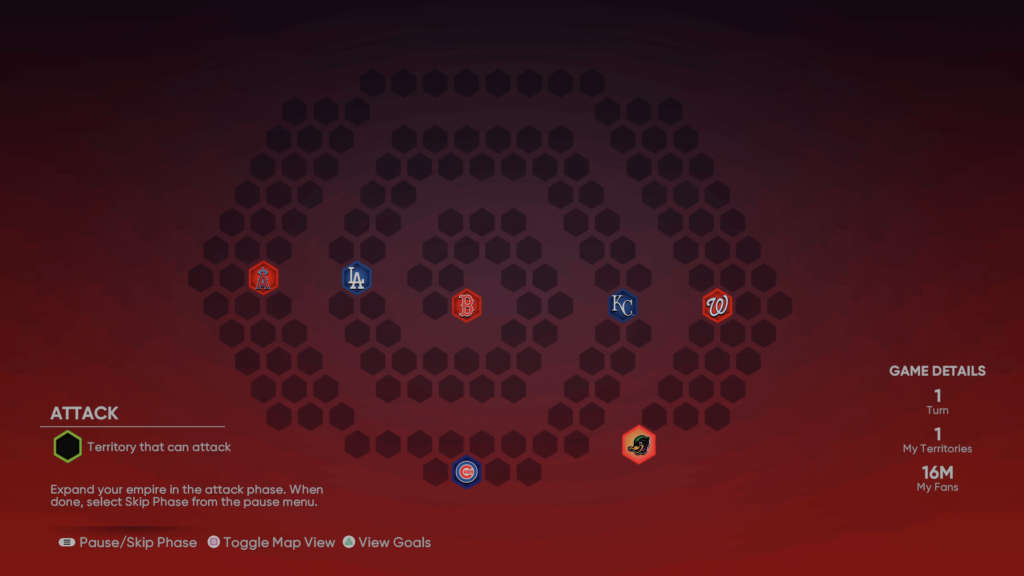 The first Conquest map is the Spiral map. You need to steal 3 million fans en route to capturing the 6 strongholds. 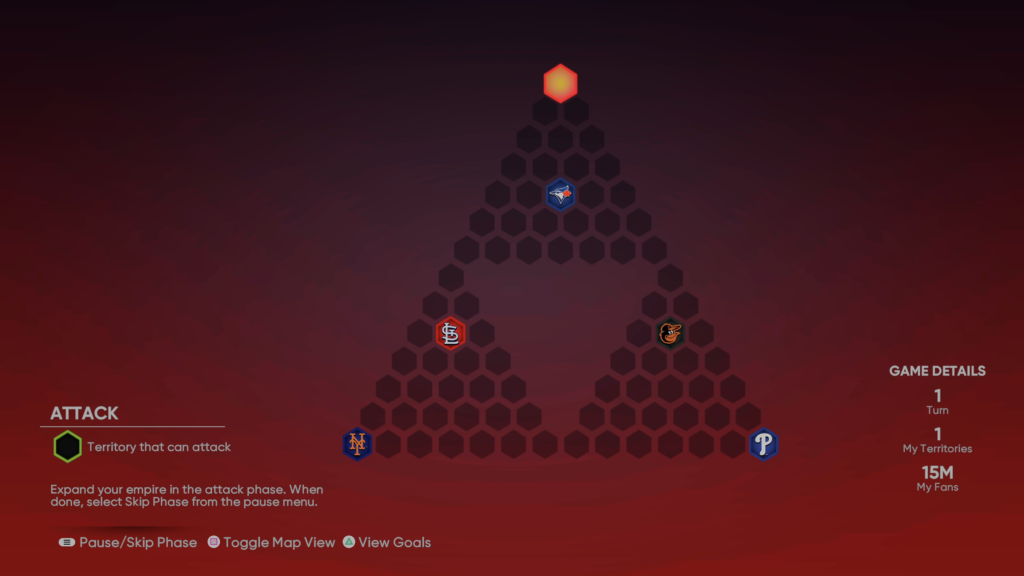 This is the second Conquest map. The Triangles Conquest map has no special missions or tricks. You just need to capture the five strongholds.

There are the usual three online missions, but we do get our first sighting here of the Extra Innings missions here at the launch of the new program. And, of course, more missions will be added throughout the program.

The first player program is for Signature Series Adam Wainwright:

As for inning collections:

It’s hard to look at any player but that Soria as the pick here.

This will be the second and third Finest cards to release, and it’s getting closer to Finest season, so I expect we’ll see even more of them soon. All three cards look pretty “average” by Flashback standards, so I think you could pick any one of the three.