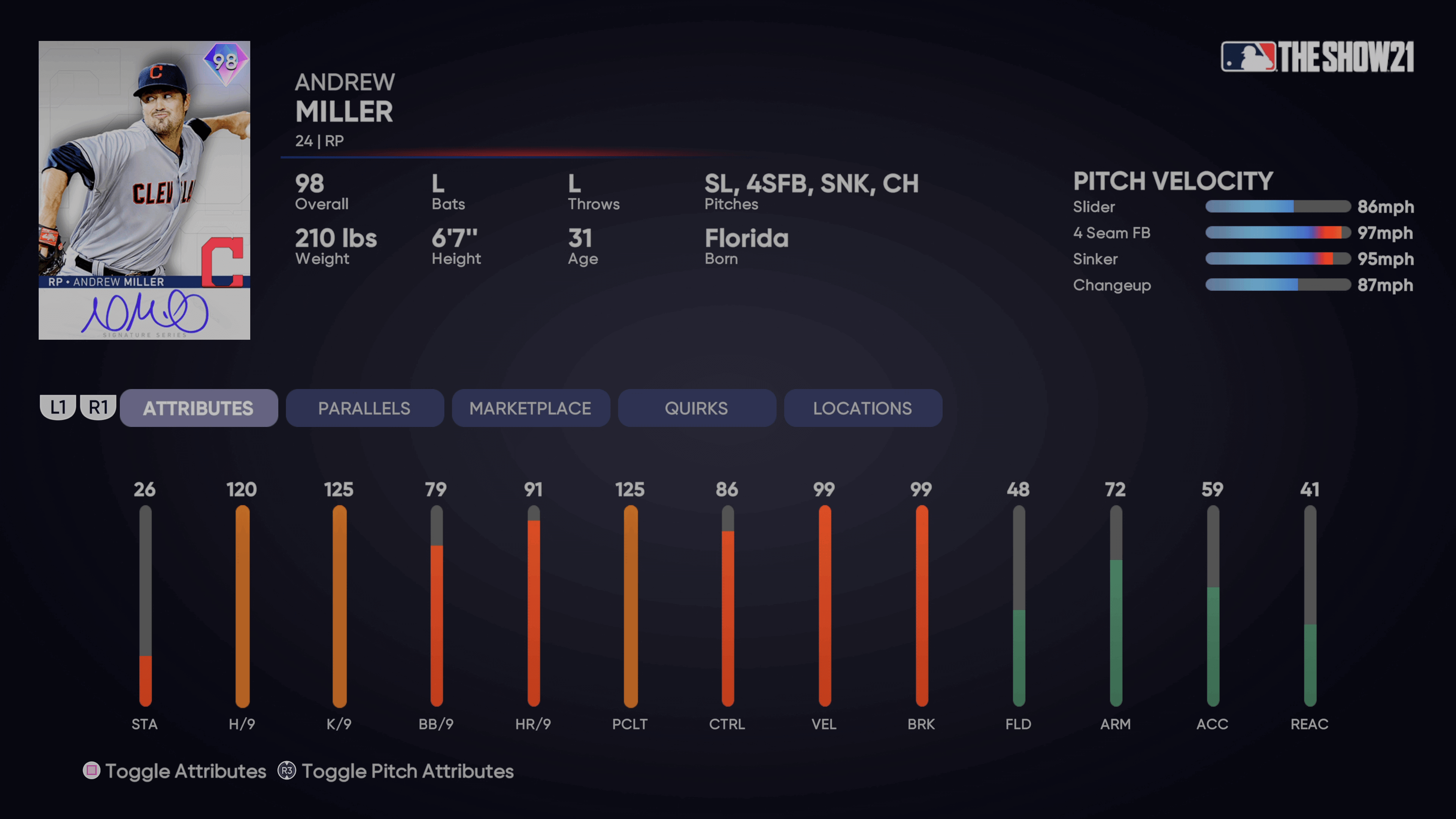 Andrew Miller has generally been considered a top-flight relief pitcher in his diamond form, but I’ve never quite understood the appeal. Here you get a sinker and 120 H/9, which are nice perks. He has 99 control of the slider and 94 control of the 4-seam. His changeup only has 69 control, so I do think he’s more of a fastball/slider guy with the changeup just being something you throw in the dirt. All in all, in the time before needing to stay in for three batters I somewhat get the appeal of Miller, but here it’s a slightly harder case to make.

Be that as it may, there still aren’t so many elite relievers that Miller isn’t in the top tier, I just don’t think he’ll have lasting power in the long run. 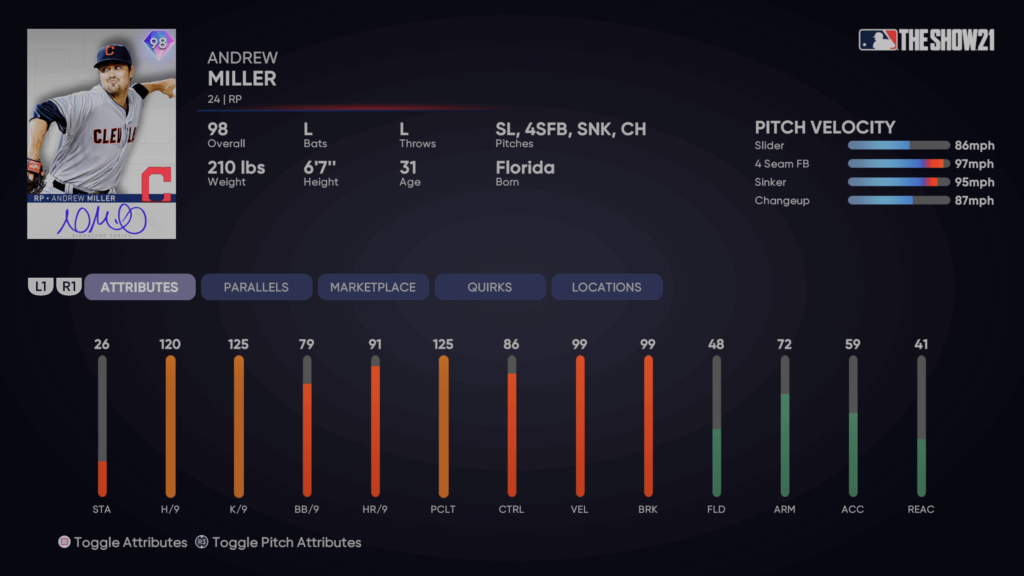 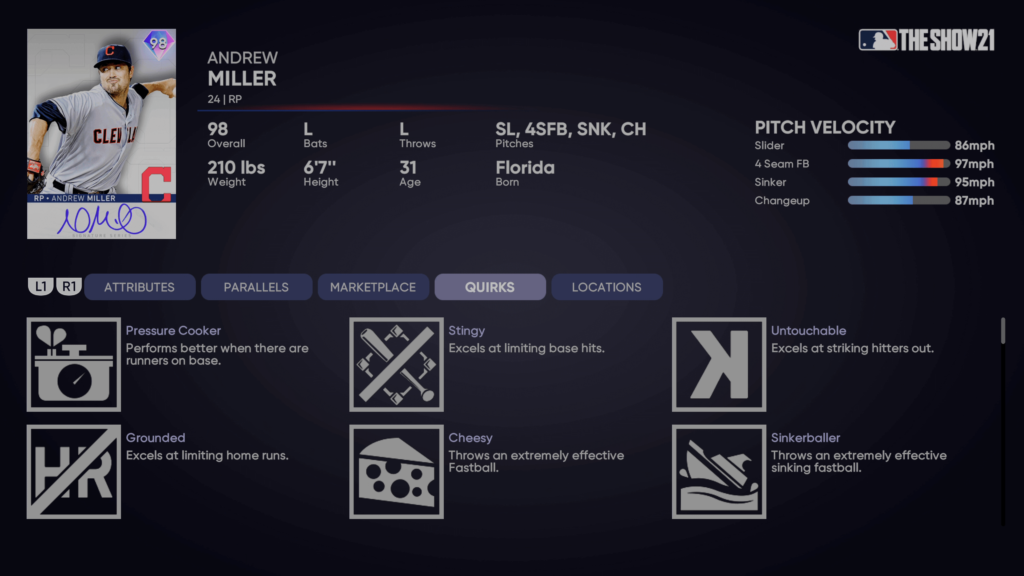 The odds on the Headliners packs remain the same as always, so good luck if you try getting him in packs as you’ll have a 1:10 chance at a diamond, albeit that diamond might not be Signature Series Andrew Miller.