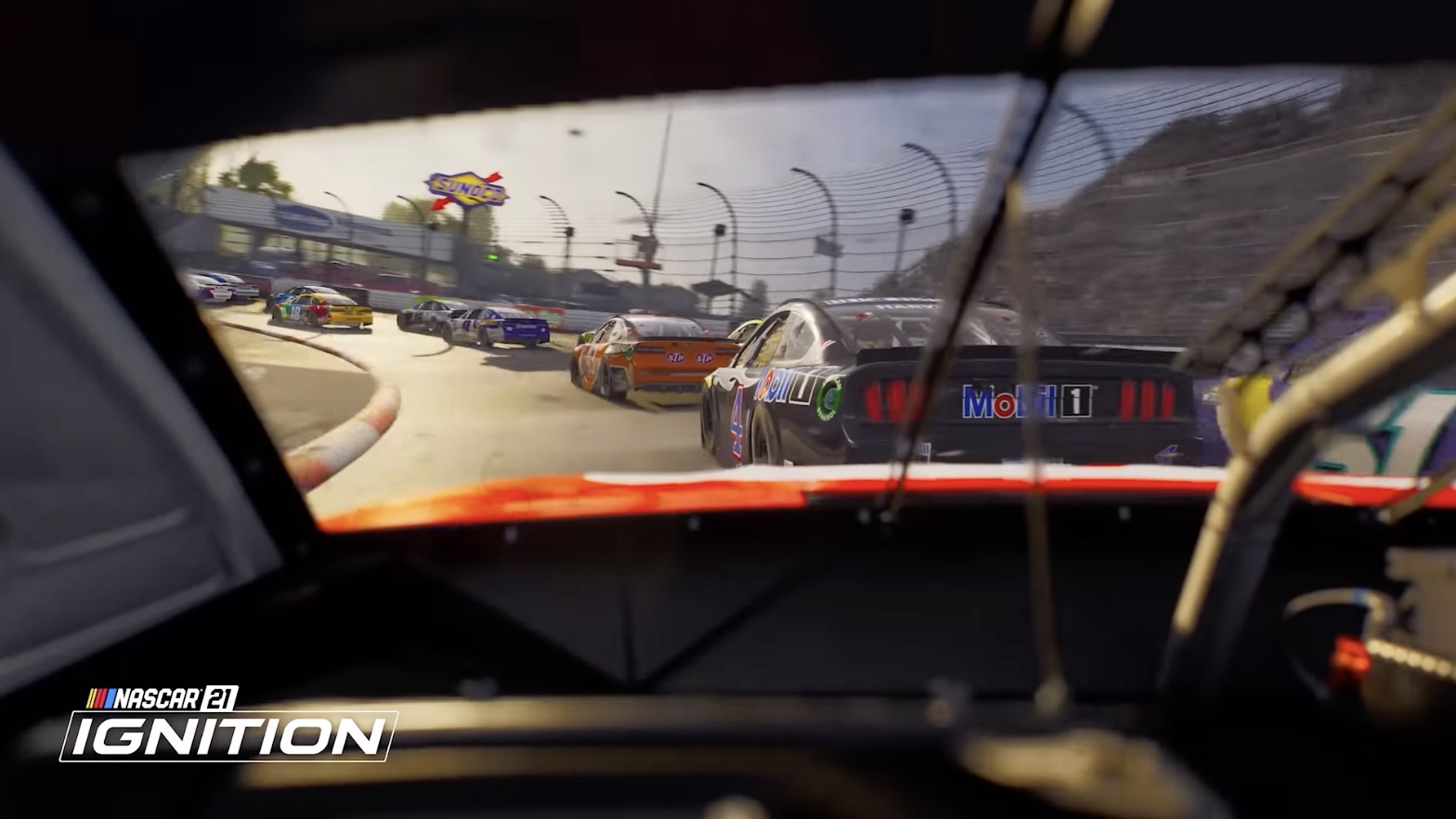 Motorsport Games has posted their first of 3 developer diary episodes on the process of building NASCAR 21: Ignition from the ground up. Today it’s all about the cars in the game and how the developers took real life cars and turned them into their digital counterparts, including working with NASCAR on aerodynamics, drive train, suspension and setup details and information.

The game is complete with official drivers, teams and tracks from the 2021 NASCAR Cup Series, including broadcast quality pre-race build up and post-race replays. All broadcast voice-over work will be provided by MRN Radio, the Voice of NASCAR. Drivers have been face-scanned into the game to provide their realistic representations, with heightened attention to detail regarding tracks, grandstands and pit experiences.

The handling of the car is a direct representation of how it feels to drive one of these incredible machines, complete with updated track-specific aero/horsepower packages that represent the 2021 NASCAR Cup Series schedule. This puts you in the heat of the action as the green flag drops, while a full suite of driver assists make the game accessible to new racers.