When it was announced that a soccer game would be featured at Gamescom on August 25, many of us thought that the Konami PR folks were up to their usual shenanigans. Konami teased that eFootball would be shown on August 26, but with EA missing from the event, many believed that Konami had its information incorrect. Instead, a new footy game was teased, this time by Strikerz Inc. So here’s all we know about the UFL soccer game and Strikerz Inc.

The UFL Has Been In Production Since 2016

That’s a good four to five years in the making, which is promising yet a little confusing. Quite frankly, if you’ve been in production that long, shouldn’t you have more to show? I’ve never worked on developing a game. All that I know about it is through my own research or videos that actual developers have published. Unless they’re really just serving us an appetizer now with the entree around the corner, I would think we could at least see some actual gameplay or at the minimum some vintage FIFA or PES close-up action that few rarely see because no one plays with a camera that close. Who knows, maybe they’re back there in the kitchen plating the food.

UFL Will Utilize The Unreal Engine

One of the things I noticed about the trailer was how similar it looked to the PES Unreal Engine trailer. The skin textures, the muscle definition, and more looked PES-like. The developers did mention that they’re huge simulation soccer fans, so it wouldn’t be surprising if there are a lot of similarities to Konami’s PES series. I wrote a fairly lengthy two-part series on what the Unreal Engine could do for PES here and here, which showcases the potential any game could have with the Unreal Engine, especially a soccer title.

The Unreal Engine isn’t cheap. At its base it’s free to use, but when you start tapping into the game development side of the engine, the deals have to be negotiated with the tier right below it starting at $1,500 a seat. That’s a fairly deep investment for a smaller team. Hopefully within the next few months we’ll get to see two soccer games on the Unreal Engine.

It Will Be Available On All Major Platforms

I’m not sure what’s a “major platform” but my guess would be consoles and the PC. That’s a pretty hefty commitment and a pretty aggressive strategy to compete with the likes of FIFA and eFootball. Gamers will always say that competition breeds improvement as it forces existing companies to step their games up. Mobile gaming seems to be the trend these days as evidenced by Konami, and Strikerz Inc. now has to look to penetrate a market with a lion and a leopard in the ring. Is there room for at least a bobcat? I guess we’ll see.

West Ham United’s home, London Stadium, was featured prominently in the trailer. We know how competitive the licensing markets are when it comes to soccer games, so it’s intriguing to see the Hammers shown. A quick check of West Ham’s website and indeed they are an official partner. Does this mean another game with the EPL license or will we see a hybrid like PES where some clubs are fully licensed while others have generic names.

They Have The FIFPRO License

Speaking of licenses, if you’re going to acquire one the logical choice to start with is FIFPRO, which allows for player likenesses. We don’t know much in the way of other licenses apart from West Ham, but it looks like Strikerz Inc. is actively pursuing licenses in hopes of competing with FIFA and eFootball. 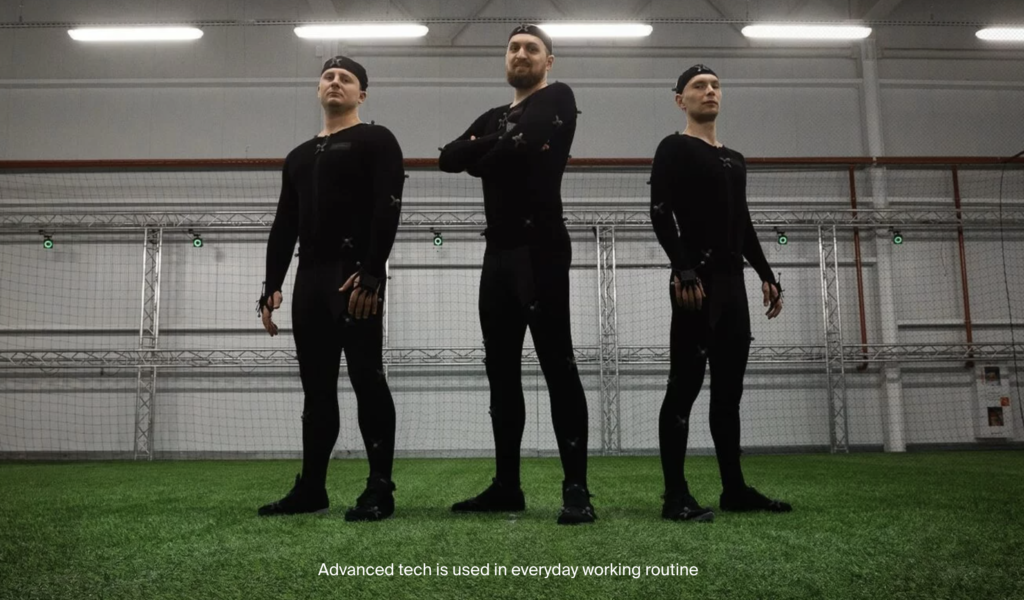 Club Creation Will Be Included

“In UFL, players will be able to create their own football clubs made up of more than 5,000 licensed footballers and compete with other gamers worldwide to prove their skills and climb to the very top of the league.”

From the sounds of the above quote, it appears that you’ll be able to create a club and then fill that club from an existing database of more than 5,000 licensed professional footballers. Information on modes is forthcoming, but this right here sounds very similar to FIFA‘s Ultimate Team and Konami’s MyClub, two modes that the offline community sees as the primary reason for the downward spiral of both franchises in terms of gameplay.

UFL Is About ‘Simulation’

“We are football fans and passionate gamers — we have been playing football video games for years and we know exactly what people want to see in a football simulator,” said Eugene Nashilov, CEO at Strikerz Inc.

While competitors Konami and EA aren’t fully committing to a simulation experience, the UFL is supposed to be about football simulation as stated by the CEO. Being fans of football video games, they obviously have experience playing FIFA and PES so it will be interesting to see just exactly how “sim” this game will be.

UFL Will Use ‘InStat’ 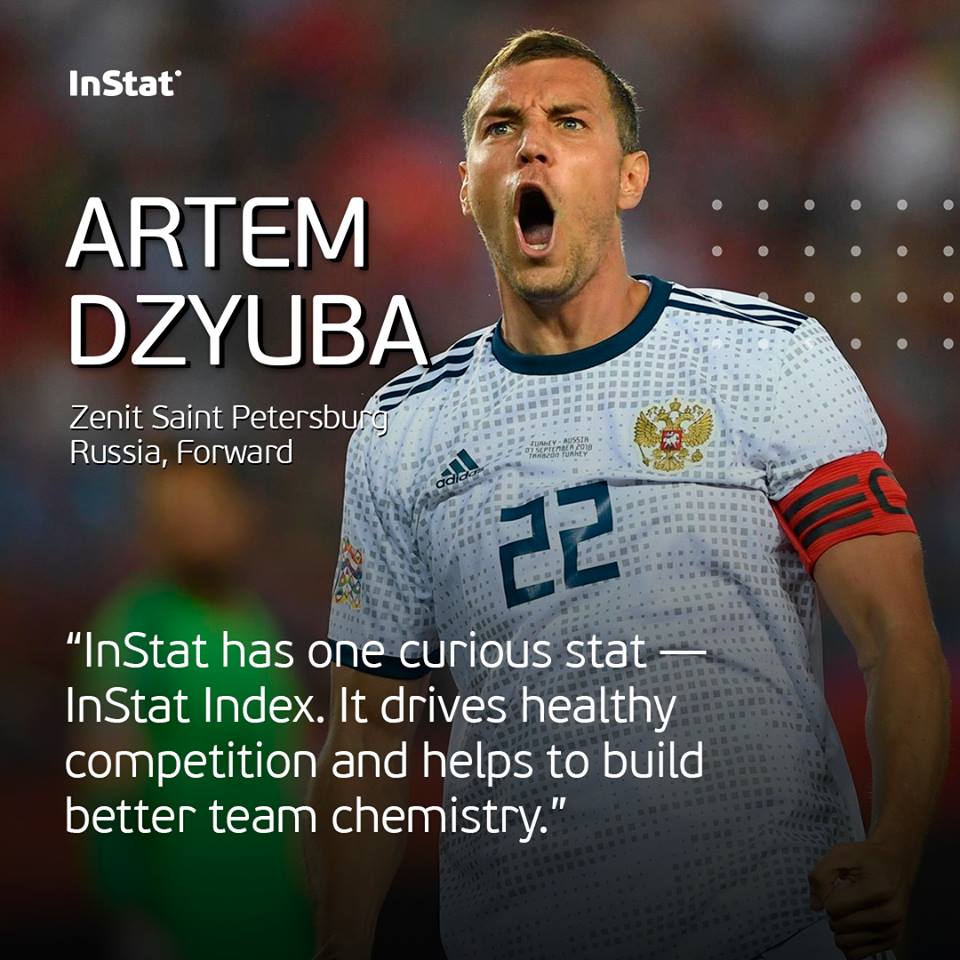 One of the benefits of living in this age of information is the access to copious amounts of data. Sites like InStat and Statsbomb collect a vast amount of data, but yet before now it seems that gaming companies have been hesitant to incorporate it. Sim football fans have been clamoring for companies to use real-world data instead of relying on archaic and highly subjective methods to assign ratings to players. Being able to incorporate real-world data could open up an opportunity for Strikerz Inc. to differentiate players, making ratings truly matter.

No Pay To Play

“In UFL, players will be able to control all aspects of the game, ranging from teams’ composition to what tactics and formations will be used in the upcoming match. Your path to victory is determined by your skill and ability. In other words, our game is designed to be a fair-to-play experience that implies a skill-first approach and zero tolerance for pay-to-win options.”

This seems as if it’s a jab towards FIFA and the current climate surrounding esports in general. Pay to play through microtransactions has been a frequent topic for debates across sports video games, as has the “skill gap” debate, so here the UFL gets ahead of the game and states that the game will be determined by some combination of footballing knowledge and stick skills. Quite frankly, that’s what sports video games should be about, not who can exploit the game’s faults better through meta-tactics.

The UFL mentions that it will be a free offering, following in the steps of Konami with eFootball in what could very well soon be a trend among sports games. More details were left out of the IGN article, but if the game is free and there won’t be “pay to play” then it leaves the onus of generating revenue on in-game advertisements, partnerships, sponsors, and skins to name a few. 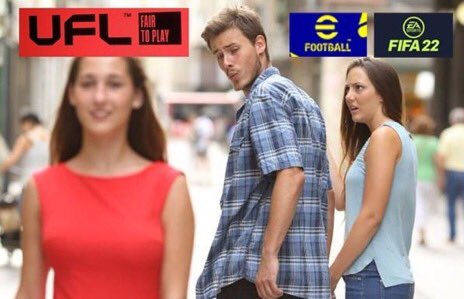 We haven’t had a threat to EA and Konami in quite some time. Taking on these two titans is certainly an ambitious effort, but so far the UFL is saying all the right things if you’re a fan of simulation soccer games. I’ve always wondered what would happen if you crossed say FIFA/PES with Football Manager to create an uber-realistic game, maybe UFL is that? Maybe it isn’t? One thing’s for sure though, the UFL caught our eye.

What are your thoughts on this new UFL game?