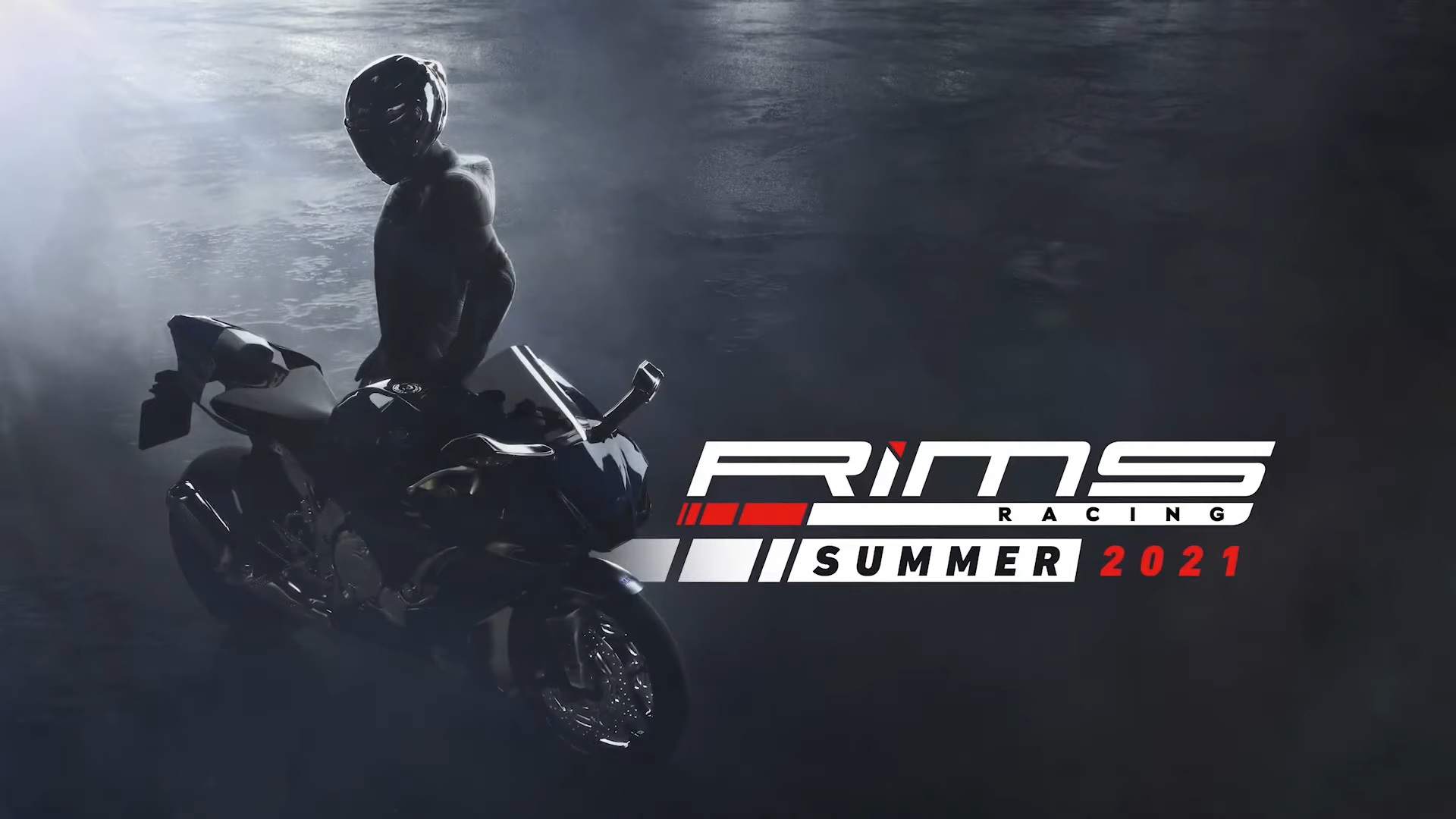 It is always an exciting time when a new racing IP is introduced, and that is exactly what is happening now with the introduction of RaceWard Studios’ new motorcycle racing simulation, RiMS Racing. If you have not heard of RiMS up to this point, then sit down and strap up because we have all the details for the racing sim that is dropping on August 19 in this RiMS Racing preview.

So why get excited about this RaceWard title? For me, there are a lot of reasons, most of which I will get into today. For starters, this is a motorcycle racing sim — unlike most others from the past — and it should be one that delivers a unique experience.

RiMS ask you to not only race the bike on the track and in competitions, but control the whole path of your career in a very invested and interactive way. In fact, at times it felt more like I was playing an earlier version of Gran Turismo or TOCA, and that is a good thing in my book. 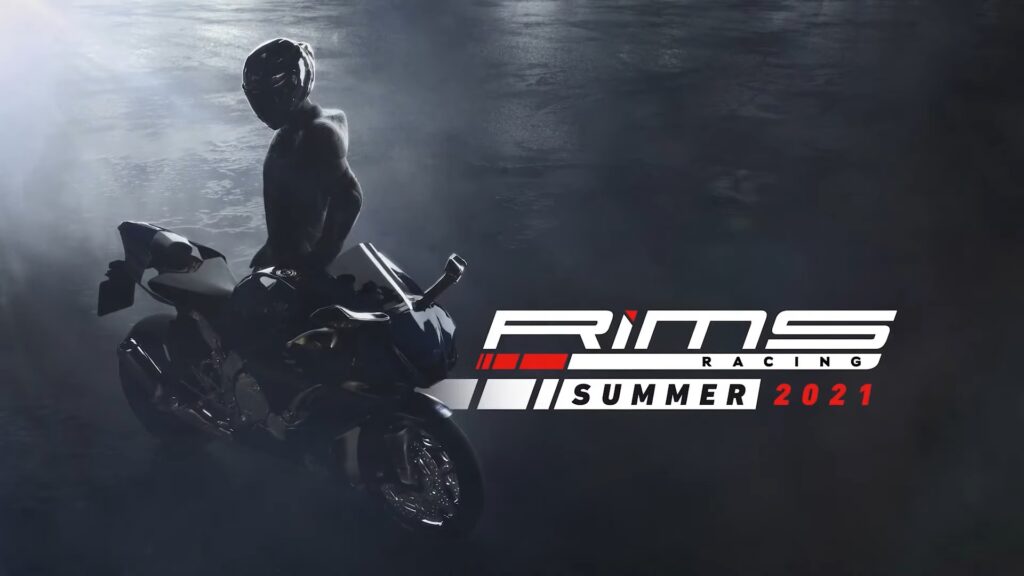 What Is RiMS (According To The Developers)?

“Your adventure starts by choosing your dream motorbike. In RiMS Racing, you can ride the world’s eight most powerful European and Japanese motorbikes: Ducati Panigale V4 R, MV Agusta F4 RC, Aprilia RSV4, BMW M 1000 RR, Suzuki GSX-R1000R, Honda CBR1000RR, Kawasaki Ninja ZX-10RR, Yamaha YZF-R1. Recreated with an unmatched level of detail thanks to close collaboration with each manufacturer, these motorbikes also provide a highly accurate and realistic riding experience. They are true rough diamonds that only need a few cuts to shine their brightest!”

So that is exciting and all, but do we just jump on one of the eight fastest bikes and run to Sheetz? The answer to that question is a resounding no. The game offers a deep and interactive career mode that will see you build your team from the ground up and have a hand in the daily workings of what owning a racing team is like.

Here is what RaceWard had to say about career mode, and it’s pretty spot on from my time with the game. 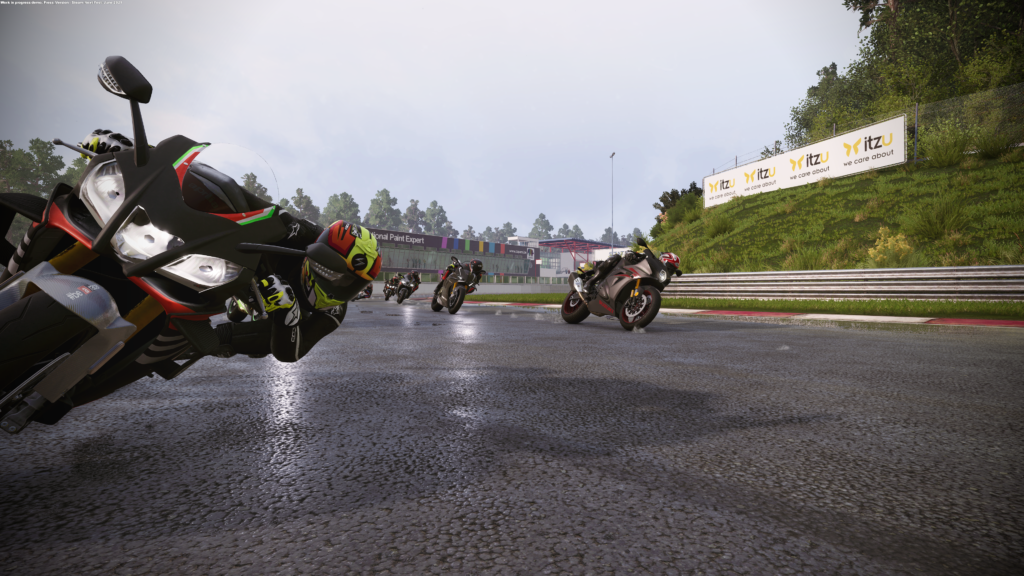 “Career mode in RiMS Racing gives you control of a team. Build your rider by managing their race calendar, choose which R&D areas to invest in, and upgrade the team’s skills. If you make the right decisions and improve your racing performances, opportunities with other manufacturers will become available to you!”

The next question is where do we get to race these wonderful machines at?

“Silverstone, Laguna Seca, Suzuka, Nürburgring, Paul Ricard… Travel the world and enjoy thrilling races on 10 faithfully recreated official circuits. For those who prefer roads, five routes in the stunning landscapes of the United States, Norway, Australia, Spain and Italy have been recreated for a different racing experience on two wheels!”

What can you expect once you hit the track in RiMS? Although it is still a couple months away from release, the game is in tremendous shape with just a few rough edges that will presumably be worked on as the retail release approaches.

What I can say is that even at this stage I fully expected RiMS to react and race like any other four-wheel or two-wheel racing title these days — with a few variants and differences. My expectations and approach were wrong, and boy did I pay for that arrogance early on in my time with RiMS.

To put it another way, RaceWard has taken the term simulation very seriously, and it shows on the track. While playing RiMS, I started to wonder if any racing game had ever blended the racing concepts of precision, speed, patience, and understanding so well together before, and the only game that came to mind was the F1 series by Codemasters. 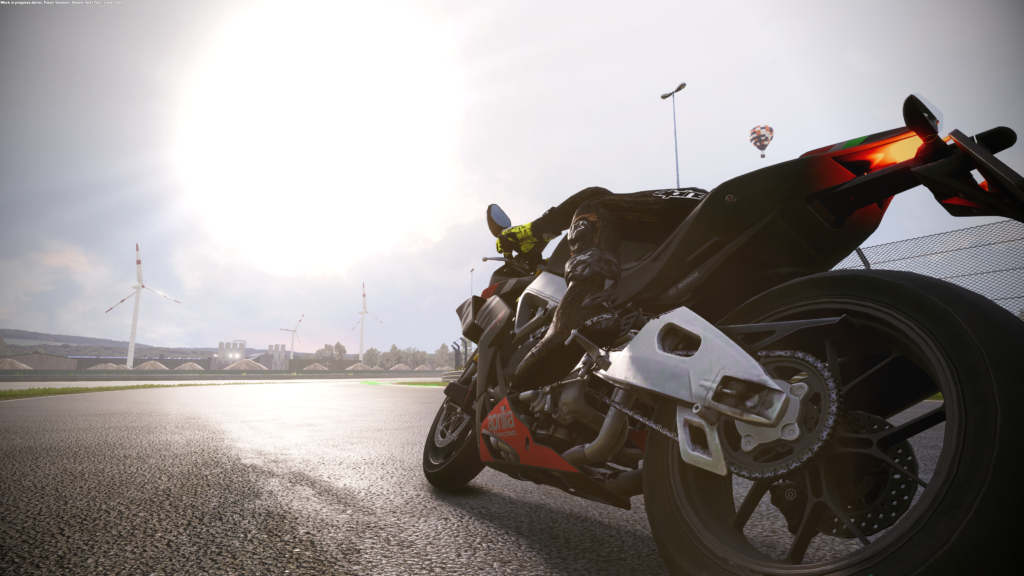 Now I fully understand what type of praise that is, and while RiMS may not be nipping at the heels of F1 in terms of the overall package at this juncture, the approach RiMS demands to succeed both on and off the track is right there with the F1 series.

I have long grown tired of asking developers to include interactive pit stops and include different facets that make more than just my performance on the track matter. Thankfully, RaceWard Studios is doing just that.

Without giving away too much and ruining the excitement for the masses, I will simply say there are multiple areas in RiMS where the quicker you are and the better your reflexes perform, the larger the impact is over the whole race weekend — and even back in the shop. Whether you are on the track, in the pits, or back at the shop, the interactivity is there often enough to appreciate it, but not enough to make it feel like you are at a real-life job.

As with any racing title — regardless of the type of racing it delivers — the AI will always be a component that can ruin the experience if it’s a mess. Thankfully, the AI showed the ability to be every bit as bad as I was and every bit as good at the same time. 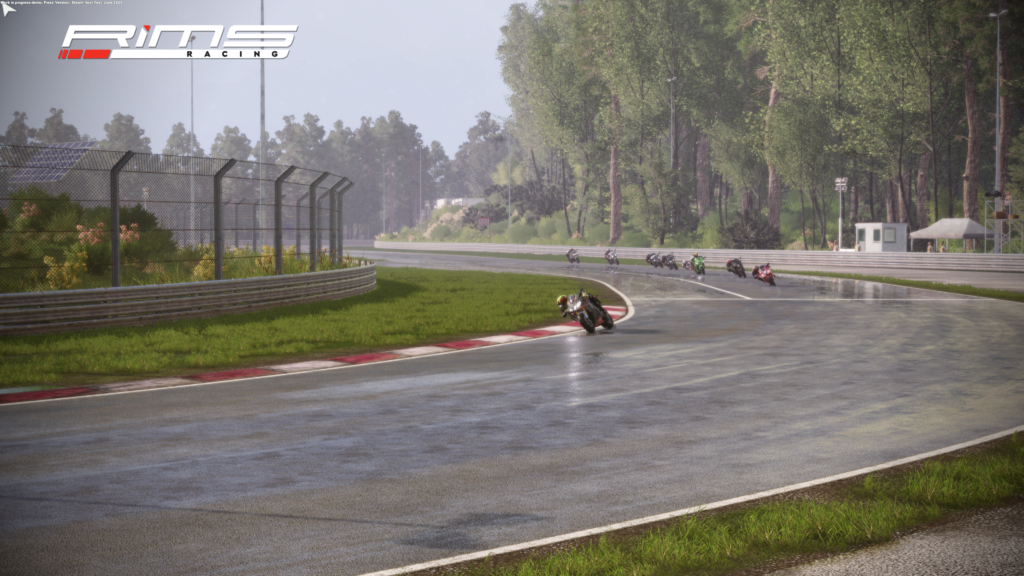 I am not looking for perfect AI opponents, and I am also not looking for AI drivers that perform like it is their first time on a bike. I am looking for variance that feels organic and authentic. I often watched the AI make the exact same type of mistakes I made, which was refreshing. It delivered an experience that made me feel like I was part of the group racing rather than just me versus a pack of AI.

Also, the AI was fair and balanced, and while the AI riders showed the ability to protect their position and line, they would relent if they recognized I was faster and racing them fairly. 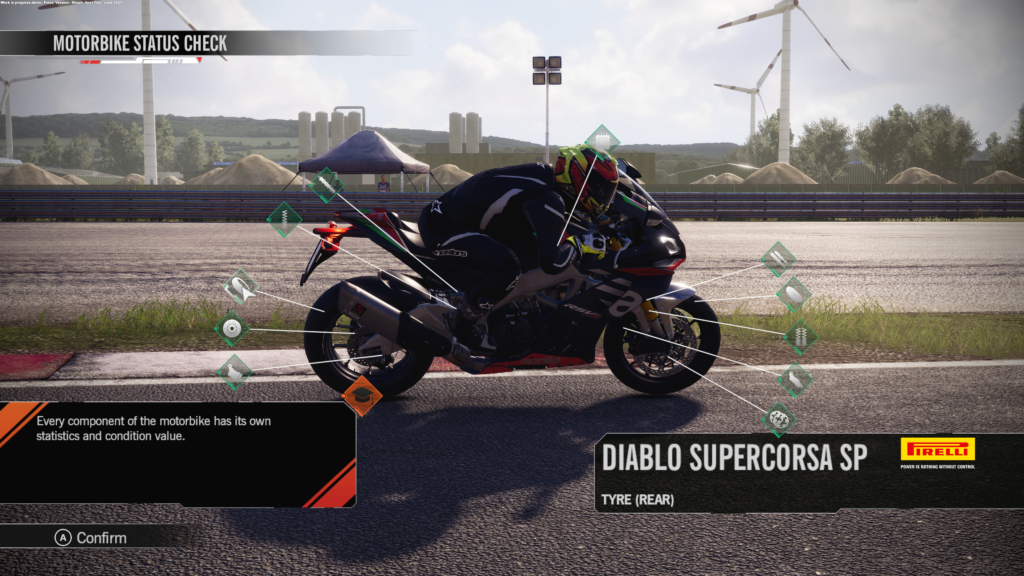 As I have stated before, RiMS is still in the beta stages, and some tweaks and enhancements will be made over the next couple months. Still, if the game were released today, I would be fine with where the AI is at right now.

What Does RiMS Offer (According To The Developers)?

RiMS Racing is unique in that it teaches you how to ride, how to race, and how to be a mechanic and engineer all under the umbrella of a motorcycle racing game. Even more so, all these aspects of the game bleed into each other, so if one is lacking it impacts the others in a way that can be seen and felt. 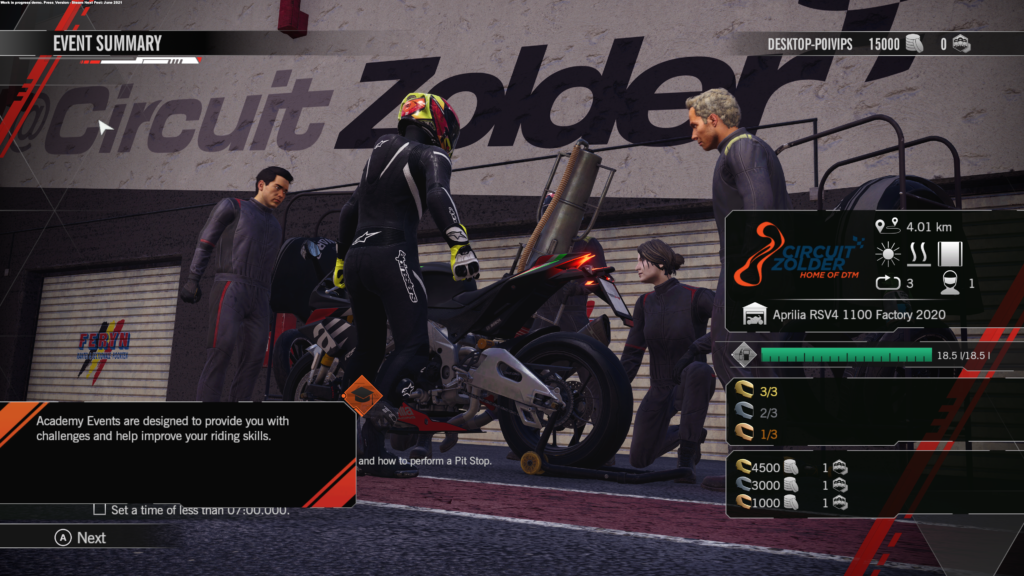 With a couple months of polishing time to go, RaceWard Studios already has RiMS Racing in great shape as it speeds towards the finish line. The one caveat to all the praise that I am seemingly throwing at this title is that I am not sure it will be enjoyed by the casual racer.

From the start, RiMS forced me to look at racing games differently, and while that is a fresh way to approach a racing title, it took me some time to adjust. Regardless, do not let my words scare you away. There is talk that a demo will be available for console and PC, and hopefully RaceWard can find a way to make that happen.

RiMs Racing will be available on August 19, 2021 for the PlayStation 4, PlayStation 5, Xbox One, Xbox Series X|S and PC