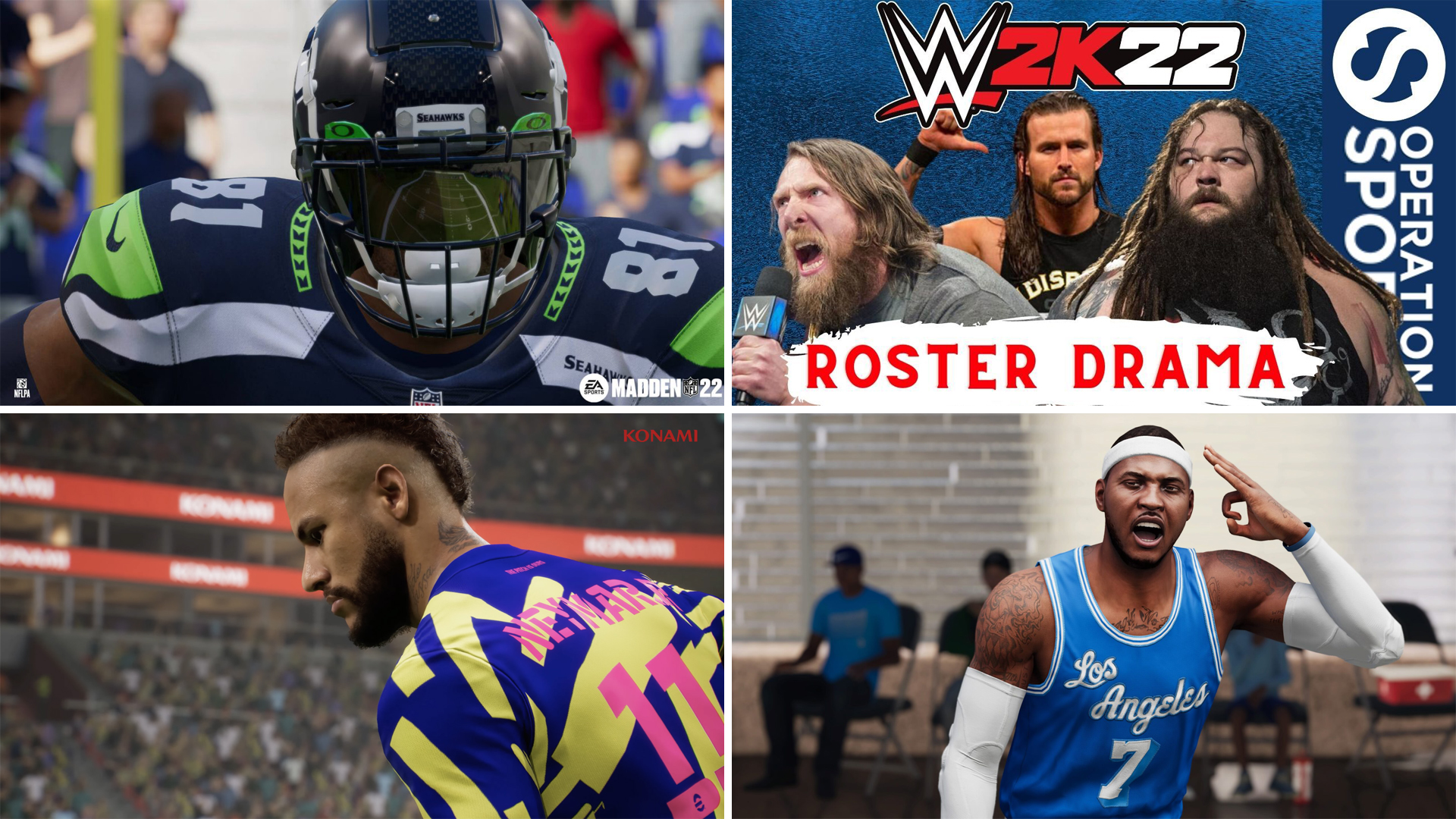 Matt takes a deep look at the WWE 2K22 roster drama. WWE 2K22 has some serious issues, and we don’t even know the release date yet, but because of several questions about the game’s roster, many fans are wondering what’s next. We want to stay hopeful about the future of WWE 2K22, but news within the WWE itself is adding another wrinkle that needs to be monitored as we move towards the game’s release.

NBA 2K still has the best franchise mode in existence. That said, MyNBA is not without flaws, and therefore, many fans of the mode will have their eyes on the upcoming deep dive blog explaining what’s new in the mode. Prince tells us what he thinks we should expect in NBA 2K22 MyNBA in the latest OS video. 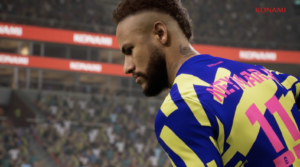 After what can only be described as a less than stellar debut for the rebranded eFootball, the folks at Konami have been making the rounds this week. Following up on his interview with IGN, eFootball Producer Seitaro Kimura was back at it, this time sitting down with esports gaming aficionado Asahi. Despite there being not much in the way of new information, Mr. Kimura does provide some clarification on such topics as Konami’s decision to make eFootball a free to play (F2P) service and the vision behind rebranding the PES series. 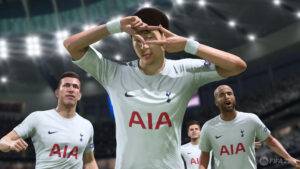 EA always seems to say exactly what we want to hear in the build to a new FIFArelease. One thing’s for certain, when they say “Deep Dive” they come through with Olympic-level performances. There’s a lot to cover here, so for your sanity I’ll break this into two parts; Part one will primarily focus on attacking while part two touches on defending with some additional new features. One important note to mention before we get started is that some of these features are exclusive to next-gen consoles (sorry PC and PS4/Xbox One users). Just as EA noted in its blog, we’ll notate any of these next-gen specific features with the (NG) marking. 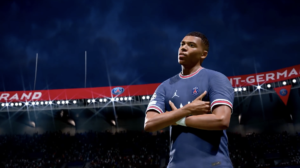 EA could have added this section to its earlier discussion on “Tactical Defending” but perhaps the developers wanted to flesh it out some. A good footy game is all about balance. Skewing the game too much to either side results in people labeling the game as broken. While it’s no secret that EA likes its goals, there needs to be some improvements to the defensive side of the game. We touched briefly upon midfielders not tracking runs last year and what looks like midfielders giving up once their line has been broken this year (from the very early clips) but it’s not the only aspect of defending that needs some love. 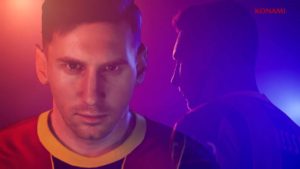 More reassurance here from Konami as the company states that the consoles/PC versions won’t be scaled down graphically to accommodate for inferior mobile devices. Although it hasn’t been confirmed, the PC version of eFootball has been rumored to be a scaled-down version — as will be the case with FIFA 22 and EA’s decision to not implement the new HyperMotion feature on the PS4/Xbox One/PC. As it relates to PCs, the issue is about making the PC version that accommodates the majority of PC users and not just those who have superior rigs. If eFootball is about accessibility and reach, then this strategy makes sense. 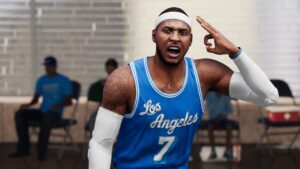 It’s definitely been a while since my last post, but I can’t say it’s because “the mode is dead” and I stopped playing MyTeam altogether. If anything, it’s quite the opposite and I’ve been going crazy these last couple of months — to the point where I’m actually kind of happy that the year is coming to an end with Season 9 (supposedly). It’s also the reason I’m going with the NBA 2K21 MyTeam year in review here with this article. Before getting to that, I just have to say there’s just something really exciting about starting over with lower-tier cards and figuring out how to build a winning squad with flawed (aka “normal”) players. That reboot is just around the corner with the release of 2K22. 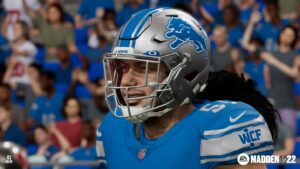 Heading into the 2021 NFL season, there are a number of teams that are better positioned to contend for a Super Bowl championship than others. Because of savvy moves by general managers and executives behind the scenes, these teams have formidable rosters that have been constructed by smart drafting and shrewd pickups in the free agency market. In this group, you have teams like the defending champion Tampa Bay Buccaneers, who are returning much of the roster that just won it all last year, including the greatest quarterback of all time, Tom Brady (even if he will be 44 by the time the season starts). But then there are other those other teams that fall into the Madden 22 rebuilds category.

From indie game developer Snowman, Alto’s Odyssey: The Lost City is an endless downhill snowboarding game that recently became available through Apple Arcade but can also be found on a plethora of devices (Android, PC, consoles, and the Nintendo Switch). Piggybacking on Alto’s Odyssey, which was released in 2015, this new map recently became available through Apple Arcade. It gave me a chance to enjoy this side-scrolling mobile game. Before I jumped into this downhill snowboarding experience for the Alto’s Odyssey: The Lost City review, I tried to get myself familiar with the series. 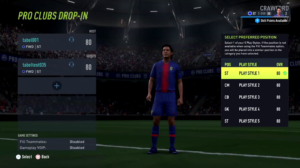 Besides career mode, FIFA‘s Pro Clubs is the mode where I spend the majority of my time. When the mode debuted back in 2010, I remember thinking to myself that this was it, the pinnacle of online competition: 11 vs. 11 with a stable connection where the banter flew back and forth and players tried their best to mimic the movements and synergy of a real-life team. Overshadowed in popularity by FIFA Ultimate Team (FUT), Pro Clubs for me has been of the most overlooked modes, rarely receiving the yearly attention that FUT or career mode has. Slowly but surely, Pro Clubs have been receiving slightly more attention so it’s time to see what the EA devs have in-store for us with FIFA 22 Pro Clubs in the latest deep dive.

There are quite a few different ways to play MLB The Show 21 online, but the Battle Royale mode is unique for a couple of reasons. The first is that the games are only three innings in length (barring extra innings), which allows you to get through them fairly quickly and move on to another one in your pursuit of the ultimate goal of winning 12 games before you lose two and are forced to start all over again. The second thing that sets Battle Royale apart from other online modes is that it begins with a draft of 25 players that sees everyone selecting the same quality of cards, thus ensuring a level playing field in theory (unlike in Ranked Seasons and Events where you’re bound to face loaded squads).