From indie game developer Snowman, Alto’s Odyssey: The Lost City is an endless downhill snowboarding game that recently became available through Apple Arcade but can also be found on a plethora of devices (Android, PC, consoles, and the Nintendo Switch). Piggybacking on Alto’s Odyssey, which was released in 2015, this new map recently became available through Apple Arcade. It gave me a chance to enjoy this side-scrolling mobile game. Before I jumped into this downhill snowboarding experience for the Alto’s Odyssey: The Lost City review, I tried to get myself familiar with the series.

I researched the highly praised game for its unique art style and overall fun gameplay while also taking into account how critics cited it’s lack of “originality” in the mobile gaming market as the main drawback. Normally, reading about a game’s drawbacks before I play it can plant a bad seed in my mind. However, seeing as how I had never played the series — and the fact that I don’t mind a lack of originality sometimes because improvements upon an existing game type are a good thing — I jumped at the chance to get some time with Lost City.

Alto’s Odyssey: The Lost City Review – What I Like

One of the areas I don’t expect much from in the mobile gaming market relates to graphics. Comparing mobile gaming graphics against high-end PCs or next-gen consoles is unfair, but the Lost City holds its own visually. In comparison to the original, Alto’s Adventure, I found the graphics, especially the background, even more beautiful and almost soothing in a way. Add in the music (you need headphones in order to enjoy it on mobile devices) and there’s a complete vibe to be had. Without having to focus on many of the areas AAA games are measured against (textures, lighting, etc.), Lost City nails it for me on the visuals front.

The game’s mechanics are about as easy as they come, and that’s a good thing. There are two basic controls in the game*:

Yup, that’s it! For longtime players of the series and newcomers, this simplified control scheme means it’s the definition of pick up and play. Don’t let the simple controls fool you, they are easy to grasp but difficult to master. There are combos and chains that when pulled off add points and can unlock new abilities. There’s even a “Zen” mode that lets you just enjoy the game without the added pressure of trying to get a high score.

* These are the mobile-based controls

It seems like a simple thing, but the fact of the matter is that not all mobile games have a photo mode, and those that do often do not get it right. As I mentioned before, the Lost City takes you through a beautiful scenic adventure set to soothing background music. By entering Photo Mode, you can pan and the zoom the camera in order to capture your best photo, which is shareable through the game.

One of my favorite parts about Photo Mode is that once you’ve snapped your pic, the game gives you a three second countdown before Alto starts back on his board. For endless side scrollers, this is a must feature because more often than not you’ll get so obsessed with capturing your photo that you’ll forget where you left off. Giving you a few seconds to re-calibrate yourself is a nice bonus by Snowman.

It seems like every time I play Lost City I’m facing a new challenge, whether that be bouncing off hot-air balloons, grinding on balloon lines, or performing flips after entering mini sandstorms. It seems like every play is a new adventure. Throw in new challenges as you level up, and you’ve got enough there to keep you occupied. It’s such a simple concept in general, but when you factor in the risk/reward for situations like “should I try a backflip here to get extra points” versus “I have no idea if I’m going to land on a rock or even stick my landing,” there’s a lot to ponder in this fast-paced side scroller.

Not A Money Suck

In a time where console and mobile games both suffer from microtransactions, the fact that Snowman isn’t trying to nickel and dime is nice. As part of the revamped Apple Arcade, the Lost City doesn’t feature any DLC, and even though I paid/will pay $4.99 a month for Apple Arcade, the game already makes me feel like I received my money’s worth. I haven’t explored the rest of the offerings through Apple Arcade, but as of right now I’m more than content with the Lost City for the price I paid.

Alto’s Odyssey: The Lost City Review – What I Don’t Like

Let’s set the record straight: I am not afraid of the dark. I am, however, afraid of the dark in Lost City due to the fact that it makes obstacles such as rocks harder to notice. Perhaps this is a design choice by Snowman, but overall it’s a little too hard to see when the sun completely sets. In doing some research on the originals, I noticed that many critics dinged the first iterations for having dark backgrounds, so it’s a little disappointing that Snowman couldn’t improve upon that dynamic. But again, maybe it’s a design choice to increase the difficulty. 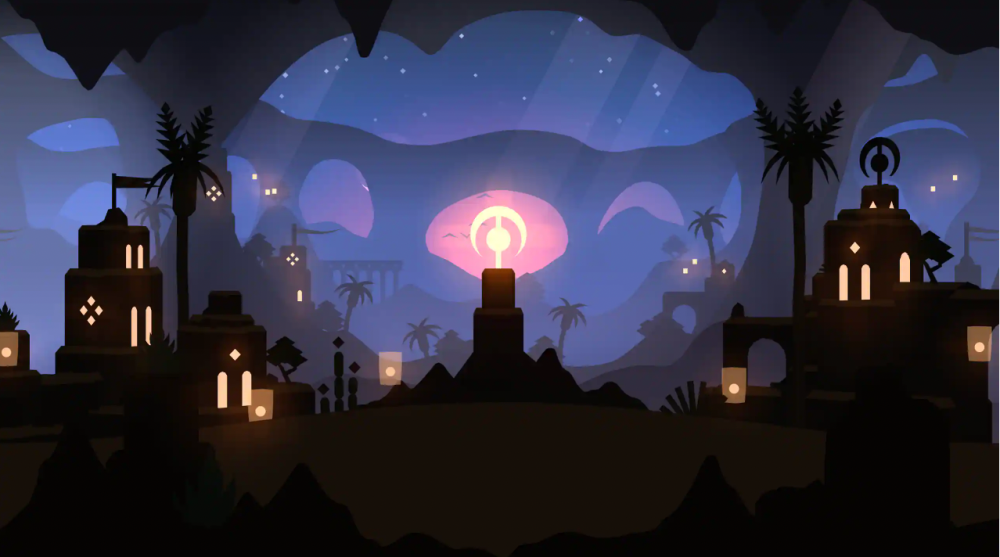 There’s a lot of fun to be had with Snowman’s latest iteration of Alto’s journey, the Lost City. A seemingly endless side-scrolling snowboard-type game playable on both mobile devices as well as PC/Macs, the Lost City combines sleek visuals with ambient music and enough challenges to warrant a purchase. If you’re looking for a game with deep controls and objectives, this isn’t the one for you. If you are, however, in the market for some good fast-paced fun mixed in with cool tricks and an ever-changing landscape, then the Lost City should be right up your alley.

Fishing: North Atlantic Review - An Exercise in Waiting, But an Exceptional Fishing Simulation
The Ramp Review: A Vert-Skateboarding 'Toy' Well Worth the $6 Admission