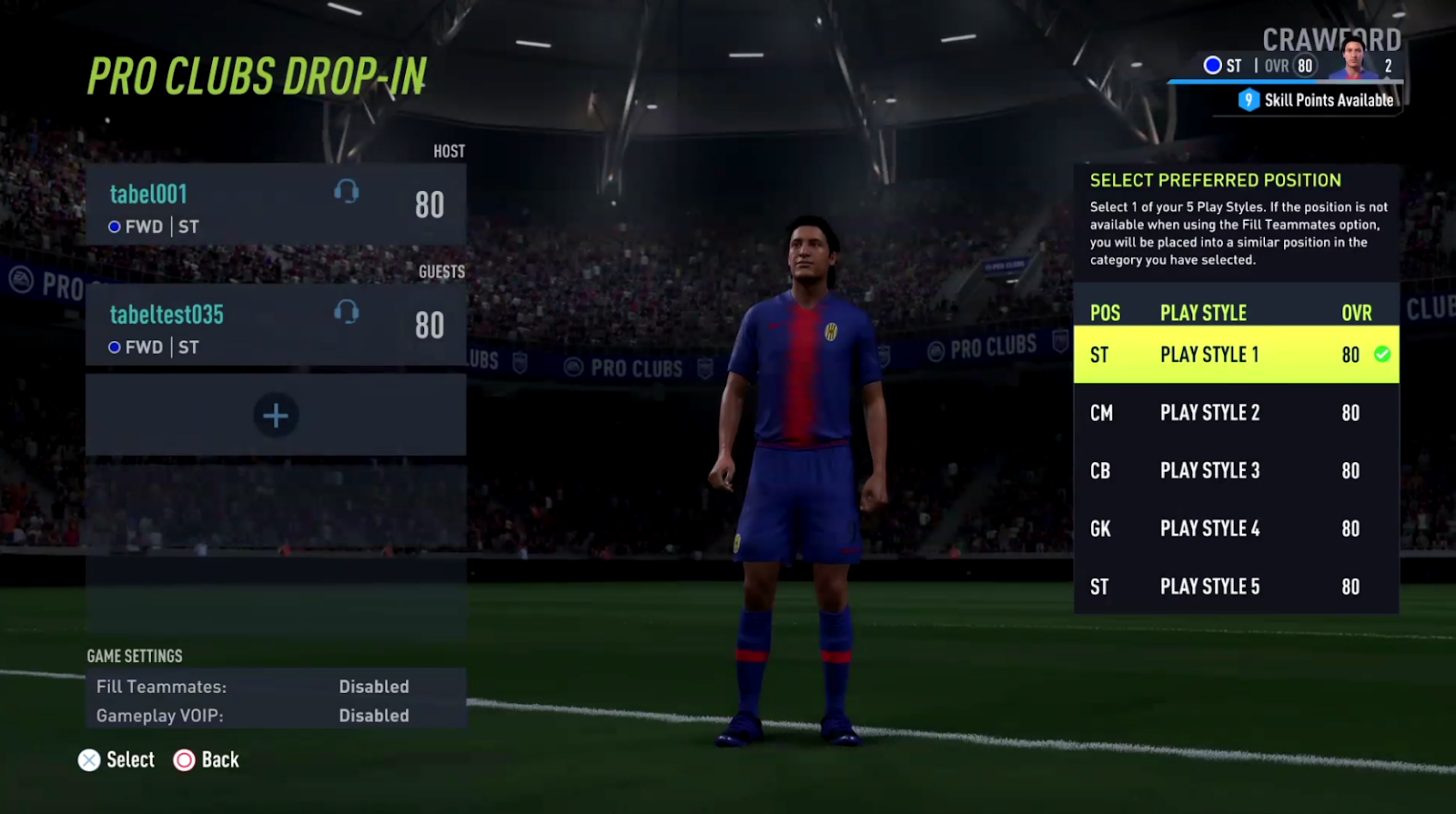 Besides career mode, FIFA‘s Pro Clubs is the mode where I spend the majority of my time. When the mode debuted back in 2010, I remember thinking to myself that this was it, the pinnacle of online competition: 11 vs. 11 with a stable connection where the banter flew back and forth and players tried their best to mimic the movements and synergy of a real-life team. Overshadowed in popularity by FIFA Ultimate Team (FUT), Pro Clubs for me has been of the most overlooked modes, rarely receiving the yearly attention that FUT or career mode has. Slowly but surely, Pro Clubs have been receiving slightly more attention so it’s time to see what the EA devs have in-store for us with FIFA 22 Pro Clubs in the latest deep dive. 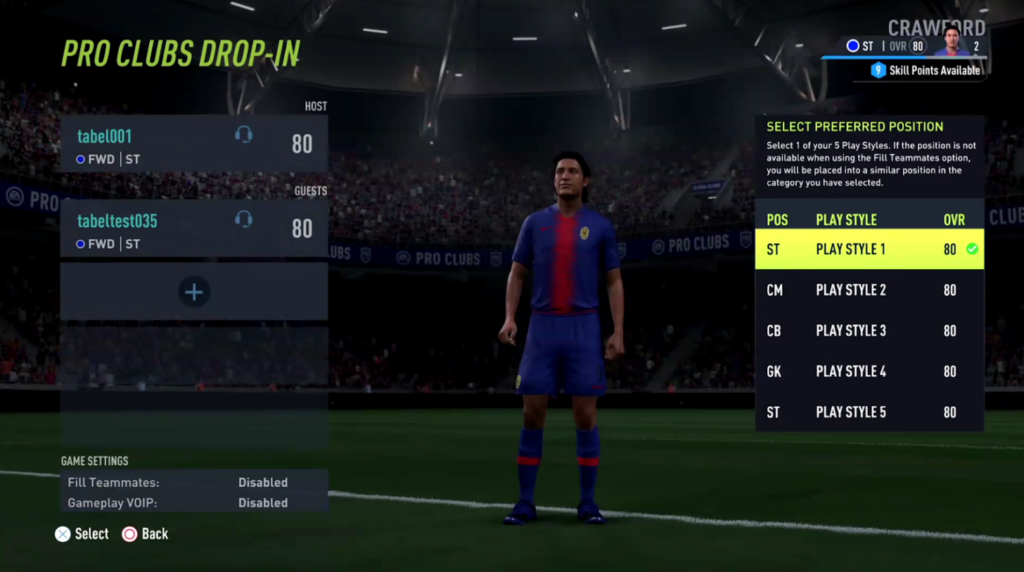 As part of EA’s streamlined social play approach, the idea behind this feature is to get you into the action faster, specifically drop-ins. With the ability to connect with up to four friends, drop-ins now have a dedicated channel for voice chats as most drop-ins don’t have too many randoms using the headset, which is vital for a successful Pro Clubs team. Pro Clubs has traditionally used a match experience leveling system where you receive XP for playing a certain number of matches (10, 20, and so on).

Apart from getting a feel for the game, the easy way to earn XP is really the only reason to play drop-ins as the matches usually don’t resemble the team-based sport that we know soccer is. This is usually evident from the start as your drop-in teammates rush to select preferable positions like STs and CAM. EA is going to implement a new system where you select your playstyle (ST, LW, CAM, etc.) and then the game drops you in matches at your preferred position.

Overall, I’m not really understanding the need for this new ability to play drop-ins with friends. There’s a perfectly good “Friendlies” mode inside of your Pro Clubs’ team, which doesn’t count against your record, has a decent amount of other teams playing so you won’t be left waiting for a match, and more importantly, you get to play with your friends and get some valuable practice in if you want to tinker with formations and tactics. There are some benefit to this new system if you’re without a club, but overall this feature isn’t very innovative nor can I see it being very popular. 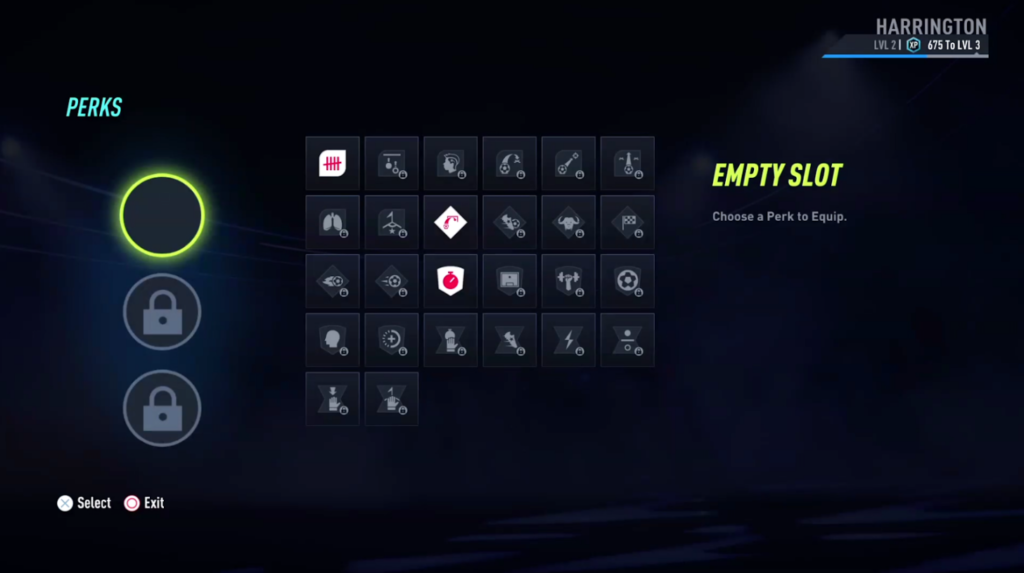 A new redefined player growth system makes its way to FIFA 22′s Pro Clubs. As mentioned before, you can earn XP/points through drop-ins as well as league, cup, and friendly matches (which is new for 22). Match rating now gets you XP that unlocks “Perks” and additional skill points that help you move to the next level (max level = 25). The post-match player performance, something that most folks would skip, now shows more detailed stats and a new heat map with breakdowns by summary, possession, shooting, passing, defending, and saving.

These performances help you earn skill points that you can use to customize your Pro (playstyle and/or appearance). Apart from this, what’s new in FIFA 22 Pr Clubs are perks and archetypes. Perks look to be a way to further refine your playstyle as you start out with just one perk slot. As you progress, the levels you can unlock up to three perk slots with a total of 26 perk types to select from as they are separated into attacking, goalkeeping, defending, and chance creation perk types. EA doesn’t specifically say how long these perks are active, but it appears that they’re only available on a per-match basis, which brings a bit of risk/reward into the equation.

Also new to Pro Clubs are archetypes, which EA oddly doesn’t explain that well. However, based on the description the archetypes appear to be available at the end of the skill trees, with three slots available for assignable archetypes.

I’ll have to see what these archetypes are all about, but a revamped player growth system and some “Battlepass-like” perks (minus the paid part) sound like a good way to add some variety to Pro Clubs. After all, player builds can be far too similar with the majority of players going for small and pacy builds to exploit Pro Clubs’ baffling teammate AI.

More customization options for Pro Clubs is something that’s always fed back to EA as an area to improve upon. EA has taken this feedback and worked on a way to enhance and customize the atmosphere via updates to areas such as your home stadium, more kit design options, crowd chants, and finally, female Virtual Pro builds. With EA introducing some women’s national sides a few years back, it’s quite obvious that the increase in women’s soccer would lead to more women playing FIFA, and therefore the need for more diversity and inclusion within FIFA 22.

The more customizable options the better, but hopefully the game showcases some of these new options, particularly those that relate to stadiums since once the action starts it becomes very difficult to take your eyes off the pitch due to the fast and hectic nature of Pro Clubs. Additional options like tattoos, which are available in Volta, should be added to future FIFA Pro Clubs enhancements. 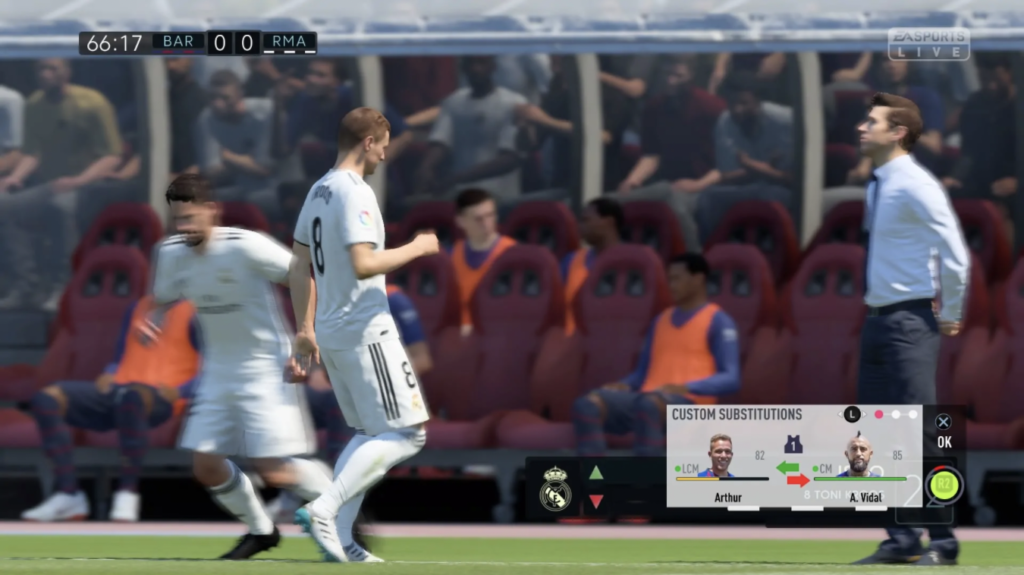 There’s always that one teammate who hops online just moments after you’ve kicked off a match. You generally feel bad for these people as they’ll have to wait roughly 15-20 minutes for you before they can play. Why not let them either watch the match through something like a Spectator Mode or let you sub them on? Plenty of non-sports games that feature online multiplayer modes will let you drop-in mid-match so why can’t we do this in Pro Clubs? 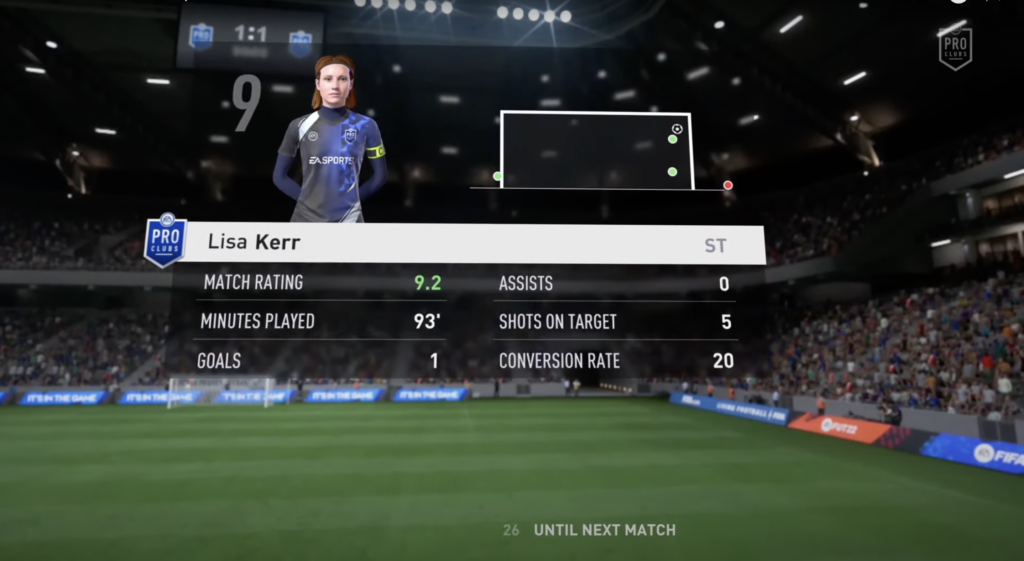 Most of the changes that happen from year to year for Pro Clubs are cosmetic in nature. Areas like customization and new drop-in features don’t impact gameplay, and it’s here where the majority of the frustrations around Pro Clubs exist. It’s uncertain what difficulty level your AI teammates are on, but it can’t be any level(s) higher than Professional. This is evident when playing since the majority of human players take up more advanced positions and leave the defending to the AI.

The defending AI is puzzling at times and downright brainless at others. Sometimes it’s the misplaced step that pulls defenders out of position. Other times it’s the unwillingness to cross a ball on their stronger foot that throws off all of the darting runs into the box. Point being that the AI needs to be bumped up a notch or two, not to superhuman levels, but enough to help rather than hurt the team.

I always go into a new FIFA expecting Pro Clubs will get the short end of the stick when it comes to improvements. Thankfully, I’m wrong this year and I’m pretty stoked to try out this new player growth system. Sure there might be some balance issues, particularly with perks and the chance that you score and face a team where all of the attackers have a post-goal perk that increases their finishing stats. Regardless, a new system was needed. I’m also excited that women can now be used as a base player model in Pro Clubs as FIFA strives for inclusion. Reading all of these changes will make it hard to continue with Pro Clubs on FIFA 21, so once again EA is saying all the right things as we lead up to FIFA 22’s release.

Up next, career mode!