There are quite a few different ways to play MLB The Show 21 online, but the Battle Royale mode is unique for a couple of reasons. The first is that the games are only three innings in length (barring extra innings), which allows you to get through them fairly quickly and move on to another one in your pursuit of the ultimate goal of winning 12 games before you lose two and are forced to start all over again. The second thing that sets Battle Royale apart from other online modes is that it begins with a draft of 25 players that sees everyone selecting the same quality of cards, thus ensuring a level playing field in theory (unlike in Ranked Seasons and Events where you’re bound to face loaded squads).

While Battle Royale does make some attempt to match you up against opponents based on skill level, it’s not quite as scientific as in Ranked Seasons where you clearly have a set rank and are likely to play someone fairly close to that rank. Instead, you’re liable to play people of all different abilities throughout your run as you attempt to notch those 12 wins, from the completely inept to the unquestionably elite. If you play the mode quite a bit, you’ll begin to recognize trends to the point that you can fairly accurately categorize your opponents as certain type of players within even just an inning of playing against them.

What are these categories of players you might be asking? Let’s go ahead and look at 12 of the ones that have been observed in my time with Battle Royale and what distinguishes all of them from each other to help others learn how to better classify their own opponents. You may not come up against every single one of them in one entry even if you are fortunate enough notch those 12 wins, but you’re bound to recognize some of these defining traits and tendencies in most of the players you face within the mode.

The 12 Types Of Players You’ll Face

Though it definitely happens more in Event games where losses don’t matter quite as much since there’s never any entry fee, you will also get the occasional players in Battle Royale mode who, for whatever reason, choose to immediately quit before the game even starts. The most likely rationale is that they just suffered a loss in their previous game and are still early enough in their run that they don’t believe there’s any chance they can get to 12 wins, so they’re better off simply starting over.

Who really cares why they want to quit though? Woohoo, free win! 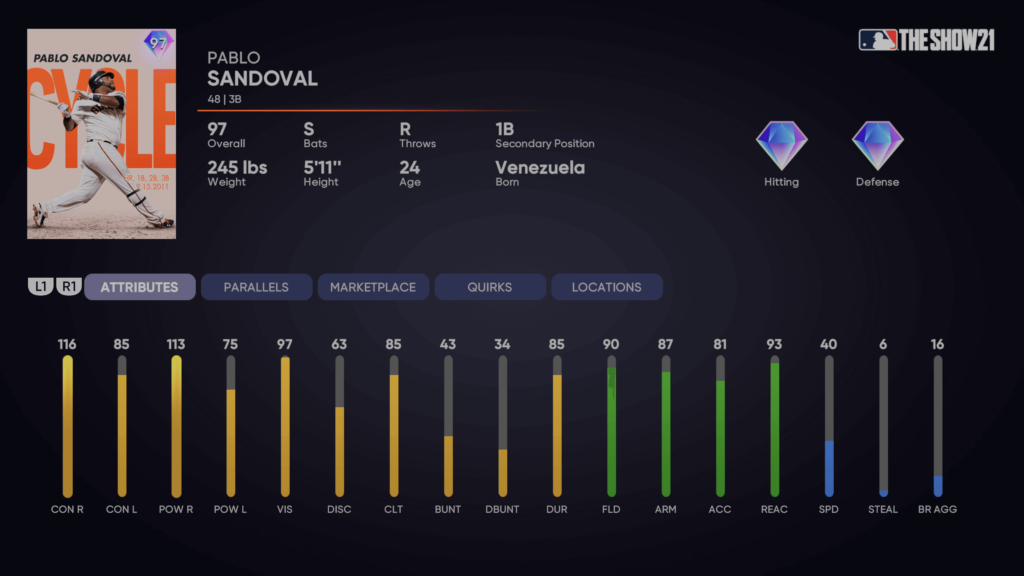 When you’re on the mound against any new opponent, it’s a good idea to start out by throwing some pitches outside of the strike zone to see just how patient they are in waiting for a good pitch to hit. Many inexperienced or subpar players will be all too willing to get themselves out by offering at pretty much any old trash that you throw their way, and there’s no shame as a competitor in taking advantage of that by continuously bouncing curveballs in the dirt and watching them swing and miss over and over again.

You might get a nasty message after the game complaining about not giving them anything over the plate to hit, but part of baseball is learning to be judicious about which pitches to go after.

It never seems to fail that when you grab a lead on opponents in a Battle Royale game by any sort of decisive margin like even 2-0 or 3-0, they will hit the pause menu and you already know what’s coming before it happens. Rather than choosing to concede the game by selecting the quit option in the menu, they instead will offer you a friendly quit with the irrational hope that you will be willing to forget all about that lead you just earned and pretend as if the game never happened.

Once you make the wise and inevitable decision to decline their offer of a friendly quit, you’ll usually find that they’ll then opt for quitting the more traditional way and conceding the game, but it’s always amusing to see them first try to unsuccessfully wriggle their way out of the game without any blemish on their record.

It doesn’t happen all that often when you’re on a Battle Royale run and being matched against people of different skill levels, but every once in a while you’ll face someone who’s almost exactly as good (or bad) as you are. This ideal pairing can create some of the best and closest games you’ll ever play in the mode as you attempt to get the better of what basically amounts to a mirror version of yourself.

These will be the contests that come down to the final at-bat (maybe even in extra innings), and while they may be some of the most stressful games that you have, they’ll also probably be the most fun as well.

If you happen to get matched up against people who have “.tv” at the end of the team name, chances are they stream their gameplay regularly and they may be broadcasting your game to hundreds or perhaps even thousands of viewers right at that very moment. Though it’s not always a given that streamers are any better than your average player, they do likely play the game quite a bit, so you can prepare for a tough game.

The fun thing is that you can look up the streamer on Twitch or YouTube while you’re playing if you would like to hear some commentary on how you play the game and possibly watch someone react to you beating them — just don’t stream snipe them.

There’s no way to truly know what compels someone to do it, but there’s a breed of MLB The Show 21 player that seems to love to break up the momentum of a game by incessantly pausing, leaving you waiting and wondering when it will begin again. Yes, people sometimes need a bit of time to manage their bullpen or lineups, and it’s conceivable that they may be attending to some emergency that demands their attention and truly necessitates a pause, but it’s quite another thing to have someone insist on halting the game after almost every single batter.

In these instances, all you can do is watch the pause timer tick down ever so slowly and prepare yourself for the possibility that you’ll be able to claim victory once it runs all the way down to zero.

While MLB The Show has made a lot of efforts over the years to cut down on any gameplay exploits that people can use to take advantage of things like slow animations, there are still those out there who will try to find any way to get an extra base whenever possible.

This means you will have to watch out for anyone who bunts to get on base and then keep an eye on them on the basepaths to ensure they don’t try anything like going from second to third on grounders to the left side of the infield. It’s good to use throw cancel against these cheesers whenever you get them caught in a rundown as they almost always fall for a fake throw and then can be easily tagged out when they run back towards you. 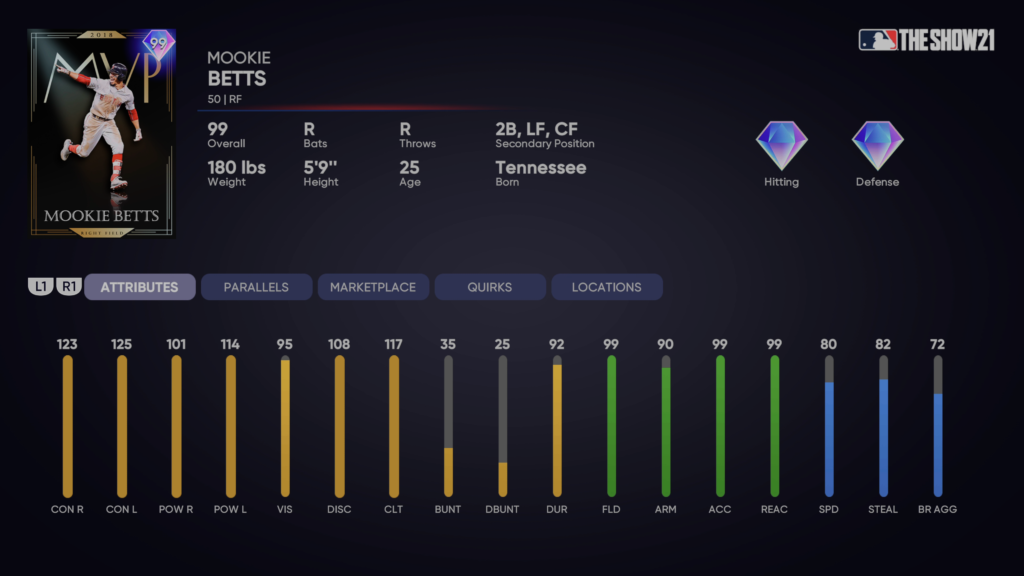 There are some players you’ll face who will have you worrying about every single pitch that you throw anywhere close to the plate while on the mound. It will usually become apparent very early on with these elite hitters that not only is there little to no chance of getting anything by them no matter what you throw, but that they’re also capable of of smacking everything, even pitches out of zone, out of the park. For some insane reason, these people usually play at Shippett Stadium as well — like they need the extra help.

Your only real chance of beating these sultans of swat is to try to keep up with them in a high-scoring shootout, but you’re more likely to find yourself conceding before the three innings are over and moving on to (hopefully) lesser opponents. 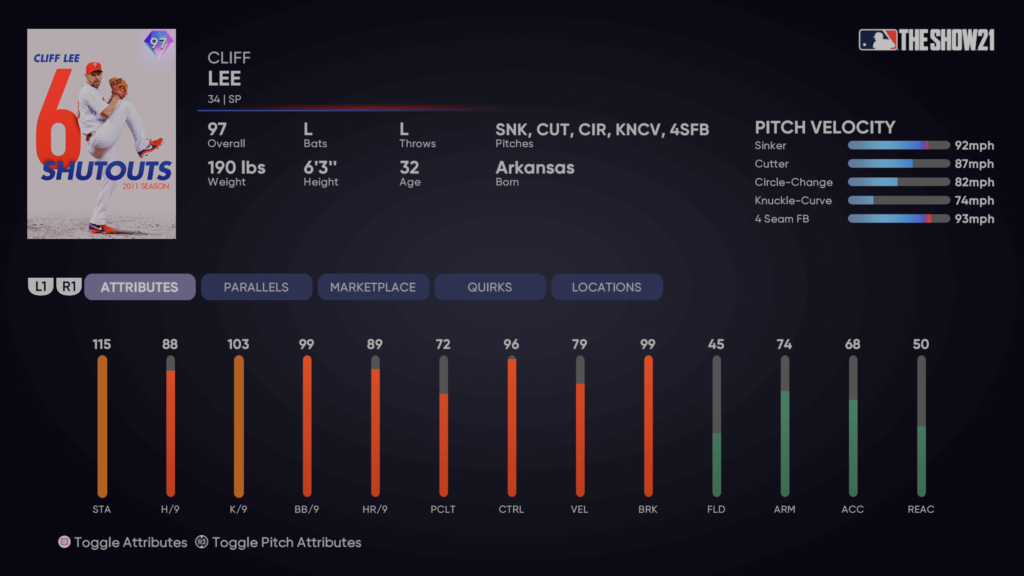 On the other side of things, there’s also the type of player who might not be all that adept at hitting the ball, but they’ve definitely got it all figured out when they take the mound. While you stand at the plate waiting for a good pitch to hit like any patient hitter is taught, they will continue to locate impeccably with every pitch in their arsenal, and they’ll hang them all on edges of the strike zone to make your life hell.

It’s only a matter of time before you’ll be forced to abandon your plan of waiting for a mistake pitch and instead start to hack at some of the pinpoint darts being hurled in your direction. However, good luck making any sort of decent contact when the pitches are placed this well.

It doesn’t happen all that often, but every once in a while you’ll play against someone who insists on sending you a message before the game even begins. It will be some variation of how they are just one win away from the ultimate goal of 12 victories on their run and ask if you are willing to concede the game so that they can receive their reward. Since there’s no possible way of verifying that their situation is actually real (and it probably isn’t), these messages will never get me to quit like they want.

Besides, it seems like achieving 12 wins in Battle Royale would be a lot more satisfying if it’s done legitimately rather than by having it handed to you by someone to dilute the accomplishment. 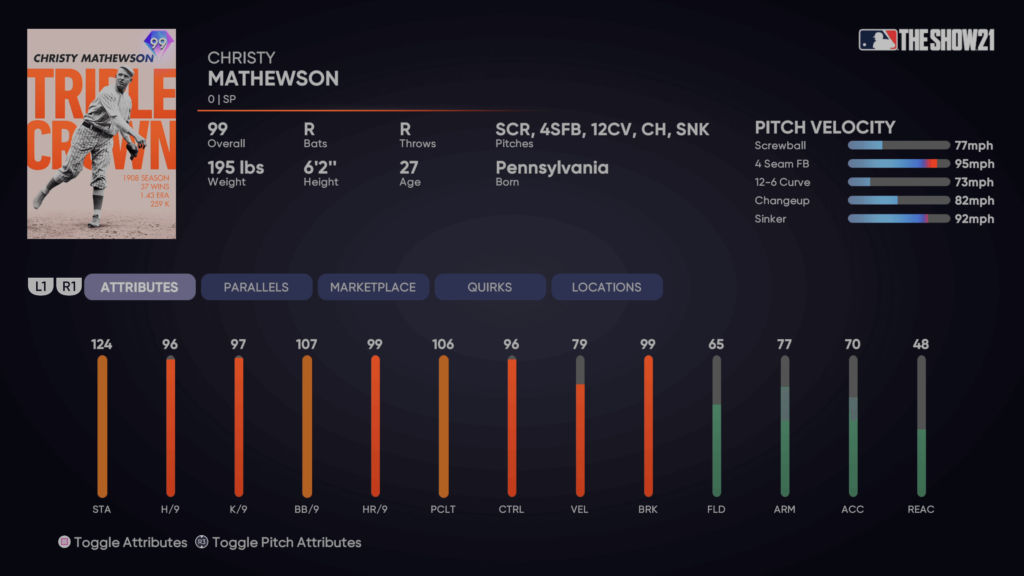 Not everyone handles adversity all that well and there are those who would prefer not to quit a game they are losing. Instead, they choose to watch the world burn. These unfortunate souls will decide that if they can’t win the game, then they will at least make it take as long as humanly possible with tactics like endlessly stepping off the mound before a pitch or trying to pick off a runner as many times in a row as they can. Their hope is likely that you will tire of these shenanigans and opt to quit rather than endure the torture, but it’s best to either wait them out or else just intentionally make outs since you’re usually ahead already when people do this.

Of course, if they somehow can get the game to freeze, then you have to decide if you want to get into a “freeze off” and decide how much “honor” and “principle” are worth to you in a game of video game baseball.

Some people just seem to be more fortunate than others when it comes to the under-the-hood dice rolls that make up at least some of the architecture of MLB The Show 21. When you’re up against these lucky players, it can make for some of the most frustrating games you’ll have. When this happens, you’ll be able to strike out your opponent over and over again (see the Free Swinger entry), but then all of a sudden when they do manage to connect with one pitch, it ends up leaving the stadium.

On the mound, these competitors might regularly leave pitches over the heart of the plate, but you’ll mysteriously not be able to make any significant contact on these meatballs even though your PCI placement is decent. Or what’s even worse, when you do make good contact, it will be a line drive right at a fielder.

These are the 12 types of Battle Royale players we’ve come up with here, but are there any others you can perhaps think of that we have left off the list?