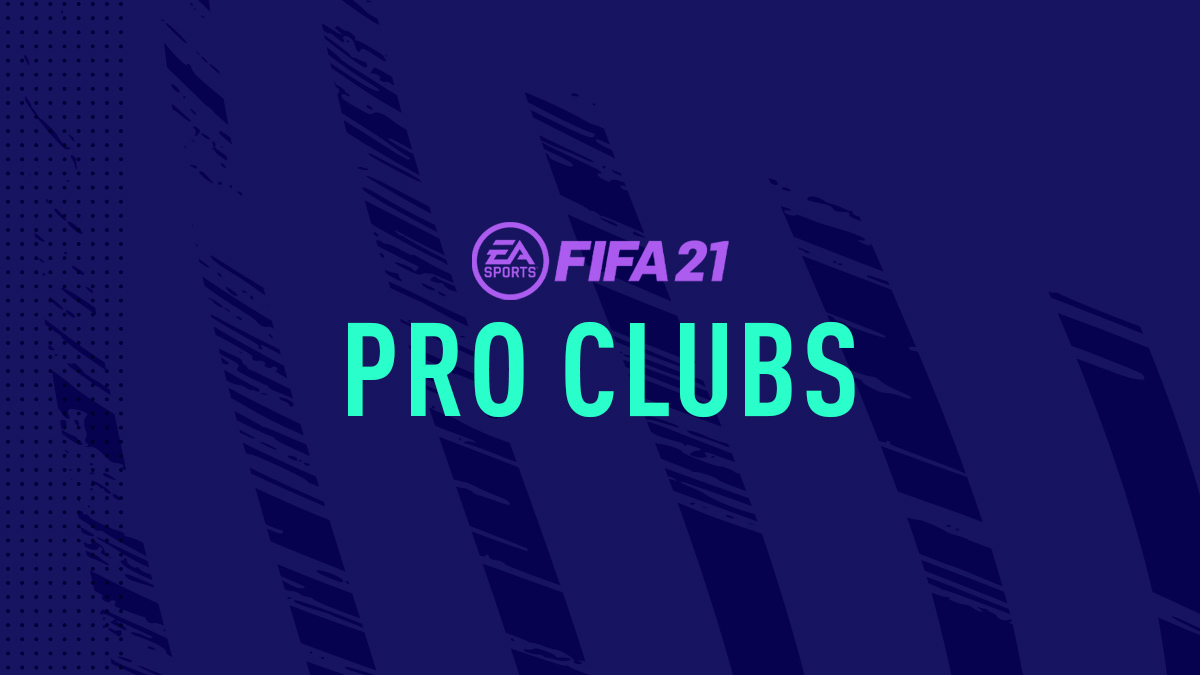 Every time I think about FIFA’s Pro Clubs mode, I utter this phrase to myself: “What could have been?” The mode that should have been what esports is centered around, Pro Clubs combines the best of both worlds. Firstly, it’s a mode that gets you online and playing with friends. Considering the times we live in, and taking into account that most gamers don’t play locally with friends anymore, Pro Clubs has been offering online play for nearly a decade now. Secondly, it’s made for promoting an 11-on-11 environment, you know, like how the actual sport is played. Watching two esports players go head-to-head, often utilizing the same tactics and approach, can get tiresome. However, watching two teams full of 11 players each all working in unison would be a welcome sight. Over the last few years we’ve been promised some additions to Pro Clubs only to be let down. When the most meaningful change is being able to change your kits pre-match to avoid kit clashes, you know how much love the developers have for this mode. Still, in this FIFA 22 Pro Clubs wishlist below, I will be chatting about how Pro Clubs can still push forward on next-gen consoles. 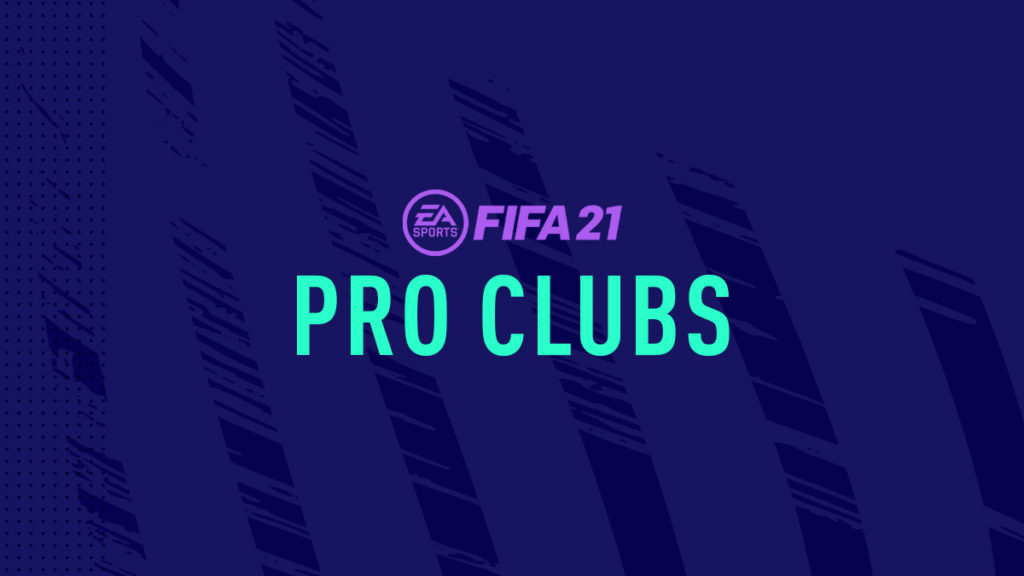 I’m starting this wishlist off with something that benefits the entire community, regardless of what online mode anyone prefers. Why, in 2021 can Xbox gamers not play online against PlayStation gamers? One of the more disappointing side effects of being able to get my hands on a PS5 was the realization that not many people were on the PS5 due to the exclusivity of the PS5. It’s way past time for cross play. 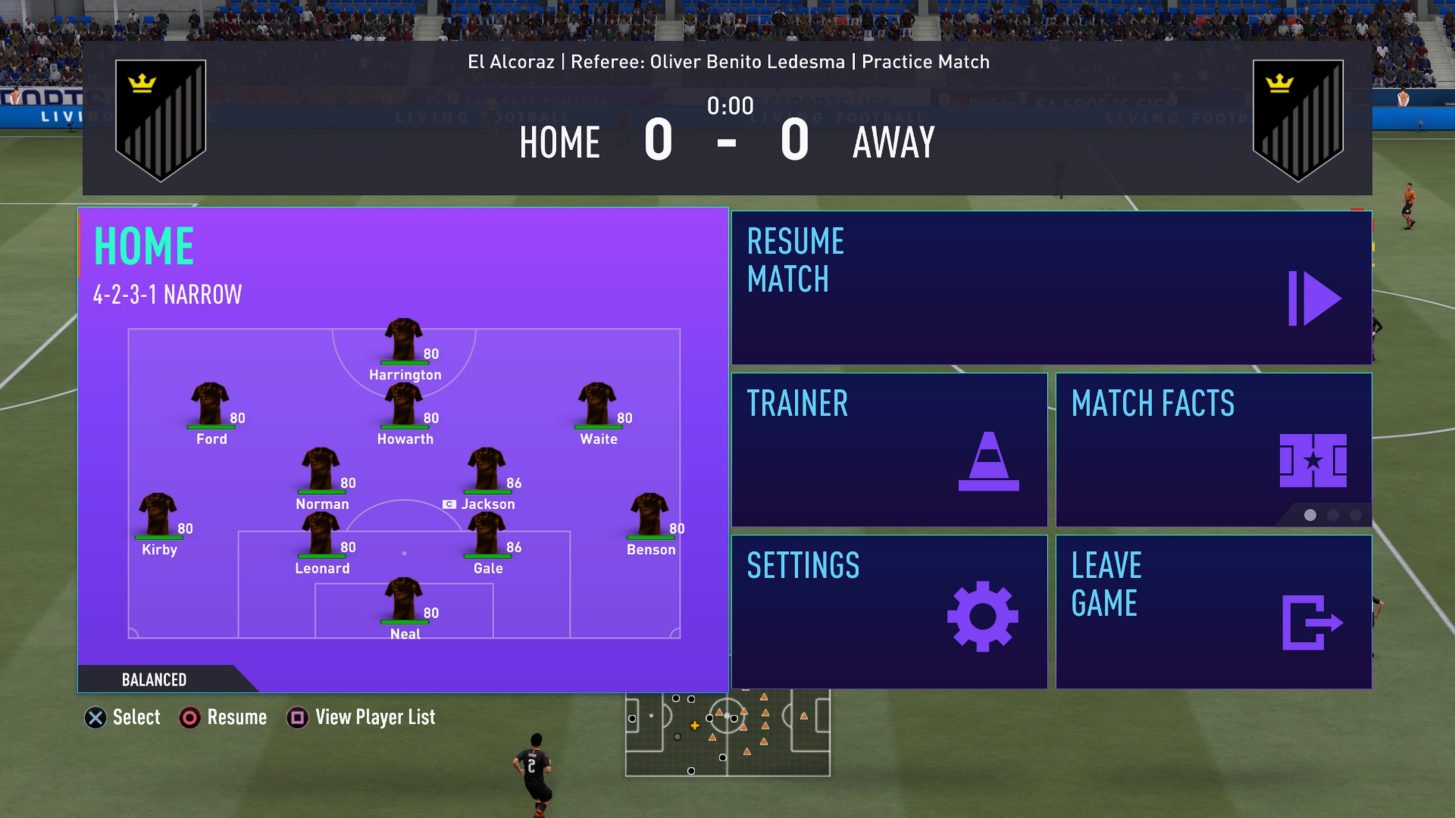 “Hey, what minute are you all in?” If you’ve ever played Pro Clubs with your friends, you must have heard people ask this. They ask this not because they’re generally interested in the current match, but most likely to gauge how much time they have before they can join the next match. Soccer, like most professional sports, has this thing called subs. It’s where one player exits the game or match and another takes his or her place. I know it sounds super simple, but for some reason it’s still not a thing in Pro Clubs.

Being able to jump into a match after it starts doesn’t solely benefit the joining player. It also gives the captain a chance to make tactical adjustments, something that’s often hard considering how few stoppages there are in Pro Clubs. If subs are too much of a technical challenge, then how about a spectator mode? I’d love to be able to watch my Pro Clubs teammates on my TV without resorting to having one of them stream it, which often comes with the dreaded audio delay. Hell, spectator mode is possible in the simplest of games (like Roblox), yet it’s not possible within FIFA 21 Pro Clubs. 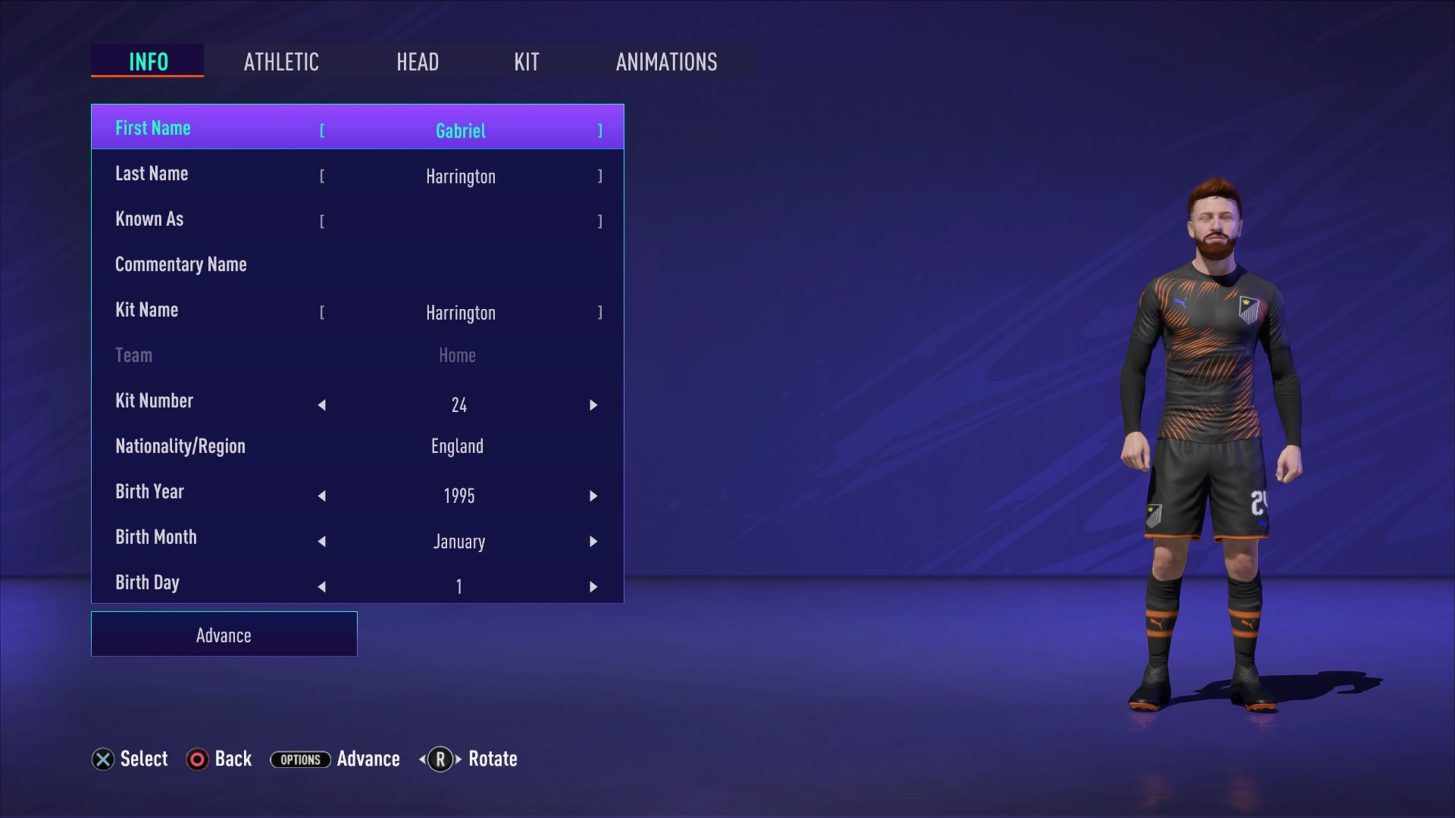 The last time I checked, most professional strikers aren’t 5-foot-3 and 135 pounds. Imagine a world where strikers like Erling Haaland (6-foot-4, 195 pounds), Romelu Lukaku (6-foot-3, 205 pounds), and Robert Lewandowski (6-foot-1, 180 pounds) aren’t even worthwhile builds in Pro Clubs. These are three of the world’s best — if not the current best three strikers — and none of them are player builds you run across because everything in Pro Clubs is about pace and acceleration.

Size and strength be damned! People are always going to find ways to exploit the game, but there needs to be more incentive for normal-sized player builds. Size and strength need to be the counter to pace and acceleration. Slowing down FIFA in general is a whole other discussion, but it would be nice to see some more balanced builds in FIFA 22 Pro Clubs.

Perhaps I should have started with this, but as it currently stands, the AI in Pro Clubs is downright incompetent. Sure, I get it, having the AI set to a Legendary or Ultimate could put some players off, especially as they start their player grind through Division 10. However, the amount of times you’ll see the AI act in an inhuman way is frustrating and ruins the enjoyment of the mode.

I’ve been adamant that the AI in FIFA 21, particularly when defending, is poor. And so when you’re able to exploit AI midfielders with multiple humans, it leads to overpowered attacks. 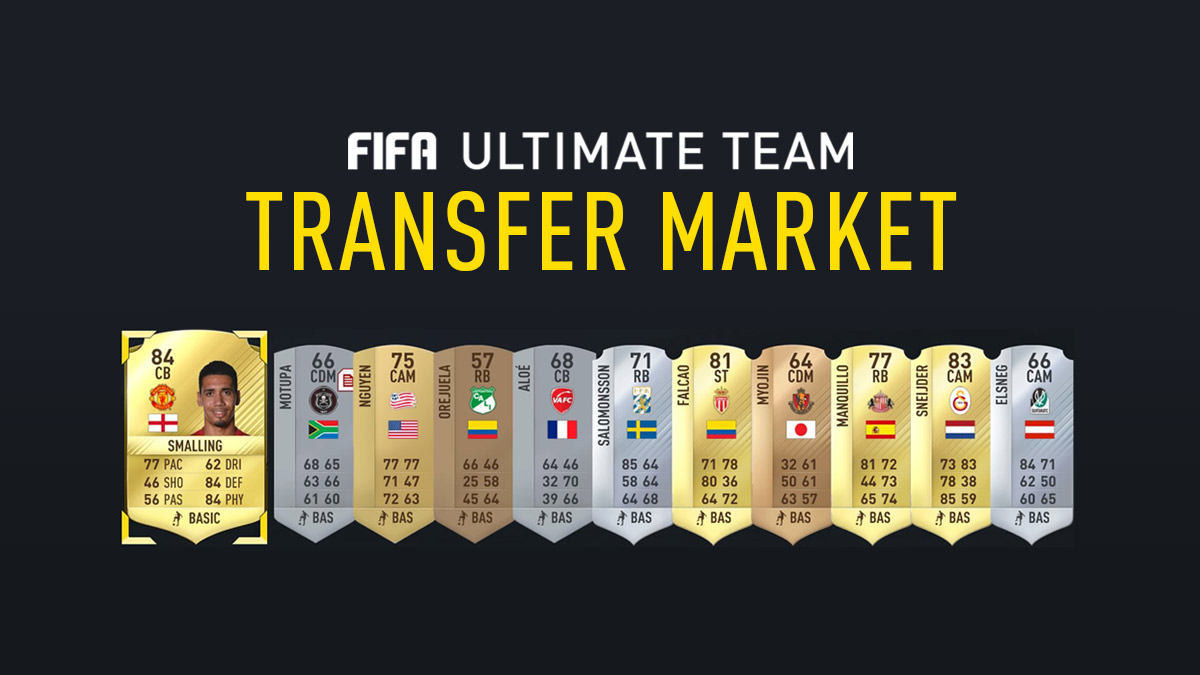 I’m not a huge FUT player. I love the overall concept of the mode and some gameplay elements within it like Team Chemistry, but I struggle to find the time to grind out squad building. With that in mind, I’d like the ability to have real players as teammates instead of created characters. EA did throw us a bone last year with the ability to customize the AI teammates, but as my squad progresses through the Divisions, I’d like to be able to leverage all of the benefits that come along with having the FIFPro license.

Sure it might require some re-thinking of how Divisions and Squads will be ranked, which alters the core of the game. However, if that means we’ll get a more realistic and immersive mode, then I’m all for it. In essence, there are three main ways to play Pro Clubs. First and foremost, there’s “Drop-In” where you can take your virtual pro and play with randoms. If you’ve played Drop-In before, you know what it’s all about. If you haven’t, then it’s basically the equivalent of “we will all chase the ball for stats” with players going for individual glory as opposed to playing a team game.

There’s your normal “Divisions” mode where your club will compete in a mini 10-match season with a certain point total for relegation, promotion, and to win the title.

Lastly, there are tournaments or “Cups” where you can compete in a knockout structure.

Contrast this to exhibition mode where there are 5-6 different modes, several of them being insanely silly with crazy house rules, and it’s no wonder why Pro Clubs can become a bit stale. I’d like to incorporate custom leagues where you can actually compete with other clubs in a traditional league setup (play each team twice, most points at the end of the season wins) with perhaps a Cup thrown in there to break up the monotony.

Substantial changes to FIFA Pro Clubs have been minimal over the years. Minor tweaks like addressing kit clashes were promoted as major upgrades while things like custom tactics and player editing, all of which have been available for years in other modes, were finally brought to Pro Clubs. While those additions are welcome, they’re not quite what the Pro Clubs community has been asking for over the past decade. Gameplay changes aside, many of the items I touched upon in this article are long overdue. Here’s to hoping Pro Clubs gets the love it deserves in FIFA 22!