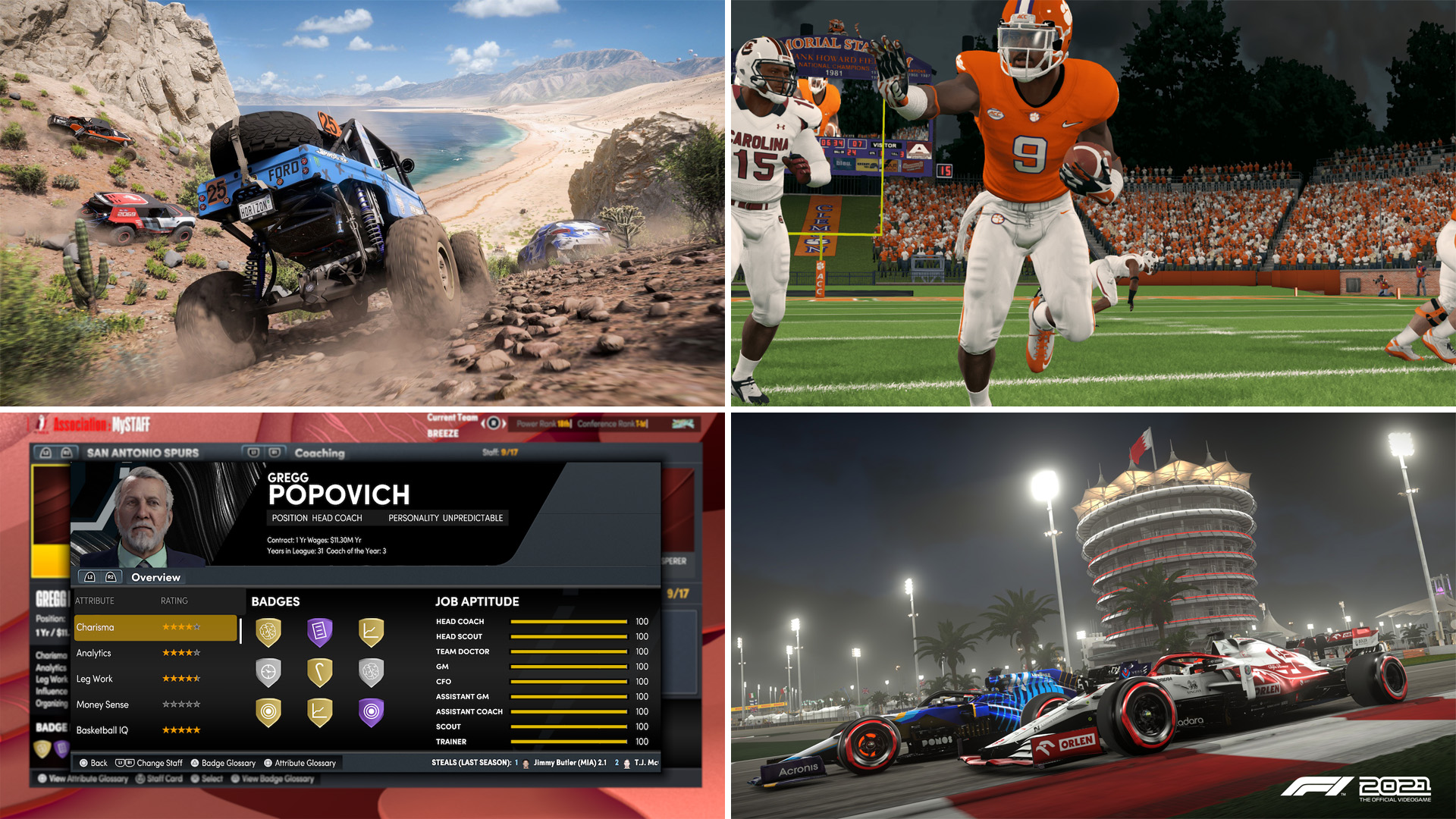 MLB The Show 21 remained one of the best sports games of the year in 2021 (we’ll see if it takes home the top spot in our awards this week). That said, one of the final “content” drops for the game is at the end of this week, and the next version is on its way. With that in mind, Brian discusses the upgrades to franchise mode, Diamond Dynasty, Stadium Creator and player models we should expect to see from the game.

When it comes to obvious and logical cover athlete picks, MLB The Show 22 has one of the easiest jobs of all-time this year. We’ll see what happens with the lockout, but assuming MLB players can still do some normal activities, SDS has one player to go and try and snag for the cover art this year.

Do you love sports games, but you’re looking for titles on the Nintendo Switch? Matt drops his top five sports titles on the Switch. Some big names are missing from the Switch, but there is still a ton of solid games to play. Plus, the added perk is being able to play them in “handheld” form as well.

There is one creation tool NBA 2K needs to improve the “official” game, and this modding tool could help take things to the next level. NBA 2K23 needs the Cyberface Mixer in a major way. It would be a great modding tool for everyone to have access to, and it would be a great way to haunt the dreams of your video game enemies as well.

The roster for the upcoming WWE 2K22 is a major topic of conversation. Most fans want to know who will be or out once the game releases this spring. Here is a bit of a prediction based on conversations with people who have knowledge of the game. Whatever ends up happening, this is the most fluid any WWE 2K roster has ever been.

The NCAA Football series is no more, so the next EA college football title won’t be called NCAA Football 22. However, every fan’s most polarizing video game development studio is still bringing NCAA action back to Xbox One X and PlayStation 5. Hopes are that the gameplay is tight, but I wouldn’t expect it to be available on last-gen consoles. Regardless, there is plenty of potential features that could make it into EA Sports College Football. 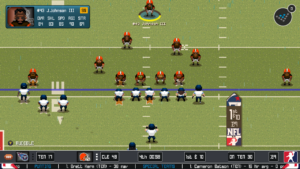 In the world of sports video games, choice reduction has been a very unpopular trend for the last two decades. During this time, the importance of “alternative” sports choices has become crucial to the genre. This is how we think of this category. It’s not alt-rock or skateboarding, it’s just a game that’s an “alternative” to the accepted norm for various sports (where applicable). Beyond that, yes, this is a good catch-all category for any sports games that may not come up elsewhere. While there are many games that strive for excellence, few alternative sports options garner enough attention to make it to the mainstream. 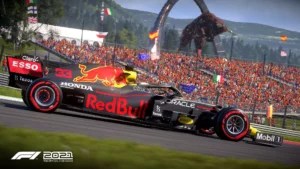 It’s a painful fact that many in the sports gaming community struggled to find sports titles that fulfilled their pre-release promises over the year of 2021. It feels like those who preferred the likes of a solid franchise or career experience were left out in the cold with minimal updates and promises of deeper experiences ringing hollow as post-release support has been minimal for many large developers in the world of sports gaming. 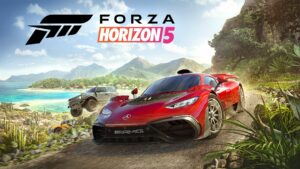 The racing genre is heated these days with multiple developers rightfully feeling like they are in a position to take top spot on the podium. We have EA, EA/Codemasters, Motorsport Games, Milestone, Kylotonn, Playground Games, Polyphony, and more. Some of these developers focus on more than racing games, but the point is there are a lot of people out there right now who are very good at what they do. So for all the talk of “normal” sports games being down this year, the racing part of the sports side of things is thriving, which makes the winner here all the more impressive. 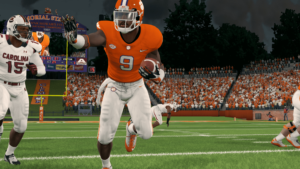 When it comes to landslide victories with our awards, this is the one that had the most one-sided vote of all of them. The Best Sports Game Trend in 2021 is the fact that college sports are finally on the horizon once more. It’s been eight years since the last college football game (NCAA Football 14), and even longer since the last hoops game (NCAA Basketball 10). While modders have kept the football series afloat over recent years, that feeling of what could have been picks at those of us who love the tradition and pageantry that only college athletics can offer. With the relaxing of amateur laws, the NCAA opened up the door for EA to explore the option of restarting its dormant college football franchise, which will return now as EA Sports College Football. 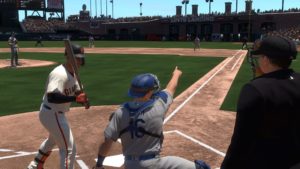 Bouncing from the positive of the best trend to now the “award” for the worst trend, it’s generally easier for most to wallow in the muck of negativity than vice versa. I think it was even easier for many folks this year because traditional sports games did have a down year. I don’t think any of the gold standards put together their best game this year. This is why we feel the Worst Sports Game Trend in 2021 relates to big franchises feeling stuck in neutral. 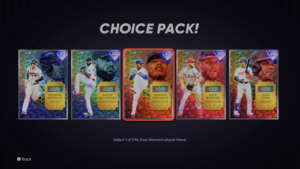 The king stays the king when it comes to the best card collecting mode in 2021. MLB The Show 21‘s Diamond Dynasty continued to be the most accessible and fun way to build a dream team. However, this also has just about as much to do with what they are doing right as it does with what the other titles continue to do wrong. 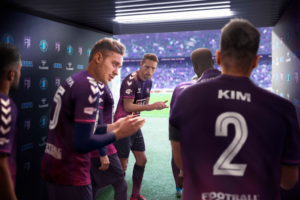 As a big pro wrestling fan, I think about the “best management sim” in terms of a world title belt where the “booking” of the category could feel annoying if you had to watch the “win trading” continue to happen between two top contenders who were not worthy of that spot. But sometimes the mix of personalities and skill on display allows you to eat up rematch after rematch between two adversaries. Instead of it dragging on like an endless slog of Cena/Orton rematches, instead it’s Rock/Austin at WrestleMania. You could watch it every week or year because it’s the two best athletes at the top of their game, and it’s widely accepted no one else can touch them. This is the OOTP vs. Football Manager battle, and even if the category certainly involves other good to great games, the two superstars are in the main event for a reason. This year, we went with Football Manager 2022 as the Best Management Sim in 2021. 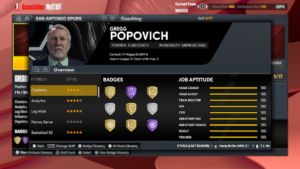 Coming into the 2021 slate of sports games, I think we were hoping this category would be a little more competitive than it ended up being. We knew Madden 22 was going to have a bigger focus on franchise mode, and last year FIFA and NHL also received some relatively sizable upgrades that we thought might be a sign of things to come. Then we had the sort of ol’ reliable franchise modes of NBA 2K and MLB The Show to look forward to as well. However, now as we look towards the ’22 slate of games, we have to sort of be hopeful once more because ’21 was not the best of years for franchise heads. I would not go as far as to say NBA 2K22 is the Best Franchise Mode in 2021 almost by default, but getting the gold was not as hard as it should have been either. 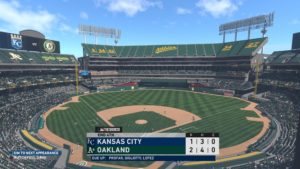 When the new consoles launched in 2020, it did not feel quite right to call it the “end of an era” yet because not every sports game even made it to those consoles at launch. We got some “performance updates” and other phrasing around the new-gen updated games, and so it felt a little early. This year we got NHL, eFootball, and a lot of other games we did not see during the 2020/21 window of releases on the newest consoles, so it feels like a majority of companies have made the leap now. And maybe even now it’s too soon to call it the end of that era when many people still can’t find a PS5 or Xbox Series X/S. Still, we’re considering 2021 the end of the 8th generation of consoles, and we believe MLB The Show should win the Best 8th Gen Series Award. 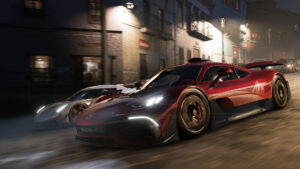 It’s rare that a racing game gains enough traction with our staff to beat out some of the “traditional” sports giants, but it’s impossible to deny Playground Games and Forza Horizon 5 this time around. Forza Horizon 5 does too much right, and while it absolutely stands above the competition on its own merits, some of the other heavy hitters also did just enough wrong in 2021 that even more people than usual widened their scope and looked to a genre they maybe didn’t always notice before. Forza Horizon 5 is the Operation Sports Game of the Year for 2021. 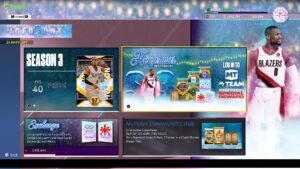 “Dropping the ball” is an event typically synonymous with excitement and hope when a new year arrives. Unfortunately, the usage of the phrase in my title is more about MyTeam’s seeming lack of the Glue Hands badge. Still, I am hopeful that maybe 2K can save the day with a Rodman-like dive at the last second of Season 3. And it’s really not rocket science guys, just give us some legitimate content. I’m not the only one who thinks this because the community at large is unimpressed with MyTeam right now. This is not ideal because compared to previous years there is technically a ton of stuff to do in the game right now. 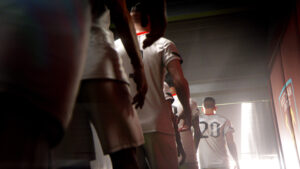 When we last saw UFL, it was the summer and it seemed like the footy flood gates were opening. Traditional soccer stalwarts like eFootball were struggling out of the gate while FIFAwas/is in danger of losing its brand name. Enter the UFL stage left! So what’s been going on since this official announcement trailer? Well, a decent amount of news has dropped so let’s catch everyone up.