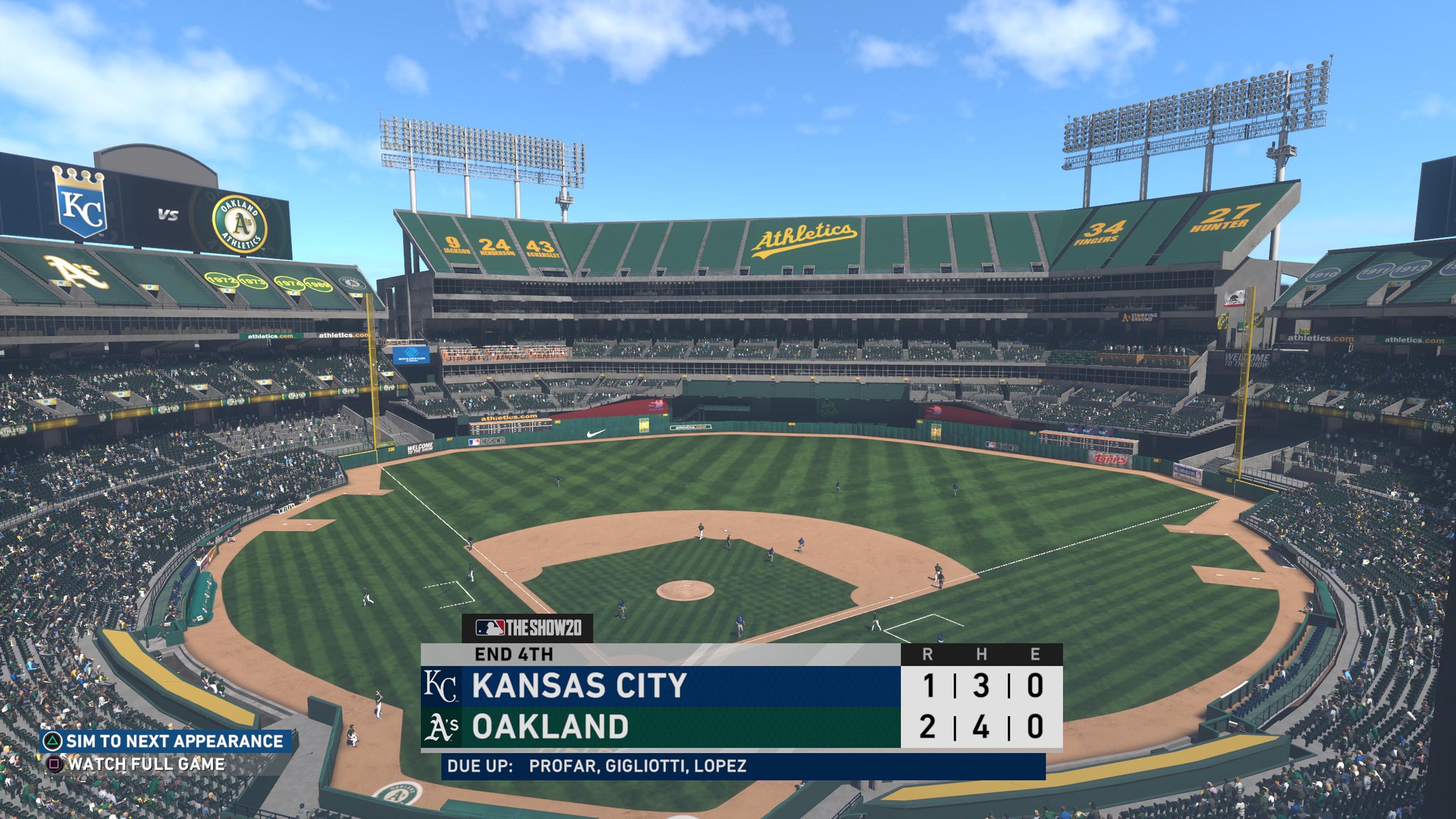 When the new consoles launched in 2020, it did not feel quite right to call it the “end of an era” yet because not every sports game even made it to those consoles at launch. We got some “performance updates” and other phrasing around the new-gen updated games, and so it felt a little early. This year we got NHL, eFootball, and a lot of other games we did not see during the 2020/21 window of releases on the newest consoles, so it feels like a majority of companies have made the leap now. And maybe even now it’s too soon to call it the end of that era when many people still can’t find a PS5 or Xbox Series X/S. Still, we’re considering 2021 the end of the 8th generation of consoles, and we believe MLB The Show should win the Best 8th Gen Series Award.

This award came down to consistency. What series was the best during that run from roughly 2013 to 2021? If you can remember back that far, at the start of the generation I think we all would have said NBA 2K would end up dominating it.

The Momentous NBA 2K14 trailer was an all-timer in terms of building hype for a game that looked truly next-gen, and it did end up being a showcase at launch for the power of the next-gen consoles. On top of that, 2K14 felt different on the court, and it just seemed like a great first entry that would set the tone for all sports games to try and live up to the next several years.

On the other side of things, MLB The Show 14 was delayed on next-gen consoles into May, and while it did have visual upgrades, it did not feel as “next gen” as NBA 2K14. This was not a new place for The Show to be in either because the PS3 era of The Show (MLB 07, which was also delayed to May) also got off to a sort of false start before SDS found a groove the following year.

To say the 7th and 8th generations mirrored each other in how things progressed would be an oversimplification, but I do think it’s fair to say that MLB The Show caught up with NBA 2K by about MLB The Show 16 or so. From there, these two games generally battled it out for pole position in the community, and most years it was these two games that the staff would argue about year to year for the “best game of the year” award.

I don’t think it would be incorrect to give either NBA 2K or MLB The Show this award, but I think a couple factors made up the difference. MLB The Show had year-to-year saves and custom rosters that could also exist year to year, which meant you did not have to start from scratch when you picked up the new game. This was a huge deal for franchise mode fans, and for people who did not want to start from scratch every year when creating new rosters.

It maybe does not seem like the “biggest” feature, but that continuity was the general way The Show held up against the might of NBA 2K‘s more rapid implementation of new ideas that made their modes more impressive than what was in The Show. NBA 2K was sort of the three-outcome player to MLB The Show‘s contact-heavy approach. Or maybe the better way to put is 2K was that oft-injured superstar, while you could count on The Show to make it on the diamond and be above replacement at the end of every season. The lifetime WAR totals probably ended up being close to even, but you just trusted one player’s performance to be more consistent year to year.

Beyond that, I do think gameplay matters here as well. Again, NBA 2K generally tries to implement new gameplay mechanics more often than The Show, but no game remains as consistent year to year as The Show. You can knock it at times for maybe not evolving enough, but the formula is tried and true on the diamond, and rarely is “gameplay” the reason The Show struggles during a year.

Lastly, I don’t think Diamond Dynasty should go unmentioned. Depending on who you are, you can take it as a negative in some regard that Diamond Dynasty probably received the most transformational updates during the 8th generation — it would battle with Road to the Show for those honors — but it absolutely improved year after year to now dominate that area of things. Maybe it doesn’t compete with any of the heavy hitters in terms of the profits it makes from packs or in-game currency, but it’s without question the best mode of that sort.

Beyond those two juggernauts, I think Forza Horizon and Super Mega Baseball deserve some amount of recognition as well. Neither game came out every single year, but both series almost universally nailed it when they did get a release. On a personal level, I really did struggle between Super Mega Baseball and MLB The Show for my own personal selection, but I think considering the length of this generation, it made me lean just slightly more towards The Show.

I do think one final game to call out here is Rocket League. It was not in our voting because there was only one game, but it would be relatively easy to argue it was one of the more important games of the generation, and it remains one of the best games to this day. It’s just that the Psyonix developers more or less perfected their formula with this version, so it’s made more sense to just grow that audience while focusing on the esports aspect of things and getting people to buy new cosmetics as a way to keep the game profitable.

All in all, I don’t think the 8th generation will go down as an all-time generation for sports games, but there was still quite a few series that were consistently excellent, and MLB The Show was out in front of them all.

The community oscillated between the same two games the staff did for this selection. MLB The Show ultimately won by a relatively comfortable margin. Forza Horizon, FIFA, and Super Mega Baseball all had around the same number of votes as they battled it out for the bronze.