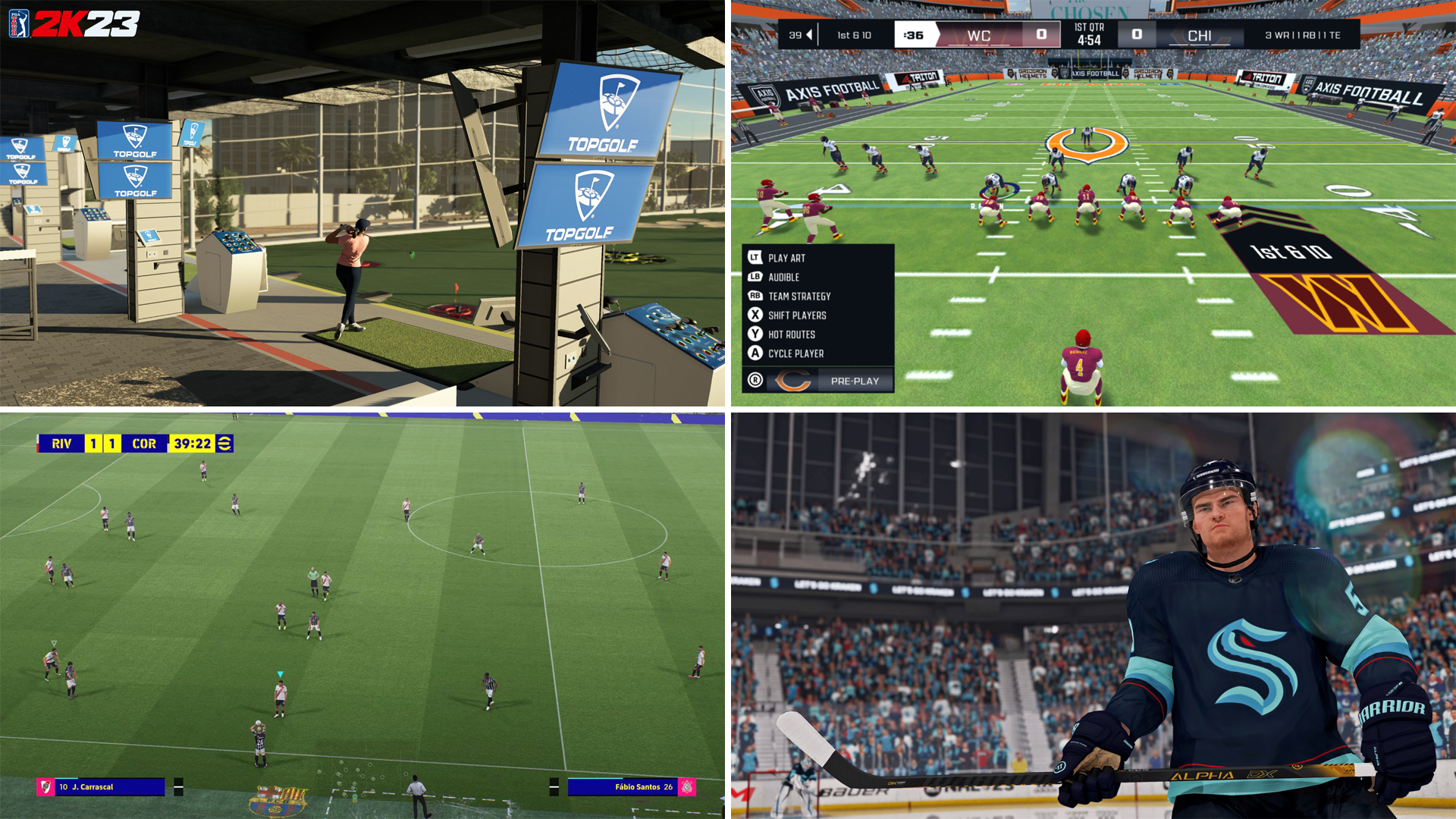 Every Sunday, we will get you caught up on the sports gaming news you might have missed, during the busy week. This week we’ve posted our reviews of eFootball 2023 and Axis Football 2023, along with why you should be playing WWE 2K22 and more.

WWE 2K22 was highly anticipated, perhaps for some right and wrong reasons. Regardless, when 2K announced it would have a new gameplay engine, people were excited about the potential. After the mess with WWE 2K20, 2K did a good enough job with marketing for 2K22 that it attracted many players who just wanted to stream it on streaming platforms (maybe still expecting the worst in some cases). Eventually, many YouTube channels popped up just to cover this game. With high sales numbers, WWE and 2K seemed happy and have extended their agreement until the release of WWE 2K23. I suspect this agreement will be longer, and I think WWE 2K22 is still worth playing right now.

eFootball 2023 is a significant improvement upon its predecessor eFootball 2022, but it’s more complicated than that. First things first, eFootball 2023 isn’t exactly a brand new offering, which is something we’re used to seeing with sports games released on a yearly basis. It’s simply a new “Season” in terms of Events with a few gameplay updates sprinkled in along the way. If you’re in the market for a footy game and you want something fresh after having experienced eFootball 2022, then 2023 is simply not for you. As you’ll soon find out, there aren’t a lot of areas where Konami improved the game enough for it to be considered a new experience. There are, however, a few areas that I’ll touch upon that have been tweaked since the original free-to-play version was launched. In other words, stick around for a little bit and find out if things have changed for the better in this eFootball 2023 review.

Topgolf will be coming to PGA Tour 2K23 and, at first glance, it looks as if it’s going to be a welcome partnership for fans of the series. With everything that PGA Tour 2K21 did right as a golf video game, it was still lacking in quick and innovative game modes that could have you claiming some bragging rights over friends and strangers alike. Divot Derby was a nice addition well after the game’s release, but it didn’t have all that much lasting appeal and wasn’t something you could enjoy locally on the couch with buddies. That’s where Topgolf has stepped in to fill a void as a mode with potential in PGA Tour 2K23thanks largely to its straightforward approach and dynamic scoring system.

Finest Jimmy Rollins is the new collection to save up for over time. There are 18 collections you’ll need to put together via vouchers, and you can’t take any of them off as you need 18/18 to snag him. This is one of those collections where if you haven’t been keeping up on things, you’re in for a long haul. However, it is likely worth the wait as even with only one defensive position you’re getting someone with switch-hitting ability and 99 speed across the board. He also doesn’t have the usual massive platoon splits, so this is an everyday player no question. You’ll need at least 20 of the new Faces of the Franchise to get Rollins, so you’ll need to buy a couple of them on the marketplace as of now to snag that specific voucher.

Since its inception in 2015, the Axis Football series has been slowly making a name for itself as an alternate football title. With only a small development team behind the game, the upgrades and improvements have come at a reduced pace. Over the years, Axis Games has delivered on the promises of bringing season mode, graphical modding, and franchise, but for Axis Football 2023 the message was clear and the developers were transparent. This was the year where the focal point would be on the on-field action. In order to create a more fluid and realistic sim experience consistent with today’s standards of other football titles, Axis set out to focus on the gridiron. With that in mind, let’s get into my Axis Football 2023 review.