By the end of All-Star Saturday night, we had five new players in MyTeam. I have reviewed all five of them in multiple articles, and now we have three more players added to the mix. In addition, these players have now been split off into their own set of packs, so now the Flash packs and the All-Star Moments packs are separate entities. This is important because it should help stabilize the prices on some of those Flash players (or keep LeBron and MJ prices high), and it should also continue to drop the price of some of the All-Star Moments players. As for the new All-Star Moments, we get pink diamond Kawhi Leonard, pink diamond Giannis Antetokounmpo and pink diamond Chris Paul.

This won’t be a full review of any of these players (Giannis and Kawhi are prohibitively expensive right now), but I still want to quickly run through a general synopsis of where these players fit based on stats and the meta. 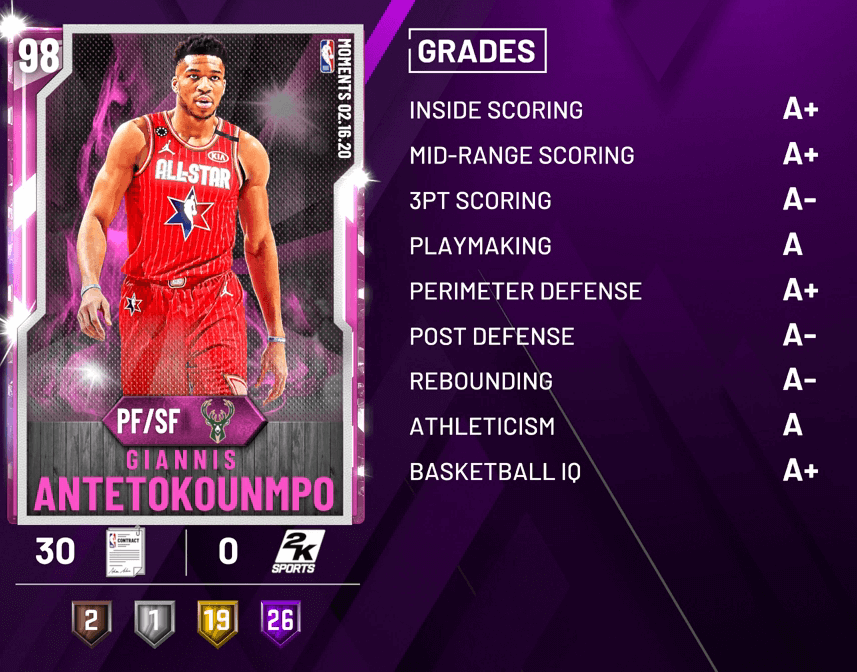 Quick Analysis: I don’t think people who grinded out the Spotlight pink diamond Giannis need to be in despair. What you’re getting here are some new useful playmaking and shooting badges that make him harder to leave open for jumpers, but it’s not going to fundamentally alter much. Now, for those who did not grind out the Spotlight Giannis, now you have an easier avenue to one of the best players in the game. Still, if you’re just looking at him as an upgrade, it doesn’t look necessary to spend all that MT. 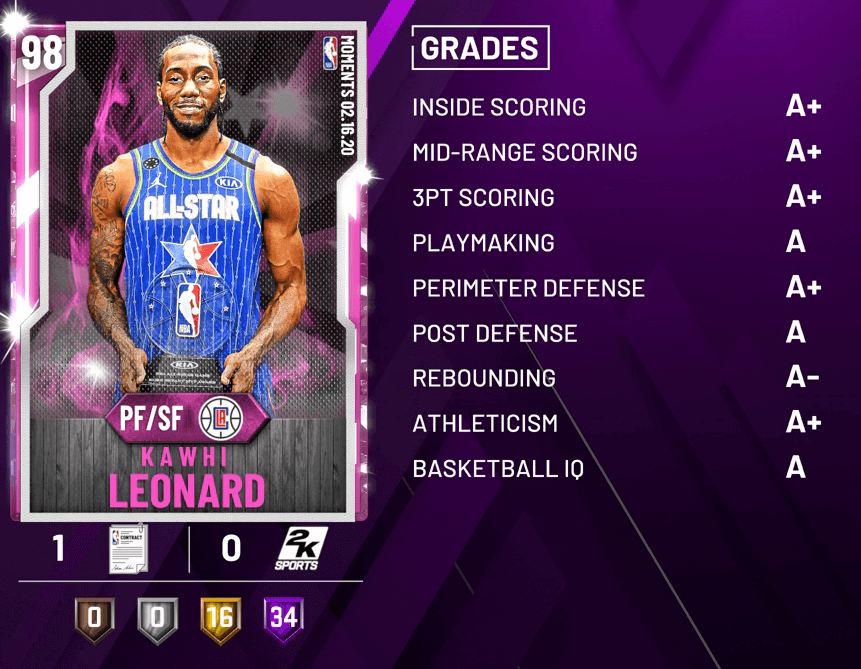 Quick Analysis: Now, Kawhi is a different story. He gets an insane 34 HOF badges and a position change to PF. So in relation to the Spotlight Lin pink diamond Kawhi, this is a major upgrade. He’s a much more diversified scorer now, and he retains all the insane defense as well. The perk of the other Kawhi was that you could play him at SG, and playing Kawhi at PF is not as exciting. Still, if you switch everything anyway, it’s a moot point overall. I also really enjoy shooting with Kawhi every year in 2K, so this would certainly be a card on my “wanted” list. Thankfully, we know galaxy opal season is coming, so this card will probably be way cheaper than you can fathom in a shorter amount of time than you think. 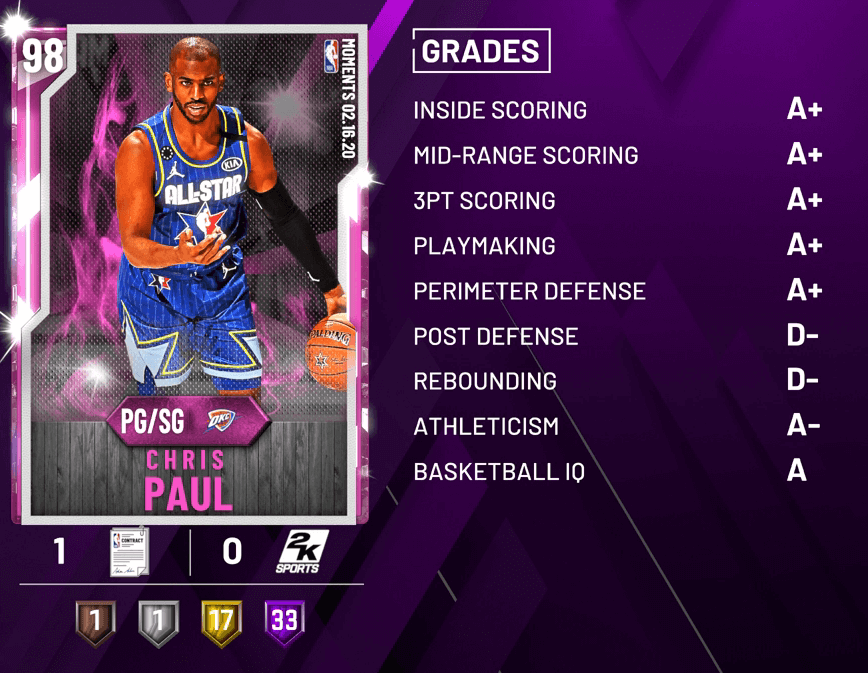 Quick Analysis: Chris Paul also gets 33 HOF badges, but he’s still going to most likely end up as a budget option (as funny as that is to write). The Flash Steve Nash has 27 HOF badges, but these players will probably end up around each other in price. The CP3 will be a little higher cost because of his improved athleticism and defense, but his shot is still going to be a problem. Even with HOF Quick Draw, the slingshot release will be a problem for many due to its continued slowness and timing issue. It’s not dissimilar to the way people felt about Nash’s shot on most of his cards before the pink diamond improved it somewhat. On top of that, his size is still a concern in MyTeam. Still, it’s a crazy good card and it’s certainly usable, it just won’t be meta. But if you’re on a budget, then hey, he’s great for you.