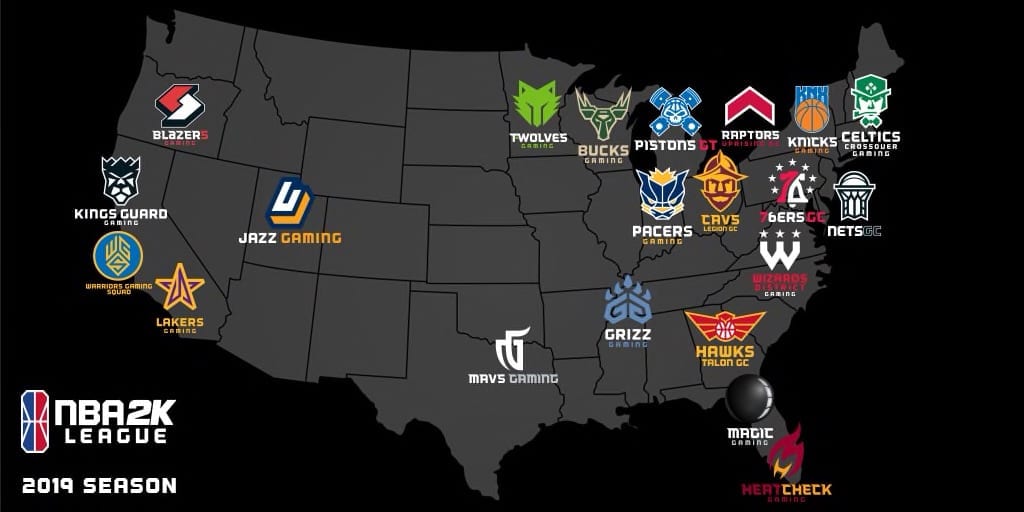 If you missed out on week 1 of the 2019 NBA 2K League regular season, there was plenty of action, including some fines and suspensions handed out, due to a postgame altercation, following Hawks Talon GC’s 68-58 win over Celtics Crossover Gaming.

Read on for a full recap of week 1 and don’t forget, week 2 of NBA 2K League action continues Wednesday, April 17 at 6 p.m. ET. Fans can watch on Twitch and YouTube.

IT’S STILL SUNNY IN PHILADELPHIA: Riding the momentum from winning THE TIPOFF powered by AT&T, 76ers GC started the 2019 NBA 2K League regular season 1-0 following their 73-54 victory over Raptors Uprising GC. With 28 points and nine assists in the contest, Ethan “Radiant” White (left) was named the Intel Player of The Week for Week 1 of the NBA 2K League regular season. Click here to watch highlights of his performance.

ROOKS TO THE RESCUE: History was made in Week 1 when Bucks Gaming’s Aaron “Arooks” Rookwood (left) recorded eight three pointers in an 80-57 victory over T-Wolves Gaming. Rookwood would make history again when he matched that record a day later in a 68-67 double-OT thriller over Blazer5 Gaming, where he finished with 41 points and seven assists in the contest.

PROMISE BROKEN: In an instant classic, Bucks Gaming defeated Blazer5 Gaming 68-67 in a rematch from THE TIPOFF. Despite a guarantee from Portland’s Nidal “Mama Im Dat Man” Nasser (left), Milwaukee was led to the intense victory by Aaron “Arooks” Rookwood. Nasser finished with a double-double of 31 points and 11 assisted while Dayne “OneWildWalnut” added 19 points and 16 rebounds for Portland in the losing effort. Click here to watch the game’s exciting finish.

Pacers Gaming’s Nick “Swizurk” Grech tallied 30 points and five assists in an 80- 42 victory over Jazz Gaming. Ramo “Ramo” Radoncic also recorded a double-double with 19 points and 15 rebounds for Indiana in the contest.

No. 12 overall pick Isaiah “Wavy.Zay” Hancock registered 24 points and six assists for NetsGC in a 74-66 victory over Kings Guard Gaming. NetsGC also defeated Magic Gaming 61-58, improving to 2-0 on the season.