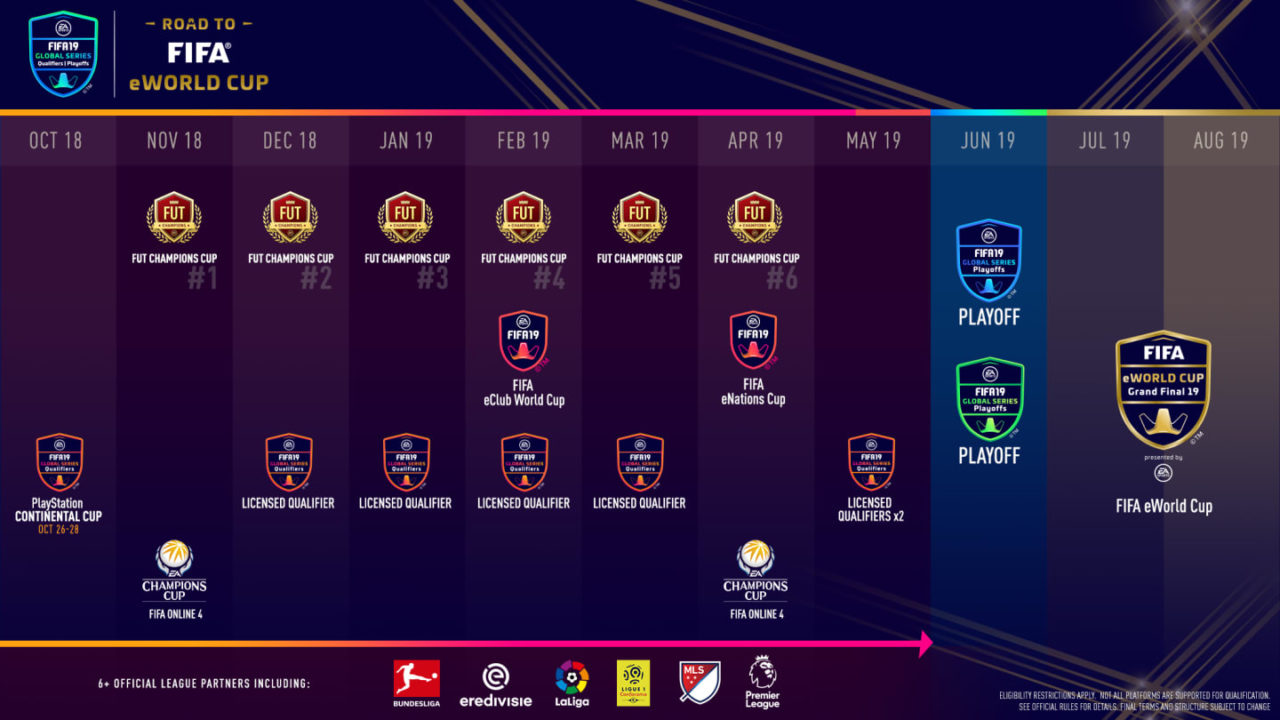 Significant viewership growth was anchored by many key factors as the FIFA 19 Global Series featured 17 official league partners vs. eight last season, the first-ever eChampions League in collaboration with UEFA crowned NYC_Chris as its inaugural respective champion and the FIFA eNations Cup™ was successfully introduced for the first time.

“Our partnerships with FIFA, UEFA and 17 world-class football leagues elevates our connection to the traditional sport driving unprecedented player and spectator engagement. Now, we watch the top 120 players that qualified for the EA SPORTS FIFA 19 Global Series Playoffs compete in pursuit of becoming world champion at the FIFA eWorld Cup 2019.”

Director eFootball & Gaming at FIFA, Christian Volk talks about the importance of eSports and the growth of football across the world.

“The continuous increase in viewership underlines the huge interest in competitive FIFA and the importance of eSports in the ongoing growth of football across the world. We are looking forward to welcoming the best 32 EA SPORTS FIFA 19 players to the FIFA eWorld Cup this summer and crowning the ultimate champion of this record-breaking season.“

FIFA 19 Global Series Playoffs starts first with the Xbox ladder on July 5-7 in Hamburg, Germany with the PlayStation 4® bracket occurring July 12-14 in Berlin, Germany. The top 120 EA SPORTS FIFA 19 players in the world (60 on Xbox One; 60 on PlayStation 4®) will be put to the test, including F2Tekkz, Rogue Msdossary, FCB nicolas99fc and Vitality Maestro as they try to advance from the playoffs to the pinnacle – the FIFA eWorld Cup 2019.See the full list of FIFA 19 Global Series Playoffs participants by visiting https://fifa.gg/.

Throughout the season, FIFA 19 launched players into super stardom sharing couch to champion storylines, uncovering the trials and tribulations of competition and tracked rankings on Xbox One and PlayStation 4®. F2Tekkz, ranked as the #1 player 28 consecutive weeks on Xbox One, and FCB nicolas99fc, ranked as #1 overall 21 weeks in a row on PlayStation 4® will compete against 118 budding stars as only 32 will qualify for the FIFA eWorld Cup, and just one will become FIFA eWorld Cup 2019 Champion at the end of the season.