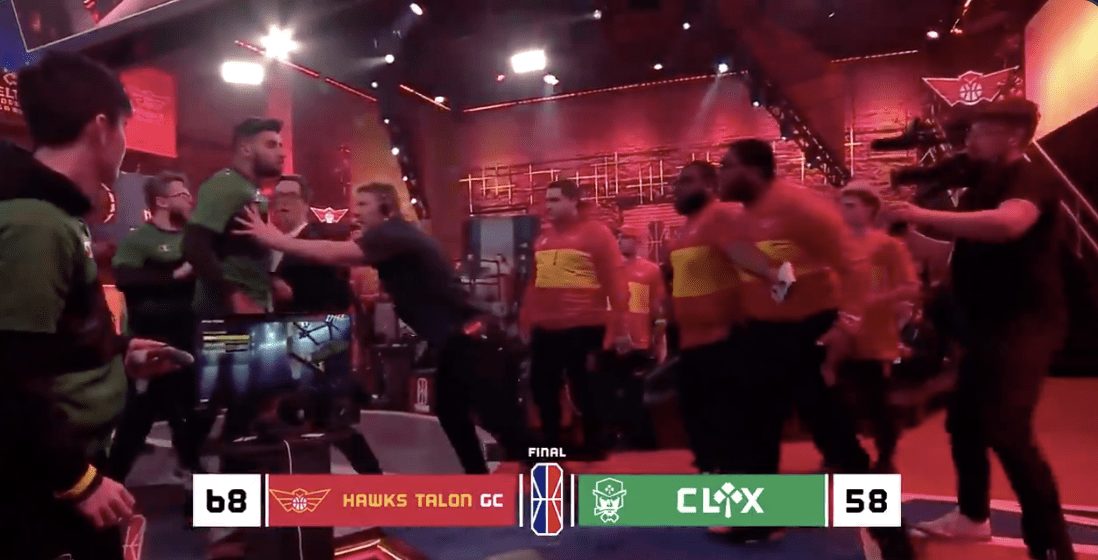 If you missed it, check out the clip below, along with the fines and suspensions that were handed out to a few players on the squads.

Celtics Crossover Gaming point guard Albano “oFab” Thomallari has been suspended one game and fined $500, and Hawks Talon GC forward Connor “Dat Boy Shotz” Rodrigues has been suspended one game, for their role in a postgame altercation, it was announced today by NBA 2K League Managing Director Brendan Donohue. Additionally, Celtics Crossover Gaming small forward Ahmed “Mel East” Kasana has been fined $500 for his involvement in the altercation.

“I am sorry for letting my teammates and supporters down. I got caught up in the moment trying to protect my teammates,” said Connor “Dat Boy Shotz” Rodriguez. “Moving forward, I will do my best to not let it happen again. I look forward to being back on the court for our second game next week vs. Kings Guard Gaming.”