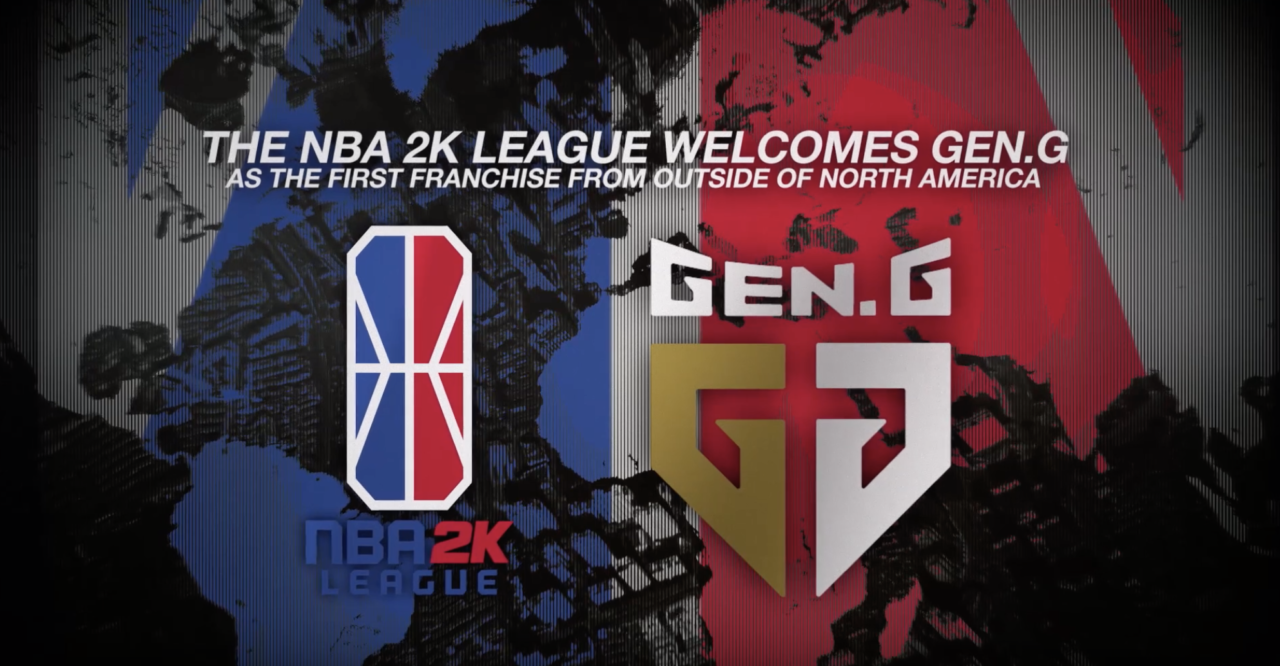 Gen.G’s team, which will train at Gen.G’s Los Angeles HQ during the 2020 season, will be the first NBA 2K League team outside of North America.

“This is a historic moment in the NBA 2K League’s journey to becoming a truly global league with fans, franchises and players from all over the world,” said NBA 2K League Managing Director Brendan Donohue.  “Gen.G is the ideal organization to launch our first team from outside of North America, and we look forward to working with Gen.G to reach new fans in Shanghai and identify elite talent across Asia.”

“We are honored to help lead the NBA 2K League’s expansion into Asia and proud to represent Shanghai on behalf of the hundreds of millions of Chinese fans who love basketball and video games,” said Chris Park, CEO of Gen.G.  “Gen.G’s unique core mission — to connect esports fans and athletes across the U.S. and Asia — is meant for ambitious ventures like this.  We have big plans to help grow the NBA 2K League in communities around the world that are passionate about basketball and video games.”

Today’s announcements are also important milestones for inclusion and professionalism in esports, values that the NBA 2K League and Gen.G have championed individually and will champion together through this strategic relationship.  In August, the NBA 2K League held its first-ever development camp for elite female NBA 2K players at the NBA 2K League Studio in New York City, and Gen.G announced its all-women Fortnite team – Gen.G Empowered by Bumble (Team Bumble) – as part of the organization’s ongoing commitment to driving women’s empowerment in gaming and esports.