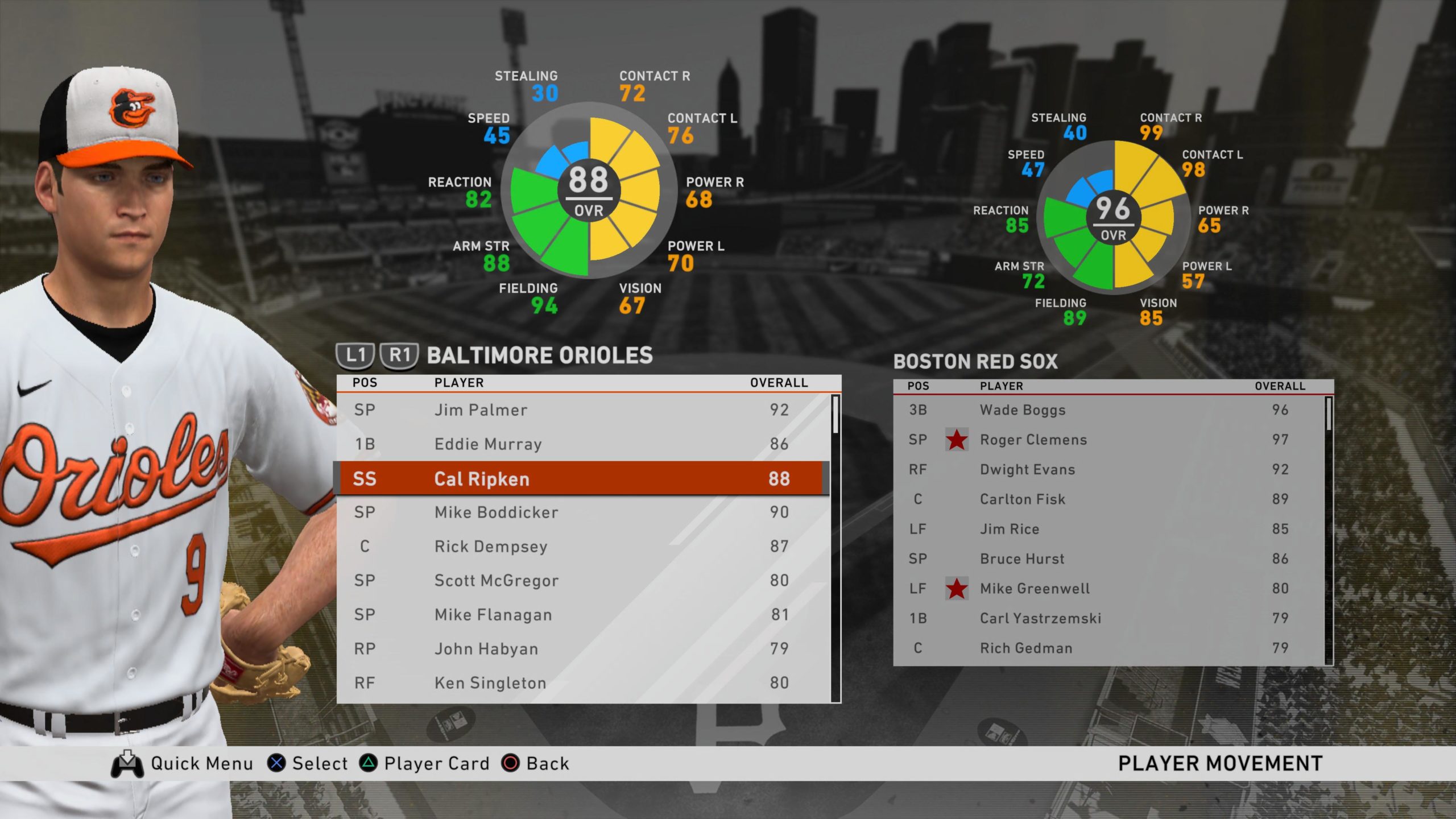 While franchise mode carryover saves will be going bye-bye for this first PS5 version of MLB The Show 21, the hope is the roster vault and such will live on and continue to carry on into the next-gen games. If the roster vault gets reset, then there are going to be folks who will stick with the PS4 version of The Show because the amount of community creations that are still uncovered here is insane. One roster that was brought to my attention a little over a month ago was the Strat-O-Matic ’80s roster from htskr21. 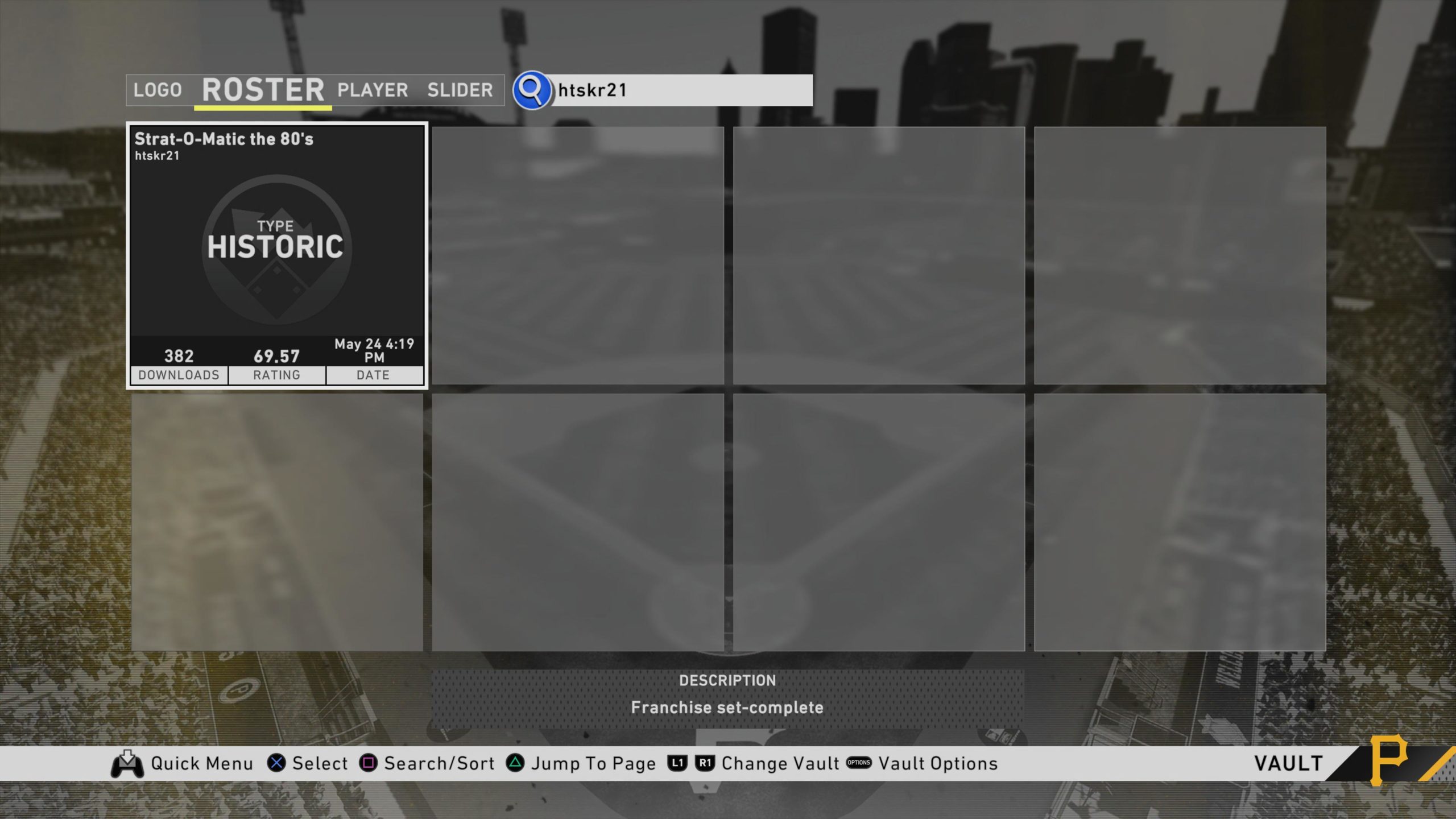 From here, I hand it off to JoshC1977, another longtime, invaluable member of the OS community. He considers this roster a hidden gem as it sort of slid under the radar due to all the great rosters that were made this year. The roster is good for both fantasy drafts or just picking your favorite team and going for it. 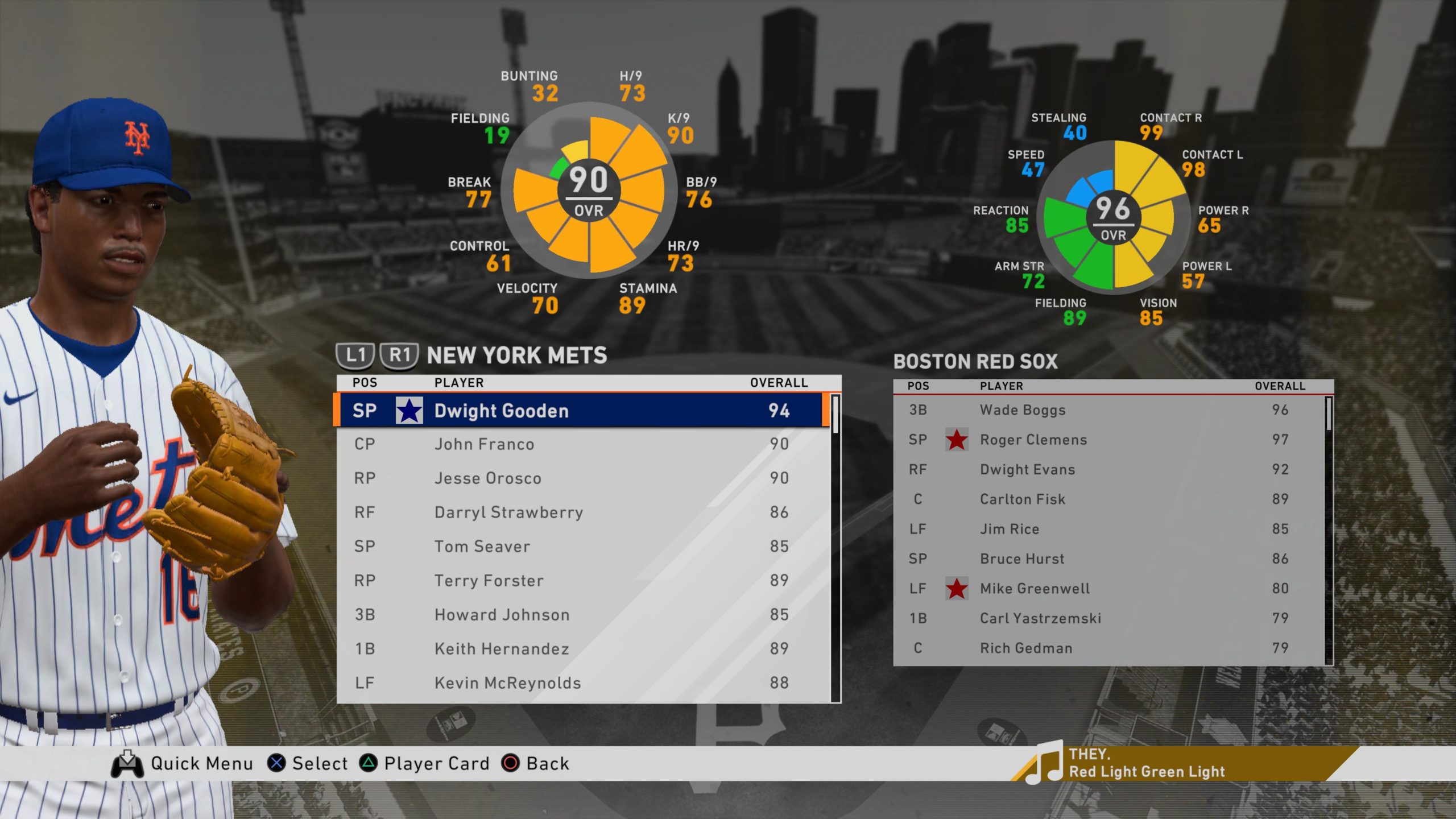 The roster is the Strat-O-Matic ’80s roster by htskr21.

This roster is a historical fictional league encompassing players of various ages throughout the 1980s. So you will see older vets from the ’70s (who played in the early ’80s) — like players from the Big Red Machine, to younger players who debuted later in the decade. Using my Reds as an example, you have Joe Morgan/Tony Perez/Pete Rose paired up with the Nasty Boys. It creates a fantastic vibe of “what ifs” throughout the league. Ratings are done in a manner that reflects the player at the selected age, so a 37-year-old Joe Morgan will be rated based on his age 37 season and not his prime era.

It is a full minors roster comprised of players/prospects throughout the 1980s. You will see a whole slew of incredibly marginal players that barely sniffed The Show complementing those well-known names. For those of us who grew up in this era, there are a lot of “I totally forgot about this guy” moments that add an incredible sense of nostalgia. We all remember Eric Davis, but how many of you remember Glenn Sutko?

Folks might say, “this sounds a lot like the Longballs and Legends V1 roster.” Conceptually, it is similar. However, the core of that roster was based around the 1987 season with a smattering of other guys. This Strat-O-Matic roster is an entirely new creation not built around one particular season but rather a crafted roster.

Here are some other positives of this roster set:

To me, the biggest draw of this roster is franchise stability. If you take a look at this roster, you’ll see tons of C and D potential players with a relatively small number of really high-end players. This is fantastic, and reminiscent of Bacon’s Fictional Roster, because it allows the franchise mode to properly cycle players through systems. We’ve all seen this before: You go into the next season and there are guys with OVRs in the high 80s left unsigned or 80 OVR prospects stuck in the minors because there is “no room for them” on the 40-man. Not with this roster.

Because of the realistic potentials, you see far fewer issues with prospect progression, high-end FAs left unsigned after an offseason, or many other issues that plague many other rosters. With the lower potentials across the board, players cycle through more realistically, giving the mode a depth and feel that is beautifully done. 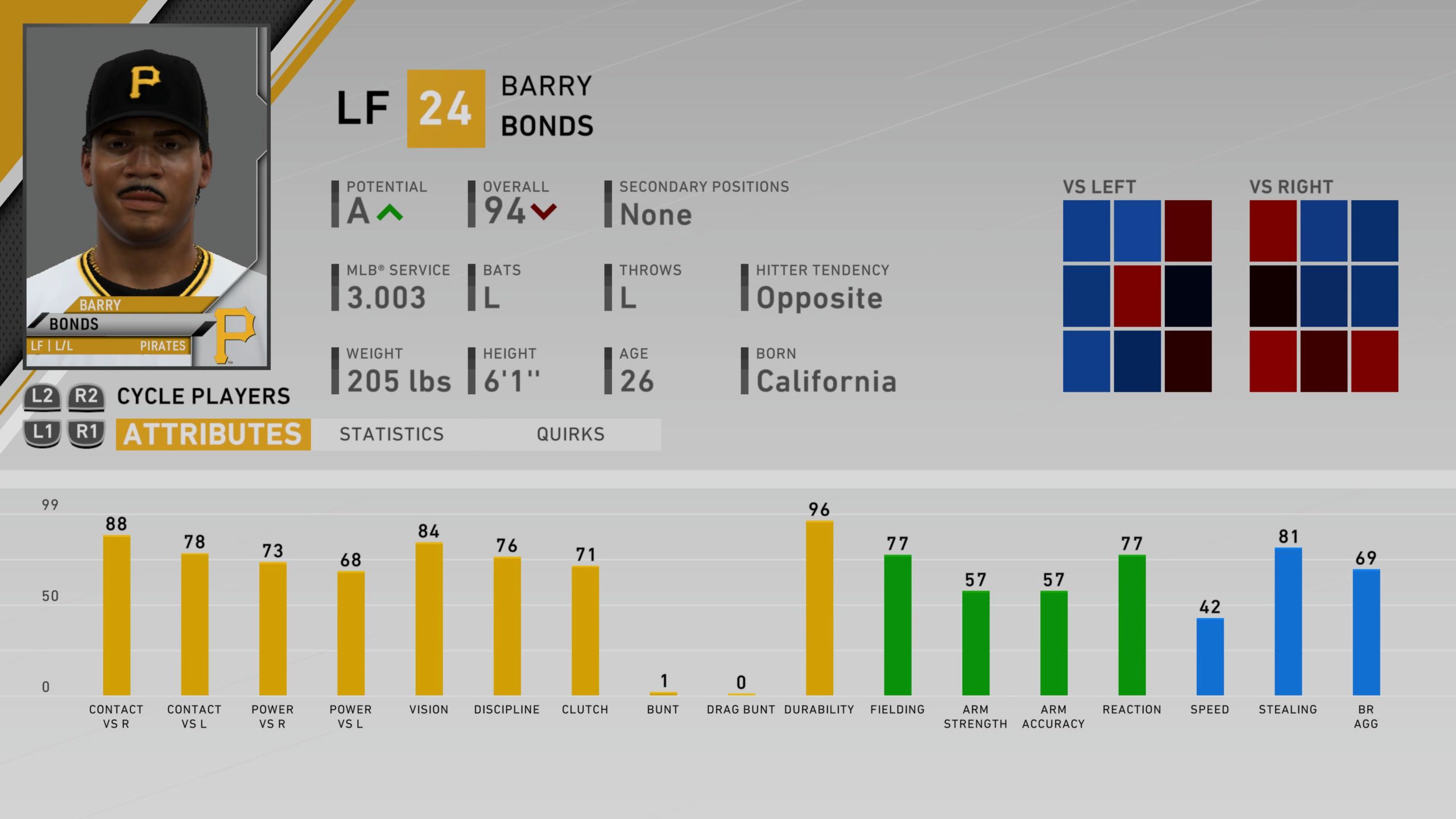 Another thing this roster does well is it gives you little surprises with where players are assigned. Some guys are assigned to teams where they made “their mark” and not necessarily the team they played for in the 1980s. Examples of this are Roberto Alomar in Toronto or Omar Vizquel in Cleveland — in real life they were with San Diego and Seattle, respectively. This aspect helps out with balancing and makes each team feel a bit more unique rather than just a re-hash of history.

It’s a roster that doesn’t feel like a league of Diamond Dynasty teams, but rather a real league with real systems. Player ratings are done beautifully, muted across the board, which allows every player to feel a bit flawed. It adds greatly to the realism of the sport — a sport where anything and everything can happen. Games have a definite 1980s vibe to them. In other words, an era where you had to balance “little ball” with mashing taters.

Because of how well the ratings are done, teams feel a lot like their real-life counterparts stylistically. The Cardinals will steal a lot of bases (as they did in the Herzog era), and Oakland feels like a powerhouse.

In short, this roster is a gem. If you want a roster comprised of just “big names,” then it may not be your cup of tea. However, if you’re looking for a more nuanced approach to a historical fictional roster that you can play in franchise for several seasons, it’s definitely worth checking out.

Again, thanks to JoshC for the great write-up, and all the appreciation in the world to htskr21 for the creation. If you want to comment on this roster or just stop by and say thanks, head on over to the thread on our forums. If you want to scope out other rosters from the OS faithful, Armor and Sword does a great job keeping a tally of all the rosters in this thread.