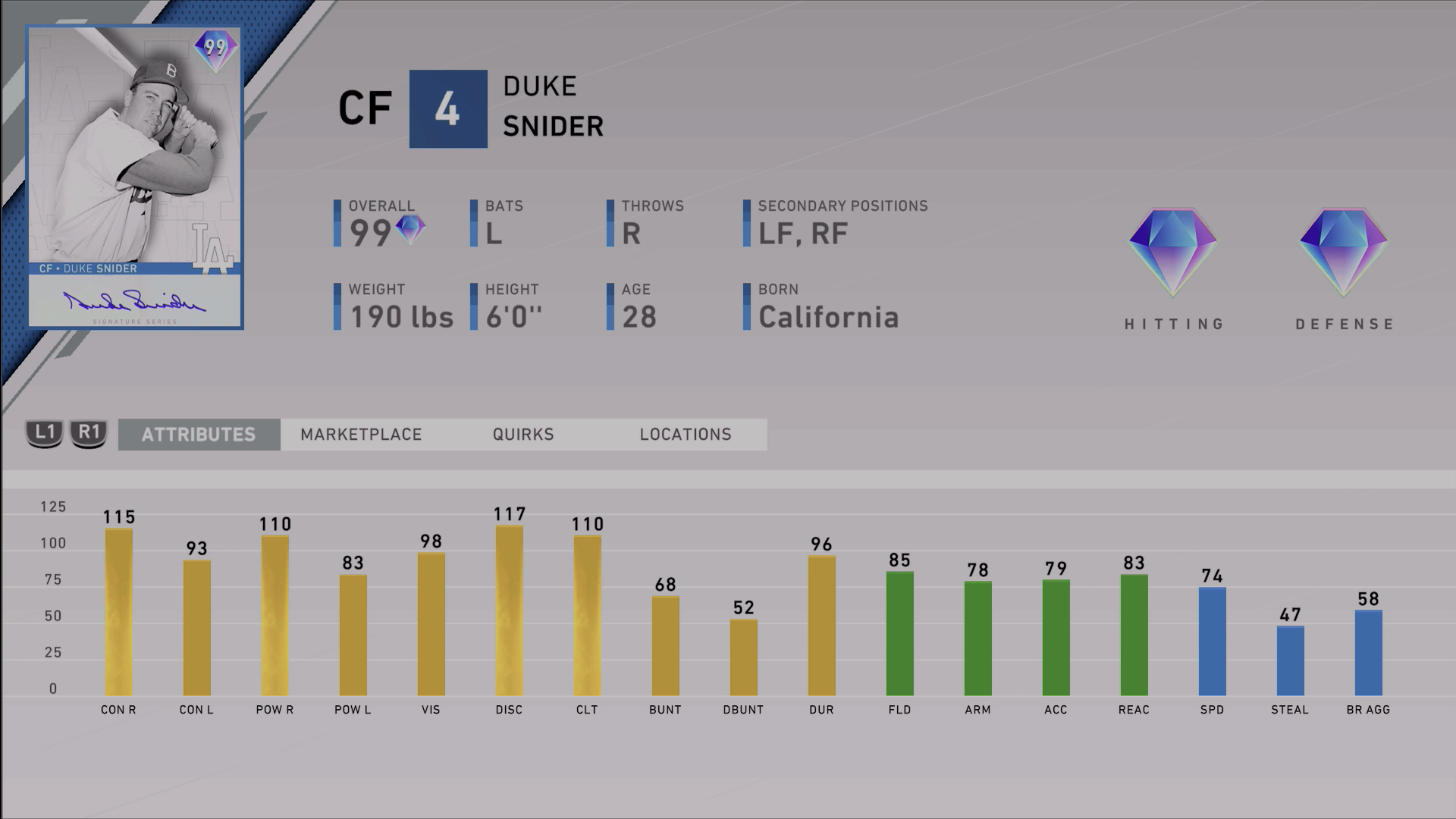 This is a swap of 1st Inning bosses as Todd Helton and Duke Snider were both in the original inning program this year. Does this mean Roy Oswalt will be next? We’ll see.

As for Snider, I liked all three 1st Inning players so much that I Prestige’d them all. I favored Helton over Snider, but Snider provided more pop than Helton in my experiences. In comparison to the Prestige Duke Snider, this card has slightly better numbers against right-handed pitching, but the real plus is the much better numbers against left-handed pitching. 93 contact vs. lefties and 83 power vs. lefties is not all-world stuff for a 99 overall, but it’s a massive upgrade from the other Snider. The fielding and speed numbers are about the same, so the other big improvements here are in discipline and clutch.

All in all, I don’t think I’ll be going for this card since I’m sort of Snider’d out at this point after already using him so much, but it’s a worthwhile upgrade if you liked him previously. As a center fielder with diamond fielding, he’s still not going to get to every ball you would like either, so that works against him a bit as well.

Here is a look at his full ratings:

Here is a look at some of his quirks: 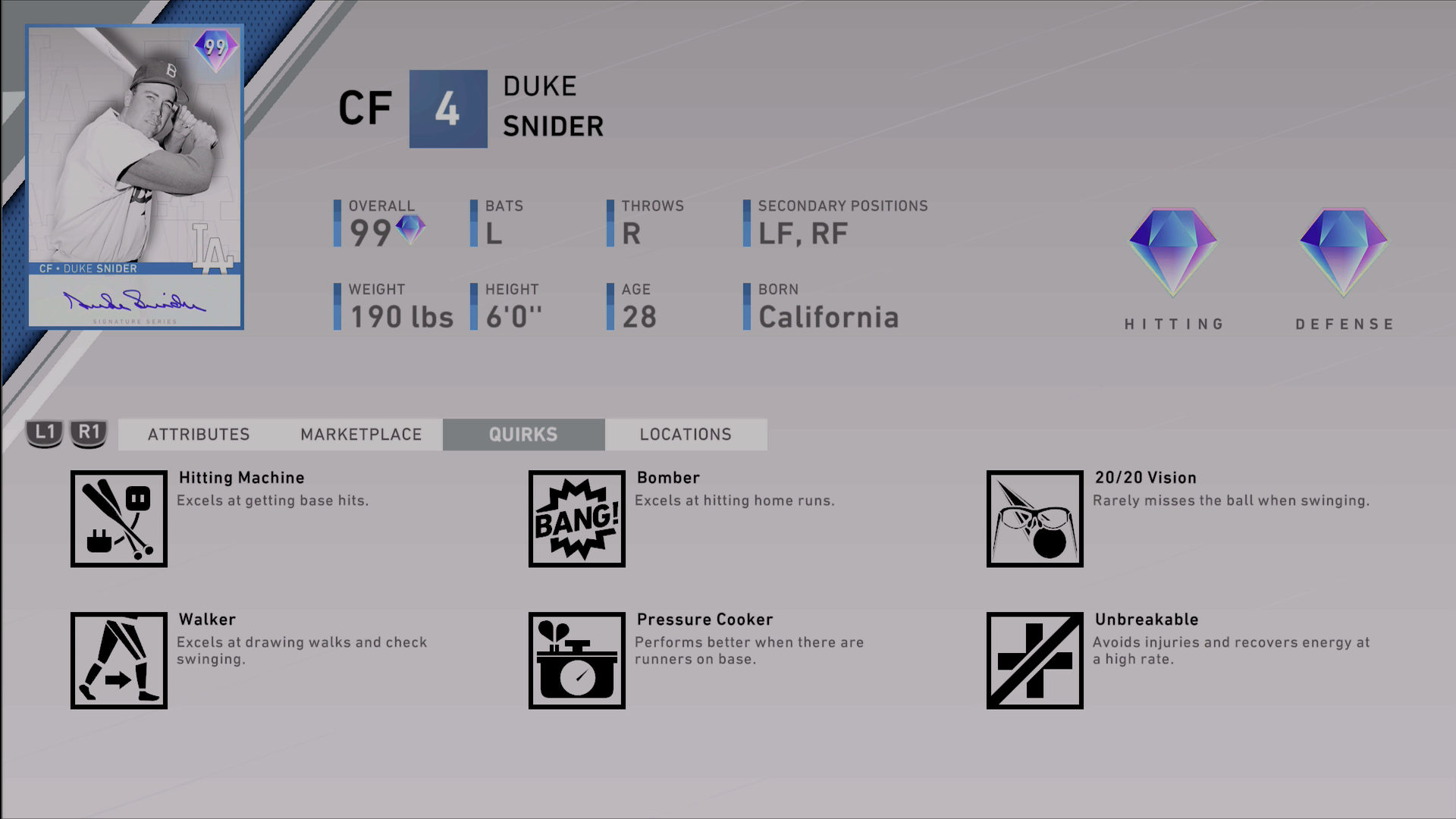 The odds on the Headliners packs remain the same as always, so good luck if you try getting him in packs as you’ll have a 1:10 chance at a diamond, albeit that diamond might not be Signature Series Duke Snider.