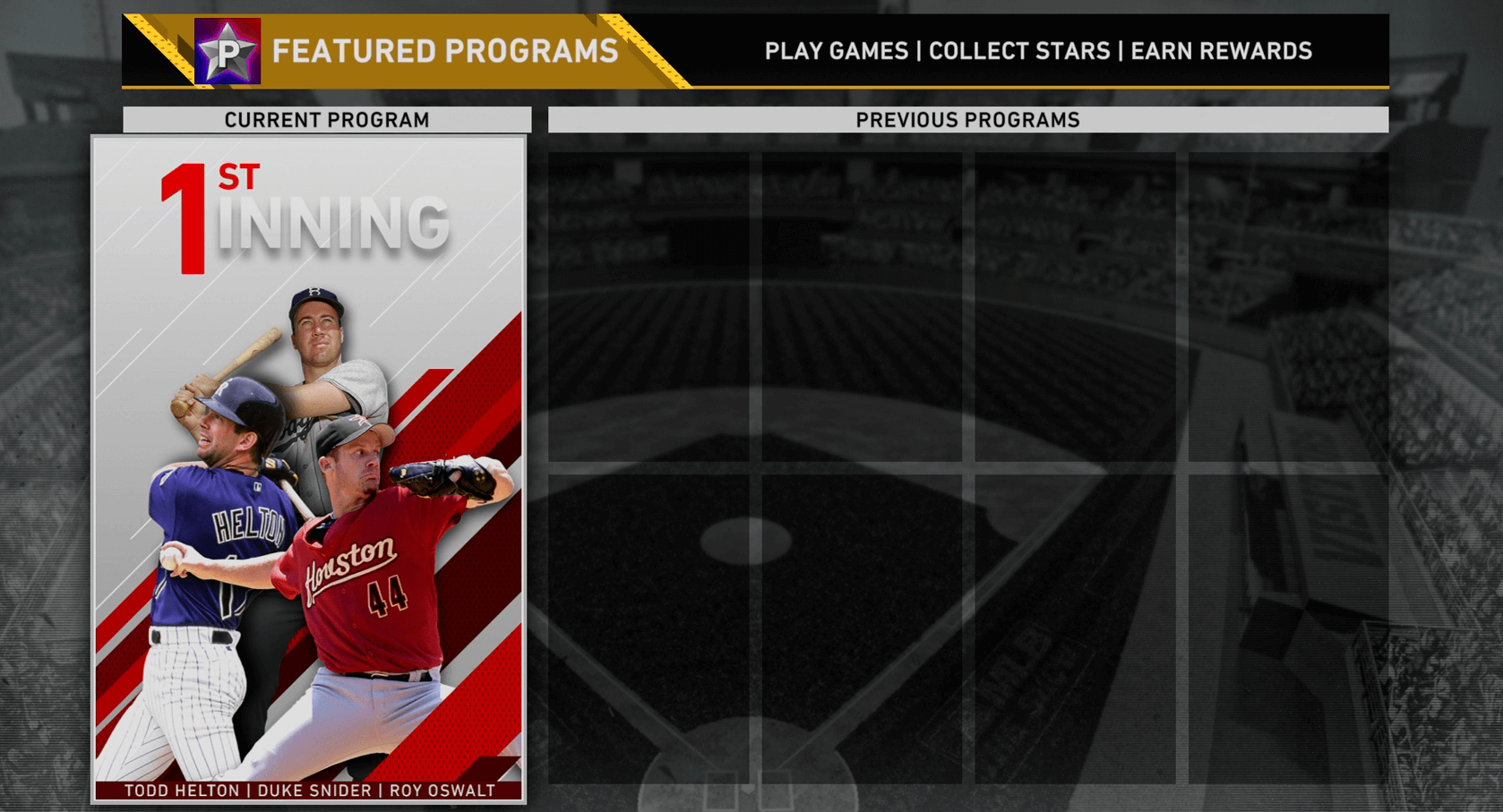 We’ve been playing MLB The Show 20 for close to a week now, but for those picking up the game tomorrow (or hopefully getting it delivered or downloaded digitally instead to be socially conscious!), we’re going to give you some heads up about the new content you’ll see when you head into Diamond Dynasty. This starts first and foremost with the Diamond Dynasty First Inning Program overview. This includes a look at the missions, Showdown challenge, Conquest map and various other items.

Since this is the first program, I’ll go into a little more depth than usual to highlight some of the changes to the programs this year. Let’s get to it!

Showdowns are a new single-player mode this year where you go through a very small Battle Royale-style draft to put together a skeleton squad, and then try to win challenges along the way to the final Showdown to acquire perks and better players. You also try to win these challenges to earn runs that make it so you need to score fewer runs in the final Showdown. These showdowns have entry fees (500 Stubs for this one) not unlike Battle Royale, which may scare you off at the start, but you should not be.

The First Inning Program Showdown ends with a matchup against Kenley Jansen on All-Star difficulty. You get a Gold series live player, 1,000 Stubs, 2,500 XP and 70 program stars if you beat it. It is the most prize-rich aspect of the 1st Inning Program. In order to break “even” on this Showdown (get your entry fee back), you need to beat the initial Showdown (all showdowns are in red) because it will net you 500 Stubs. More than likely, if you played the three other challenges before that and won them, you already had broken even. If you lose any of the showdowns, your run immediately ends and you must start over. This also means you pay the entry fee once again.

In total, there are 12 challenges and three showdowns here. You can always skip the other challenges (and other showdowns) to go right to the final matchup against Jansen. I would not recommend this because you miss out on Stubs, XP and improving your team, but it is an option. You can also do the Showdown over and over again after beating it. You do not get the program stars each time, but you get most of the other rewards each time you repeatedly beat it.

If you care about completing the 1st Inning Program, start here. Also, try not to get frustrated if you lose a Showdown. I know it might stink to win 10 challenges and then lose the final Showdown, but you are being rewarded more game to game in this mode than you would be in other modes even if you lose at that point. 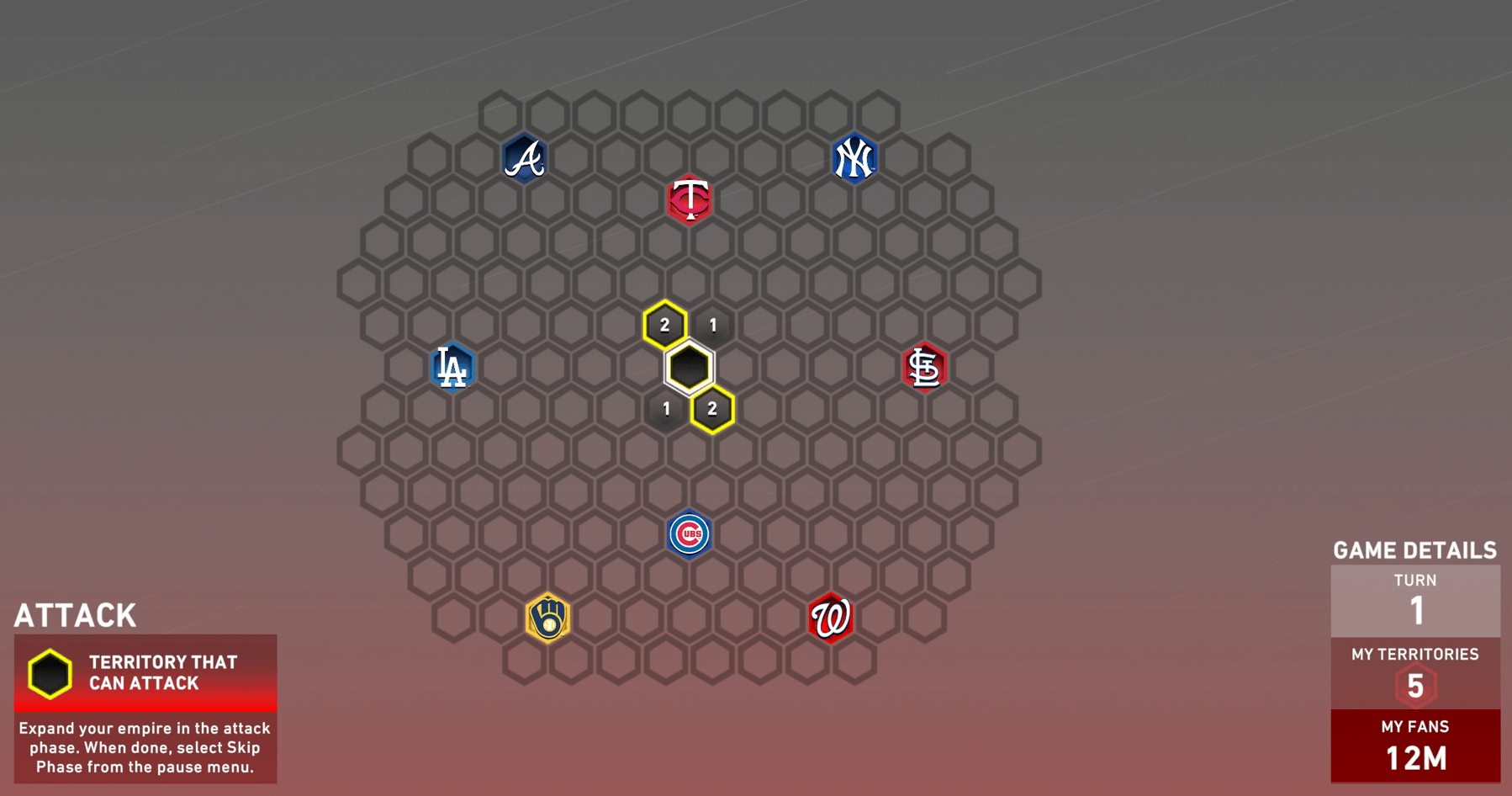 The Conquest system is unchanged. For those who are new, the concept is simple. You use your “fans” to acquire territory on the map before facing off against other strongholds to take them over. You should never play any games except the ones against the strongholds. However, to complete all the goals for this map, one of the sub-goals is “steal 3M fans.” This means you’ll need to play and win at least one other game on All-Star while in the “Steal” phase of the mode.

The best advice I can give about Conquest is always just try to make your borders as far-reaching as possible at the start. Do not worry about filling in every square on the map. Instead, try to create a vast border by bumping up against all the other teams to lock them off from expanding, and then fill in the empty space within your borders when you get more reinforcements.

You get 30 program stars for completing the First Inning Conquest map, but again, remember you have to do all the sub-challenges as well to get those stars. You’ll naturally get all of them except for the “steal fans” one.

We’ll get more missions for this program as time goes on, but for now each of the three will give you 15 program stars each. Winning games in Ranked Seasons will be your most efficient way to knock out all three of the missions as of now. 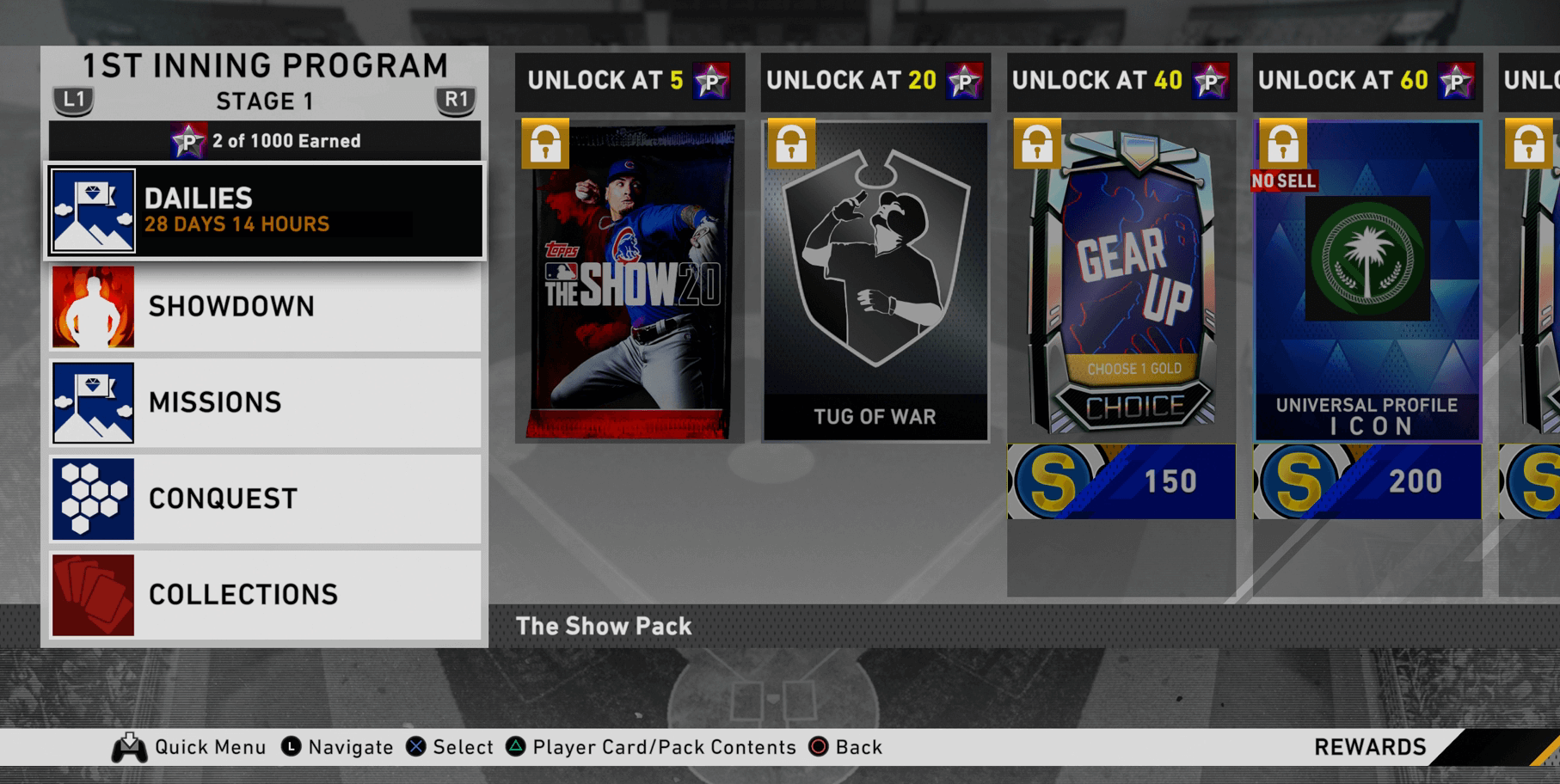 Collections are cost-prohibitive and I generally say don’t worry about them. The same thing remains true this year. Your dailies are things you don’t need to go out of your way to complete, but they do eventually add up if you’re diligent about knocking them out every 24 hours. 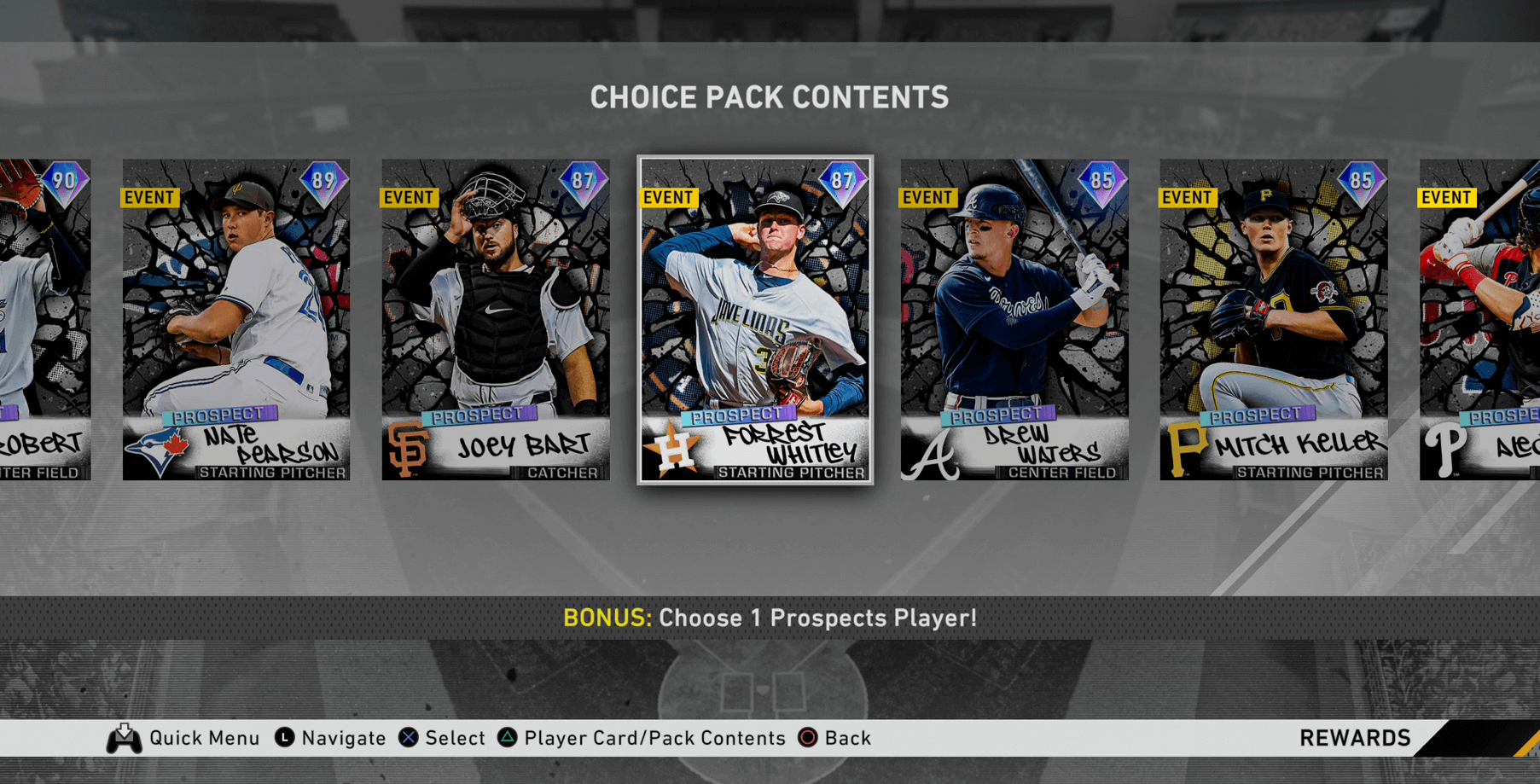 As for the rewards, the programs have more life to them this year, so they more act like how the programs did by the end of last year where you are going for the one “main” reward (the bosses) but can get a lot of extras if you keep going after completing that aspect. I’ll go through and just highlight the big ones.

At this point, you can stop (it’s normal if you can’t reach 300 stars quite yet though) but there are now plenty of bonus rewards.

One new option here is something called Prestige. Basically when you unlock one of those 300-star bosses, you will have the ability to “prestige” with it to get better ratings on the card (basically a +3 in every stat category). This involves doing certain challenges, and it will also mean locking in the card so you can never sell it. Just be aware of this when you decide who to choose and whether or not you want to go the extra step.