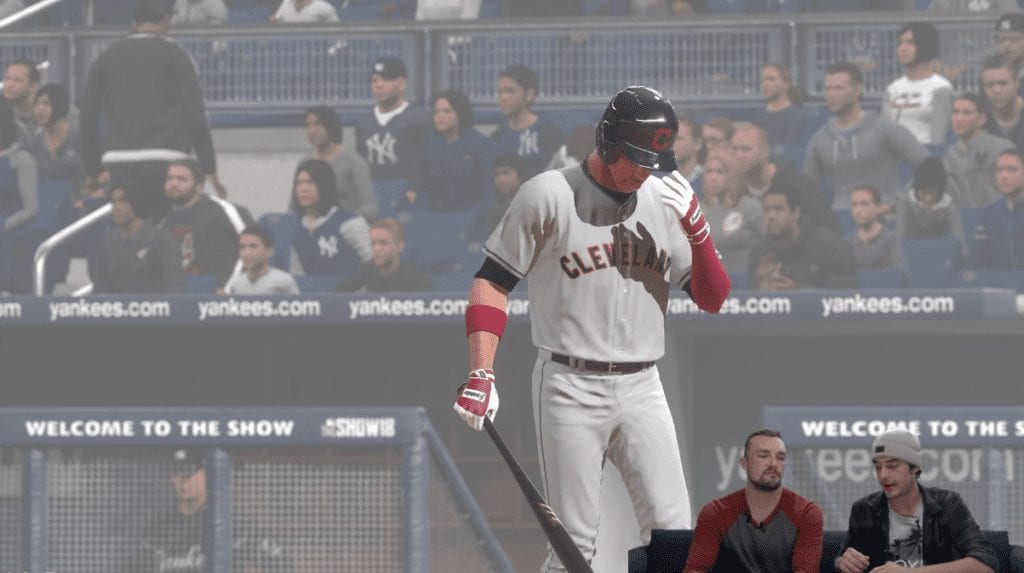 One’s relationship with the MLB The Show series is akin to one of a long-lived family pet. It has its mostly up years and its exceptionally rare down years, but throughout the thick and the thin of the calendar, it is always there for you. The Show does not pass judgement or chastise you for your decisions (unless you leave GM Goals on). It simply exists to provide unbridled joy and a constant relief from everyday existence. It even provides a solace wherein its player may brutally pelt an odious rival superstar with painful spheres of cork and rubber, though, conceptually, this opportunity eludes even the most well trained domesticated animals.

MLB The Show 18 has yet to really announce a truly flashy transformative new feature, save for the inclusion of the Montreal Expos as throwback jerseys for the Washington Nationals. However, the under-the-hood improvements almost make it look like a completely different franchise from its 2017 iteration.

An old adage wisely quipped that one cannot “teach an old dog new tricks,” but the 2018 Ramone Russell revision certainly cements that one can provide the aforementioned elder canine with a completely revamped hitting system. With that, join me on a navigation of the most exciting features of MLB The Show 18.

Watch any gameplay video of MLB The Show 17 and pay specific attention to the hitting animations. Some look great while others, not so much. Now, do the same for MLB The Show 18. The difference is astounding. This year’s animations look incredible, and it truly looks like the ball is jumping off of the bat the way it should. It looks to reprieve the in-game performance as well. Perfectly timed fastballs crushed with elite power hitters were reduced to mere choppers or weak pop-ups in 2017 far too often. The new presentation cameras tease additional unpredictability and excitement, but Sony San Diego looks to be in line for considerable praise for how good hitting looks this year.

It seems very, very small and simple, but oh my word. I wish I could count the amount of base stealers that I had pegged with spot-on throws from catchers with elite arms that somehow eluded a tag that should have been a guaranteed out. Or when I played the hop on a single just right and launched an on-time absolute laser from Josh Reddick that had a runner beat by easily more than a step, only to find the catcher foolishly spin around and miss the tag. As with the improved catcher defense, the tagging system might be almost unnoticeable to newcomers, but to long-term fans, it has far too frequently been the accountable difference between a certain win and a crushing defeat.

This is such a slick idea that it eludes me as to why it has yet to be implemented everywhere. For those unaware, Legend cards will have attributes that exceed the traditional 0-100 scale, such as 116 Power for Frank Thomas. There’s not much more to say here outside of how curious we are to see the impact in-game, especially Hardware Jeff Bagwell from his 1994 MVP season, though I anticipate that once again I will be priced out of acquiring him to the paltry tune of 300,000 Stubs.

My experience with Diamond Dynasty was not unlike the action film genre’s trope of a mobster, bank-robber, et. al returning from what appears to be a comfortable retirement to their ill-advised previous line of work under the foolish guise of “one more job.” However, my pratfalls came from my aggressive swinging in early counts and innate inability to hit Pat Neshek more so than any sort of lawmaking intervention. I swore I would never take part in a card collecting mode, and one Conquest victory later I was frantically refreshing The Show Nation on my iPhone at all times of the day. But one of the key drivers that eventually led to the cooling of the water between Diamond Dynasty and myself was how easily other players could plug random Legends quite literally anywhere on the field (save perhaps catcher) and see negligible if any defensive detractions. The kindred souls at Sony San Diego heard our cries as Ramone Russell quite literally derailed a conversation about the game’s presentation upgrade to illustrate how Ted Williams cannot competently man first base in MLB The Show 18 without dropping an overwhelming amount of routine throws.

MLB The Show 18 sure is shaping up to be the tall glass of water after the hot summer’s day of mowing the lawn. And that’s without Youppi or Olympic Stadium joining the Expos…yet.