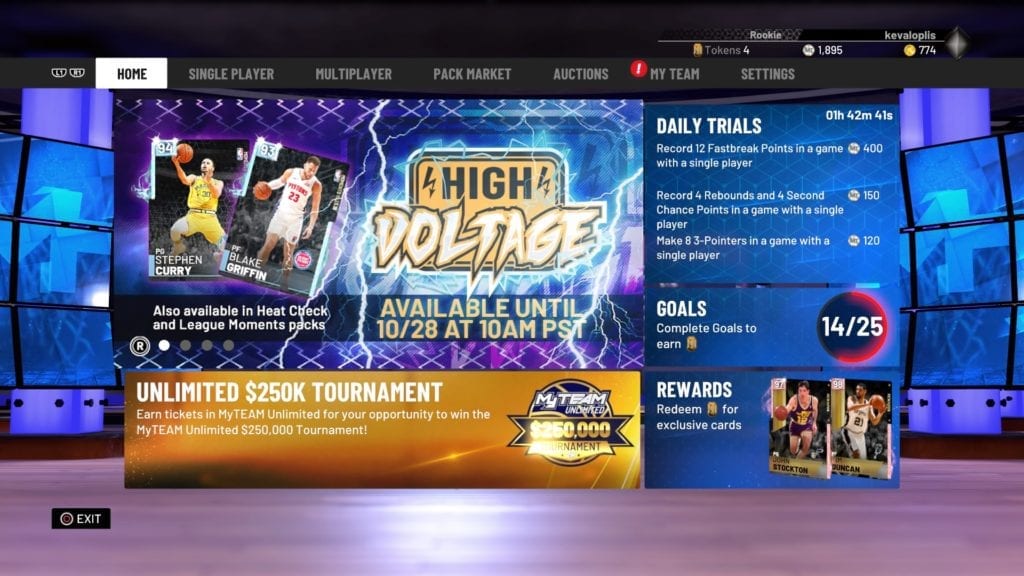 There may be no mode that’s currently more ubiquitous when it comes to modern sports video games than those that involve building a team through collecting cards of both current and former players. I’m talking about your MUT’s, your HUT’s, your FUT’s, your MyTeam’s and your Diamond Dynasty’s. But just as they all by nature share some things in common with each other, they also each come with their own separate nuances that set themselves apart. So what does the ideal card-collecting mode look like in 2018? With so many conceivable ways to organize and present this kind of mode to people and with enough time by now to acquaint ourselves with how these modes generally function, let’s have a look at what sorts of features should become absolutely essential for these modes going forward. Perhaps in doing so, we can help create a template for the perfect card-collecting mode of the future.

One smart decision EA made with Madden 19 was to do away with having to deal with contracts for your players in Madden Ultimate Team. This made it all the more head-scratching when NHL 19 was released a couple of months later and Hockey Ultimate Team still had contracts. Contracts may be a good way for companies to fill packs or get people to spend in-game currency on something, but I can all but guarantee that something no one has ever said while playing these modes is,” Damn, I just can’t get enough of giving these players contracts! More please!”

If companies want to have people coming back every day to play their card-collecting modes, one of the easiest ways to ensure that is to actually give them something tangible to do every day. While most games have learned that by now, with NHL being the latest to step up and provide daily objectives and rewards, NBA 2K and MLB The Show only offer very specific and limited goals that don’t really inspire you to log back on every day. Just keep it simple as far as daily challenges go, with tasks that can be accomplished in a maximum of an hour; win a couple games and complete a set for a modest reward, then call it a day. Just please don’t ask me to purchase a pack or complete an online game (looking at you, EA).

Some people don’t like playing online and they shouldn’t be treated like second-class gamers simply because they aren’t interested in pitting their skills against other users. By this point, you’d think that we’d have enough for players to do outside of head-to-head matches and while some games (like NBA 2K, which has an overwhelming amount of options for off-line players) have started to better accommodate those who would rather play against the CPU, there’s still a lack of variety and creativity in other games like NHL and The Show, where even something as simple as an offline season would go a long way.

One of the greatest pleasures of playing MLB The Show’s Diamond Dynasty mode every year is going against others online and seeing what kind of creativity (or lack thereof) they have put into their team’s logo and uniforms. Because so many people that you encounter often have such similar line-ups, this is usually the best way for someone to stand out from the rest of the pack and leave an impression. I have personally seen some incredibly detailed and impressive work from creators in the past and, to be fair, I’ve also seen some horrifically offensive stuff too. Madden and NHL need to progress from having you only select from pre-existing logos and allow people to start coming up with their own.

There’s no reason at this point for any of these modes to not have the capability to track your players’ stats and provide a thorough breakdown of who has performed the best for you over time. Now, it’s true that some sports games’s card-collecting modes are doing this better than others, with MLB The Show and NBA 2K leading the way in giving you an array of statistics to cycle through, but others are lagging way behind. I’m at a loss as to why Madden isn’t able to track any of my players’ stats at all and tell me such basic things as who has scored the most TD’s for my team or which of my QB’s has the best passer rating. And if you really want to impress me, sports games, please start separating online and offline stats for our players. 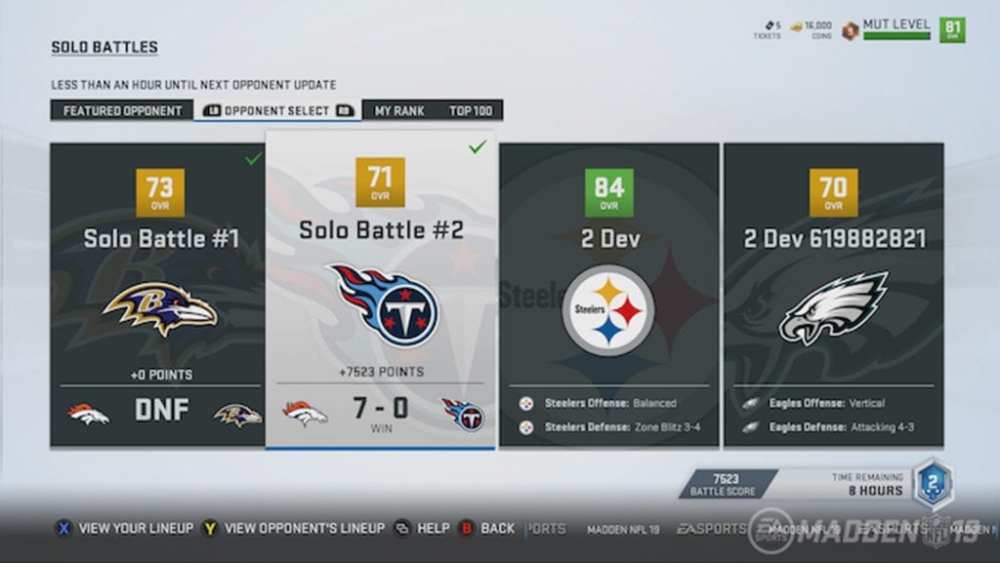 I have been playing Diamond Dynasty within The Show fairly regularly for the past couple of years now and I still have yet to find a diamond in a pack. Now to be fair, I very rarely purchase packs but have opened quite a few in the game, mostly from earning them as rewards. So if I’ve never received a great pull from these packs, why would I then be expected to waste my stubs on packs when I know the odds must be incredibly stacked against me based on my previous history? If we actually have some real chance of getting some good return on our investment (as I do occasionally in Madden, where odds of receiving elite cards are now thankfully displayed- something all sports games should seriously consider doing as well), we’ll be more likely to actually want to buy them.

While all sports games tend to have some kind of regular events that offer rewards based on your performance, (think the Weekend League with Madden and FIFA, Competitive Seasons in NHL or the chance to win $250,000 in NBA 2K’s My Team Unlimited) I’d like to see more games follow the lead of MLB The Show by having short-term events (maybe a week or two) that not only offer prime rewards for being among the elite but also something worthwhile for simply achieving a certain number of wins, regardless of how many games you need to play to do this. It seems that far too often sports games see fit to reward the best of the best without giving enough compensation to the average players who are prepared to put in the time and effort to reach an achievement, so long as the eventual prize will be worth it for them. Don’t only reward people for playing well; also reward people for playing often.

Sorry Allen Iverson, but if you’re going to have me build a team, sports games, you should at least be prepared to let me practice with them. Sometimes you might want to work on plays, experiment with team chemistry or even just mess around a little bit with your squad but most of these card-collecting modes don’t even provide you with this small opportunity to get to know your team a little better. This is something that doesn’t even seem that hard considering how most of these games are already equipped with a practice mode that’s accessible from the main menu for default rosters. Just port that over to the card-collecting modes and it will make a lot of people happy (and probably in time, a little better at the game to boot).

It’s 2018 and high time that sports games came to terms with the fact that the fun doesn’t need to stop when you turn off the system. With no shortage of things to do in card-collecting modes that don’t actually involve playing games, it’s becoming more and more of a necessity to have some sort of companion app that you can use to manage these teams even when you’re not in front of your console. From working the marketplace to tinkering with line-ups, there are plenty of services and options that could and should be available in app form to keep us even more engaged and involved with our teams.

One need only glance at any of the various forums or communities set up for these sports games to see that none of them are perfect when it comes to online play. Each game has its own set of issues holding it back from being an altogether enjoyable experience, with the common thread being exploits that can be too reliably used by players to give them a leg up over the competition. For instance, Madden still has “money” plays that are too difficult to defend without making all sorts of adjustments at the line, NBA 2K has overpowered shooters who can consistently sink 3’s from well beyond the arc with a hand in their face, MLB The Show has emphasized power over contact from its hitters and NHL is trying to find a balanced tuner that prevents people from relying too much on their AI. It’s imperative that these games find some way to better resemble the sports they are trying to simulate by rewarding people who play the games the right way and punishing those who continue to lean on exploiting the game’s flaws for their own benefit.