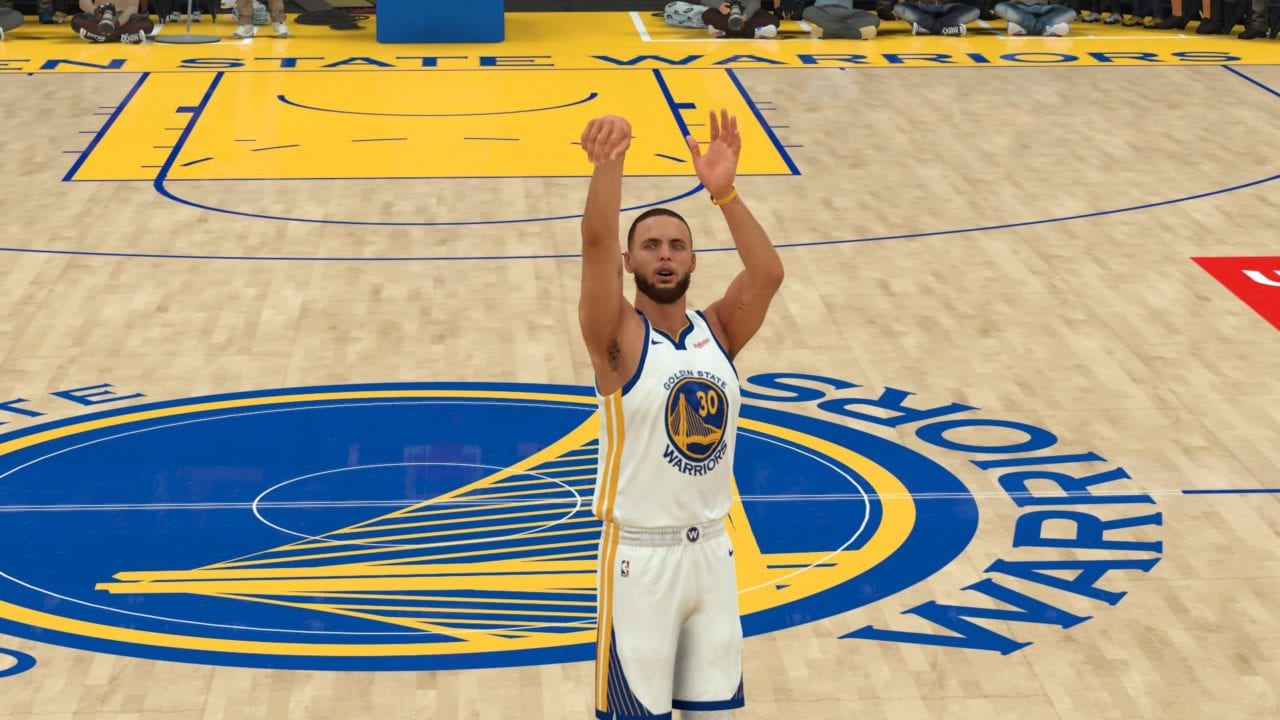 Given that I’ve spent the past few months missing in action here at Operation Sports, it’s difficult to ignore the humor in my return topic: How to keep in touch with sports gaming as a new parent. Writing a primer on how to follow through with things while my previous piece was punctuated by a promised follow-up article that remains unfinished? That’s rich. But it does beg the question: Why did I never finish that follow-up article about slider in NBA 2K MyLeague?

Because fatherhood. That’s why.

Oh, I had every intention of finishing the concept that I had toyed around with for months. Hell, the first part even came after the birth of my son. This perhaps gave way to some undeserved sense of accomplishment — “okay, I can handle this,” I thought to myself, massaging a resistance that lived within me to hang on to as much of my pre-fatherhood life as I could. I even purchased a new sports game the week after my son was born!

Fast forward a few months, and here we are. My original article sits unaccompanied (at this point, I’m going to start over with NBA 2K20) and the game that was purchased the week after my son was born (MLB The Show 18 — yes, ’18 not ’19 — if you’re curious) has been collecting dust ever since I returned to work later that same week.

So what have I learned? A lot, actually.

You Will Have No Choice But To Play Fewer Video Games

This first point sounds obvious, but it cannot be overemphasized: your screen time will dramatically decrease. As it turns out, babies require a lot of attention. Who knew? This will mean a lot of different things in the long run, but one thing to remember is that less overall time with video games also means you’ll have to be more choosey on not just what game you play, but also which specific game modes you play within a given game. Before my son was born, I played a lot of WWE and NBA 2K. Since becoming a parent, I’ve focused all my sports gaming on my favorite sports game: NBA 2K.

Which means that WWE 2K and MLB The Show had to go bye-bye — for now. In fact, this isn’t a goodbye, it’s more of a see you later. I saw what was in front of me and realized I had no other choice to make. The only thing left was to decide which games were most important to me right now and, for me, that choice was easy. It may not be for you, but it’s one you should be prepared to make, because…

After cutting down my list, from the sports world I was left with just NBA 2K. I haven’t even bothered messing with MyPlayer lately. As a new parent, I simply don’t have the required grind time available to get my rating up to a level where I’d feel comfortable competing.

See, another thing you learn quickly is to value your kid-free time. The problem is, at least early on in the process, you don’t get a lot of sustained alone time. What you do get is sporadic and limited in scope. What this means is less time for eight-hour marathon sessions, to be replaced by multiple quick one-or-two-hour sessions.

Those quick sessions are enough to play a game or two. Or maybe start a franchise and sim a few seasons. Those are things I can play and complete and feel like I’m having a lot of fun. But if my spare time morphed into a laser-focus on MyPlayer grinding, then game time quickly becomes stress time for two reasons:

I made the tough call to say goodbye to MyPlayer. I do miss it, but what I don’t miss is the never-ending feeling of always being behind, which has led to me having more fun while playing.

Remember This Is Supposed To Be Fun Not Frustrating

Perhaps the biggest lesson I’ve learned over the past few months with respect to video games in general is to keep it stress free. This isn’t an issue for casual video game fans, but for hardcore gamers who are borderline obsessed, gaming can be stressful at times. It could be online cheesing, glitchy single-player gameplay, or a grind-focused career mode where you always feel 100 steps behind the next guy. Whatever the case, sometimes, the negative can feel heavier than the positive.

As a parent, it’s best to avoid that altogether. You’re already tired and stressed enough from everyday life. Video games should serve as an escape — a way to relax and have some fun. If you get to that all-too-familiar rage point where you have the urge to throw the controller against the wall, don’t. Shut down the game and give something else a try. If you allow yourself to get too worked up, you aren’t having fun anymore, and you might eventually reach the point where you’re so frustrated that you no longer want to play.

And that’s not what this is about. This is about how to have fun gaming as a parent, so focus on having fun!

Being a parent is the greatest thing in the world, but it can sometimes feel like the most stressful, overwhelming job you’ll ever have. You’ll need video games to keep your sanity. After eight-plus hours at the office and four hours of a screaming child, sometimes you just want to shoot a virtual ball through a virtual hoop. And that’s fine! Depending on how your home setup is, if you’re fortunate enough to know in advance when you’re going to have some personal time, make sure to leave some time for gaming. Maybe it’s just a quick 30 minutes as you have to pay some bills online and want to read a book as well. Or maybe it’s a full two hours as you really just want to zone out and decompress. Whatever it is, make time for it. You deserve it.

Involve Your Kid At An Early Age

Not just in the video game, but the actual sport itself. After my son was born in August, I was fortunate enough to be able to spend a little more than a week at home with him before going back to work. Unfortunately, there are no NBA games in August. But lucky for us, NBA TV was in the middle of a Classic Games series where they picked one featured team each day, and on that day, they would show nothing but classic games involving that day’s team. This was especially clutch during the up-all-night feeding and crying sessions. Having some basketball on as background noise kept me focused, but it also introduced my son to basketball from the jump.

He’s barely nine months old, so I know he doesn’t actually understand the game just yet. It’s probably more about the sounds and moving colors, but he does perk up when it’s on the television. This has translated to virtual basketball as well. It’s something with which he’s familiar, which allows me some extra non-fussy time for me to get a few extra minutes of play time.

And if you’re really trying to sweeten the deal, let him have his own controller. Whether it’s a current one you use with a drained battery, or an old broken controller you’ve yet to throw away, hand it over and let him go to town. He can entertain himself while also slowly familiarizing himself with the video game world.

What about all of you video game parents out there? How did you balance gaming with your responsibilities as a new parent? Let us know in the comments below.