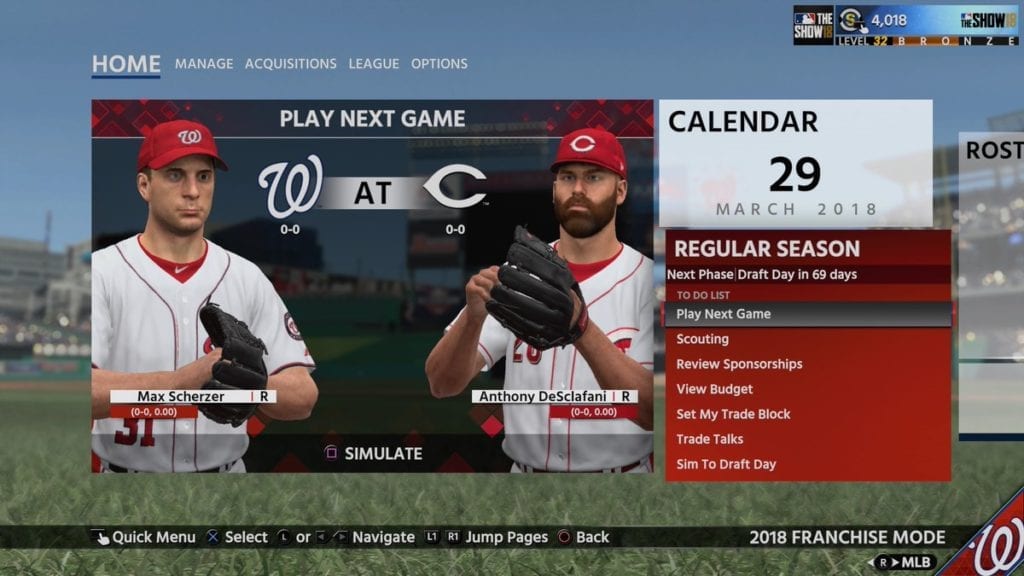 It’s easy to be negative. There is always an inherent aspect of games that does not hit the spot for gamers. Whether it be a core mechanic or something as simple as art design, there’s never been a perfect game and there never will be. While we always try to stay positive here at Operation Sports, it’s important for us to point out things that need to be improved upon in sports games and shed light on some of the issues in our favorite sports titles. As the calendar shifts to 2019, here are some of the worst trends in sports games from 2018.

What’s In A Pack?

There isn’t a major sports game on the market today that doesn’t feature some sort of card collection mode. From Madden Ultimate Team to Diamond Dynasty and beyond, a lot of time and resources go into updating content and cards for these games. It makes sense on a financial level as well. According to EA CFO Blake Jorgensen, Ultimate Team generated over $800 million dollars in revenue in 2017.

While no one can blame these companies for chasing those sorts of margins, the real issue is that no one seems to know what they’re getting in card packs. Time and again we see nebulous descriptions of getting a gold or better here, or four player cards and two items there. While there may be more clear descriptions of packs going forward due to the Battlefront 2 fiasco, it has yet to be fully apparent in sports games. Either way, it’s obvious some changes need to be made. 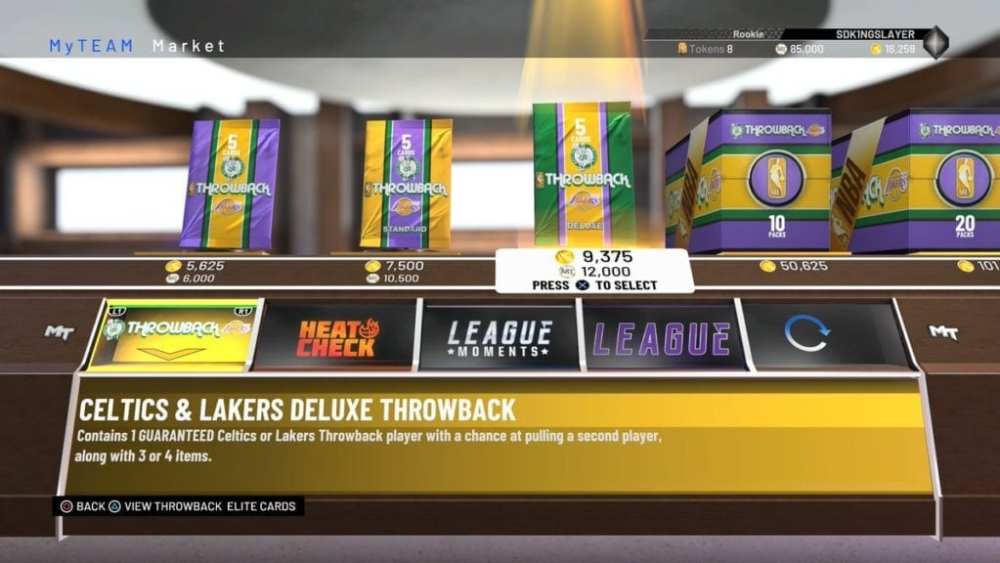 Just A Fresh Coat Of Paint

Updated user interfaces and visuals in franchise modes seemed to be a genre-wide trend in 2018, yet that seemed to be the extent to which these modes were touched. At first, it felt like a seemingly huge deal to have more accessibility and visual flair to things like MLB The Show 18’s franchise mode, but those feelings quickly faded. What we were left with was a franchise mode that, under the surface, was nearly untouched.

The same was true for Madden NFL 19 with the new addition of graphics for the draft and the halftime show. Initially a cool addition, they didn’t really change the fundamental gameplay of the franchise mode and the issues that still plagued it. The lack of meaningful improvement to franchise mode has become somewhat the norm in recent years and 2018 was no different. 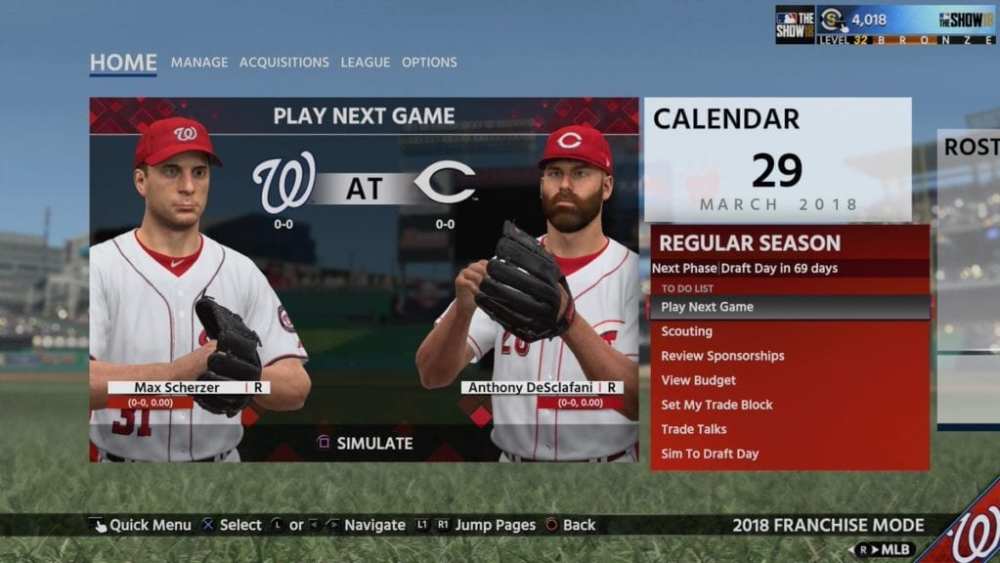 This seems to stem, in part, from the aforementioned card collection modes. They provide a significant source of revenue and so it seems the companies are focusing their resources there rather than on franchise mode, where no further revenue beyond the initial purchase is made. There has to be room for both in the future. Companies like EA and 2K are making money hand over fist right now, but there will eventually be fallout if the core audience continually feels ignored.

Is This Thing On?

We all have expectations when it comes to sports games. Up to date rosters, accurate stadiums and uniforms, and often a new gameplay feature or two. These are all good things that get fans of those games excited for the latest iteration. Unfortunately, 2018 has proven to perpetuate a more negative expectation that has become commonplace among fans of sports games: server issues.

For years, sports games have come out with barely functioning and often completely broken online play. While this isn’t only limited to sports games (games like Call of Duty and Destiny often have shaky online play at launch) the real problem comes in how long it takes to fix these issues for a smooth online experience. 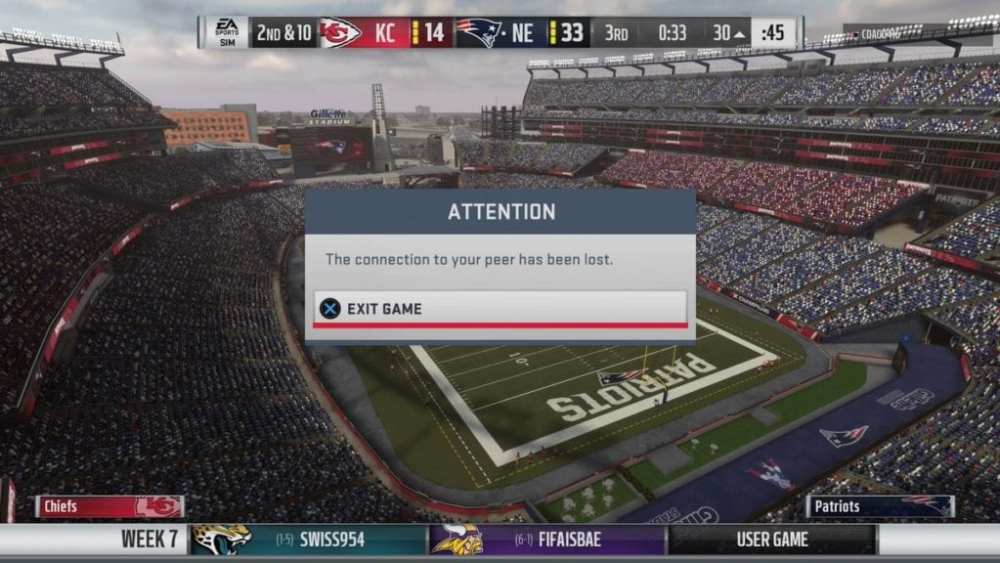 As a perfect example, I was playing at the Jordan Rec Center in NBA 2K19 recently and was randomly booted from the game in the third quarter. Disconnects happen, so I tried again. The result was that I was randomly disconnected in four out of the next seven games. This is simply unacceptable at this point in the game’s life cycle. I’m an avid gamer so I have a really good internet provider and yet I can’t seem to reliably complete an online game.

Madden NFL 19 also continues to see issues with its servers. I play in a 32-man online franchise and matchmaking is abysmal. Game invites often don’t show up, and when they do it’s often difficult to actually join the lobby as intended. Often it boils down to messaging the other player and trying to simultaneously join the game session. It’s obtuse and frustrating to constantly have to try and trick the game into actually letting you play. On top of that, de-syncs and disconnects are also quite common in Madden.

It’s critical that going forward these companies work hard to ensure that online play is as smooth as possible. Given that their focus is seemingly on the online card collection modes, it makes that oversight even more egregious. Dedicating more time and effort towards stable servers is a necessary and worthwhile pursuit going forward.

If there is one trend that has continued to plague sports games in 2018, it’s over patching. And I’m not talking about fixing obvious glitches or abused plays/mechanics, I’m talking about changing the game based on being too eager to answer feedback.

A classic example of this is NBA 2K19. Players are constantly forced to change and make new jump shots because the developers have deemed the current one too good. Or, in another example, going out of their way to nerf a badge because the community has said that it is overpowered. I understand that the intent is to trend towards more competitive balance but the end result is the fundamental shifting of the core gameplay.

One of the biggest problems is that these changes often seem to be snap decisions based on too little information. By Halloween, less than two months post launch, NBA 2K19 was already on its fifth patch. In the case of contested shots, it was patched and then reverted because it played out far differently than they anticipated. If it seems like I’m singling out NBA 2K, it’s because its single-player career mode has microtransactions baked in that could cost gamers money if their player build is nerfed into the ground.

NBA 2K is far from the only game to over patch though. Games like Madden NFL 19 and NHL 19 have also been patched to such an extent that the games feel almost completely different than they did at launch. Particularly skating and checking in NHL 19 have progressively gotten worse. By trying to micromanage how their games play, these studios are actually making their games less accessible and far more difficult to remain interested in over the entire season.

Going forward, it would be better to let games marinate in the wild before making sweeping changes to how they’re played. Certain things may seem overpowered at the time, but gamers have a funny way of finding out how to counteract things that may initially seem too strong. By all means, continue too fix things that are broken or inherently ruin a game’s experience, but have faith that your player base can sort some things out on its own.