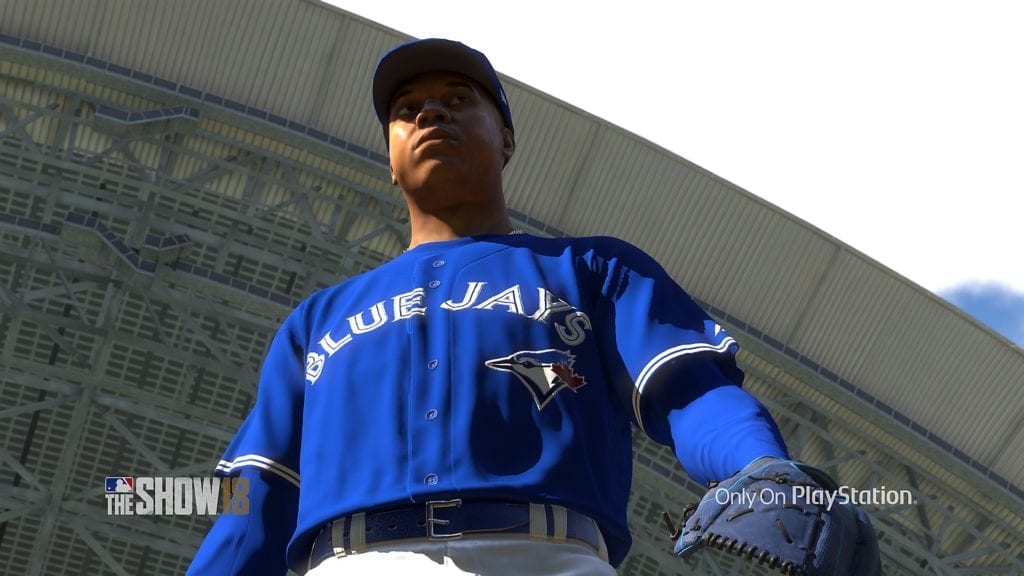 MLB The Show 19 is set to launch in just over two months, and roughly half the offseason is in the books. With the 2019 MLB season approaching sooner each day, let’s take a look at the top five teams to rebuild in franchise mode.

But before we get started, I will qualify a team as an attractive rebuild candidate under specific parameters. First and foremost, the team will likely not contend in 2019. Yes, this is arbitrary, and anything can happen, but for this exercise, let’s operate under the general consensus for how the upcoming season is going to shake out. Some other key attributes a team may hold is a weak farm system, aging stars, bad contracts, or young players ready to become household names in 2019. Lastly, free agency still is up in the air in some big respects, but I’m going to assume the likes of Machado and Harper won’t change this list too much considering the teams I’ll be talking about.

With that out of the way, let’s start in the Pacific Northwest.

The Mariners have been a fan favorites in recent years for franchise streaming and rebuilds. Having had a depleted farm system for the better part of five years, as well as aging superstars such as Robinson Cano and Nelson Cruz, the Mariners were the perfect candidate to try and “turn the page” to a new era. With Cano and Cruz now gone, as well as a laundry list of other guys having departed, the Mariners are betting on a newly revamped farm system to get the team back into contention in the next 2-3 years. Let’s take a closer look.

Rotation stalwart Felix Hernandez is a shell of what he once was, and only has one year left on his current contract. Their new shiny toy from Japan, starting pitcher Yusei Kikuchi, is a complete unknown, but will likely come with considerable potential in The Show. Filling out the rotation with guys like Mike Leake, Marco Gonzalez and Wade LeBlanc leaves something to be desired. The farm system added some top pitching prospects in Justus Sheffield and Justin Dunn, as well as Erik Swanson, all of whom could challenge for rotation spots in 2019.

In the field, Mitch Haniger is as close to a star as you’ll find, with names like Dee Gordon, Kyle Seager and Mallex Smith providing additional offensive punch. But again, the organization is betting on some prospects in 2019 and beyond. Newly acquired OF prospect Jarred Kelenic is another prize of the offseason for them, but is likely 2-3 years out. Guys like outfielder Kyle Lewis and first baseman Evan White will need to contribute soon if Seattle is to turn the team around as quickly as they’d like.

The team will also likely have cash to burn after the 2019 offseason considering Felix Hernandez’s contract will end, giving them at least 27 million on top of the salary cutting they already did this offseason.

The Mariners likely won’t compete in 2019, and while they’ve added some nice pieces to their prospect pool this offseason, the general consensus is they’re still slightly below average because the farm system was just that depleted before these offseason deals. Regardless, Seattle will again be a popular choice among gamers looking to build something up from the studs.

The Pirates are probably closer to competing in 2019 than the Mariners are, but given their current farm system and division they play in, it’s unlikely they’ll be a playoff team this season. That being said, they’re an attractive team to attempt a rebuild.

The Pirates operate on a tight budget, so users will have to be more creative and bet on young talent to rebuild the team. The team has some nice pieces to build around, all of whom are cost-controlled. Starting pitchers Jameson Taillon and Chris Archer have several affordable years of control ahead of him, and outfielders Starling Marte and Gregory Polanco continue to be enticing outfielders on long-term deals. But the infield is a mess. Colin Moran and Kevin Newman on the left side of the infield leave a lot to be desired. Adam Frazier and Josh Bell on the right side are a better combo, but they still lack the game-changing ability necessary to move the needle.

In the farm, Pittsburgh has a third baseman by the name of Ke’Bryan Hayes who may challenge Moran sooner rather than later for the starting job at the big league level. Starting pitcher Mitch Killer will almost certainly get a cup of coffee in Pittsburgh in 2019 and has decent potential, albeit not ace stuff. Some lower level guys like Travis Swaggerty and Oneil Cruz have some upside as well.

Pittsburgh is largely considered to have farm system in the bottom-third for organizations in baseball, so they have an uphill climb ahead of them.

The Diamondbacks were a National League darling just two years ago, but have now decided to retool after their salary cap began to balloon. It also appears they will not re-sign CF A.J. Pollock. Even more telling, having already traded franchise icon Paul Goldschmidt, as well as purportedly preferring to deal starting pitcher Zack Greinke this offseason, it’s clear more changes could be coming.

Arizona may still have the talent to compete, but in a division with the Rockies and Dodgers, that is no small task.

On the field, the Diamondbacks still have some impactful names like third baseman (and Show god) Jake Lamb, second baseman Ketel Marte and OF David Peralta. However, these names are a far cry from what could have been a lineup featuring Pollock, Haniger, Lamb, Goldschmidt, Segura and Peralta had the team played its cards differently.

The farm system ranks near the bottom of the league, featuring just one — and in some publications zero — top 100 prospect in starting pitcher Jon Duplantier. Some lower level guys like pitcher Taylor Widener and shortstop Jazz Chisholm provide some considerable upside should they continue to develop. It’s hard not to want to rebuild an organization around a guy named Jazz, but a considerable challenge exists nonetheless.

The Reds may be one of the more fun teams to dabble with in 2019 given their offseason acquisitions and the top of their farm system. For years now, the Reds haven’t competed. They’re probably still at least one year away, but the organization is definitely showing signs of life.

On the field, the lineup offers some incredibly fun names. First baseman Joey Votto may be the best pure hitter in baseball and is an annual threat to win the MVP award. Second baseman Scooter Gennett offers some of the best power the position has to offer (as well as sporting an exceptional name). Newly acquired outfielders Yasiel Puig and Matt Kemp are household names for baseball fans and can really rake. So the lineup is there.

But it’s the rotation that has regularly ranked at or near the bottom of the league in recent years that needs help. The additions of Alex Wood and Tanner Roark will undoubtedly help in this regard. The Reds have also made it clear they would prefer to add one more arm before the season begins. Even if that doesn’t happen, guys like Anthony DeSclafani and Luis Castillo will need to produce in 2019 if the team hopes to compete.

Down on the farm, Cincinnati has two guys who will almost certainly play a big role in the upcoming season. Nick Senzel has been a top 10 prospect for a couple years now, and whether he ends up playing third base or center field or anywhere in between, the team will be counting on him to pack a punch at the plate. Outfielder Taylor Trammell also comes with considerable offensive upside and should see the field for the Reds in 2019. Beyond those two, the Reds have former second-overall pick Hunter Greene, a young starting pitcher who throws absolute gas. The team’s 2018 first-round pick, third baseman Jonathan India, will likely move quickly through the system.

The Blue Jays are stuck in the AL East, which automatically puts a handicap on their ability to make the playoffs each year. Having to play the New York Yankees and Boston Red Sox over 30 times each year can definitely sour a team’s postseason aspirations. But the Blue Jays have some things going for them that make them an intriguing, albeit challenging, rebuild candidate. Before we even get to the team currently on the field, it would be an injustice not to start at the top of the farm.

Third baseman Vladimir Guerrero Jr. is the number one prospect in all of baseball, and he may be the best bat to come through any minor league system in the last decade. His future grades rank higher than Kris Bryant’s ever did.

Or Carlos Correa’s. Or Corey Seager’s. Or Joey Gallo’s.

All of those players ranked as supreme offensive prospects when they were promoted, but when Vladdy Jr. gets the call, he’ll likely be expected to immediately be one of the top 10 third basemen in baseball. Some have said he could be a future .330 hitter with annual 40 home run power. He may be the best offensive prospect since Miguel Cabrera in 2003. This alone may be too tempting for people to pass up.

(Side note: This kid is probably going to have a pretty stacked “Future Stars” card in Diamond Dynasty if/when he gets promoted.)

The farm system has some nice pieces in flame-throwing starting pitcher Nate Pearson, as well as shortstop Bo Bichette and catcher Danny Jansen. All four of the aforementioned prospects (including Guerrero Jr.) are ready to contribute in 2019, but there’s not a ton of reinforcements behind them. The 2020 Blue Jays will likely be a very young team with considerable offensive potential.

Other Teams To Watch?

With more and more teams electing to either go all-in on competing or tearing it down to the foundation, the number of appealing teams to overhaul seems to grow each year. One could make a very strong case the Miami Marlins, the San Francisco Giants or several other teams would be just as worthy of a fun rebuild. A lot can change between now and the start of the 2019 MLB season, but franchise mode in MLB The Show 19 should be an enjoyable time for users looking to make something out of nothing.

It is Time to Answer the Question: Should You Join an Online League?
Six Ways MLB The Show Needs to Improve in the Future