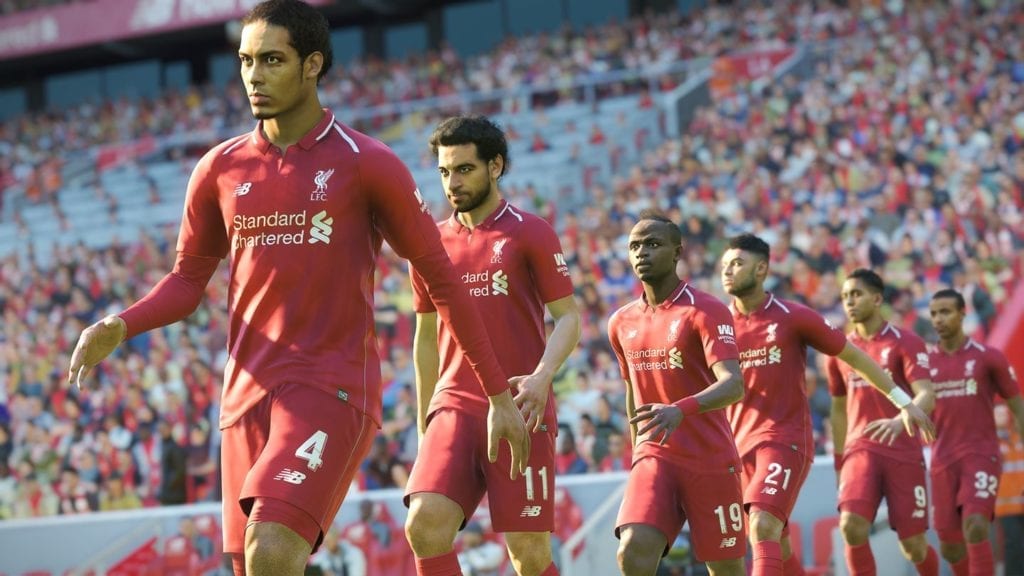 The pessimist might be tempted to look back on 2018 and focus on all the things that sports video games did wrong throughout the year, but the truth is that there’s plenty to be positive about when appraising the last 12 months. From AAA titles making the usual incremental progress in getting their games ever closer to looking like the real thing to smaller companies and games making a name for themselves, the reasons to be optimistic about sports games in 2018 were there if you just knew where to look for them.

Here are some of the trends that were most encouraging this past year.

We’ve come to the point where it’s almost impossible for game developers to ignore the complaints and suggestions of sports gamers now that they have more and more ways of having their voices heard. Through dedicated forums and the amplifying power of social media, people are increasingly expressing their opinions to let everyone know how they feel about the sports games they play. It’s also become obvious that those who make the games are listening.

For instance, MLB The Show 18 spent pretty much the entire game cycle listening and reacting to feedback on the game’s online hitting engine and trying to appease those who saw the results as less rewarding than random. EA has been inundated with gripes about its cadre of games (Madden, NHL, FIFA and Live), and the company has released patch after patch to address as many concerns and game exploits as possible. The same can be said of NBA 2K, as the studio was was forced to reckon with the prevailing opinion that the MyCareer mode, yet again, relied too heavily on microtransactions and a progression system that saw your player improving at a glacial pace.

But for all of the chatter offered by the masses, the jury’s still out on how much people’s feedback actually helped developers improve their games and, in some cases, it’s possible that hearing everyone’s opinions could actually hurt the final product. One thing that’s becoming abundantly clear is that there’s no way to please everyone, and by catering to one group’s game preferences it’s likely that you end up leaving another group unhappy. While it may be hard then for developers to strike a balance in their approach while keeping their ears tuned to the appropriate channels for feedback, that doesn’t change the fact that it’s important that people keep airing their grievances and providing positive reinforcement when needed.

In hindsight, we may look back at 2018 as the year where competitive sports gaming finally went mainstream. Of course, the biggest development on this front was the inaugural season of the NBA 2K League, a joint venture between 2K and the NBA that saw the Knicks Gaming team take home the first championship in August after putting together an unlikely run. Though the league experienced some predictable growing pains, the broadcasts of the games were pretty impressive and viewership was encouraging enough that the league decided to add four more teams for the upcoming 2019 season.

Elsewhere, competitive sports gaming had some ups and downs. The Madden series was forced to overcome tragedy after it lost two of its own in a shooting at an event in Jacksonville. Beyond that tragic incident, EA is still struggling to find a way to make its games entertaining to watch given that so many of its competitors tend to run the same plays nonstop. However, the company remains committed to making the endeavor work.

The NHL series tested out the competitive waters this year, starting with its first World Gaming Championship that took place in June. When MLB teased a gaming partnership in November, some thought MLB The Show might be the latest to step into the competitive realm, but that possibility will have to wait as the announcement ended up concerning gambling instead. Regardless, it’s beginning to feel like more of an inevitability than ever that all sports games will require a competitive scene in order to stay relevant. A byproduct of this is that as these scenes grow, the expectation is the games will only get better so people will actually want to watch.

Nothing breeds complacency like a lack of competition, but thankfully we are starting to see more sports games released to compete with the big dogs and also keep them in check. They may not have the same resources as the more established brands do, but these Davids are trying to bring down the Goliaths armed with little more than some innovation and creativity. Failing that, they are at the very least making sure the larger games keep pushing themselves in order to stay ahead of the competition instead of being able to rest on their laurels.

While EA is hardly a smaller company, its re-investment in the NBA Live series continues to yield improvements and is keeping things interesting as it tries to take a bite out of the market NBA 2K has dominated for so long. Meanwhile, EA has finally started to see some challengers emerge in the football realm, including titles like Axis Football ’18 and Maximum Football 2018. Now are these games better than Madden? No, not yet at least, but these things take time.

In other sports, PES continued to jostle for position with FIFA, R.B.I. Baseball kept trying to lure fans away from MLB The Show, and The Golf Club 2019 crept in and nabbed the PGA Tour license while EA slept on it. In a year when the big games had to keep one eye on the competition, only EA’s NHL series was safe from any serious competition.

It’s a little overwhelming these days when you boot up a sports a title and are forced to decide how you would like to play a game, as they continue to introduce new ways to enjoy the experience. Regardless of whether you enjoy playing online or offline, you can expect to find something that caters to your preferences. Across the sports gaming spectrum, 2018 brought us a smorgasbord of fun new modes that are sure to become staples going forward.

NHL 19 introduced the World of Chel, which despite its horrible name served as an ideal template for how to slowly indoctrinate people into the intimidating realm of online 6-on-6 play. From the chaotic Ones pitting you head-to-head against others to the 3-on-3 matchups teaching you how to cooperate with teammates to a full squad game giving you a true pond hockey simulation, the progression system kept everyone on the same level with archetypes, while still allowing you to use cosmetic rewards to express your creativity.

Madden 19 gave players who preferred grinding alone the new Solo Battles in Ultimate Team, while also continuing to expand their multiplayer Squads mode with the ability to play alongside just one friend in Squads Duos. And at this point, NBA 2K19 has added so many different modes that it has even started to branch out beyond basketball in the expansive MyCareer Neighborhood. Here you can play boring old basketball in a plethora of different ways, but you can also play dodgeball, capture the flag or even win some rewards answering trivia questions. It’s all enough to make you wonder where these games can possibly go from here.