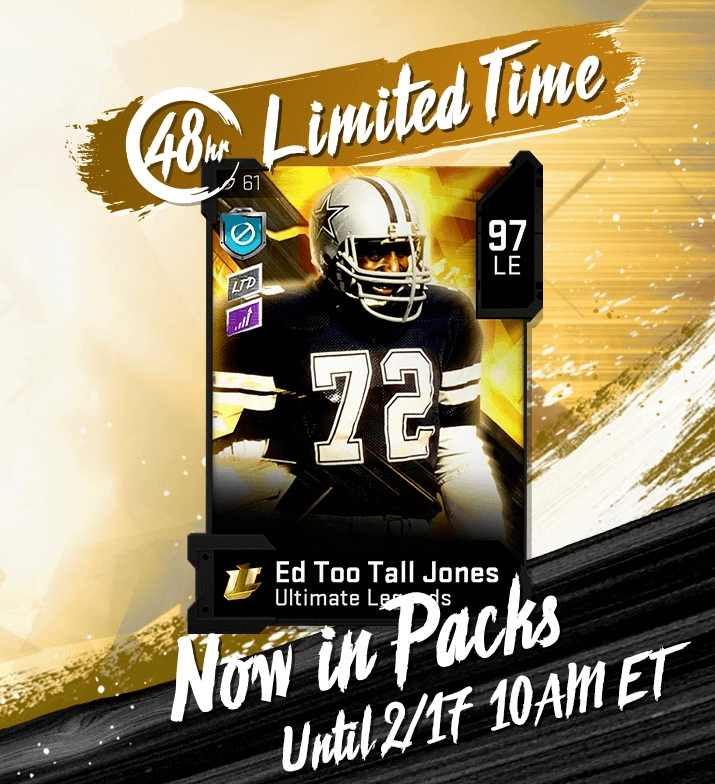 Ultimate Legends rolled on today with Ultimate Legends Brian Dawkins, Dan Dierforf and Limited Too Tall Jones. In the case of Too Tall, he’s a MUT legend so he will probably garner the most attention. Nevertheless, I want to quickly run through all three players here because they are a step up from what we got earlier in the week. In fact, I would say all three of these players are good enough to play inside and outside of theme teams — no matter what skill level you are playing at. 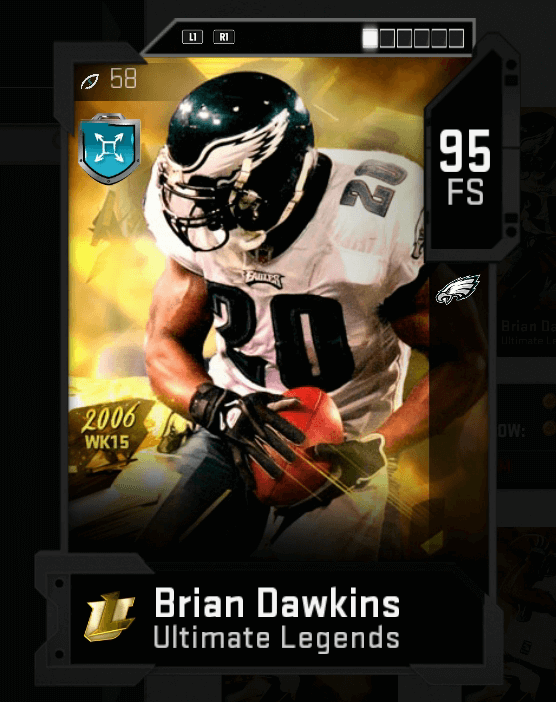 Quick Analysis: First off, obviously this card is a nice get for Eagles and Broncos theme teams. When you compare Dawkins to someone like Sean Taylor, then Taylor is still going to provide a little more mobility, but Dawkins is the bigger hitter and better in coverage. He is certainly a safety first and foremost, and he will work in both safety spots. All in all, I’m a big Dawkins fan so I like this card, but I think he’s not pushing well beyond guys like Polamalu, Fitzpatrick, Mathieu and Taylor. We’re getting to the point here where it’s more about personal preference or team chemistries for this lot of players. 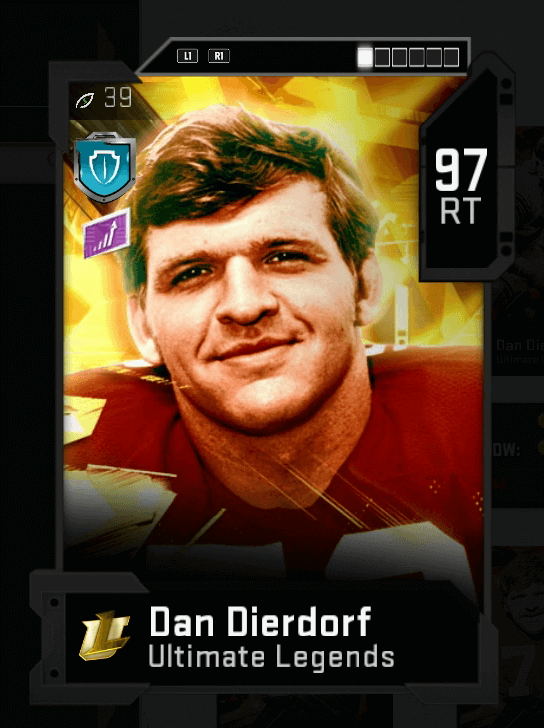 Quick Analysis: Dierdorf is now the top-rated base RT, beating out Runyan, Braden Smith and Schwartz. He has 74 speed, which is great. He also looks like he would be fine at tight end going by the ratings — for whatever reason. His stats are certifiable across the board, and he’s without question the last RT you would probably need this year. However, I never have much to say about offensive linemen beyond that because certain things in this game just work on defense to make most offensive linemen still look silly here and there. Anyway, this is good for the Washington theme team. 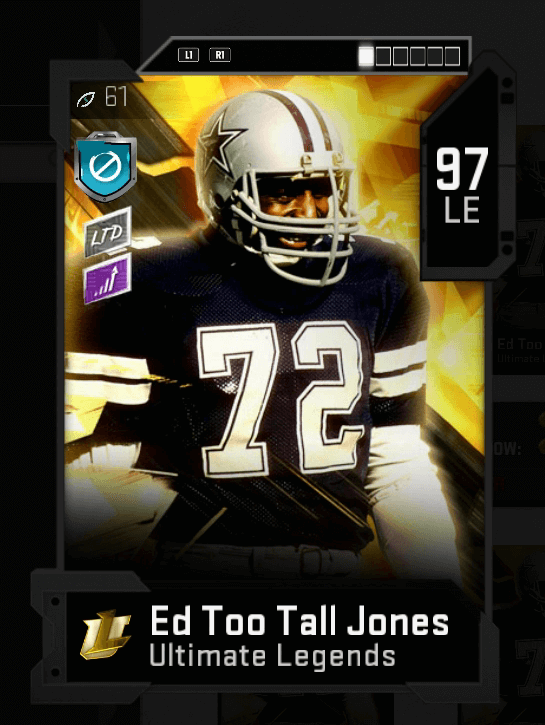 Quick Analysis: As the Limited, Too Tall Jones stands out a bit more. His physical stats are crazy because he’s 6-foot-9 with 80 speed and 98 block shed. More or less he’s a mutant, and he’s going to be a problem. He looks like he should work in just about any power or finesse situation, and the only problem might be that he “only” has 80 speed. In other words, you don’t really want to use him to spy or drop back in coverage ever, but everything else is fair game. You pretty much just let him loose to go get the QB or blow up running plays in the backfield.

Some people may still be waiting for a couple other legend updates, but if I had the scratch, I would get Too Tall Jones for sure. He has a reputation in MUT for a reason, and this card should only add to it. 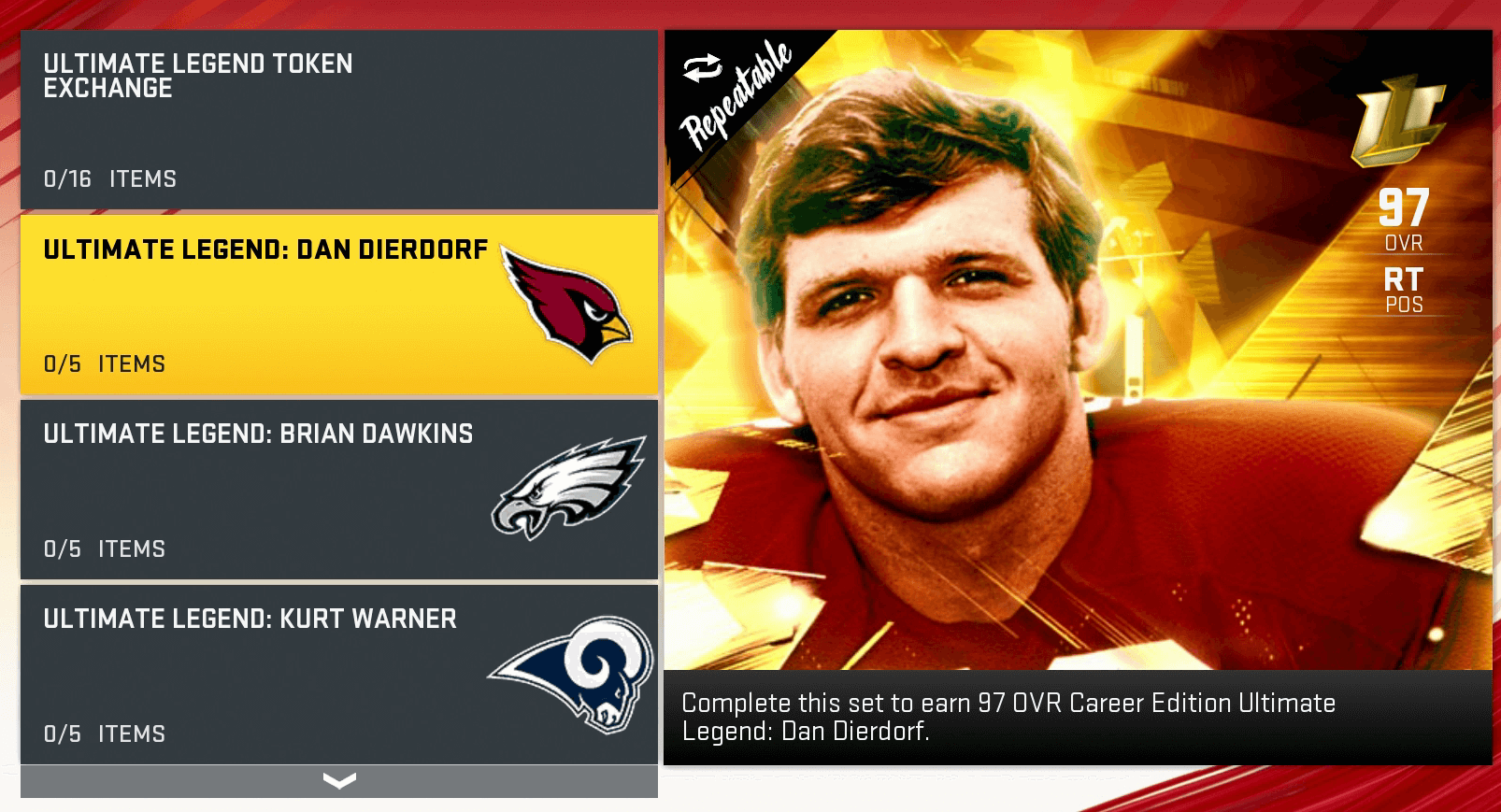 Just a reminder that you can get the Power Up for these players in the Solos, and they can each be completed via their set. Again, do the Kickoff Challenges so you can snag those 16 tokens to get a free random Ultimate Legends player…And hope that free player does not end up being Warner or Bednarik.