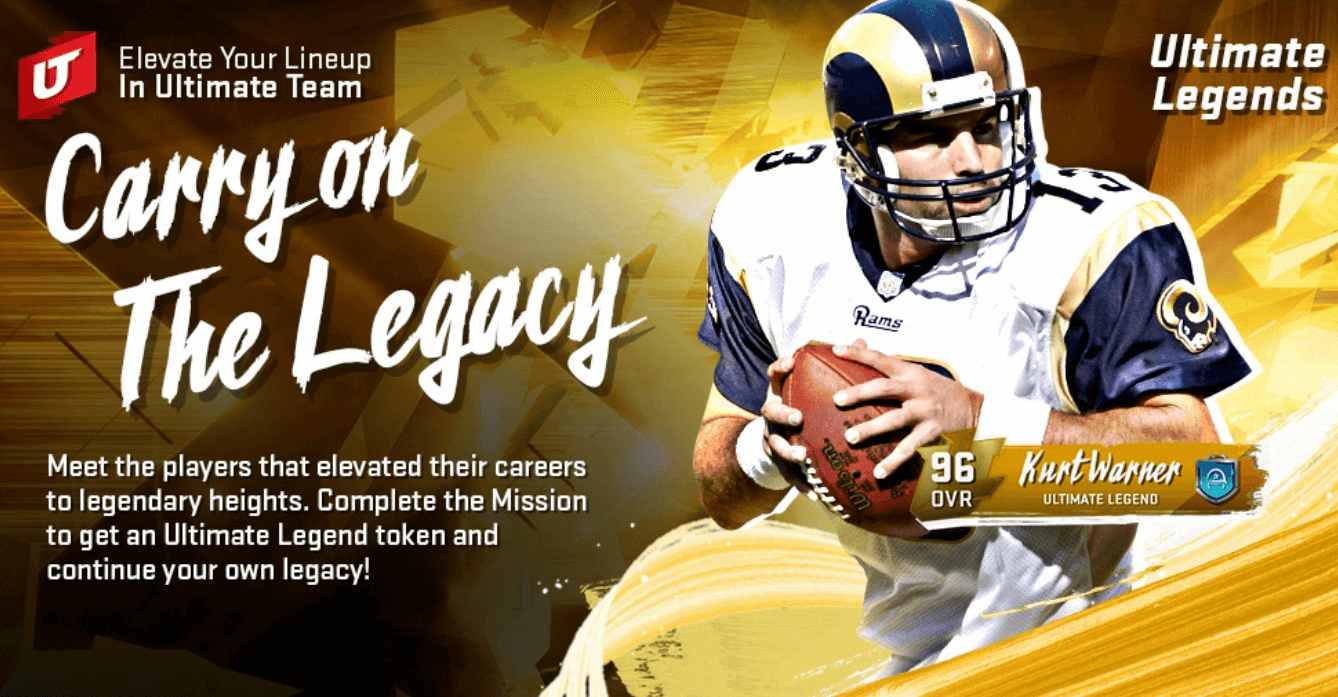 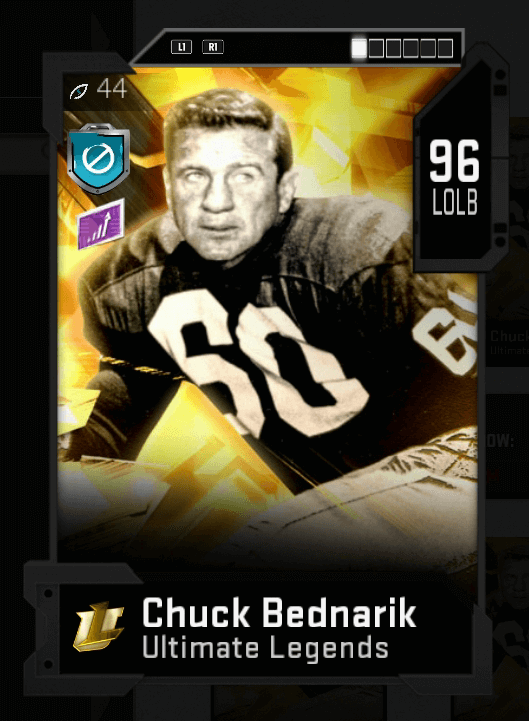 Quick Analysis: Concrete Charlie’s picture is kind of weirding me out. His face looks Photoshopped onto his body, and I want to know what he’s looking at. Anyway, this card is rather bad for a 96 overall. He’s not really a pass rusher, and he’s not really a coverage linebacker. His speed is not terrible but it’s not elite either. In theory, he might be good on run defense or on an Eagles theme team where you can juice his speed, but even his 88 block shed is rather average. If Bednarik were a 91-92 with these stats he would look much better, but the inflation on his overall makes me very nonplussed by this card. 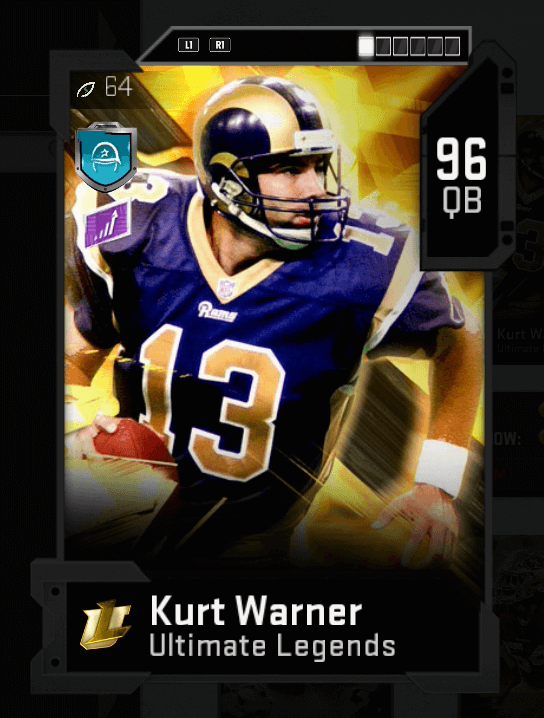 Quick Analysis: I don’t think this Warner card is good either, but because he has 30 team chemistries, he may still be an option on certain theme teams. He’s slow (as he should be), and his throw power is only 92 so he can’t get Gunslinger. These two factors are problematic when put together because contain blitzes are out of control right now, and blitzing in general is the meta. He can get Protected, which is cool but not as helpful when your offensive line is still generally suspect against the rush even with this ability. I think that’s probably because some people just have figured out some cheesed out contain blitzes, but it’s the Madden world we live in right now. In addition, while Warner is one of the more accurate passers in the game, since he still won’t be able to throw rocket-armed corner routes that’s somewhat moot as well.

Just a reminder that you can get the Power Up for these players in the Solos, and they can each be completed via their set. Again, do the Kickoff Challenges so you can snag those 16 tokens to get a free random Ultimate Legends player…And hope that free player does not end up being Warner or Bednarik.