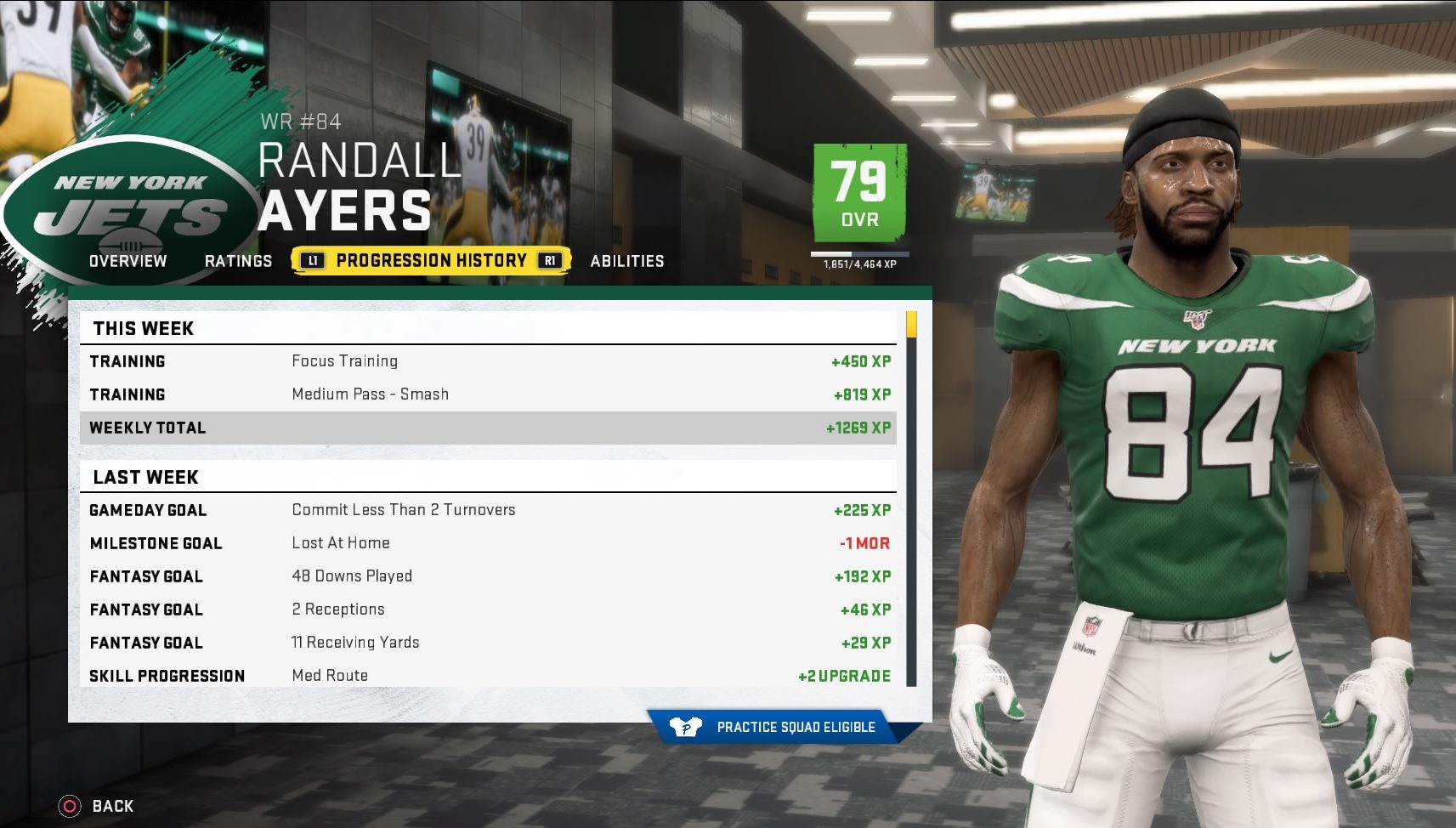 With the release of our first glimpses of Madden 21 these past couple weeks, it’s a good time to start getting excited about how the next installment of the series might improve on its predecessor. While franchise mode might not exactly have been featured prominently in that sneak peek at the game — though any gameplay improvements across all modes will certainly be more than welcome for franchise players — there are some aspects of trying to manage a team over multiple seasons that could definitely use some attention. Specifically, the idea of how players progress throughout their careers is one that needs to be addressed in order to make things more realistic and better maintain a competitive balance within leagues.

That’s not to say there aren’t elements about how the system works now that function as they should for the most part. For instance, the biggest way that players get better in real life is by putting in the hard work in practice (cue the Allen Iverson clip), which is reflected in Madden by the weekly training that you can play or simulate in order to improve your team. By working on different concepts that target various units within your team and focusing on a few specific players to develop a little more intensely, you can work out a sound strategy for how to improve your guys and, by extension, your team the fastest. 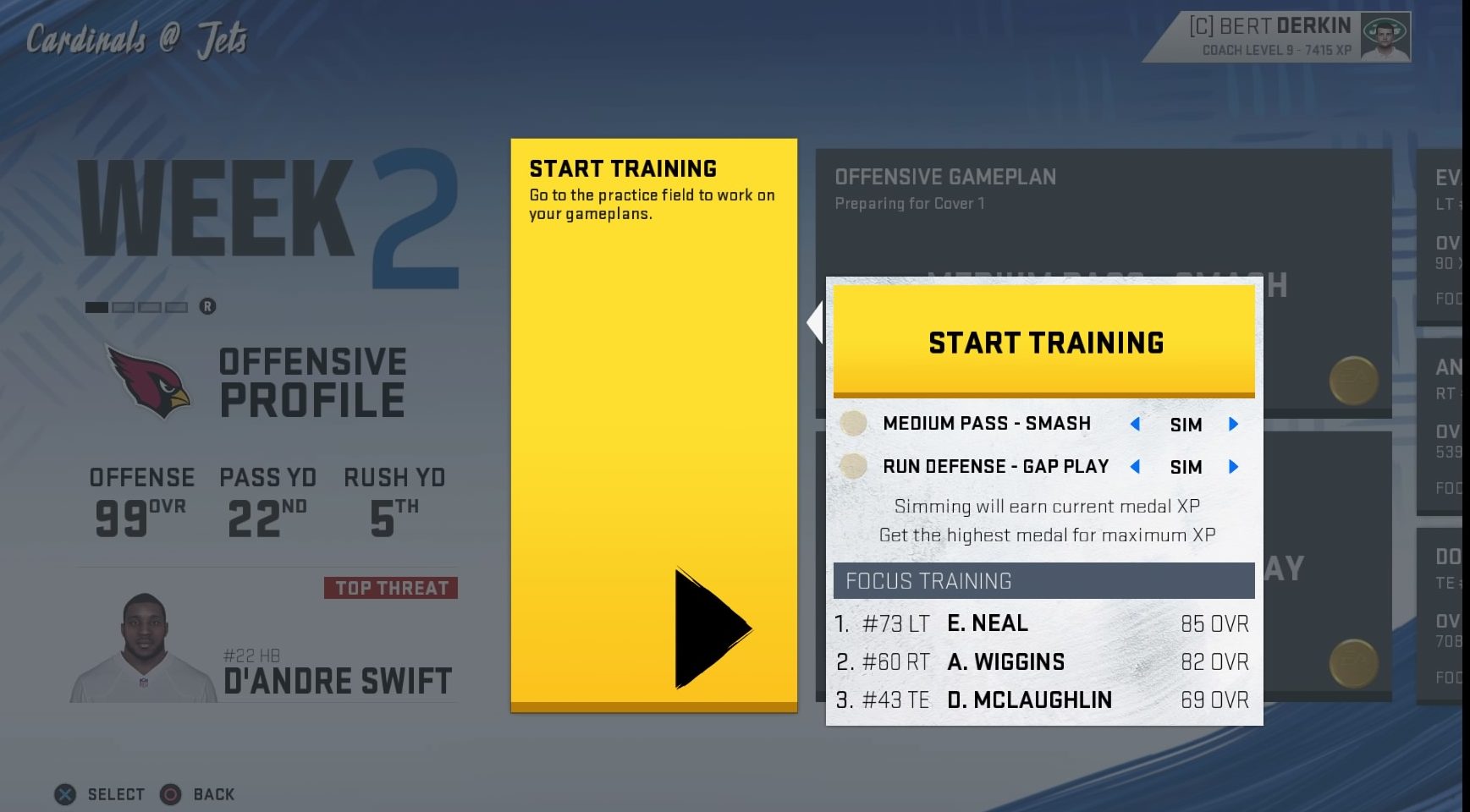 Though there are some nuances that could further be added to expand upon the strategy component of which drills to use to help players along and which corresponding skills these will in turn impact, the entire system is at least rooted in reality. But where things start to go off the rails as far as realism goes is when the game starts awarding XP — essentially the currency upon which all player improvements are made — for achievements a player makes over the course of a game or a season. While a player undoubtedly must get reps on the field in order to get any better, the idea that a player deserves to be awarded more XP for having a fantastic game or putting together a Pro Bowl campaign absolutely flies in the face of overwhelming logic.

It would seem that Madden has things all backwards when it comes to how players make strides in real life.

One of the ways that Madden offers you a chance to improve your team throughout a season is by giving you breakout development opportunities. If you’re able to achieve certain statistical benchmarks over the course of a game with a young player on your team, you can expedite the rate by which he improves by bumping him up to a better development level. There are only three different types of development levels in players: normal, star or superstar. So if a wide receiver with a breakout development opportunity goes out and puts up certain stats on Sunday, he can go from having normal development to star development. Suddenly, we’re supposed to believe he’s a better player and his future is brighter, all because he had one good game?

This kind of progression can become even more problematic within online leagues, where maintaining a competitive balance between 32 users is a priority. Along the long and winding road to winning a Super Bowl, a typical team will likely accumulate all sorts of XP by virtue of both their statistical achievements and sustained success. This means that the best team in the league is only going to get better, making the mountain that everyone else in the league already failed to ascend the previous season that much harder to climb over the next one. To say nothing of the fact that people will naturally start to force the action to whatever player has a breakout development opportunity in any given week. You know, just like you see in real life. 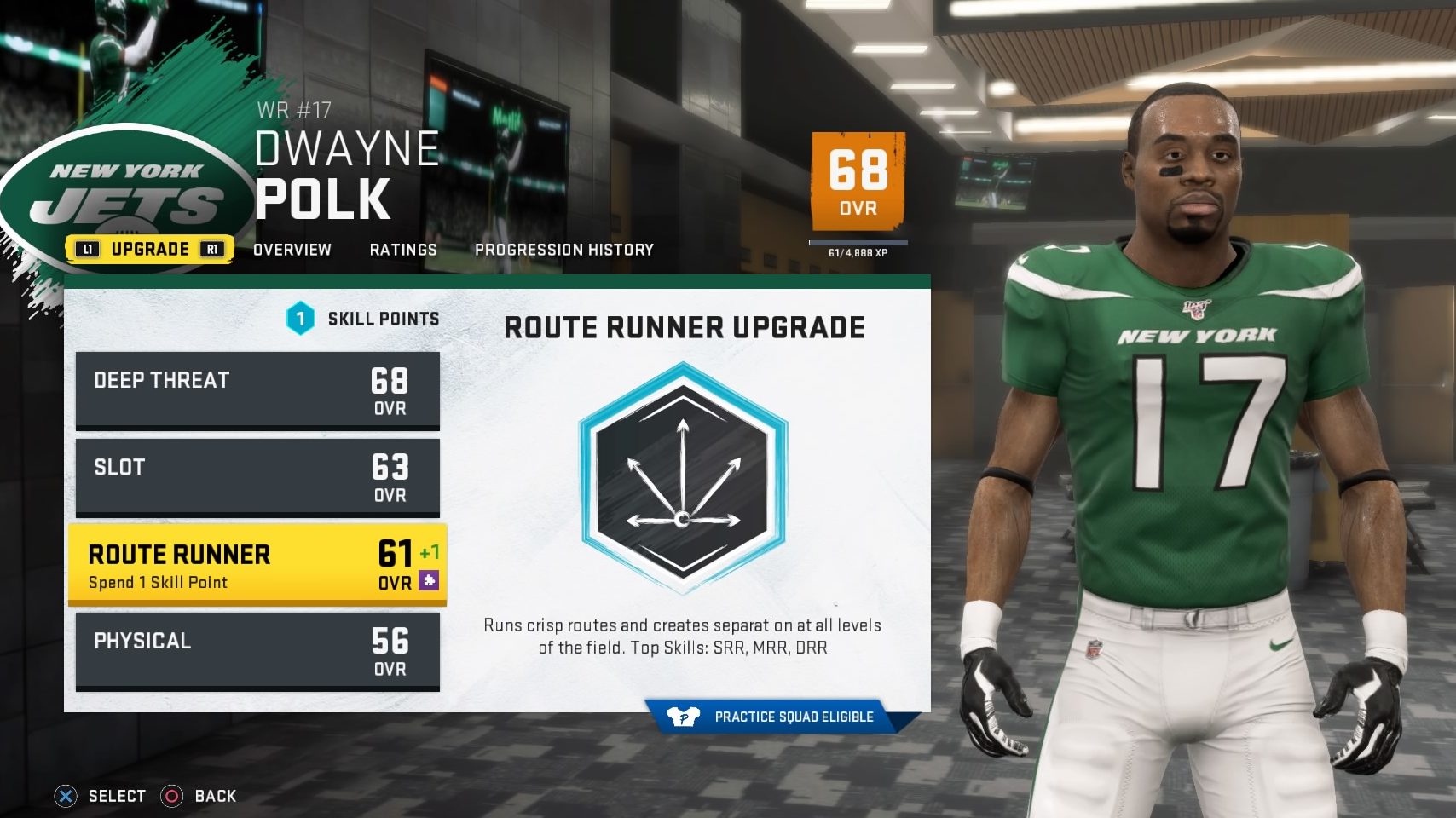 There has to be a better way to do this.

Some games, as with EA NHL’s “Fog of War” drafting and scouting system, have figured out that the only way to truly re-create the crapshoot of developing players is with a healthy dose of randomness. One thing that’s for certain is that players don’t develop only at three different rates. So it would be a start to eliminate the existing normal, star and superstar developments and replace them with perhaps some sort of potential system (with an attribute out of 100 possibly that could even be hidden until a player gets more game action) that determines precisely how quickly they will improve over their career. This way, finding a player with a low overall rating in a late round of a draft (or even undrafted) who happens to have a high potential rating could mean that he’s able to become part of your lineup somewhere down the line.

No two professional athletes are exactly alike and it would be nice if franchise modes like the one in Madden started to represent and even celebrate this kind of diversity. It’s only with this kind of system in place that you can start to see unique storylines start to emerge, like a a 4th-round pick on a mediocre team emerging as an unexpected superstar or a high-round pick that peaks early and never returns to that elite form. There are all sorts of ways that a player’s career can unfold. It would be fun to even see guys whose attributes regress substantially after an injury, but they’re slowly able to improve to the point where they can become an exciting comeback narrative.

Needless to say, Madden’s franchise mode has only scratched the surface of what is possible, and the flawed progression system that’s been in place for quite a few years now is the sort of rotten foundation that’s really holding it back from taking any meaningful steps forward.

Yes, in a grand irony of sorts, progression itself needs an overhaul in order for any progress to made here at all.