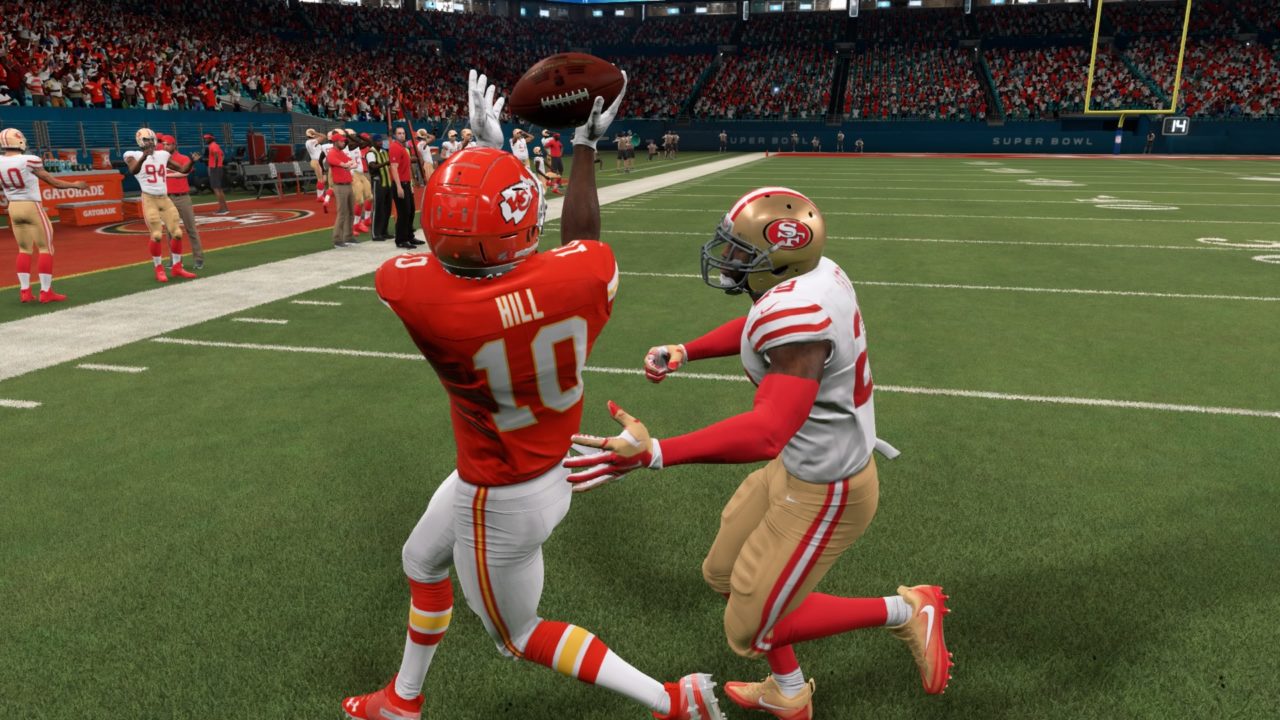 With Madden 21 news being delayed due to larger issues in the world taking precedence, I think it’s good to take another look back at Madden 20 compared to other football games that came before it. It’s nothing new to compare Madden to older football games and lament the state of things — OS folks are very good at that — but I think constructive criticism and breakdowns like this one by SimFBallCritic are always helpful to watch.

Madden vs. All-Pro Football 2K8 in terms of man coverage is something that speaks to me more than a lot of other comparisons. All the way back to ESPN NFL 2K5, it was relatively easy to make the case for 2K having a better motion engine at least in terms of how it looked in action. Responsiveness of players and even how the passing game played out in both games was much more up for debate — how players moved in Madden was preferred by many and passing the ball in 2K was very easy — but 2K generally “looked” more realistic.

That same concept carried over to All-Pro Football 2K8, and I think it’s something shown off well in Sim’s video. There’s clipping between the two players in the APF 2K8 clip and plenty of other stuff to critique, but the way the secondary player deals with his man mark, and how both players interact just looks functionally more impressive, even now when compared to Madden 20.

For all the improvements Madden has received over the years, animations are an area where the game has generally fallen short. To me, it’s been two issues holding the series back there, and they’re both shown off in man coverage plays. The first is foot planting and sliding are generally an issue in EA football games. I don’t think we should expect perfect foot planting every step because gameplay-wise that might not even feel right if it’s superseding the human control (as has been the issue in other games attempting this), but it’s still easy to point out the flaws.

The other issue are those “blending” animations that take place as a player goes from one type of animation to another. At about 1:25 in the video, you can see a good example of this blending issue (there’s other examples in the video as well). The two players interact near the line of scrimmage, then sort of bounce out of that interaction as the defender slides into going into a trail coverage. It just doesn’t look right, and it also leads to an outcome where a large amount of space is gained by the receiver for no visual reason other than the animation oddity.

Sim goes more into real football technique and the like, and I think it’s valid to analyze those things and discuss where Madden comes up short, but first and foremost I think visually Madden needs to improve how the animations play out, and figure out a better method to branch from one animation to another during a play. If the visuals are cleaned up in those regards, things like proper football technique will matter more, but if your animations are going to let you down regardless, that “high-end” realism stuff is irrelevant because it won’t make the game look or play better from start to finish.