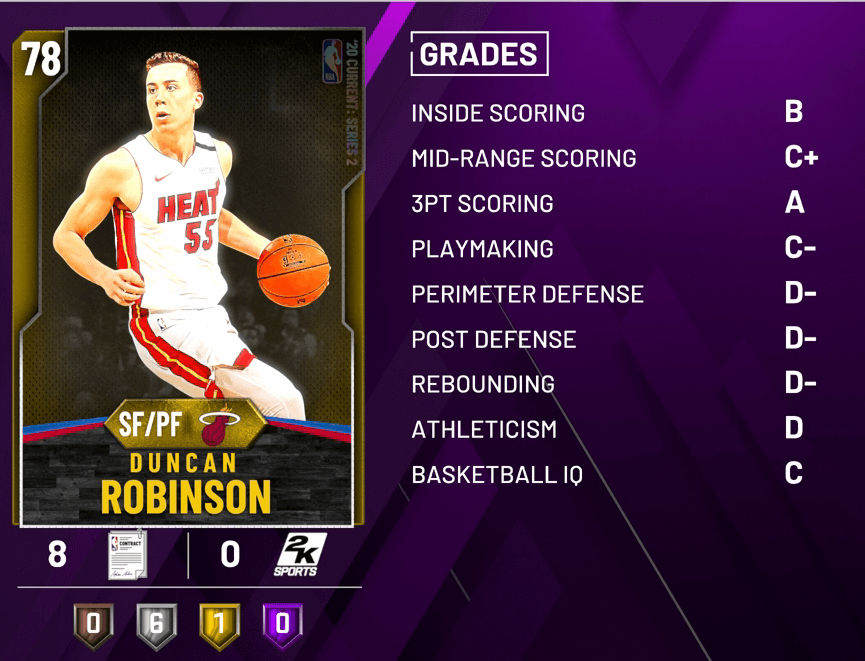 With over 400+ cards being introduced, you would think there would be a whole bushel of MyTeam Series 2 players worth using, right? Well, not so fast. For as much as the 2K team perhaps does not want to admit how much badges matter this year, they have more or less already done that in MyTeam by updating a lot of the cards (token rewards and beyond) to reflect what people already feel is the case: there are certain must-have badges.

We have seen that same philosophy creep into how players are announced and revealed. Shoot, 2K even let us vote on how to badge galaxy opal Brandon Roy.

⌚️ Time to vote on Galaxy Opal Brandon Roy! Remember, we’re letting the community design this card. So far he's got HOF Range Extender, HOF Quick Draw, HOF Clamps, & HOF Deadeye. What else should he have? 🔒

So the 2K team is not dumb. They know how much we think badges matter this year, and they have the data on how we vote for these badges too. Yet, even armed with that knowledge, they have made the decision to mostly leave out the consensus number one badge people want on any player: Quick Draw.

From a personal standpoint, I don’t hate that players take longer to shoot without Quick Draw, but it’s undeniable how important it is when the game has been designed around green releases. Plus, defenders still recover with insane closing speeds so being able to quickly get shots off really is a major factor.

Nevertheless, Quick Draw has not made it onto most of these cards, and so it gives almost all of them a fatal flaw in this one area. And if it’s not Quick Draw they’re missing, then it’s usually Clamps — or the fact that they get something like a Steady Shooter badge that no one even wants on their cards. 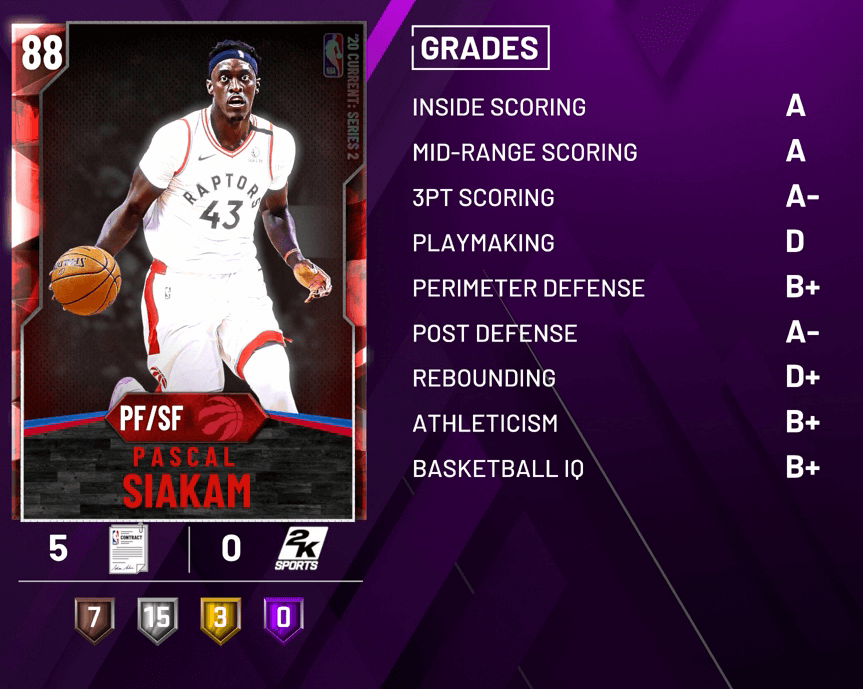 Now, on some level, I do understand this decision because 2K has mostly just brought over the players from the regular roster and imported them into MyTeam without many changes. This would be fine except the MyTeam ecosystem is not the PNO ecosystem. Changes do need to be made if they want these cards to be viable at all. Then again, as I also have said, the plan might be for these cards not to be viable.

After all, only a handful of the Series 1 cards see play. You’ll see Karl-Anthony Towns and Kristaps Porzingis here and there. You’ll see amethyst Giannis a bit, and maybe even an occasional Steph. But beyond those exceptions, everyone has moved on from Series 1 cards.

The same will be happening to the Series 2 cards. Who is viable? Well, I would argue not one player from this set is viable. However, that might be a little too harsh because it depends on the prices. If you can get ruby Klay Thompson for under 4K, fine. He’s not great, and has HOF Steady Shooter, which is just bad. But at least he has HOF Quick Draw and gold Clamps. The pink diamond Giannis is another interesting one because he can play center. So you get what is probably the fastest eligible center in the game, but he’s still stuck with just 3 HOF badges, which does not cut it in MyTeam for any other pink diamond. 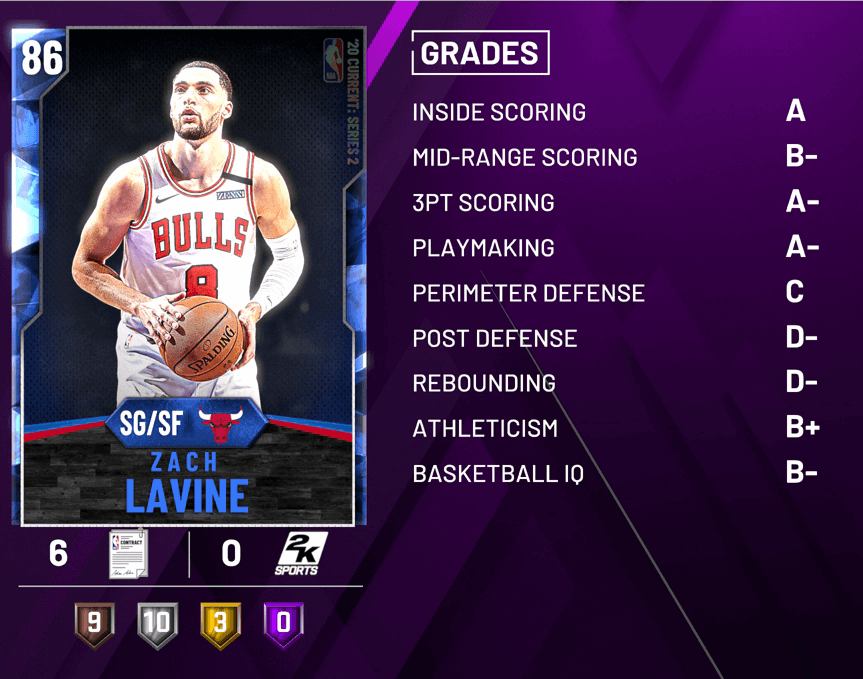 It’s funny though because a lot of these cards would be just fine (and cheap) if 2K just made slight alterations. Series 2 Jimmy Butler has gold Clamps but no Quick Draw. He’s the prototype for being one badge away from at least being usable. With that in mind, would it have made sense to just give everyone a Quick Draw badge? If you had asked me that a month ago, I would have said no. But now? 2K basically gives Quick Draw to every new card that comes out, so aren’t they more or less saying that badge is indispensable? And if they’re saying that, then why should I not agree with them and expect it on all my cards?

The other factor to consider here is what was the point of these cards if no one ends up using even a small handful of them. If the plan was just to release these cards so people get stoked about packing a random pink diamond or getting close to the token collector rewards, then fair play. But if the goal was to get people excited about using 400+ new cards, then this is a miss for a majority of MyTeam players. 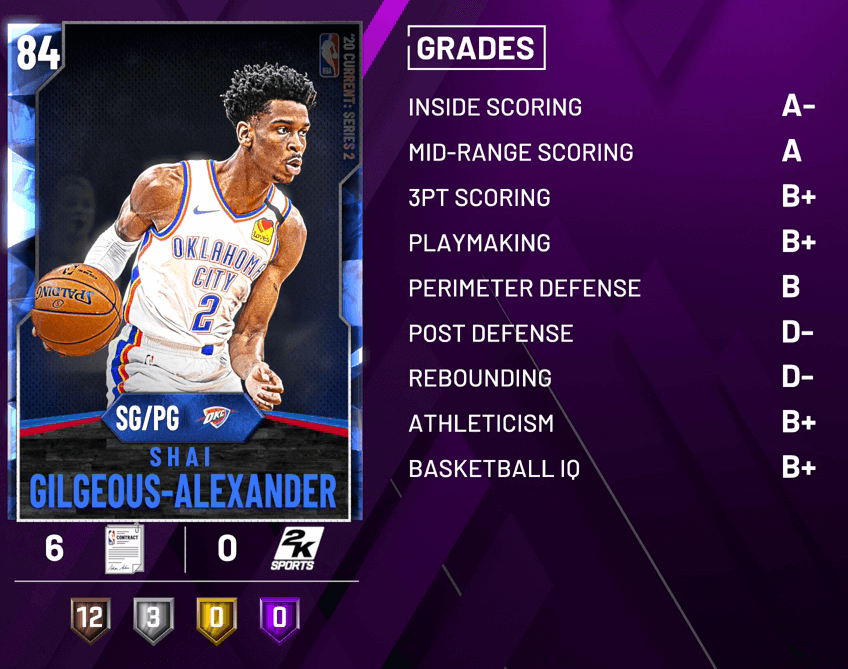 So I will be curious to see what happens from here. Will 2K be aggressive and retroactively assign more badges to some of these players to account for their own design decisions and the power creep that has happened in MyTeam? I expect these cards will remain as they are, but 2K has been moderately aggressive with badge updates this season.

The galaxy opal Rewards Dwyane Wade and Anthony Davis both got badge updates yesterday to make them even better, so 2K has the power to alter these cards if they want.

Cancel reply
Discussion
Click here to reply to the discussion
Continue Reading
You may also like...
Related Topics:MyTeam, myteam series 2, NBA 2K20, series 2 players worth getting