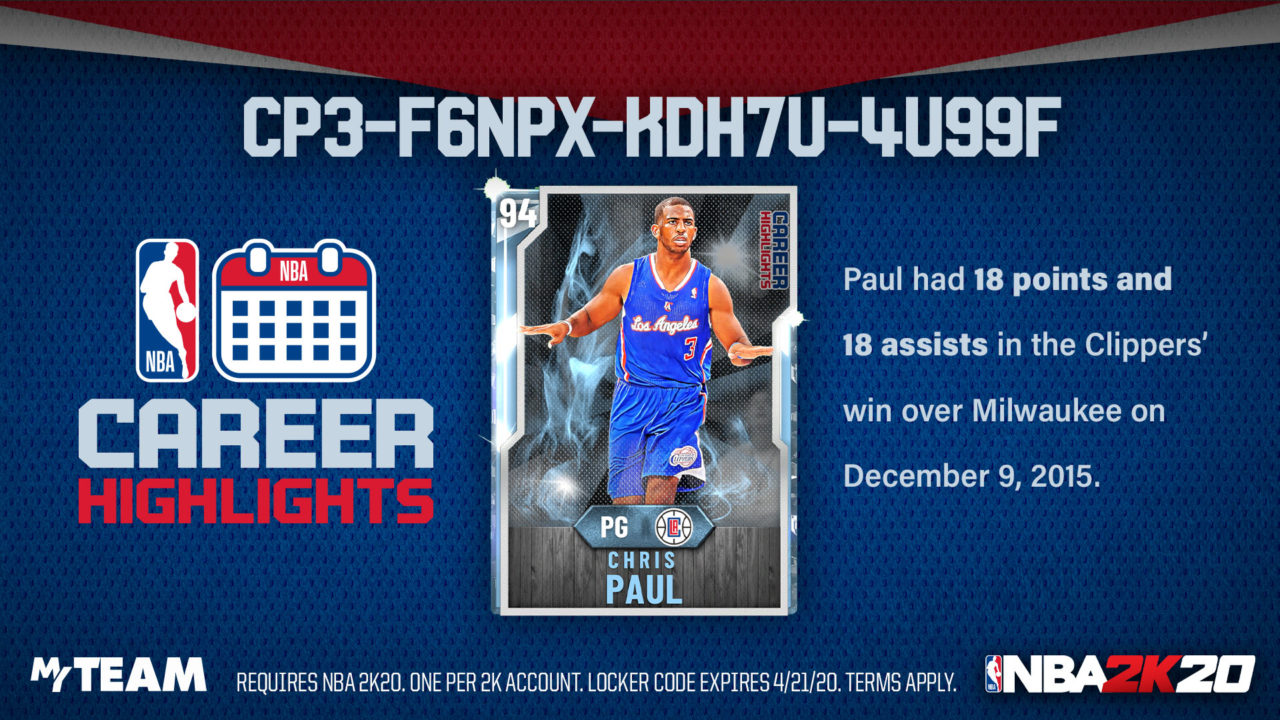 Today NBA 2K20 rolled out new (insane) Buzzer Beater players and a Chris Paul locker code for a chance at a diamond CP3 in MyTeam. First, let’s get to the code before the absurd cards.

This is a solid CP3 card, it might even be better than the Kobe Bryant released yesterday. It’s also a callback of sorts to when cards were good, but still fair. Fairness does not apply to some of the cards in the Buzzer Beater packs.

Galaxy opal Blake Griffin, galaxy opal Clyde Drexler, pink diamond Desmond Mason and diamond Brent Barry. There’s really no reason to even talk about the galaxy opal cards because they’re all just running together now. Yes, 43 HOF badges is outrageous for Blake, but all these players are just high 90s in pretty much everything now when factoring in shoes and coaches. You can see the ratings and badges for these players at 2KMTCentral.