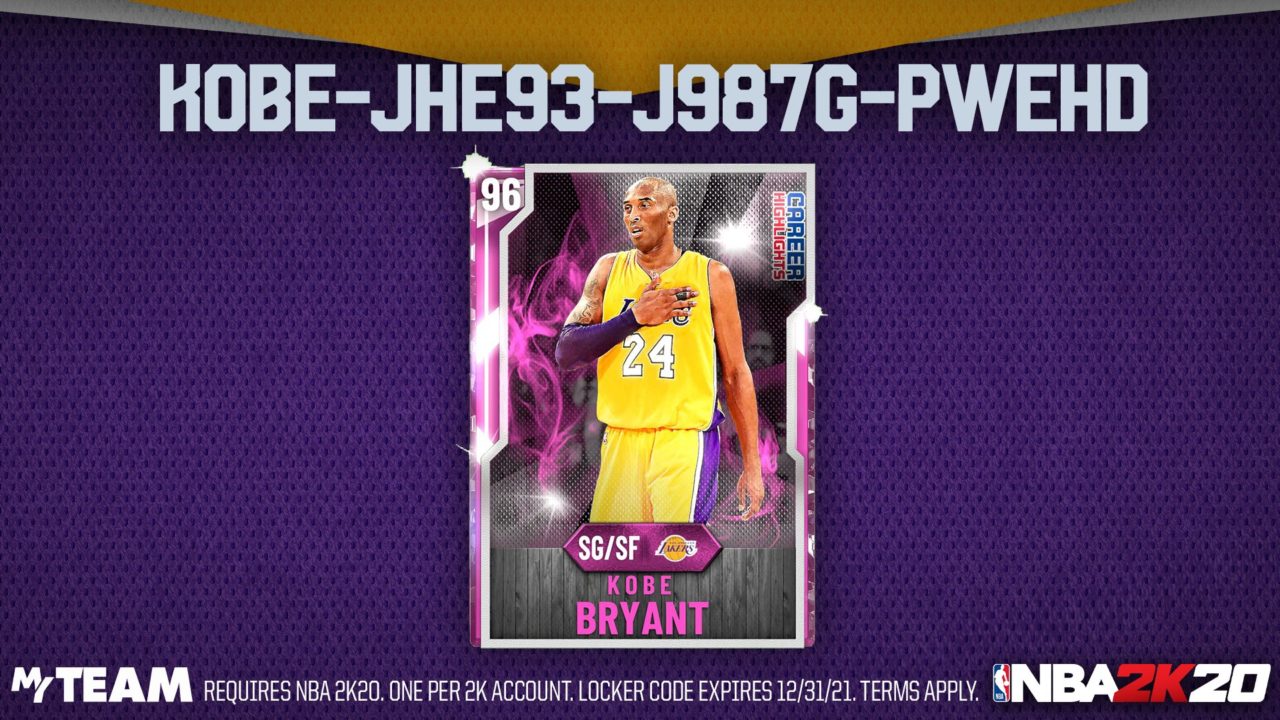 To honor Kobe Bryant on the anniversary of his final regular season game against the Utah Jazz, the 2K team has a released a pink diamond Kobe Bryant locker code. This code guarantees you the card.

Various folks have been wondering when 2K might release a card to honor Kobe, and while I suspect we still might get more from 2K on this front, this is a nice gesture. On top of the card, 2K has also released eight Spotlight Challenges so you can take Kobe through his paces once again.

We're honoring Kobe with brand new Spotlight Challenges that highlight eight iconic moments from his career. The 81-point game. The Lob to Shaq, and of course, the 60pt finale

Get started by redeeming your free Career Highlights PD Kobe card that is based on his final game 💛💜 pic.twitter.com/NW3XKInnga