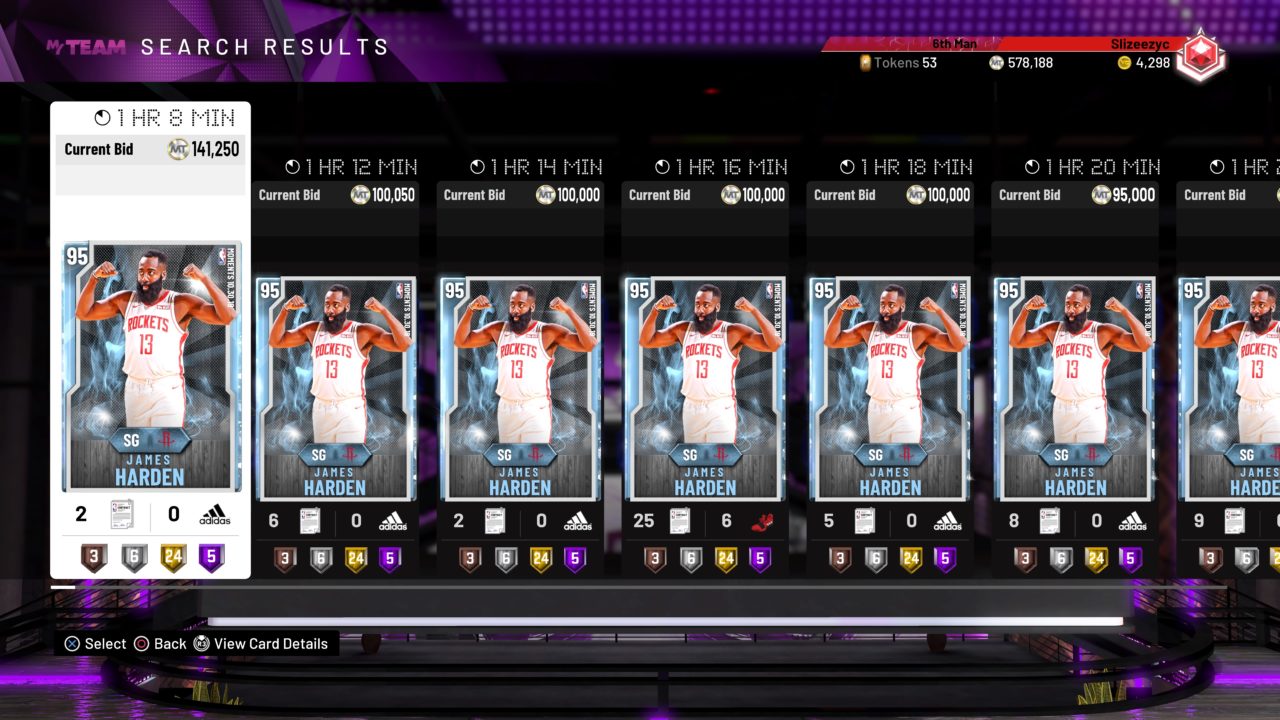 Last night’s Washington Wizards vs. Houston Rockets game was one of the wilder regular-season affairs you will ever see. The score at the end of regulation was 159-158, with the Rockets surging from behind late on the back of 59 points from James Harden.

James Harden moments card 💎 The Beard was in his 🎒 last night droppin 59 points against the Wizards. Available until Sunday at 12pm PT pic.twitter.com/uBTkV8BuH6

It’s no surprise Harden got a Moments card today to commemorate the performance. However, much like the Anthony Davis card yesterday, this diamond James Harden is a bit of a trap. It does have five HOF badges (consistent finisher, relentless finisher, contact finisher, fancy footwork, difficult shots), but it does not have PG eligibility. On top of that, it does have gold “green machine” but only has a bronze range extender badge. I would advise those who are not Harden super fans to simply flip the card in the short term and get out before it crashes in the coming days and weeks. Harden is going to get better Moments cards, and in general this just isn’t going to be a top-tier diamond. 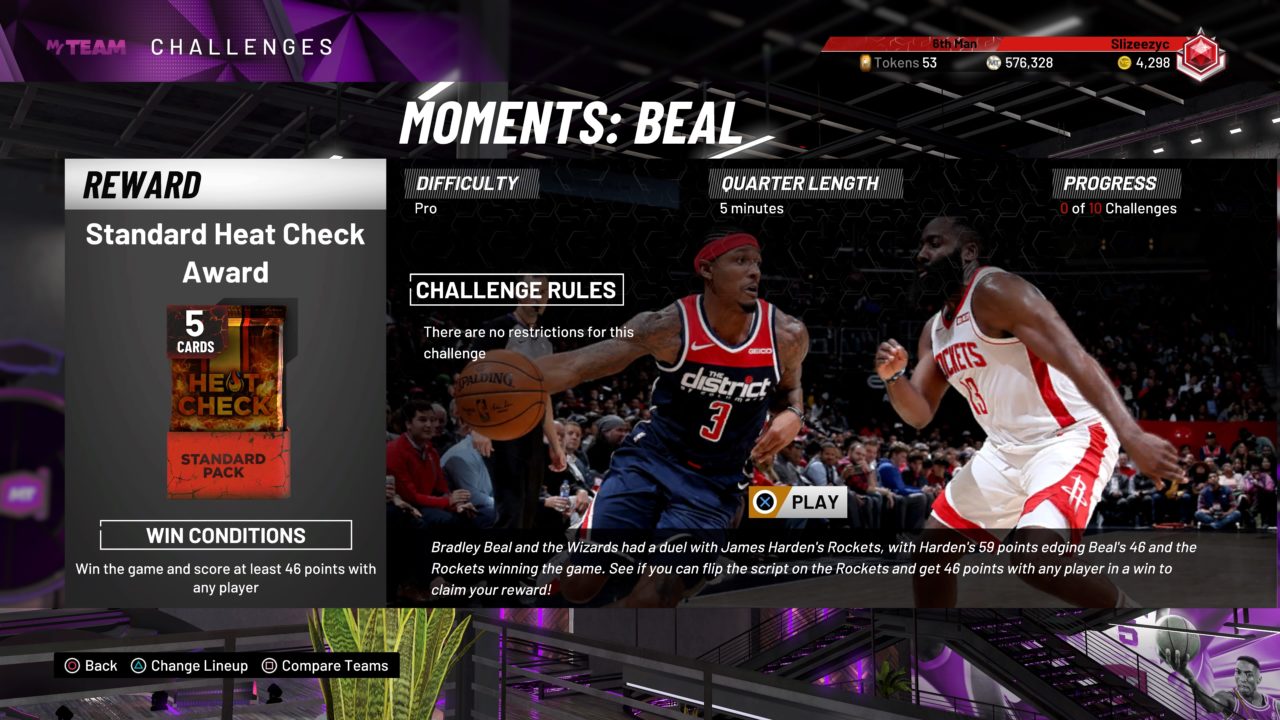 While Beal did not get a Moments card, he did get a Moments Challenge. It’s straight forward and just involves you getting 46 points with any player while winning the game. With five-minute quarters on Pro difficulty, you can cheese your way to a Standard Heat Check Award without much fuss. Bradley Beal will also now join the fray as being a potential Week 2 Moments player, or even a potential player of the week.

2K continues to do a great job pumping out new Moments Challenges, and it’s good to see that consistency. This is one area where the studio is clearly trying to improve this season.