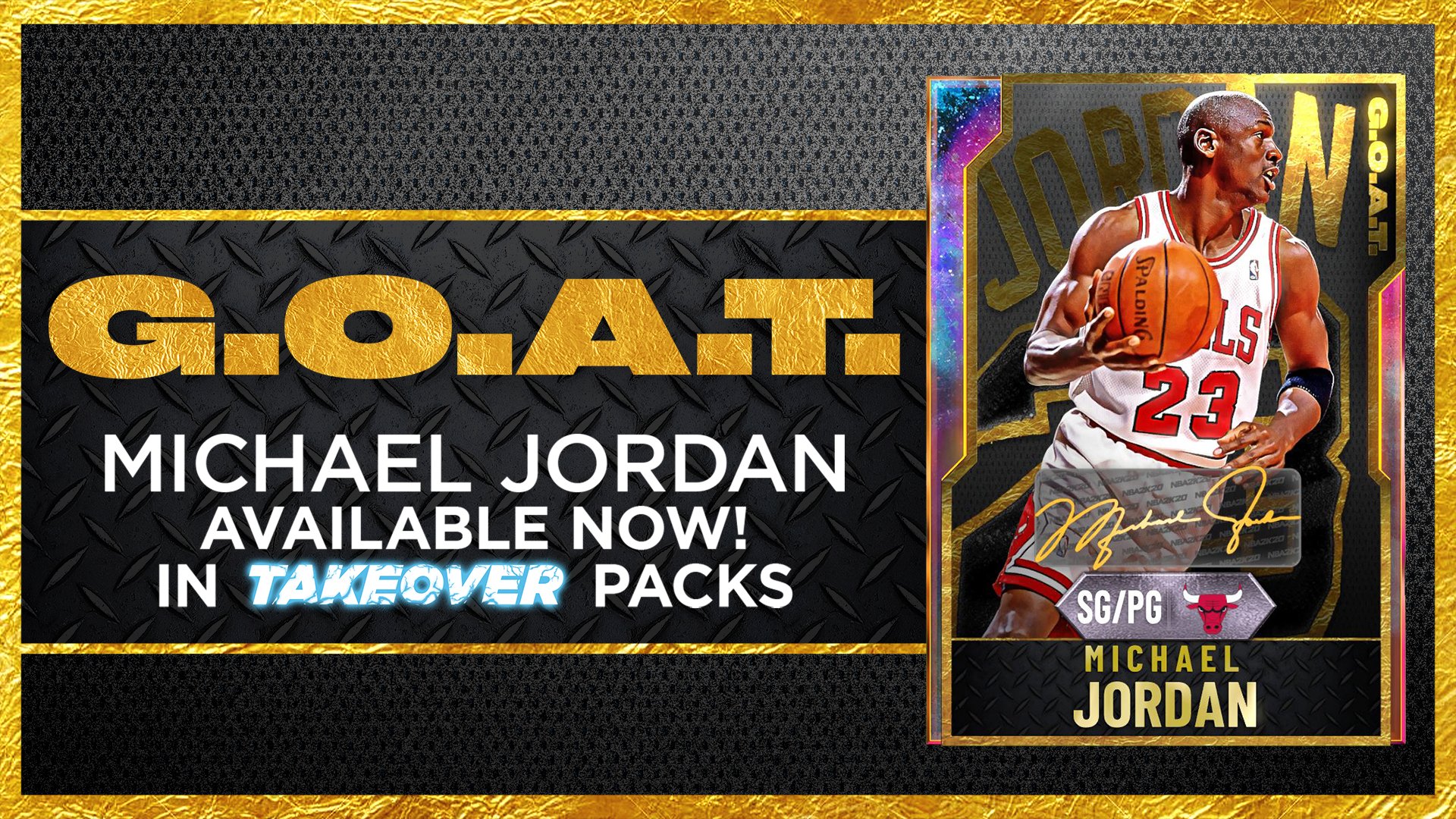 The Last Dance has invaded all elements of our basketball lives, and that continues now with NBA 2K20 MyTeam. We now have the first player with 99 overall in every stat, and of course it’s galaxy opal Michael Jordan. He also has 65 HOF badges, so he’s more or less untouchable. MJ is NOT the collection reward in the Takeover packs, that would be Scottie Pippen. This is probably a smart play by 2K because you can make more money putting MJ in the packs.

Who's taking flight with His Airness? 🐐 Galaxy Opal MJ has 99 everything & 65 HOF badges pic.twitter.com/x3fHWxKqou

DBG took MJ out for a test drive, and be aware he thinks turning the meter off will make sense because it’s maybe not lining up with his actual shot. This issue seemed to be happening with the Kobe Bryant card that was released previously, so it’s not a totally new thing that can happen.

As always be very aware of low pack odds, and they’re probably even lower here than usual considering the top-end cards you could snag.

Continuing with The Last Dance theme, we get a Career Highlights locker code for an amethyst Ron Harper.

🚨 Ron Harper Career Highlights Locker Code. In 1994 Harper scored 27 points on 4-6 shooting from three for the Chicago Bulls. Use this code for a chance at an Amethyst Ron Harper. Live for one week pic.twitter.com/QbSQhpjSPa

And The TTO boards have also been updated with a thematic tie-in to The Last Dance.

The #LastDance team is comin to Triple Threat Online 🚨 Boards are now updated with: