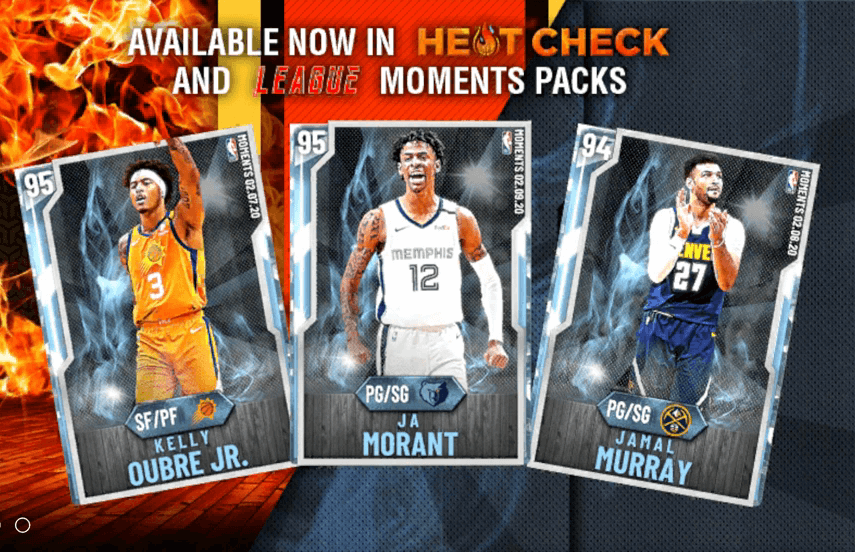 There were five new Moments cards released today along with the 400+ Series 2 players. This includes diamond Ja Morant Moments and diamond Jamal Murray Moments cards. I’m going to try and have reviews for these cards once I have a little more time, but let’s quickly run through the names in the interim. 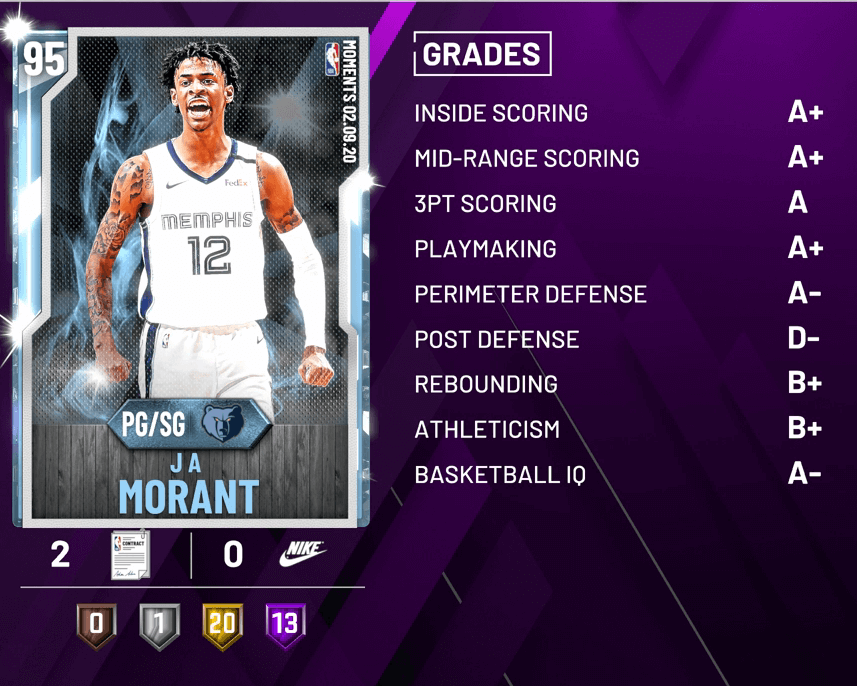 Quick Analysis: Morant’s 13 HOF badges include Quick First Step and Giant Slayer. He has gold Clamps, and I don’t think I need to expand too much for now on why Morant is a good card. He’s been a favorite already in the MyTeam community, and it’s because he has a great shot that’s easy to green while doing moves off the bounce. On top of that, his defense is just good enough to get him into a backup role on stacked teams — or start on most others. Plus, he’s just a fun rookie. 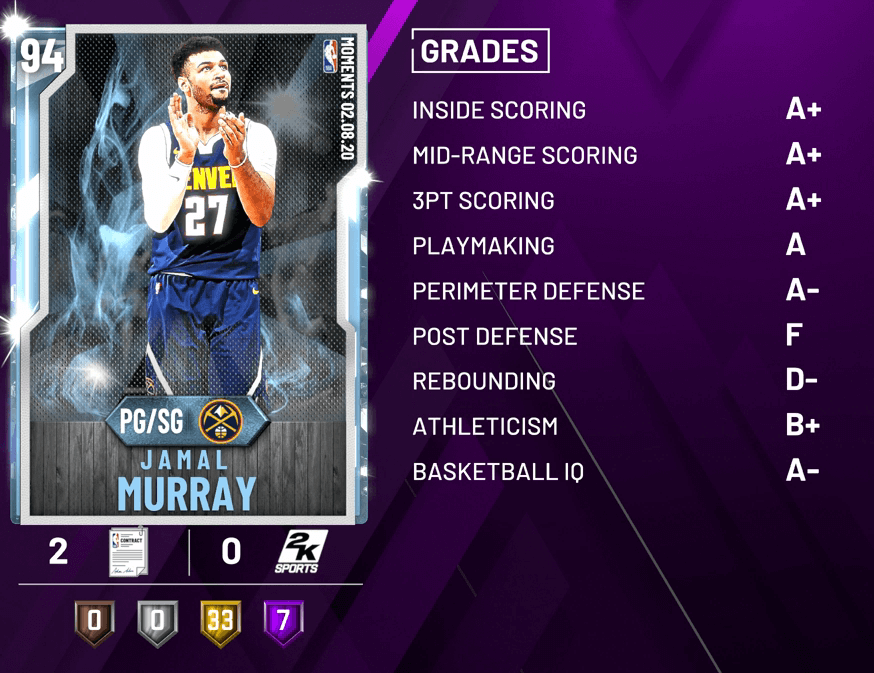 Quick Analysis: Jamal Murray’s 7 HOF badges include Quick First Step and Range Extender. He also has gold Clamps and Hot Zone Hunter. Murray is another one like Morant where his release is clean and you just have to live with some meh defense. At the very least, Murray has gold Clamps, but he’s still not going to be great defending point guards. With gold Hot Zone Hunter, he’s closer than not to Morant in terms of badge quality even though he doesn’t have as many HOF badges. 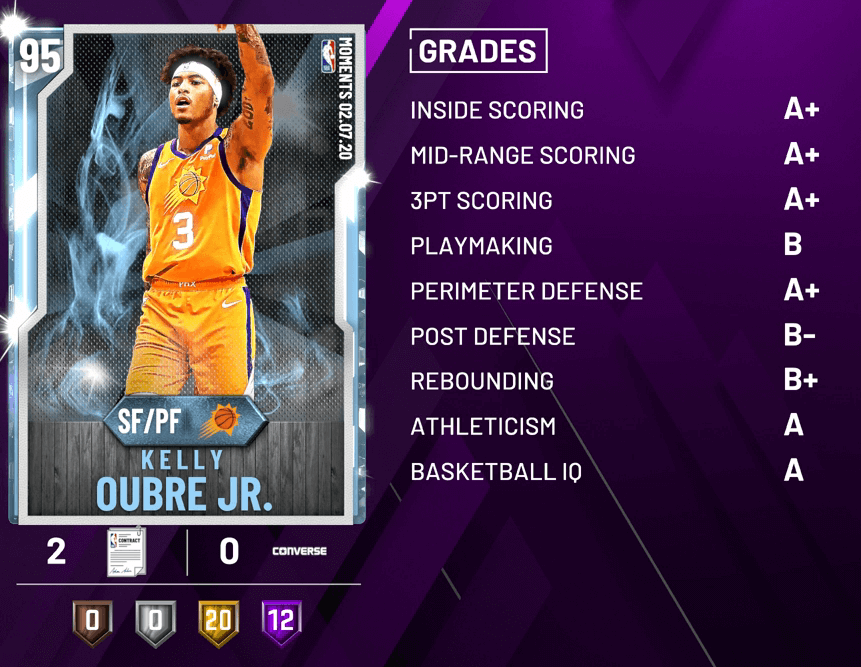 Quick Analysis: Oubre Jr. is another player who is already certified in MyTeam. Among his 12 HOF badges are Green Machine and Pogo Stick. He also has gold Clamps and Range Extender. All in all, this is a strong top three players in terms of value versus output. I would suspect at least two of the three cards will be undervalued before long (it’s just how the auction house ends up working most of the time based on pack pull probabilities), and so there will be a deal to be found here somewhere. 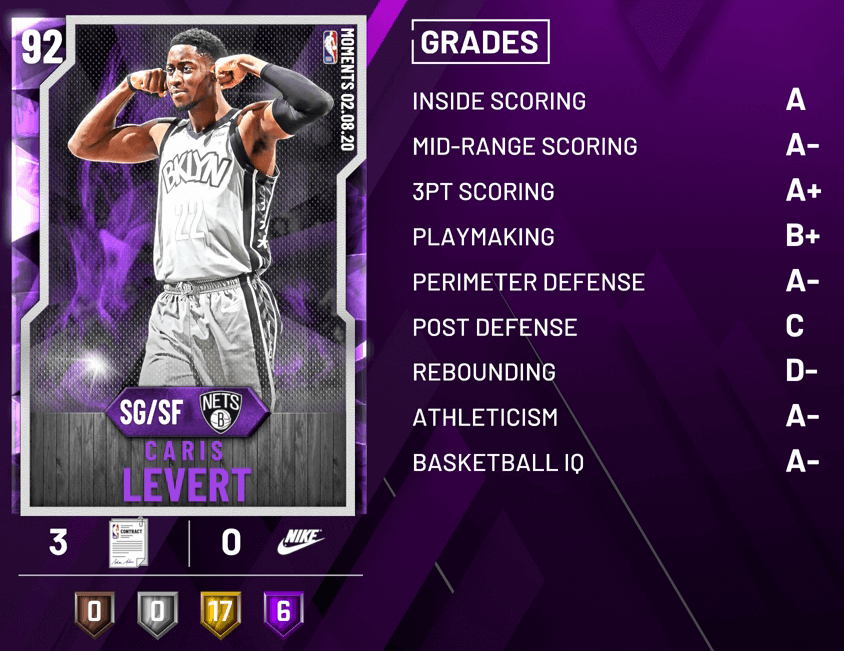 Quick Analysis: I don’t have much experience with LeVert this year so far. This is his first upgraded card (excluding Series 2) so this will be the one I have to try out the most. I don’t believe I liked his shooting form last year, but I could just be thinking that because I for sure did not like Dinwiddie’s. His 6 HOF badges include Green Machine, and he has zero defensive badges. 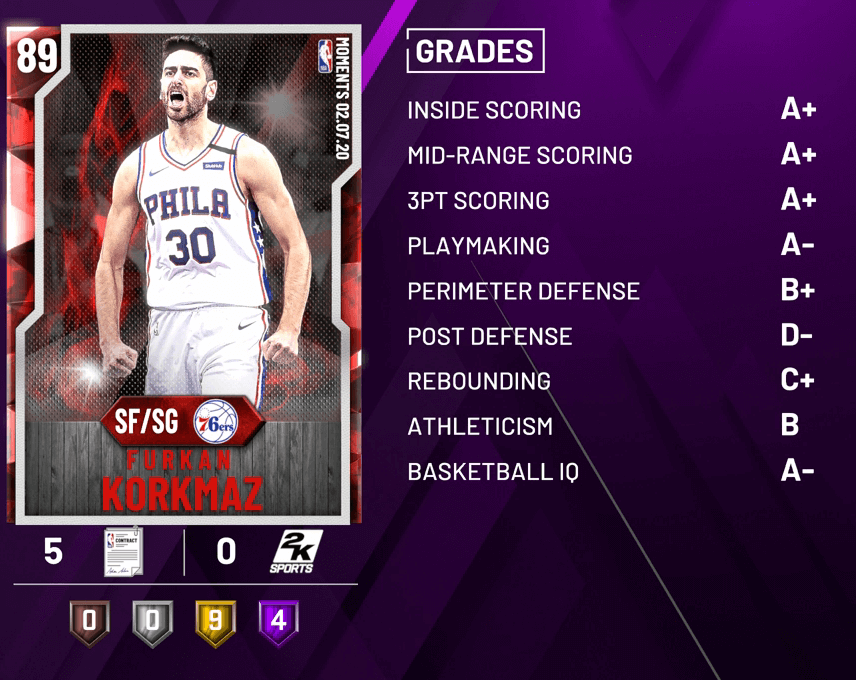 Quick Analysis: On the other hand, I loved shooting with Korkmaz last year. He’s also a 6-foot-7 player who is eligible at SG, so that’s a nice perk. This is also his first upgraded card, so I will need to figure out if the shot is still money this year. His 4 HOF badges include Range Extender, and he also has zero defensive badges.

You can see the new cards at MTDB for now. 2KMTCentral has not been updated as of yet, and that’s normal when there’s a massive content drop like Series 2 as their updates a take a little more time.