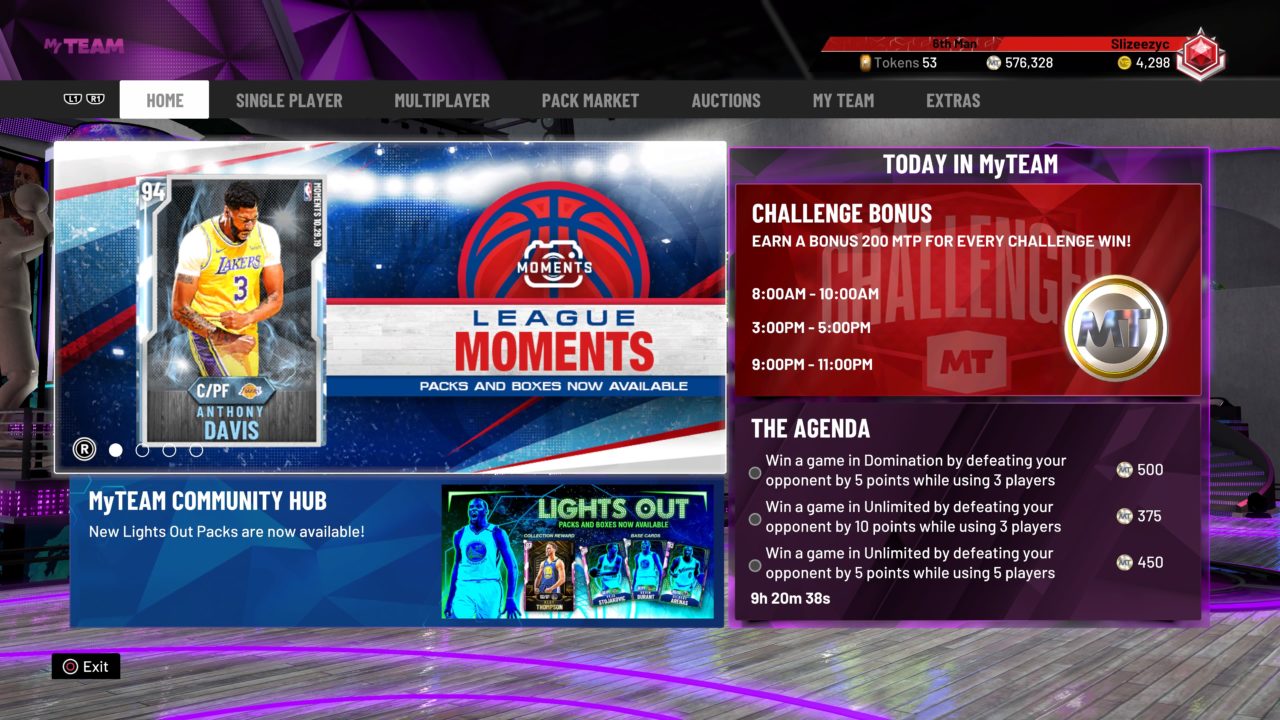 It was a light schedule in the NBA last night, with the biggest stat line coming from Anthony Davis in a blowout win against Memphis. He put up a 40-20 line last night in three quarters on 7-17 shooting while going 26-27 from the FT line.

🔥 Best believe we got an AD moments card today. This man put up 2K numbers last night. 40 & 20 in only 3 quarters 🤯 Available until Saturday at 12pm PT pic.twitter.com/96crUuuWMm

Having watched the game, it wasn’t the most impressive 40-20 game you’ll ever see, but it still shows once again that AD is capable of putting up big numbers in a hurry. That being said, the card reflects my feeling about the 40-20 game as it’s not really an amazing diamond. The block rating is only 80, it doesn’t have many must-have badges, and it’s fair to say we’re probably going to get a better AD Moments card at some point. This card will also likely be overpriced in the short term factoring in Lakers fans, AD being a fan-favorite player in the game and it being a diamond with multi-position versatility.

Otherwise we did not get any new content, but some players we can start tracking for the Week 2 Moments are Tyler Herro, Ja Morant and John Collins.