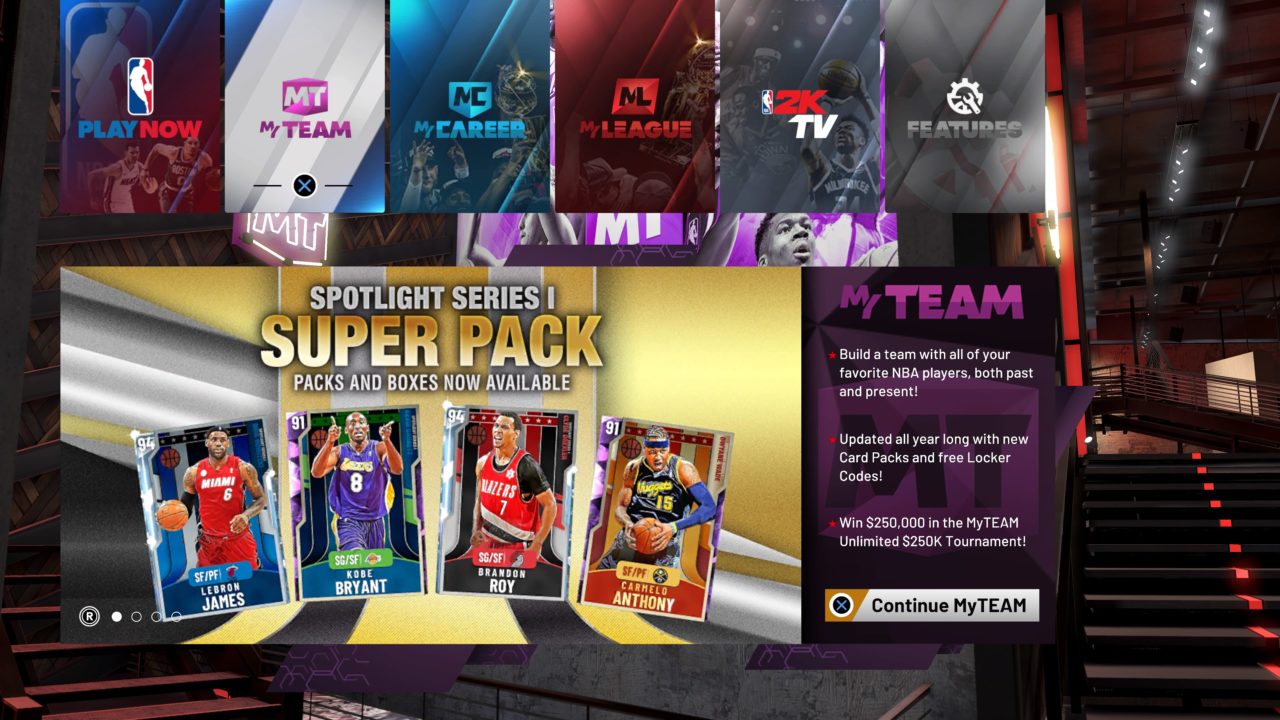 Today is a bit of the bad side of MyTeam with a deceiving MyTeam pack and one really weak Moments Challenge. 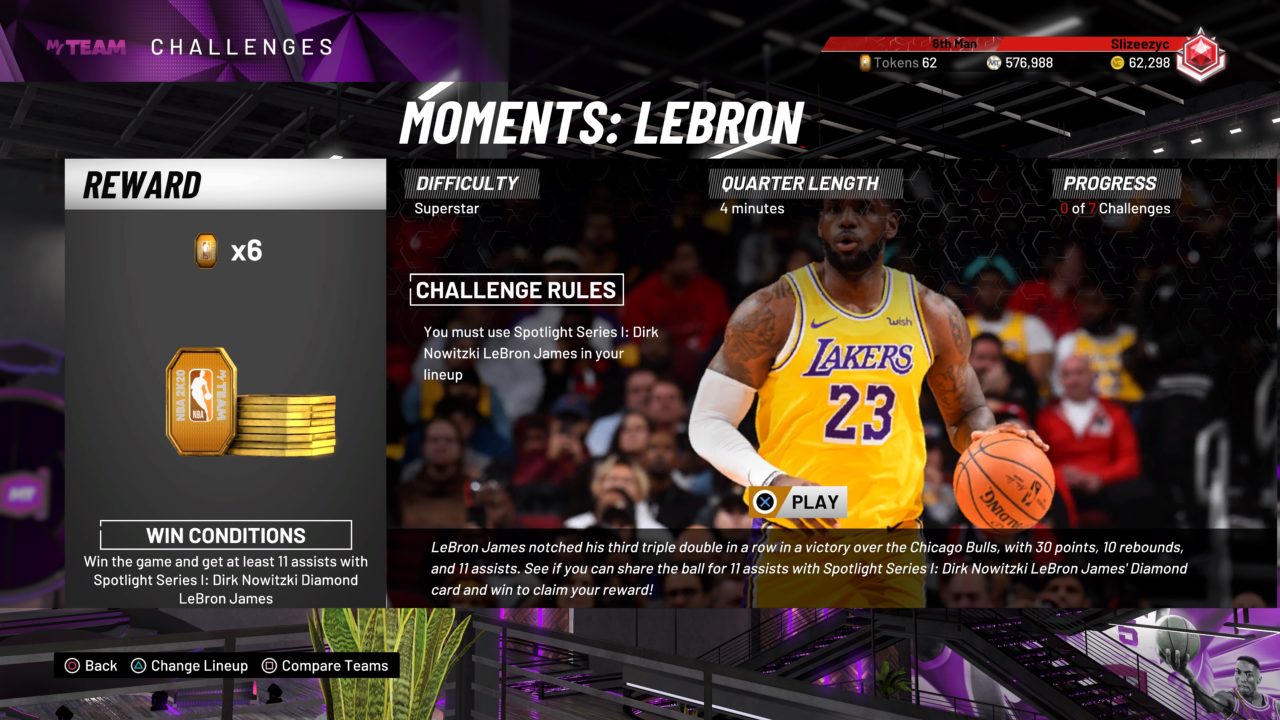 Yesterday I said I was more or less okay with the Brandon Ingram challenge because you were just using an amethyst card that had cratered in value. The idea was that maybe these challenges would help a bit with sustaining the value of certain cards. That being said, even a Deluxe Heat Check pack was not some crazy reward. Today, we went further in the wrong direction with the diamond Spotlight Series LeBron being needed for a 6 token challenge.

Again, it’s not really the challenge itself that’s the problem, it’s more just this isn’t going to be enough incentive to splurge on a diamond LeBron. So really all this does is make those who locked in the Dirk Spotlight or people who were going to keep the LeBron either way get a little extra bonus. This isn’t a negative on its own, but it does make the challenge seem silly if you don’t already own the player because you will never do it for 6 tokens. 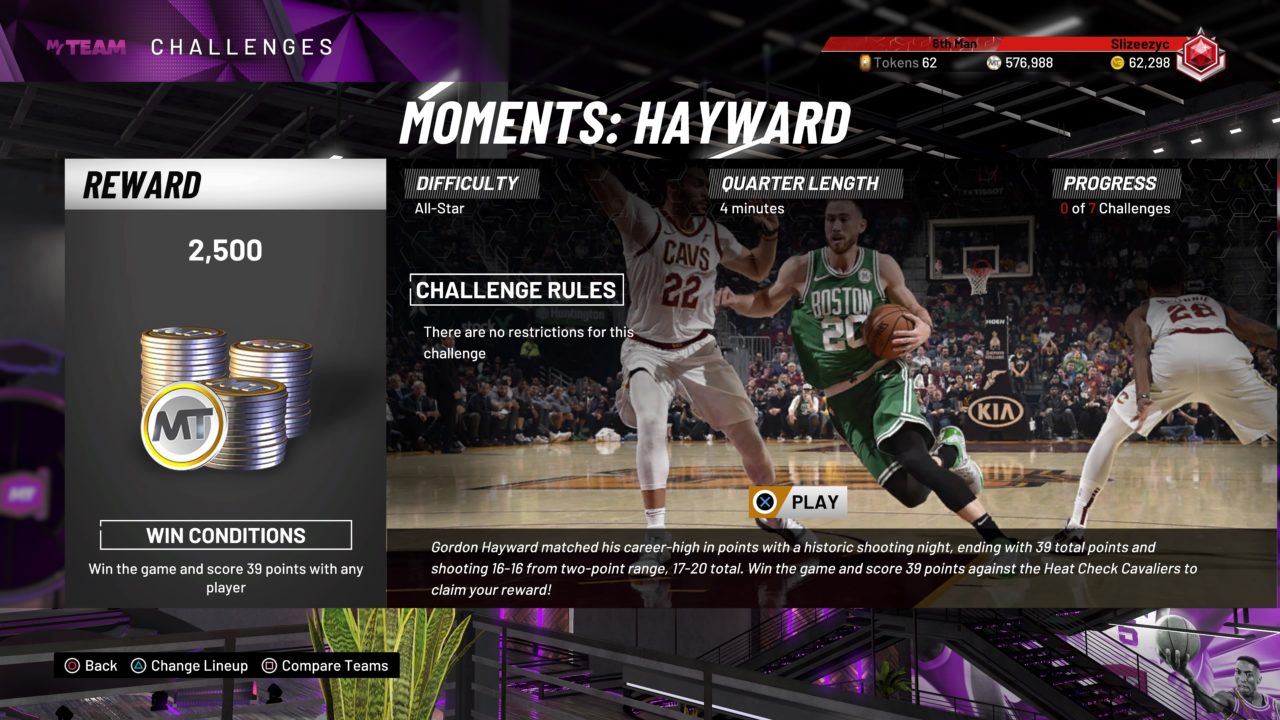 The other Moments Challenge involves Gordon Hayward’s big night against the Cavaliers. You need to score 39 points with any player on All-Star to get 2,500 MT. Side note, last night’s NBA slate of games was really fun. It was a bunch of terrible and uninteresting matchups on paper, but the games were incredibly wild. 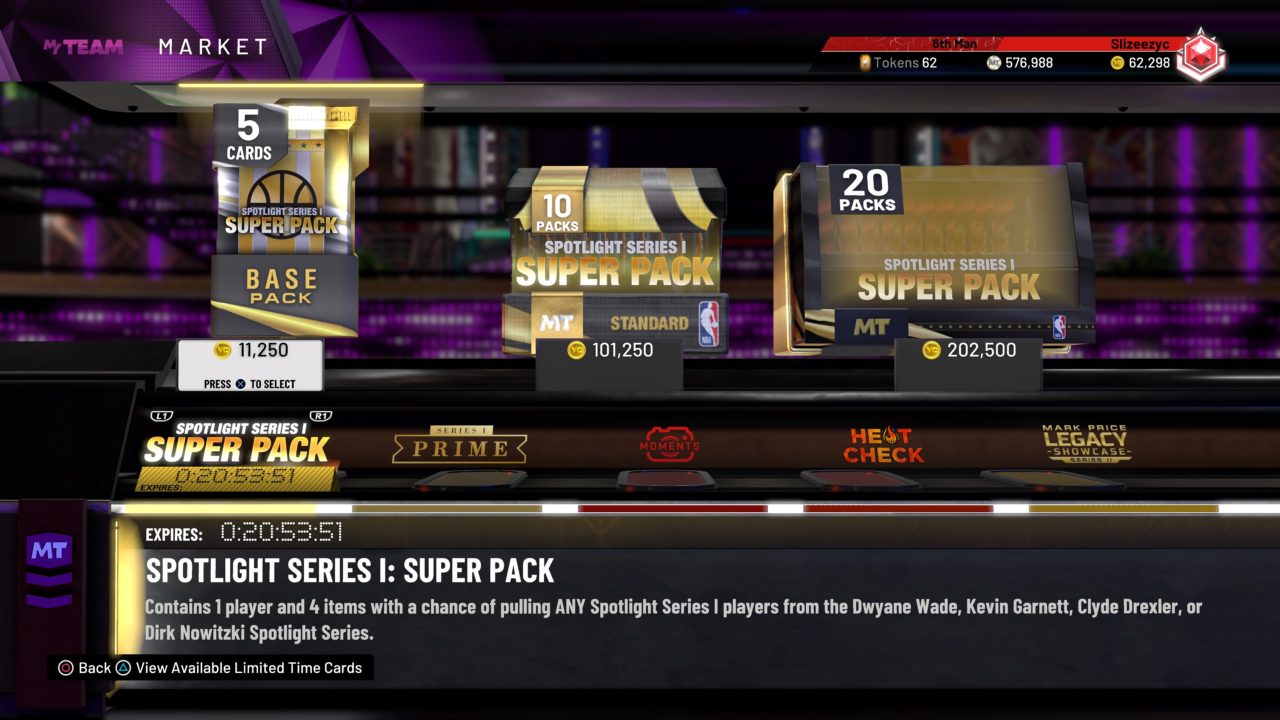 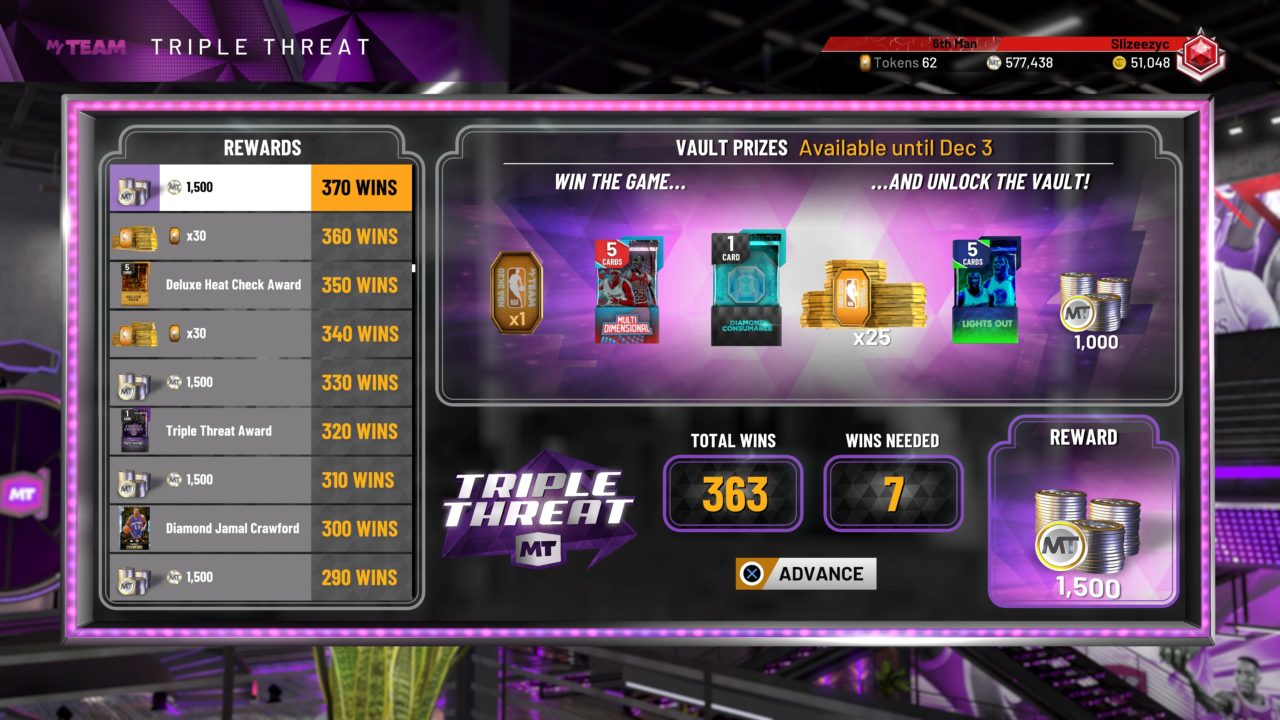 Lastly, the Triple Threat offline rewards were refreshed a day or two back. Now we have two solid packs, 25 tokens, 1,000 MT and a diamond consumable being possible rewards if you open the vault. This seems like a nice round of items. Yes, you’ll probably usually just get one token, but this has more upside than the last two rounds of items.