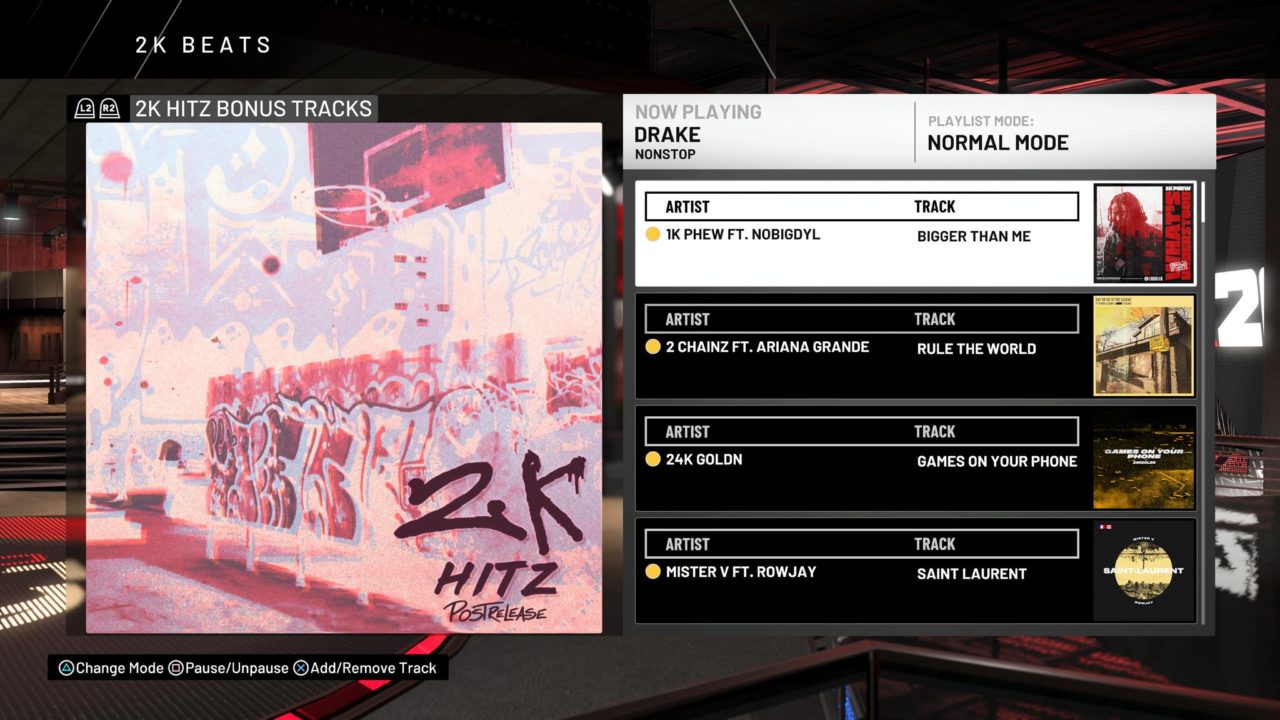 NBA 2K20 has updated their dynamic soundtrack today with songs from Drake, 2 Chainz, Gang Starr and more. It also includes songs that were submitted to the UnitedMasters app. They launched a global search for new artists, with original music to be added to the game, earlier this year.

You can check out the songs in NBA 2K20 by going into Features, 2K Beats and browsing to the 2K Hitz Bonus Tracks. You can also listen on Spotify, or the embed below.