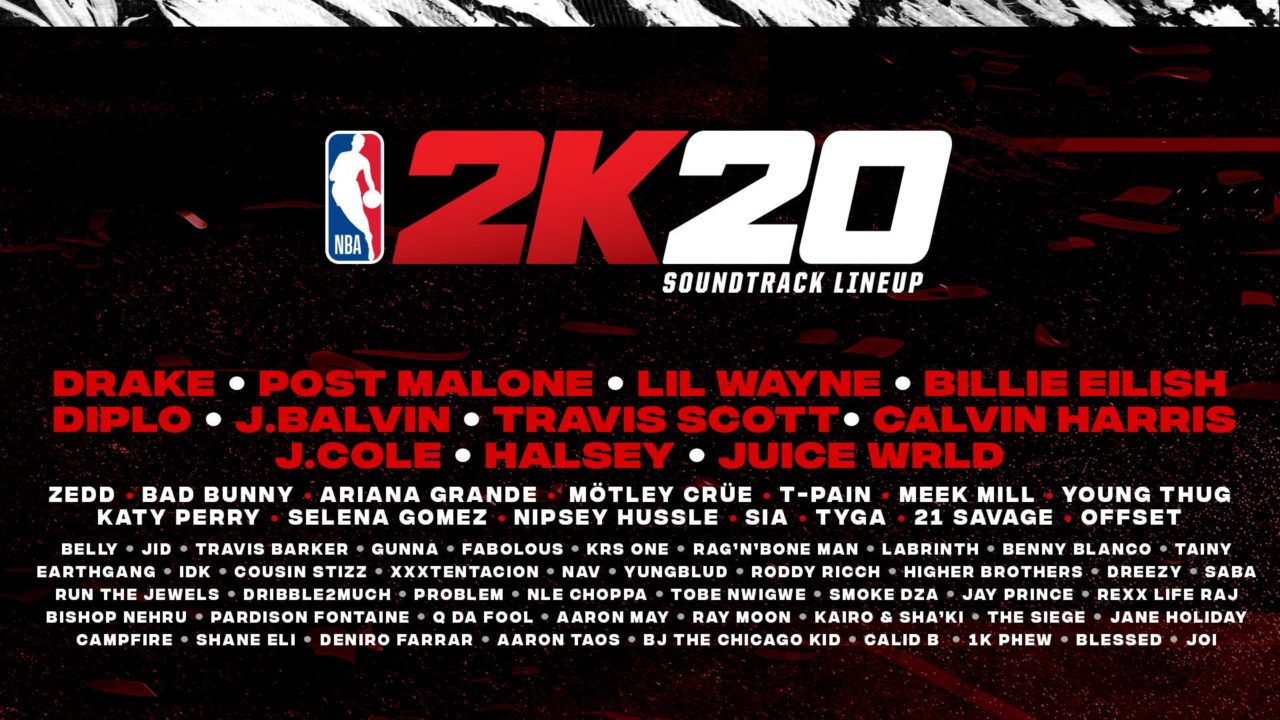 2K has revealed the NBA 2K20 soundtrack and for the first time ever, they will add more tracks throughout the NBA season.

You can listen to the NBA 2K20 soundtrack now on Spotify, or in the embed below.

Here’s a quote from Brian Mazique, in his most recent Forbes article, as he details how UnitedMasters, a new industry alternative for independent artists, will be hosting a global search for new artists…

Alongside the release of the soundtrack, UnitedMasters is launching a global search for new artists with original music to be added to the game. From August 1 through September 15, which is nine days after the game releases on PlayStation 4, Xbox One, Nintendo Switch and PC, artists can submit their tracks on the UnitedMasters app.

The songs will be evaluated by Stoute, 2K and a celebrity judging panel. That panel will select the 10 best tracks to be added to the soundtrack at a later date.