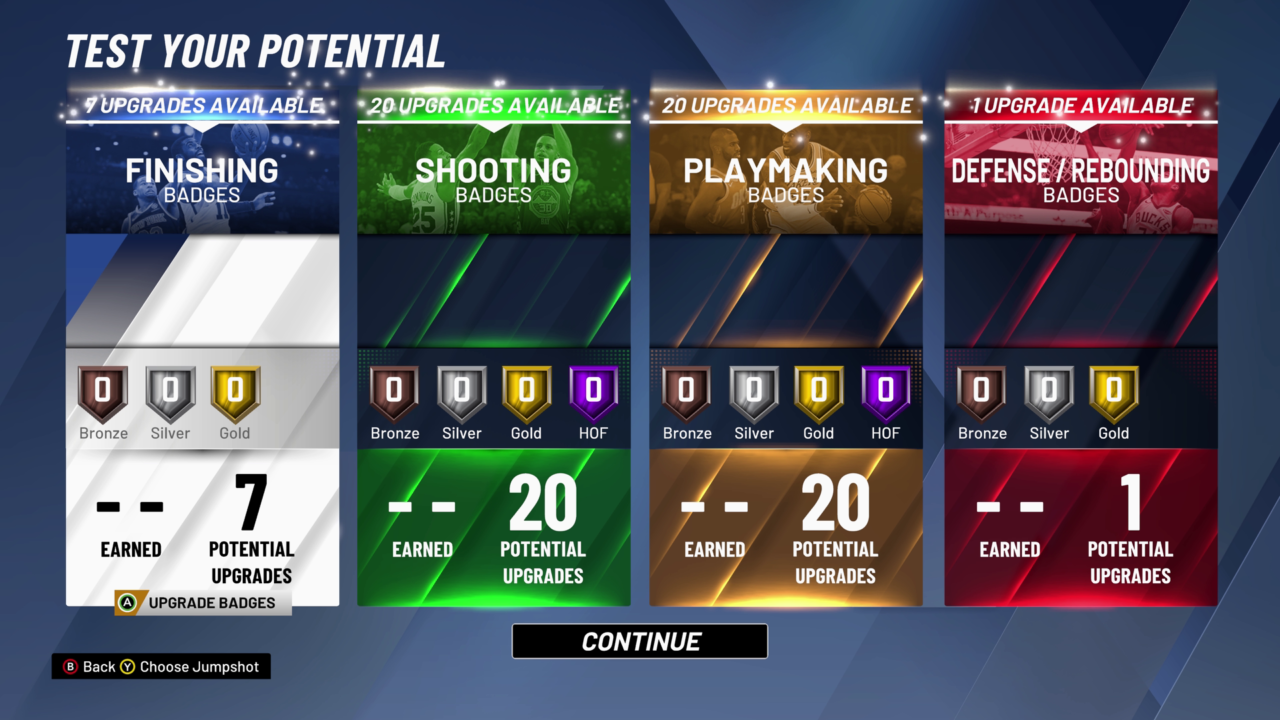 I had the chance to attend the NBA 2K20 Community Day event in Los Angeles on August 15. I got to play NBA 2K20’s MyCareer, MyGM, a few quick games as well as 2KU. I’m going to go over some of the talking points the developers covered, and I’ll break down the ones I got to experience while playing the game.

As Real as it Gets

“NBA 2K20 pushes the boundaries of basketball simulation further than ever, evolving on the motion engine system that was introduced in the last game.”

“Take complete control of your offense with the next evolution of the Pro Stick. Chose how and where to gather on a drive before branching into limitless in-air finishes to evade the defense.” 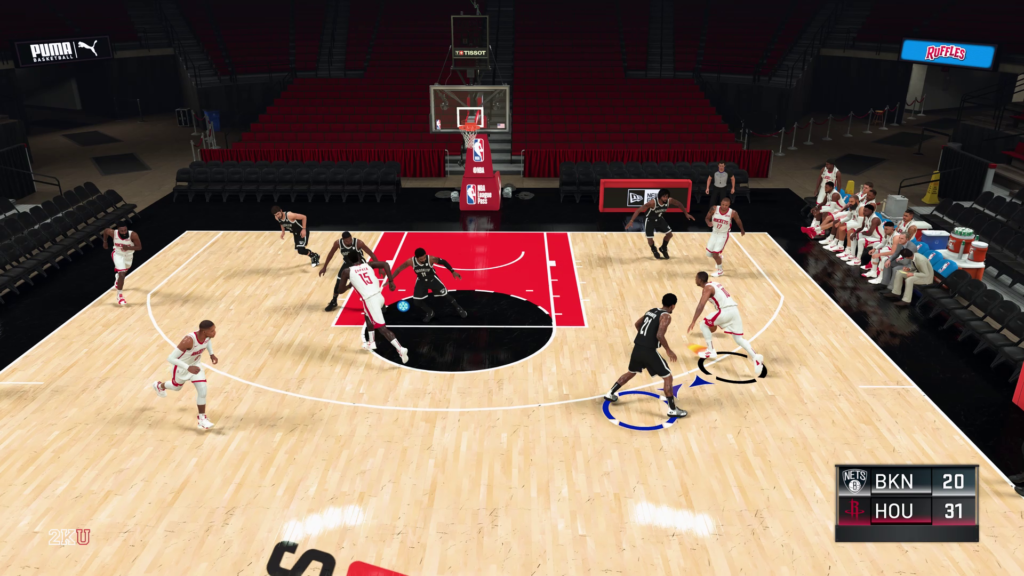 “Execute seamless pick and rolls, rub off screens, perform quick flare cuts, and battle your way into the paint with the most realistic off-ball collision and interaction mechanics in 2K history.”

“Evade the defense with the new dribble size-up system, unleashing your creativity by building custom dribble sequences on the fly.”

“Defensive control is in your hands with the new Read and React defensive counter system. An indicator suggests when to shift, cutoff, and steal, but it’s up to you to read, react and make the stop.”

The focus of this event was more on the MyPlayer Builder, so I didn’t have a ton of in-game time. Scott O’Gallagher, gameplay producer for the NBA 2K series, sat with me and another attendee to talk to us briefly about some of the new changes mentioned above, and show us some of the dribbling and other changes that most might not notice in NBA 2K20. One thing I noticed instantly after the first defensive rebound picked up by the CPU was that my team got back on defense, filled in lanes and picked up players correctly. One of my biggest issues with NBA 2K, especially 2K19, was the fact that fast breaks happened far too often and your computer teammates would never get back on defense or pick up players breaking out to attack the basket. It was definitely exciting to see this executed so well in the build of NBA 2K20 that we were playing. Scott explained that the whole system for this was essentially broken down and rewritten to ensure that this functionality worked properly this year.

The pace of the game was noticeably slowed down and was not as feverish as some might be used to. I also found this refreshing, as the pace of the game has definitely ticked up in real life, but it’s still not the speed you generally see in NBA 2K19. Dribbling and dribble moves can now be executed with both the left and right sticks. For the dribble gods, you can still go crazy with the right stick, but for players like myself who really try to go with more calculated dribble movement and separate from my defender when need be, the left stick was more than adequate to get the job done. Combining the left and right stick together to pull off moves definitely allows for more exuberant dribble moves should the ball handler be capable of doing them.

Players seem different in terms of how they play and move, and I noticed this in the game almost immediately. Going through scrimmage mode in 2KU, Scott showed me how Ben Simmons and LeBron James moved, gathered speed and built up dribbles at a more powerful and slower pace than James Harden or Kyrie Irving. It was cool to see players like Magic Johnson dribbling true to life with his off hand out in front of him to protect the ball, or making Kyrie Irving move the ball effortlessly in the silky smooth manner we’re used to seeing him do in real life.

Defense felt more rewarding but also required more intuitive control over your player. Blow-by animations and moves appear to be back in more steady doses. For example, quick first steps by the ball handler (some with the badge of the same name) flew right by me if I miscalculated the direction they were dribbling towards. Putting myself in the correct defensive position to counter this was kind of a struggle at first, but I quickly picked up on the indicators under my player and the mistakes I was making myself to adjust accordingly. Stealing the ball was also quite rewarding, and while I didn’t rip the ball every time, when I positioned myself properly in front of my opponent and timed my steal attempt I did come up with the ball on more than one occasion.

When the Lights Are Brightest

“Put your career on the line to stand up for what you believe in. Executive produced by LeBron James and SpringHill Entertainment, this year’s MyCareer features topical storylines that hit on current social issues. Live the life of an NBA prospect on a quest for gold both on and off the court, with your path to stardom firmly in your hands.” 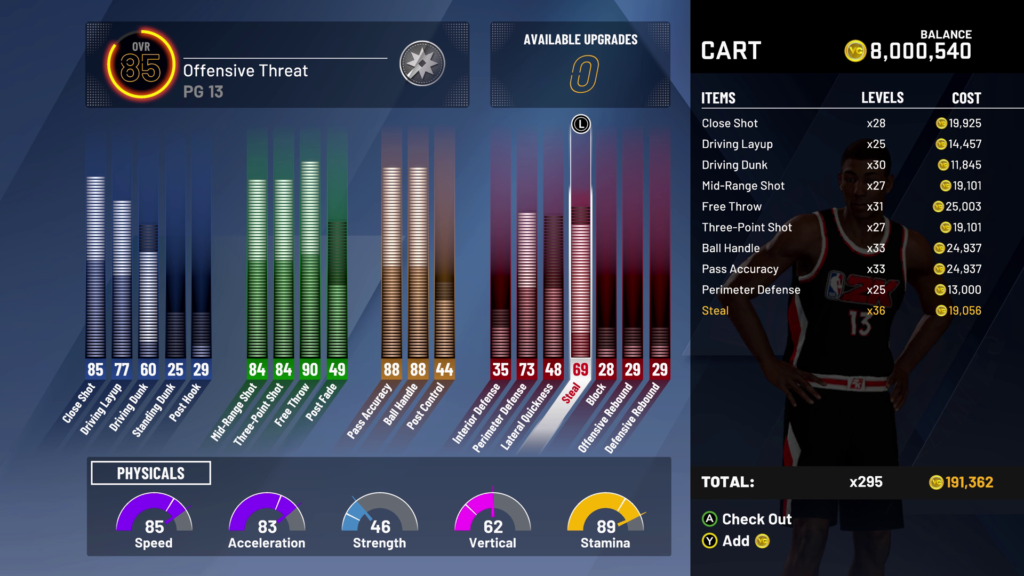 “Up-and-coming visionary Sheldon Candis directs the most visually stunning MyCareer cinematic experience to date. A star-studded cast including Idris Elba, Rosario Dawson, and NBA all-stars past and present bring the journey to life in a completely new and immersive way.” 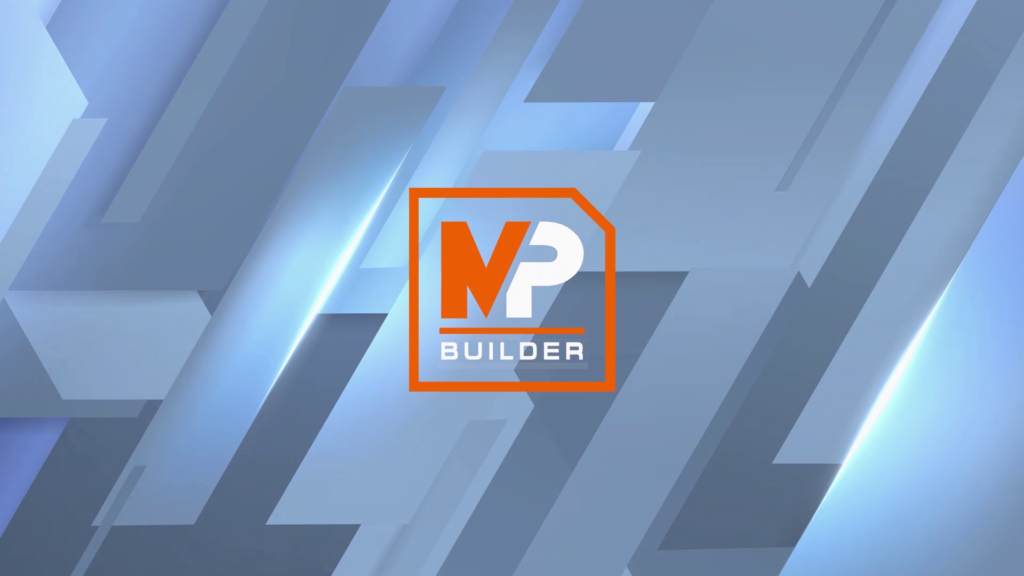 “More control than ever before. The new MyPlayer Builder allows you to make decisions on every aspect of your MyPlayer’s potential, including choosing your own Takeover. With over 100 archetypes and 50 new badges, the combinations are nearly endless.”

“The new, much faster MyPlayer progression system allows you to modify your badges while you work to reach your full potential. Once you hit a 95 overall rating, everything changes. Will you stay at 95 OVR, or are you goo and consistent enough to play with the elites at 99?”

I played through the first hour of MyCareer, and the story was surprisingly fresh and interesting. My only issue I had was the fact that within that hour, I probably played only about 15 minutes of basketball on-court. There were more cutscenes than gameplay here and that kind of irked me (you can skip them). That being said, seeing my character take a stand for what was right, and sticking to his morals and having a “brotherhood” attitude was surprising, yet something I could relate to. Based on what I experienced, it appears that you’ll once again have to work your way back to the NBA, which is a narrative we’ve seen over the last few iterations of MyCareer.

I lived in the MyPlayer Builder for a good bit of the time, and it is actually very good. This was an unexpected addition to NBA 2K20 and the consensus I got from most of the people I talked to was that the “builder” was easily the best feature added to the game based on what we got to see. Taking the time to try and figure out the right build and having what seems like unlimited options to build your player how you want was a fantastic move by the 2K team, right down to getting to choose your Takeover. One thing to note that I was personally happy to hear was that certain dribble packages, dunks and other items that were abused in NBA 2K19 are now locked based on your player’s position, height and weight.

“New skill tress, a revamped relationship system, simulator customization, revised scouting and more. In MyGM 2.0, gone are the days of simulating to the end of the season. Every day matters, with daily actions required to help your team win championships and build for the future.”

I wish I had more to say here, but my time was very brief (and even if I had more time, it’s hard to really dig into these sorts of modes in this environment). Be that as it may, the skill tree for your GM character looks to be an interesting new touch. The inclusion of Action Points (AP) should also make people be more calculated in how they run their team.

What are you looking forward to most in NBA 2K20? Will you spend a lot of time using the MyPlayer Builder in the demo or will you delve into gameplay? Let us know in the comments below.