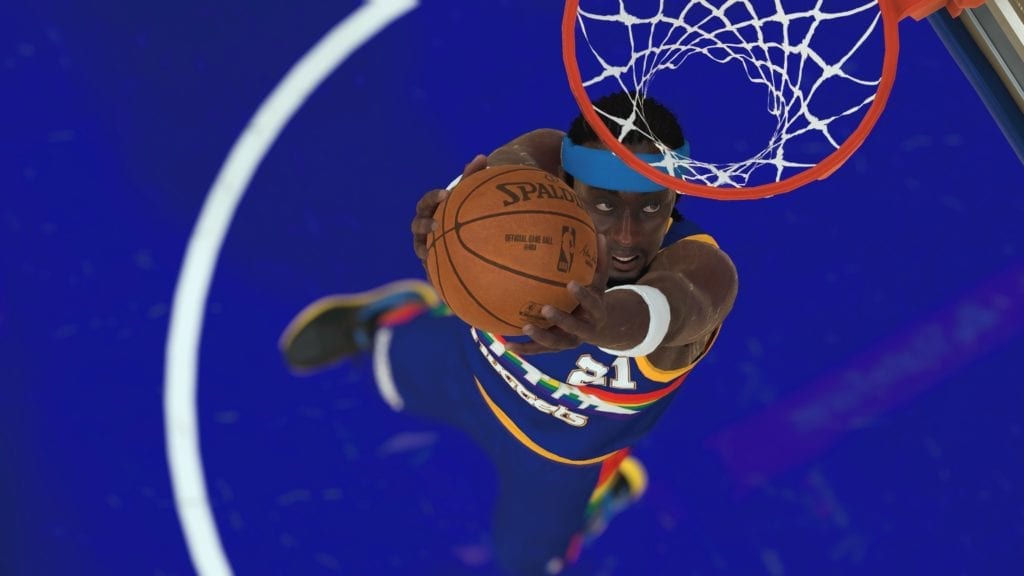 So as I mentioned last time, after the High Voltage premium release I haven’t been particularly excited by any of the recent content 2K has dropped. Sure, I’d take a diamond LeBron if it magically appeared on my roster, but since I’m trying to avoid spending a bunch of money on packs, I’m looking for a card special enough to inspire an epic grind for MT.

What, then, would get me that excited? Like, Moses Malone excited?

Glad you asked. I’m going to throw out three cards I’d like to ultimately see in MyTeam, and as an added bonus, I’ll mention three cards I currently have that I’ve fallen in love with. Okay, here we go.

Here is a double-bonus category with things I don’t want to see any more of:

I did use the market crash to (finally) pick up a diamond Mashburn that someone dumped for 85K, which hopefully ends up being a good deal. Mash’s previous owner probably got a diamond LeBron, and in his/her glee decided to cut bait. I’m excited to try Jamal out, but am afraid to play a game in case it crashes again. (See #2 directly above.)

So in addition to auditioning Jamal, over the next week I’m going to keep my eyes peeled for good deals, and try to keep my wallet closed because I wouldn’t be surprised if 2K drops more content this holiday weekend. Have fun and Happy Thanksgiving everyone.

Sliders: The Good, the Bad and the Ugly
10 Things That Should Become The Norm For All Card Collecting Modes