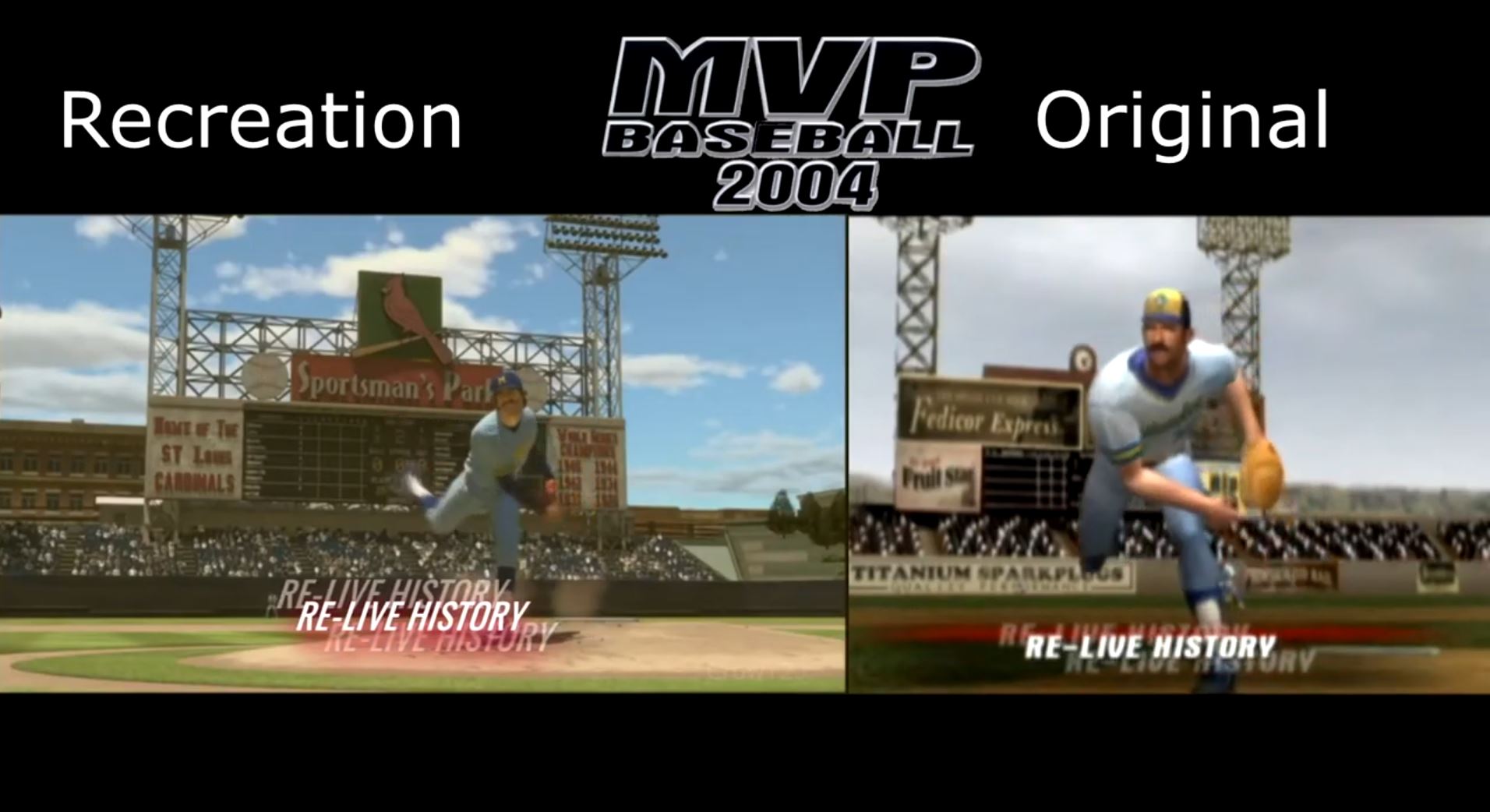 Yes, more of this please! I love trailers and love retro sports games, so this MVP Baseball 2004 intro re-created in MLB The Show 20 by CrowT23 is the ultimate catnip for me.

CrowT23 mentions the difficulties that came from re-making this trailer in MLB The Show 20 were more in the form of breaking up double plays and robbing home runs rather than just putting certain players or teams on the field. He overcame those obstacles using player lock and utilizing idle animations that The Show uses after you’re no longer in control when a play ends. You can see this in the way the managers or captured in the dugouts or how he has to mimic a bench-clearing brawl in The Show.

This is not the first time CrowT23 has done one of these trailers either, he last re-created the MVP Baseball 05 intro in MLB The Show 18:

What makes the ’04 trailer even better is of course using the original music. Somewhere along the way the music in sports games started to feel less important, but for as much as we talk about things like the Tony Hawk soundtrack molding that experience — and why it was so important to have those songs in the remake — the same is true for a lot of sports games throughout history. You grow to love certain tracks or despise others as you sit in franchise menus for hours on end, and they’re a great time capsule for both where you were in life at the time and the music scene as a whole.

So while “Get It To Go” is not a song I’ve thought about in years, I was immediately transported back to the days of the “left-handed hitter glitch” and yet still overcoming it and putting 50-plus home runs into the PNC Park seats with Randall Simon after hearing it.

Anyway, support CrowT23 and either hit him up on YouTube or head to the Reddit thread to give some kudos.

Conquest Extreme Guide in MLB The Show 20, Courtesy CBrev
Run It Back Conquest Map, Showdown and Packs Another Win for Single-Player Fans