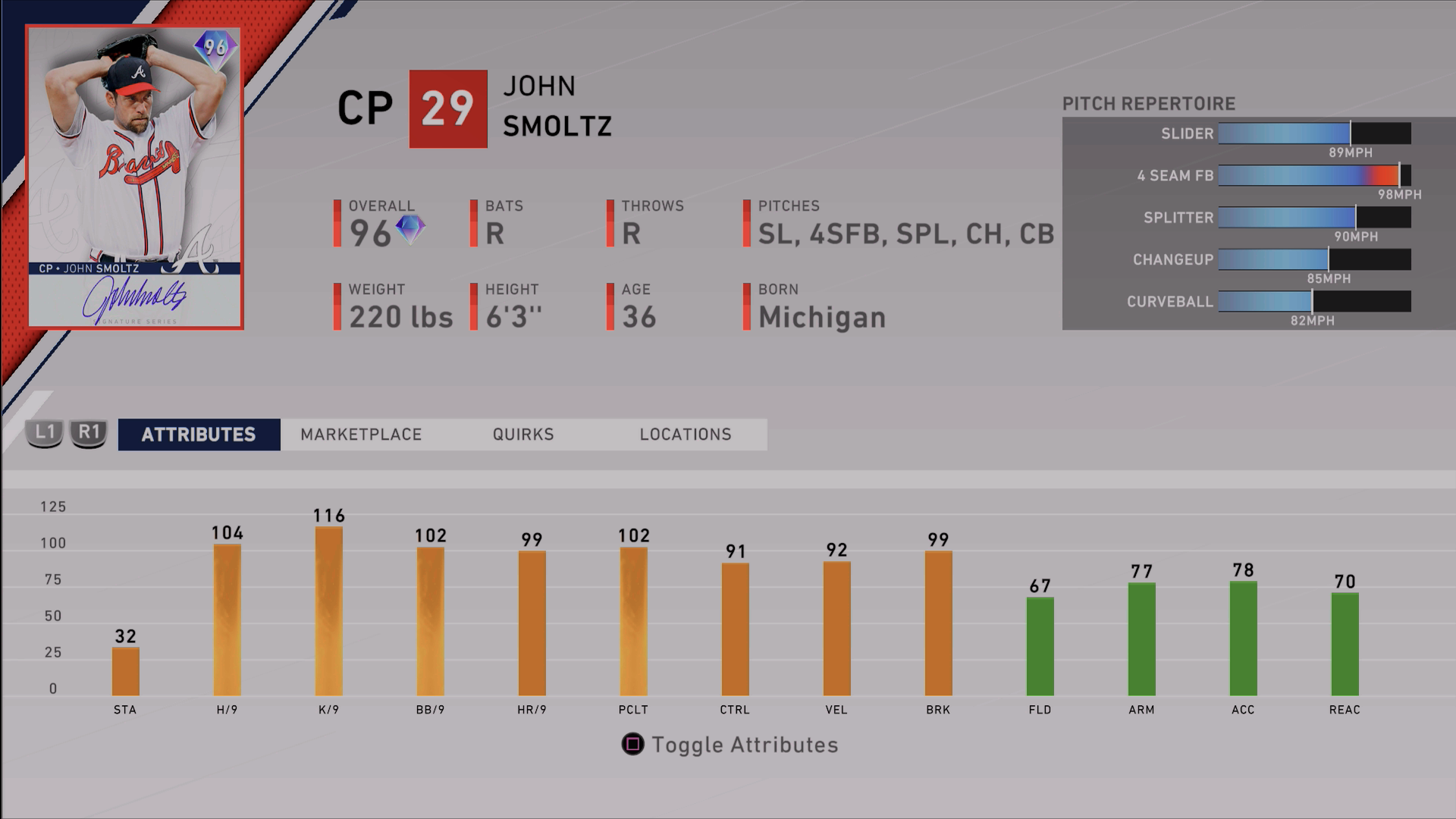 This is the fourth version of John Smoltz we have received, and the second closer version. If you have not played with the 99 overall Face of the Franchise version as of yet, this Signature Series John Smoltz has the same pitch mix — he got a fifth pitch, the curveball in these two versions. His first closer version does not have a curveball, and his first starter version has a circle change rather than the straight change. His slider remains his primary pitch, and his fastball ramps up to 98-plus mph. He has 104 H/9, 116 K/9 and 102 BB/9.

Top-end relievers are expensive this year because most of the best ones have come in rare packs, Battle Royale, or the Mo Rivera from the inning program. Smoltz should be a little more affordable (below 65K) but still won’t come cheap.

Here is a look at his ratings: 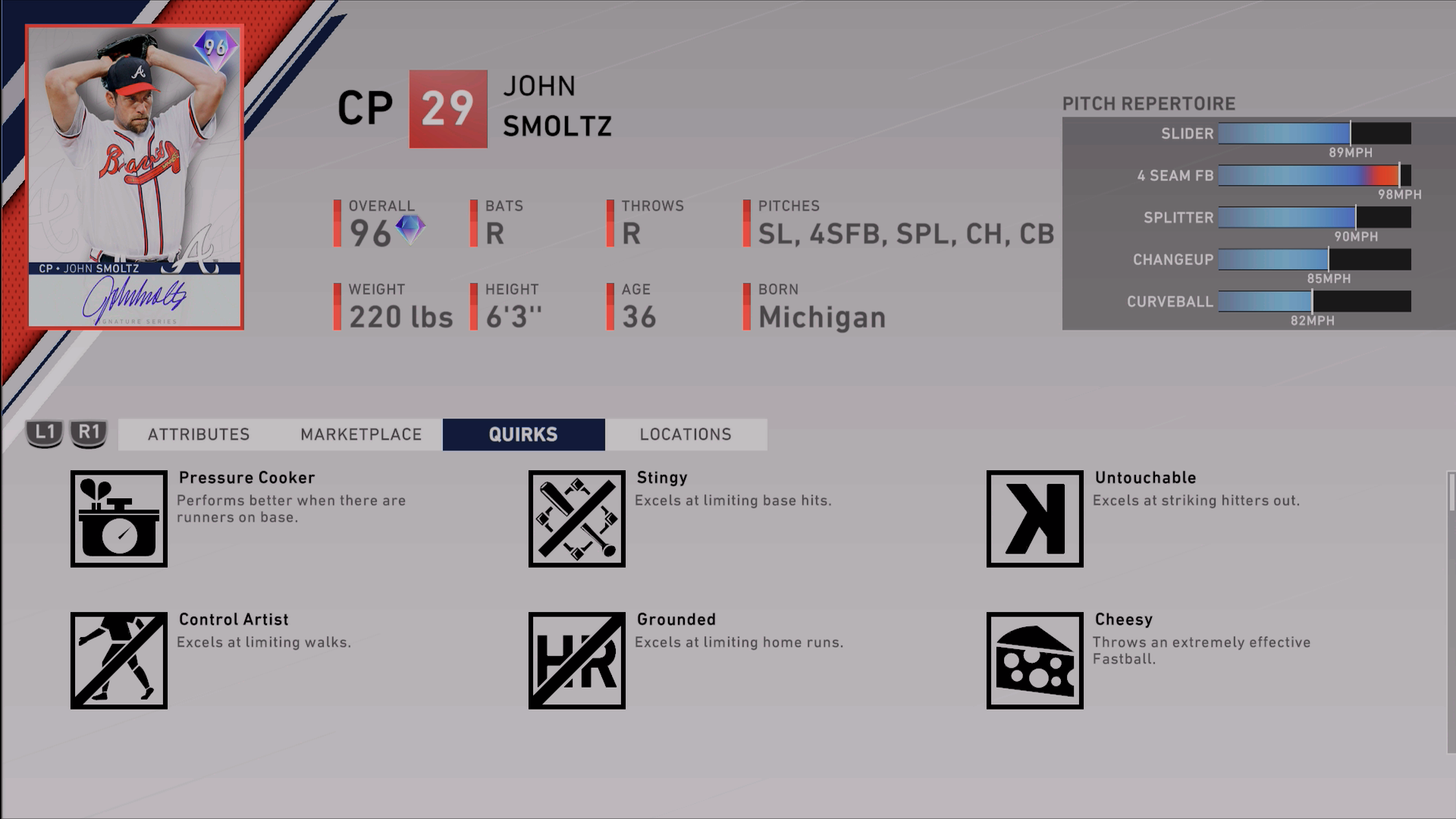 The odds on the Headliners packs remain the same as always, so good luck if you try getting him in packs as you’ll have a 1:10 chance at a diamond, albeit that diamond might not be Signature Series John Smoltz.