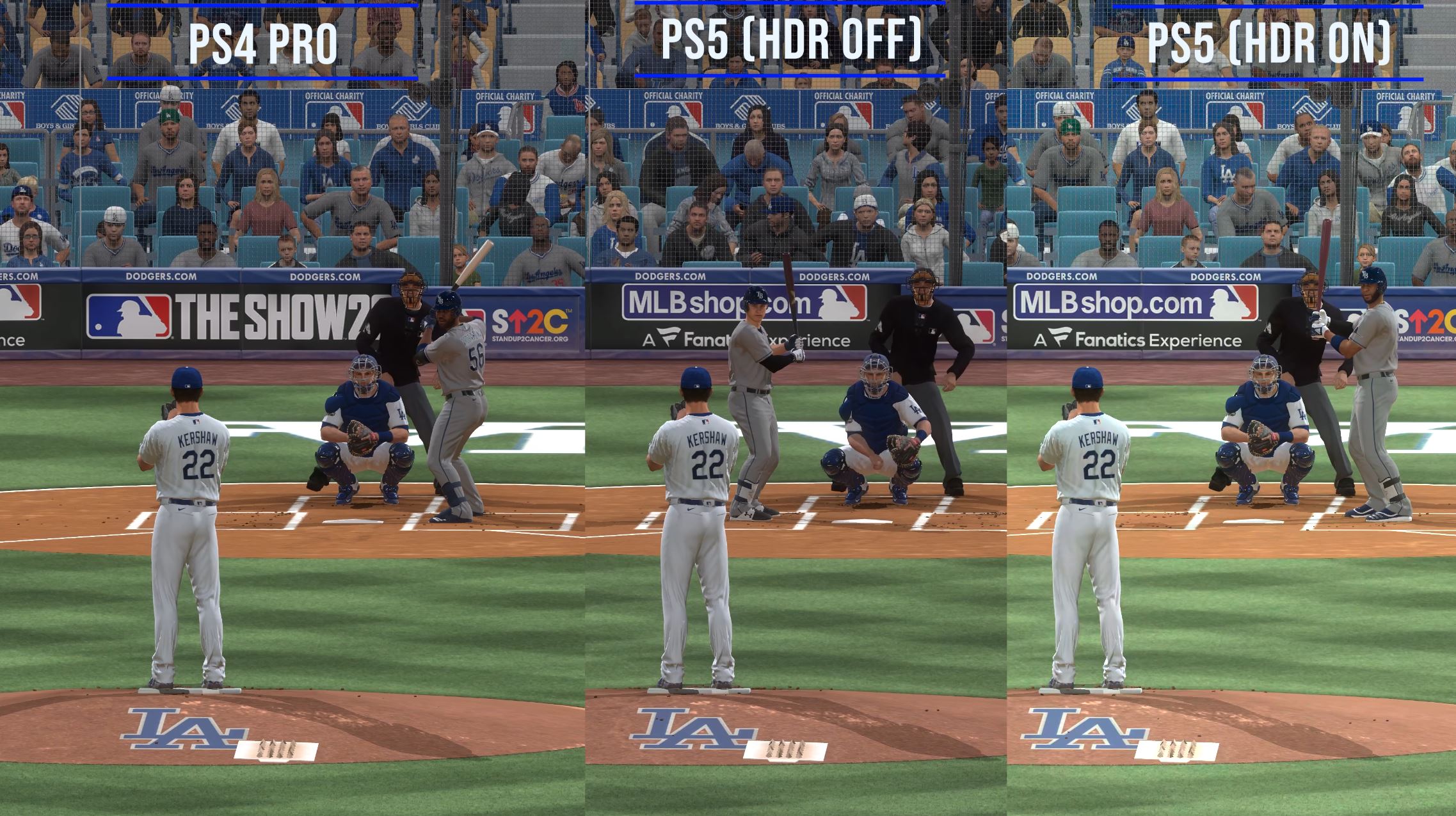 We did our NBA 2K21 next-gen graphical comparison yesterday, but one other sports game that has had some buzz to it was MLB The Show 20. Even though it’s not “next gen” yet, The Show has received some performance and load time boosts on the PS5. Our buddy Samit Sarkar over at Polygon showed this off in a 4K full-game video that showcased the HDR, improved load times and 60 FPS upgrades on the PS5. Our MLB The Show 20 graphics comparison sets out to do a couple very basic things to fill in the gaps remaining.

In this brief comparison, we put all three versions of the game side by side to show off how The Show looks on the 2160p (“sharper”) setting. We did this because we wanted to show how noticeable it is for the PS4 Pro to struggle to even consistently hit 30 FPS on this highest graphical setting. Anyone who has played a lot of The Show usually will avoid this setting because the graphical punch just is not worth the performance hit. Most people instead go with the “balanced” or “faster” graphical settings, which bring the game’s visuals down but lock in better frame rates.

Well, now you don’t need to make that choice, and you can see the clear difference in FPS here, as well as just seeing how the game looks on the PS5 with HDR on and off as a little bonus.