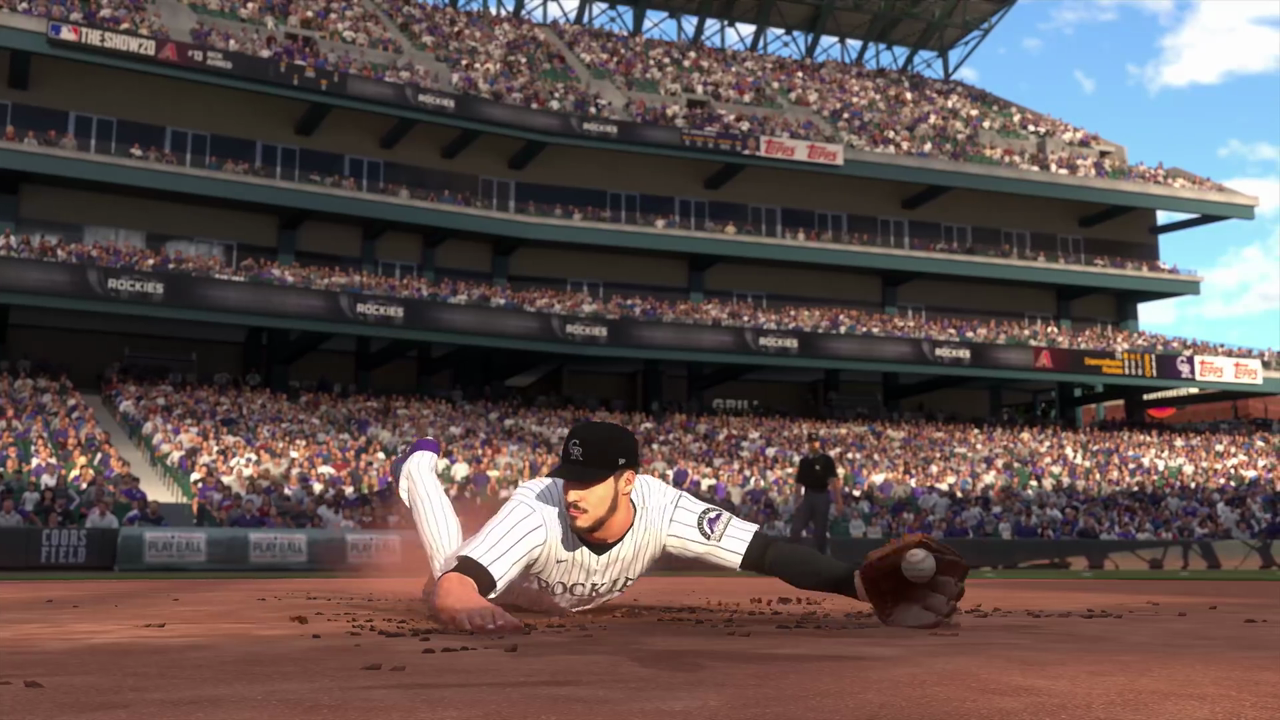 If what we watched today on the Sony San Diego stream holds up, it seems the feel on defense is going to be much different this year. Defensively, developers felt the game was “getting too predictable in certain situations” and wanted to bring a “new level of risk and reward” to players in different circumstances. Baserunning had also gotten stale, something developers also recognized.

So MLB The Show 20 is going to try to highlight the extraordinary plays and ensure players weigh the pros and cons of employing different players and their actions across the diamond.

Baserunning Changes And How They Interact With Defenders

There was an emphasis this year on allowing players to score from second base on base hits to the outfield. Developers wanted the user/runners to be able to get more aggressive. The predictability on whether you’d be thrown out at home plate had become far too obvious.

A couple things have been added this year to ensure more variability.

In the past, it was far too easy to hit the green portion of the button accuracy meter. The green portion has now been scaled based on player skill, and sped up a good deal to make throwing from the outfield much more difficult. 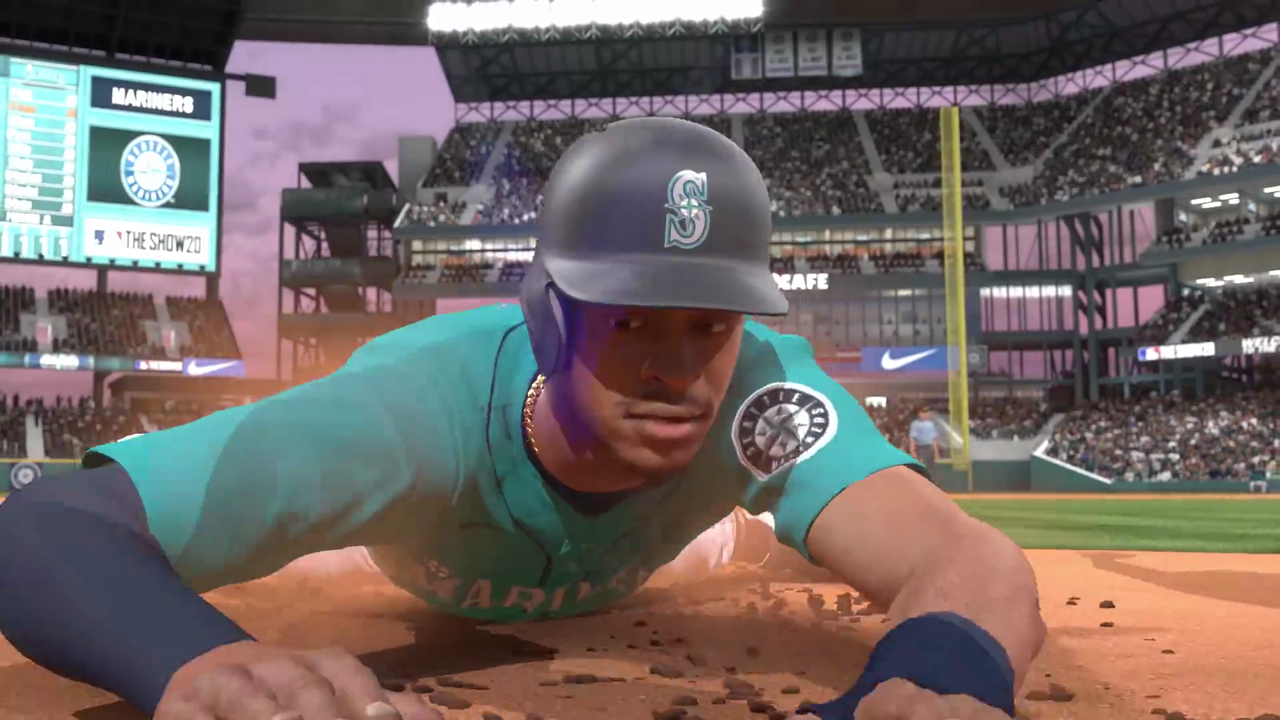 Alternatively, hitting the green region of the button accuracy meter will always provide a good throw, but not the most optimal outcome. It may be a little left, or a little right, but it’ll be on line. The catcher or cut-off may have to reach back for the ball, causing a slight delay in the transition or tag.

These principles also apply to catcher throws on stealing baserunners.

On that note, tag animations are now baked into catch animations to allow seamless tags on plays at second base and home plate. In the past, there would be a pause before attempting a tag. Gone are those days it seems, so swipe tags are here to stay.

In the outfield, player jumps will now include much greater variety.

In the past, the game featured bad jumps in the outfield. This was for players playing out of position, or sometimes for poor fielders. This season, the first-step addition to the game is completely different. There are three new first-step animations that should help allow more balls to get down for base hits. These are weighted and randomized depending on the skill of the outfielder. Combining these with bad jumps will make for greater outfield performance an variety, according to the developers. 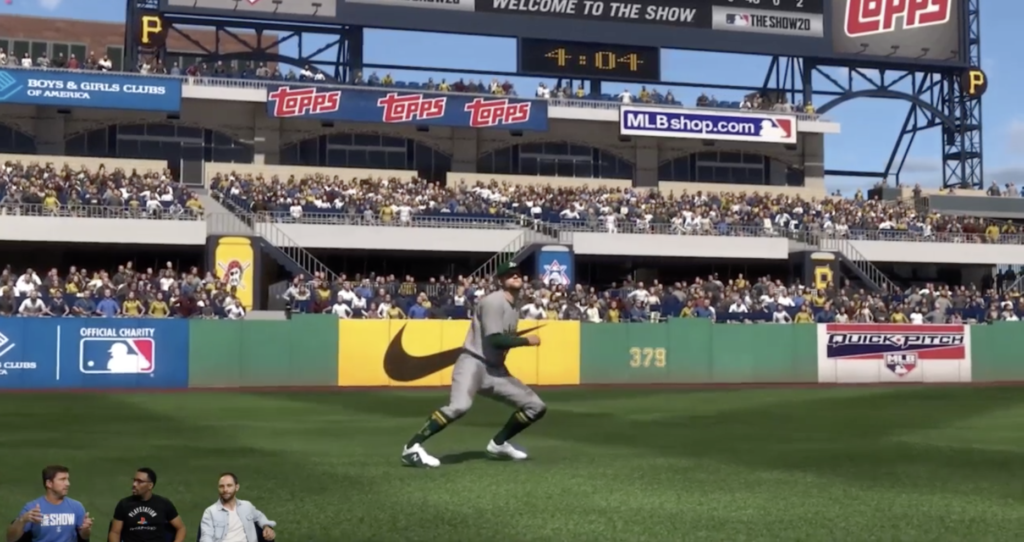 There’s several outcomes on these plays. If you choose not to dive, but continue to hold the stick toward the ball, there’s a chance you can still make a shoe-string catch. But if you take this tact, or dive for that matter, your choices could potentially lead to the ball getting by you as an outfielder. No longer is it wise to simply hold the stick full throttle toward a sinking line drive. The ball won’t always just vacuum into your glove like in past iterations of the game. 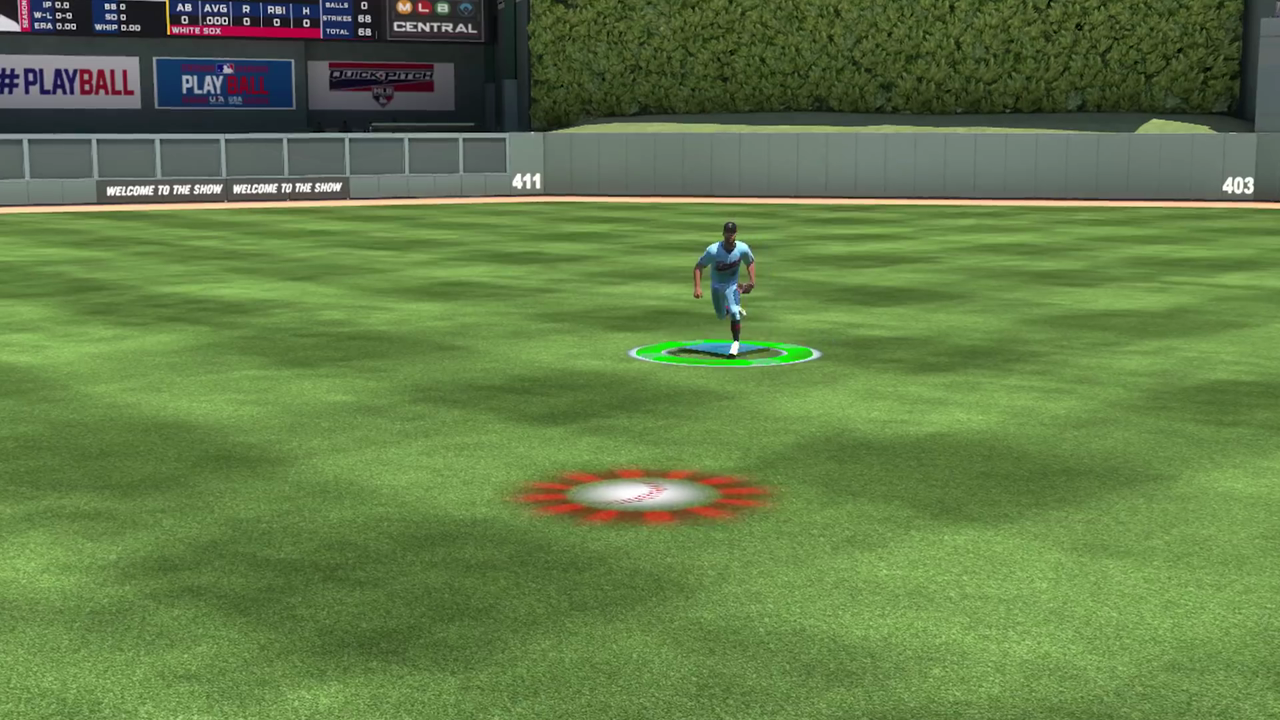 A look at the extreme catch indicator.

In MLB The Show 20, an outfielder’s aggression on a sinking line drive could turn a single into a triple for the opposition. Playing balls in the outfield will now require strategy and thought. It will require restraint with poor defenders. In other words, cutting your losses and allowing the ball to fall in for a single may be the best course of action. These outcomes will be dictated by player attributes and will only apply to sinking line drive situations.

Elsewhere, blocking has been completely reworked and will now scale based on player ratings. There’s a skill-tree of animations based on the player behind the dish. Elite blocking catchers will almost always stop a ball in the dirt, while playing someone out of position, or even a poor catcher for that matter, could result in several balls going to the backstop. 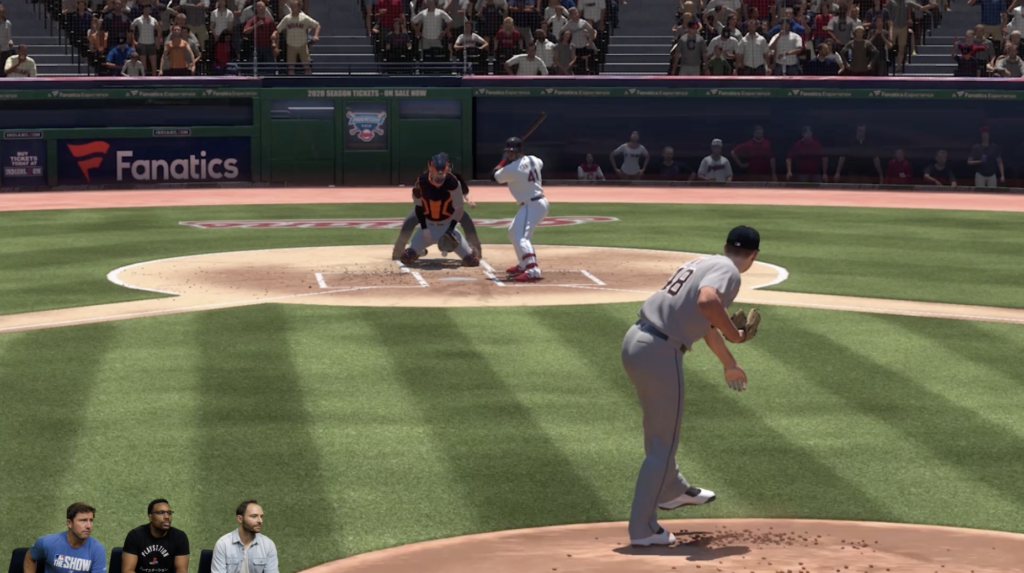 Miscellaneous Musings From Elsewhere In The Stream

Finally, from a UI perspective, R3 pre-pitch will now trigger a defensive attributes screen, showing you the strengths and weaknesses of the defense. It’s essentially a scouting report to prepare you for situations during plays such as outfielder’s arm strength and accuracy. Use this information to dictate decisions on whether to be aggressive on the bases.

Also…It would appear Tom Glavine may be coming to MLB The Show 20 as a new legend. It’s unclear if Glavine was for sure the teased player at the end of today’s stream, but we’re sure it was a Braves pitcher, and it *looked* like Glavine. It could also be Greg Maddux. We shall see…