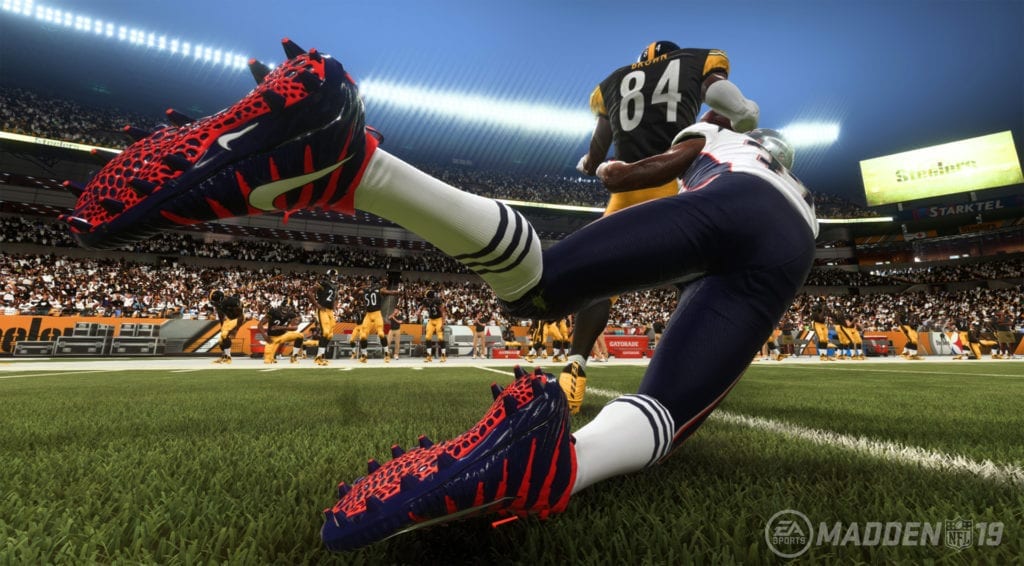 A great man once asked, “are you ready for some football!?” and to answer your question, Hank Williams Jr., oh yes, we most certainly are. The long wait since Eagles’ backup quarterback Nick Foles ended Bill Belichick and Tom Brady’s bid for another Super Bowl is over, and now EA is back once again to cater to all pigskin lovers out there with the release of Madden 19. As the inevitable questions of what’s new and how this year’s game stacks up to last year’s loom large, let’s have a look at some of the areas where Madden 19 excels, and a couple of areas where it underwhelms. 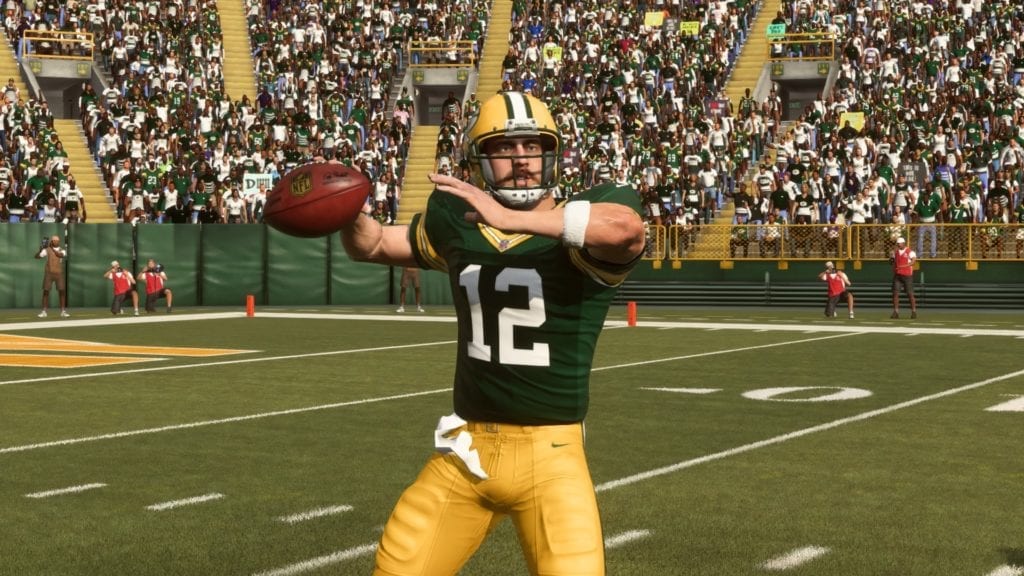 Battles for the Ball

Simply put, no catch is automatic in Madden 19. Defenders will not allow balls to be forced into tight spaces without proper resistance anymore. They are relentless now in their attempts to jump, bat, claw and do everything in their power to ensure a pass is not completed. This eliminates some of the predictability that couldn’t help but creep into last year’s passing game and makes every ball in the air a little more exciting when you’re never quite certain if your guy is going to be able to come down with it. There are even some rare instances where these battles may even stretch the limits of the NFL’s confusing rules on what constitutes a catch. Defenders will sometimes rip the ball out of a receiver’s grasp, and the pass will be deemed incomplete even though it appeared as if the receiver had secured the catch long enough to call any loss of possession at that point a fumble. Regardless, those gray areas hardly diminish the appeal of the dynamic battles for the ball.

Working in tandem with the aggressiveness defenders go after balls in the air, you’re also likely to find them in better positions to make a play on the ball because of improvements in how the AI performs within pass coverage schemes. In zone coverages, you’ll see fewer instances where defenders fail to properly patrol their assigned areas of the field, and instead they will latch onto receivers with incredible awareness and stick closely with them even in cases where it makes sense to follow that receiver beyond their assigned zone. But it’s clearly man coverage that has seen the most improvement this year, as a previously unreliable scheme has been revamped to allow defenders to now run stride for stride with receivers (sometimes even making cuts in unison with them), and will have quarterbacks thinking twice about challenging them. But before anyone thinks coverage is so tight it will be impossible for anyone to ever get open, rest assured coverages still break down at times, and receivers will regularly flash open for small windows of time. The point is you need to be keenly aware of where the superior defensive backs are on the field at all times because they are just as tough to beat consistently as they are in real life. 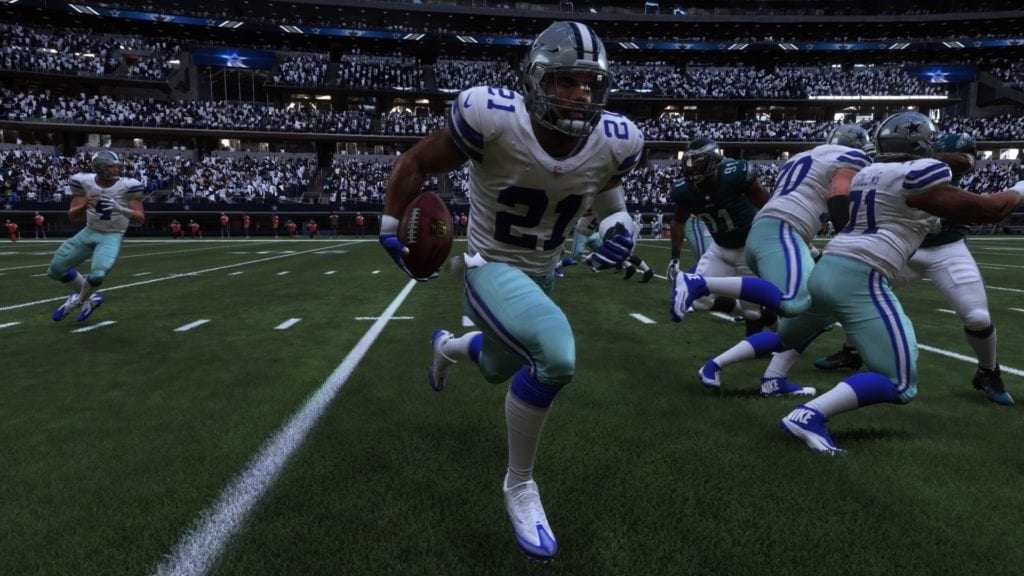 Madden 19’s new Real Player Motion is bound to take a while to get used to for anyone who played Madden 18. For one thing, there are moments where it feels like players are not running as fast as they should be, and then there are other moments where it just looks plain weird — as if your player were jogging or even high-stepping like Deion Sanders rather than sprinting how you’d want. But ultimately, it does seem as if this new system at least works as intended the majority of the time, making acceleration and speed more representative of players of different shapes and sizes. This system also impacts how they turn, cut and move their way up the field, making players look a little more like flesh-and-blood humans now. It successfully eliminates the superhuman abilities players displayed in the past at changing directions without significantly losing any momentum, though it may be something that gets tweaked either in patches or next year to address some of the instances where it looks and feels especially unnatural. Obviously, the virtues of RPM are especially felt in the running game, where it’s more important than ever for a back to make a cut or hit a hole at the right time. They are also much more adept at maneuvering around blockers and maximizing runs for as many yards as possible by pushing the pile.

Madden’s most popular (or at least, most lucrative) mode, Madden Ultimate Team, returns for another year, and though there aren’t any monumental changes in Madden 19, there are at least some new wrinkles to keep things interesting. For instance, the introduction of cards that can be upgraded with training points forces you to make new considerations when building your team, as there’s an inherent strategic element in deciding which player is worthy of spending your valuable training points on at any given time. There also appears to be an emphasis on appeasing users who don’t have any burning desire to play MUT online with plenty of solo challenges to keep them busy, including an opening series of them that functions essentially as a season for your team — forcing you to complete several challenges within each of the 16 games (and postseason) on your schedule. You can even join up with a couple of friends and play MUT Squads against the CPU this year. With plenty of coin and pack rewards to be earned along the way, it’s entirely possible to put together a respectable squad just by completing solo challenges (and new solo battles) that will earn you a host of select legends and elite players. 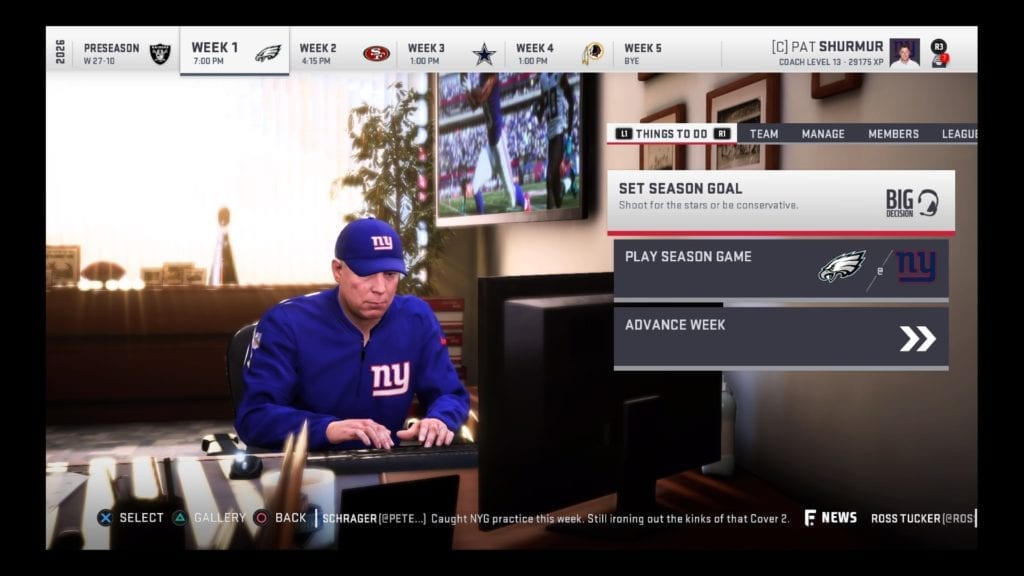 It’s not like Longshot’s second chapter, Homecoming, is especially terrible or anything, but it ends up coming across as a rather mediocre sports movie. The story is just sort of there, and the on-field moments you control are awkwardly shoe-horned into the narrative, so the gameplay and narrative don’t do much to lift each other up. Picking up the stories of quarterback Devin Wade and receiver Colt Cruise, we find Devin struggling to make the Cowboys’ roster in training camp, and Colt being introduced to his teenage half-sister, Loretta, while trying to establish himself in the music biz. Colt’s story takes a little too long to get back around to football, while Devin disappears for a large chunk of time after a sudden and incredibly improbable twist to his story. There’s a clichéd development involving Colt’s old high-school coach, lots of hokey speeches set to stirring strings, a misplaced Rob Schneider seemingly unsure if he’s providing comic relief or not (he’s not), and a storyline to save the high-school team that’s straight out of the Friday Night Lights playbook. Even when you do get a chance to get out there and play some football, there’s little variety to the challenges, and it too often feels like how you perform doesn’t alter or affect the story in any meaningful way.

Your appreciation for the changes within Madden’s franchise mode may sadly hinge on how much enjoyment you get from looking at the inside of an office. It’s downright hilarious to think that EA could have possibly believed what anyone thought was missing from franchise mode was a chance to see your coach, owner or player in his natural habitat, even if all that includes is the excitement of watching someone talk on a phone or sit at a desk typing away. Aside from that, the franchise improvements this year amount to little more than a fresh coat of paint rather than any sort of meaningful overhaul. This includes a tweaked progression system that’s really intended as a quick fix to remove cheap exploits from users who had learned which attributes to focus on in order to create superior players. Custom draft classes are fun (and long overdue), sure, but that’s hardly enough to keep the mode from feeling a little bit stale at this point.

While this isn’t necessarily a year where EA has attempted to implement any earth-shattering new features or modes, Madden 19 succeeds precisely by eschewing those in favor of getting some of the core fundamentals of football right. It may not be all that exciting to some to hear things like realistic running and better pass coverage cited as a couple of the more important items Madden 19 has to offer, but these improved components go a surprisingly long way in creating a more rewarding experience on the field. By getting back to basics and correcting these vital aspects of football that influence every single play, EA has created some integral building blocks that are necessary to take the game to the next level.