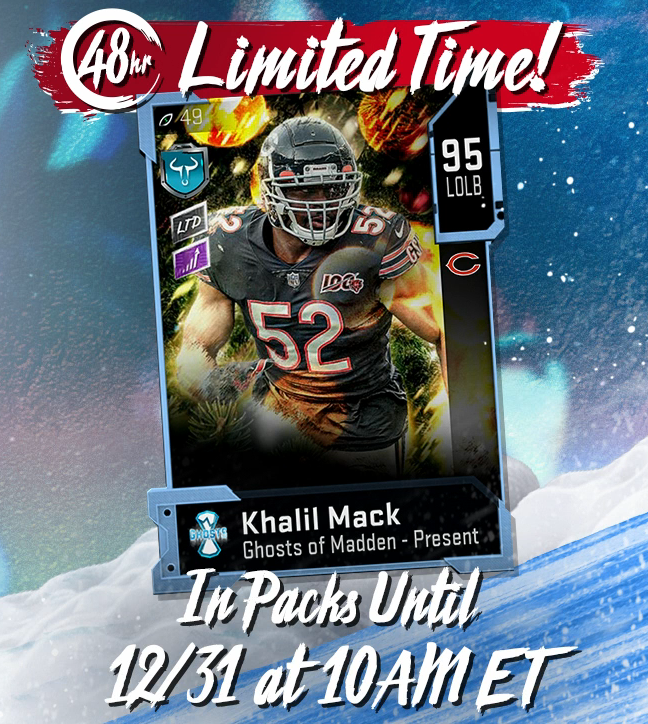 The weekend was punctuated by two Chicago Bears coming into our lives in updated form. Those Bears were of course the Legends Charles “Peanut” Tillman, and Ghosts Khalil Mack. 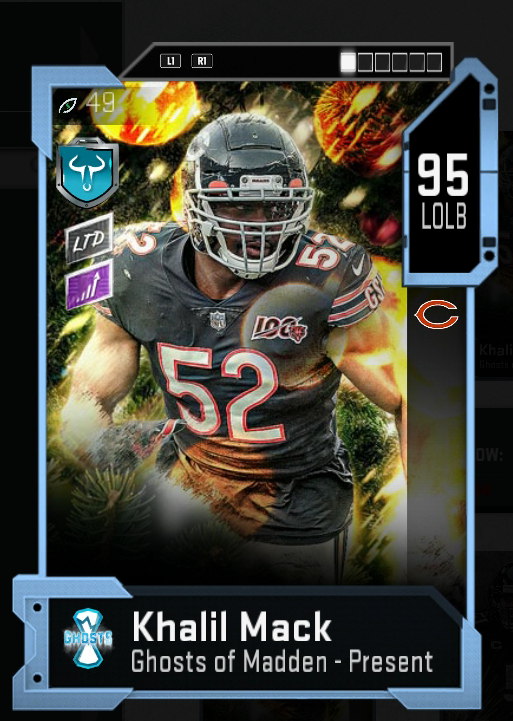 So yeah, this Mack card looks insane. Mack and Lawrence Taylor are now the speed demon edge rushers who are here to ruin your already minimized pass game. This is a great Limited card, and I suspect his price will hold more than most have been lately (outside the NFL 100).

In tandem, you get an updated Charles Tillman from the Legends drop on Saturday. This card won’t rival the NFL 100 corners, and we are saturated with good corners at this point either way, but it’s still a solid get for the Bears theme team. Tillman’s strength was of course forcing turnovers, and I don’t think that will quite continue on into Madden in a unique way that helps him rise above the competition. 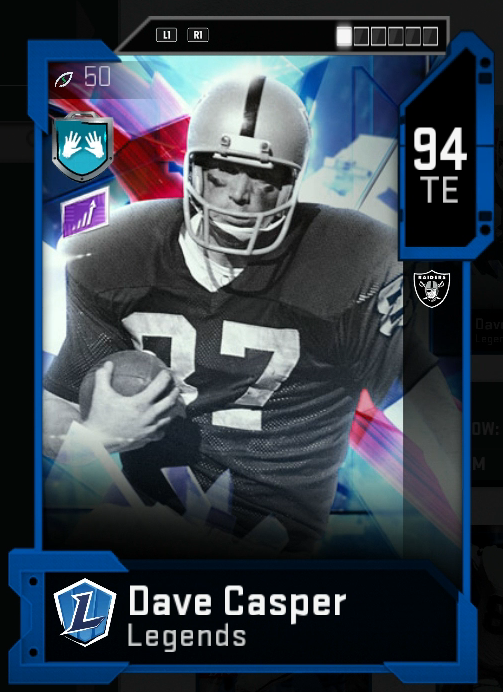 Casper has been kicking around in MUT before this as well. He’s previously been a solid possession tight end who now has better speed with this card to help him rise up the ranks.

With Tillman and Casper, the sets involve collecting their other five versions and trading them in for the updated Legend. You can also get their Power-Up item in Solos.

We already knew Mack was coming due to EA’s own whoopsie leak (I’ll refrain from posting it for spoilers), and we still know a couple other players on the way in the near future due to the same leak. It will be interesting to see if those reveals happen tomorrow, or some players we didn’t already know about take center stage instead.

As always, feel free to check out our Zero Chill guide for anything you may have missed during this promo.